It has been nearly a decade since 15-year-old Hadiya Pendleton was shot dead in Chicago, but the Obamas are still keeping her legacy alive in the South Side at the Obama Presidential Center.

Former first lady Michelle Obama, who attended Pendleton's funeral in 2013, announced in a video message Friday that the Winter Garden at the Obama Presidential Center will be named after Pendleton.

"To this day, I carry Hadiya's story with me everywhere I go," she said. "I know that Hadiya's loss is still raw and devastating for so many of us, especially on the South Side. But hopefully this garden can help share her light with even more people for generations to come." 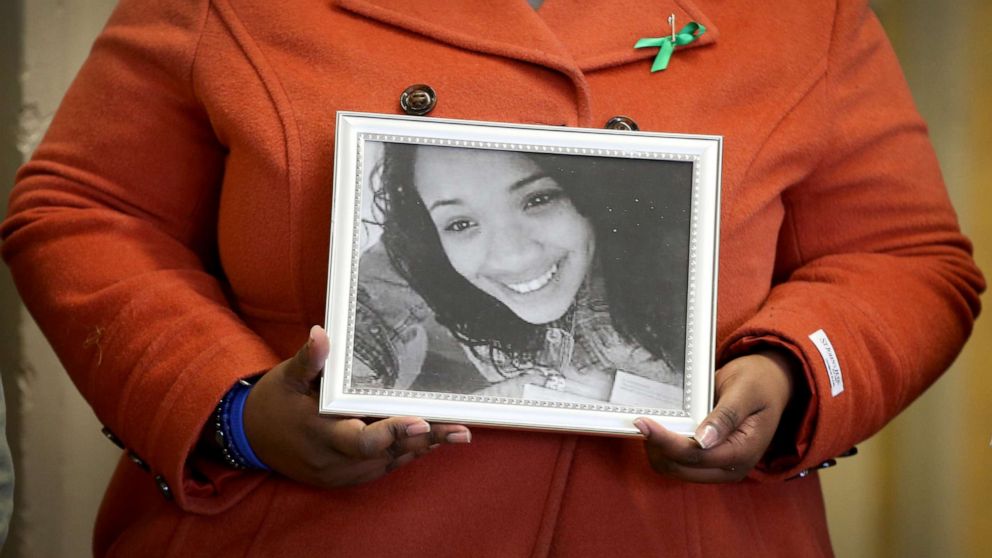 Pendleton, a Black girl who attended King College Prep High School, was shot in the back and killed on Jan. 29, 2013, about a mile away from the Obamas' Chicago neighborhood. She was a majorette in school and one week before she was killed, her drill team performed at Obama's second inauguration.

The then-first lady attended Pendleton's funeral in 2013, where she met with Hadiya's family and friends.

In the video, Obama said that while she never met Hadiya in person, she saw the "extraordinary power and potential that lay inside of this young woman" through speaking with her loved ones.

During the presidency of Barack Obama, Pendleton became a symbol for the tragedy of gun violence in Chicago, and her story became a rallying cry for gun reform around the country. 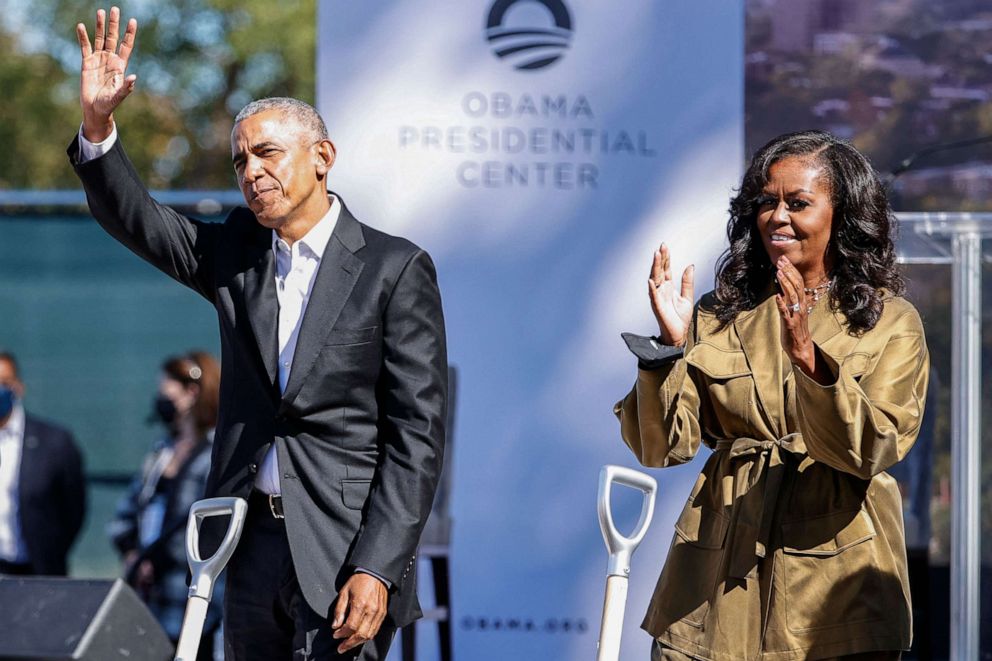 Her mother, Cleopatra Cowley-Pendleton, also became outspoken about the issue of gun control since her daughter's death and delivered an address at the Democratic National Convention in 2016 on the issue.

Lessons from a 'violence interrupter' as shootings continue to ravage Chicago

In a video message shared by the Obama Presidential Center, Cowley-Pendleton said that her "heart just melted" when she found out that the Winter Garden would be named in honor of her daughter, because she "knew people would be saying her name."

Hadiya's parents were guests of the Obamas at the 2013 State of the Union address, where the then-president mentioned Hadiya by name in a message about gun violence.

"One of those we lost was a young girl named Hadiya Pendleton. She was 15 years old. She loved Fig Newtons and lip gloss. She was a majorette. She was so good to her friends they all thought they were her best friend," Obama said in his Feb. 12, 2013 address to the nation.

"Hadiya's parents, Nate and Cleo, are in this chamber tonight, along with more than two dozen Americans whose lives have been torn apart by gun violence. They deserve a vote. They deserve a vote," Obama added, calling on Congress to pass bipartisan gun control legislation. 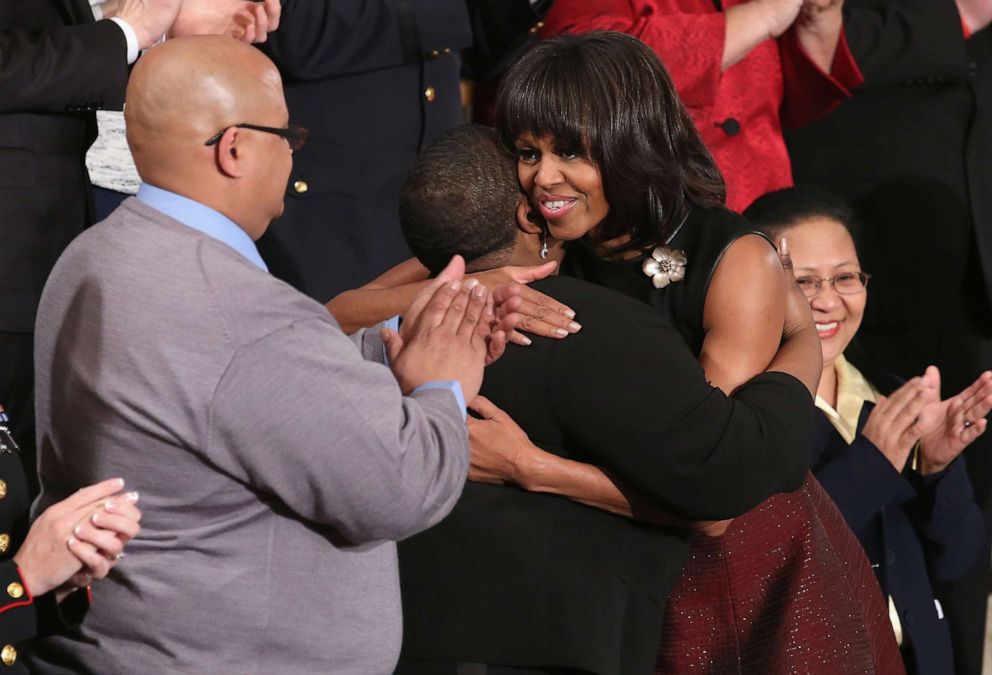 In August 2018, two men were charged with first-degree murder for Pendleton's killing.

Ahead of the September 2021 groundbreaking of the Obama Presidential Center, the former president reflected on the gun violence that has plagued Chicago in an exclusive interview with "Good Morning America" anchor Robin Roberts. 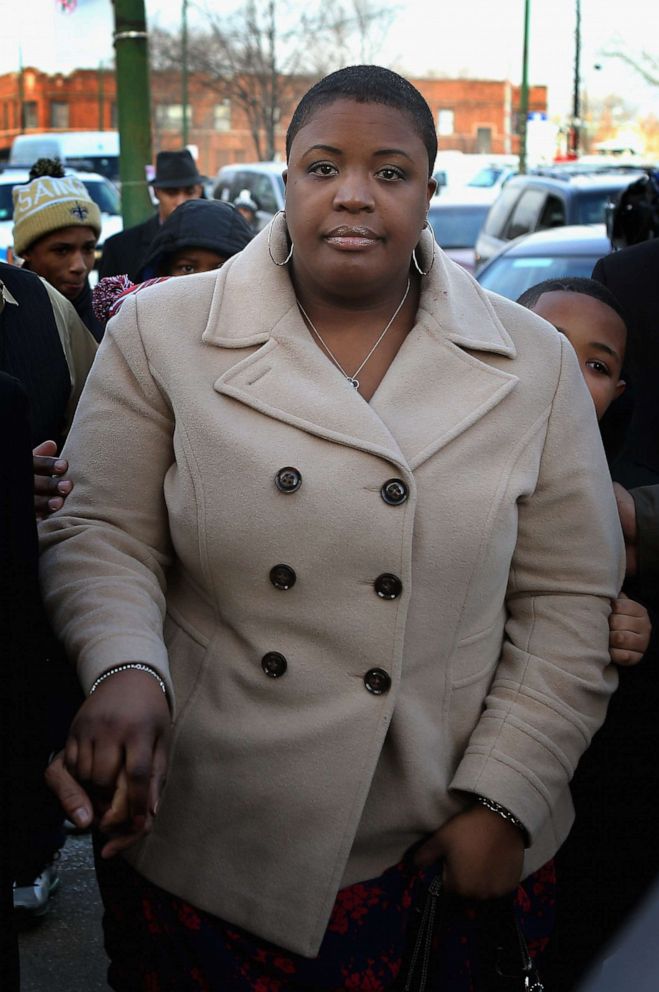 Scott Olson/Getty Images, FILE
In this Feb. 8, 2013, file photo, Cleopatra Pendleton arrives for the wake of her 15-year-old daughter Hadiya Pendleton at the Calahan Funeral Home in Chicago.

The former president said that tackling the problem is a "generational project" -- one that he intends to address through Obama Presidential Center programs like My Brother's Keeper, which works to create opportunities for boys and men of color in underserved communities.

"If we're doing that in a systemic way, year after year, then over time we can reduce these incidents of violence," he said. 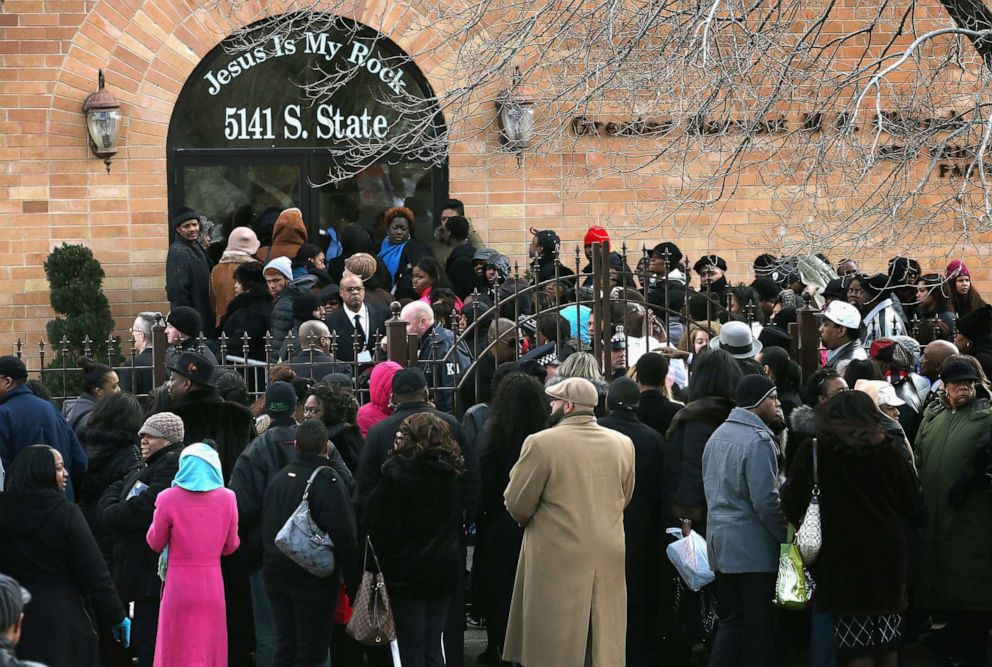 Scott Olson/Getty Images, FILE
In this Feb. 9, 2013, file photo, an overflow crowd stands outside the Greater Harvest M.B. Church during the funeral of 15-year-old Hadiya Pendleton in Chicago.

Gun violence has continued to skyrocket in Chicago, and according to a January 2022 report from the Cook County medical examiner's office, more people were shot to death in Chicago and the surrounding Cook County in 2021 than in any other year on record.