The Obama Presidential Center will provide economic investment and opportunities for young people on Chicago's South Side, President Barack Obama said an interview with "Good Morning America" co-anchor Robin Roberts ahead of the center's grand opening.

Obama has a personal connection to the area; he said that he first "learned how to work in public service as a community organizer" and announced a run for political office in the South Side.

"But part of it is also because I believe that both here, in America, and around the world, we're at a critical juncture where we can either go down the path of division and conflict and tribalism and cynicism, or we can pull together and solve big problems," Obama said. "And a test case is in a city as wealthy as Chicago, in a country as powerful as the United States; is everybody included? And, you know, here on the South Side, there's young people who are enormously talented, enormously gifted, but often forgotten."

Those young people on the South Side of Chicago -- a predominantly African-American area of the city which has historically faced redlining, divestment and discrimination -- are often surrounded by "poverty, crime and drugs," Obama said.

"And so, for us to be able to build a world-class institution that will attract millions of people and bring billions of dollars of benefits and thousands of jobs into a community that so often is forgotten, [that] hopefully will send a signal that those young people count. Those young people matter," he added. 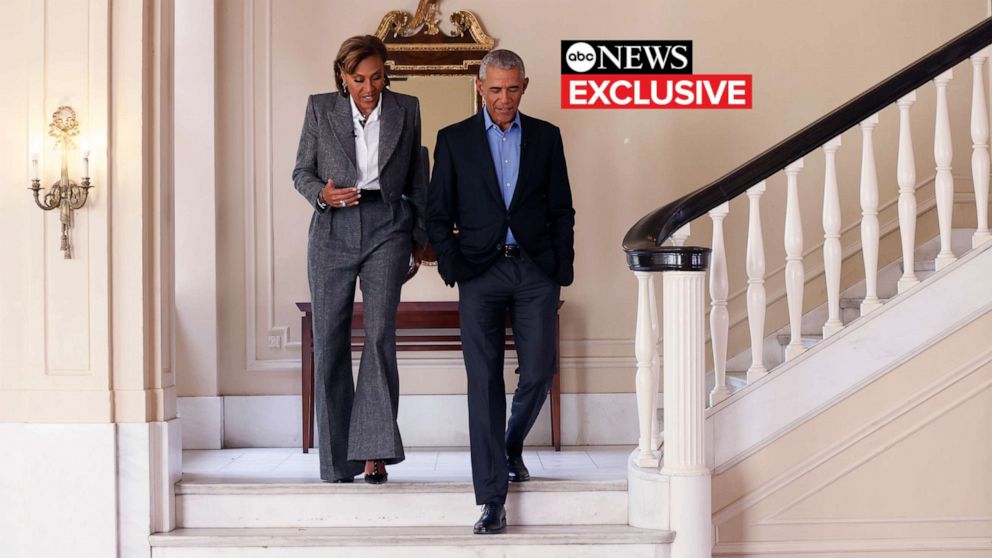 Building the center will also help give people from the South Side jobs and train them in professions that can be of use to them in the future, Obama said.

The Obama Presidential Center differs from previous presidential libraries in that it is not run by the National Archives and Records Administration. It will host a branch of the Chicago Public Library, but the records themselves will be digitized and stored elsewhere.

The center's planning has not been free of controversy; it has previously faced lawsuits over its location in Jackson Park, a public park that is on the National Register of Historic Places and was designed by Central Park designer Frederick Law Olmsted.

Community activists on the South Side of Chicago have also called on the Obama Foundation and the city of Chicago to ensure current residents are not displaced from nearby neighborhoods through gentrification.

Obama told Roberts he is confident that the center will enhance the park, and that he and the Obama Foundation have "gone through such an exhaustive process" to get community input in developing the establishment.

He had previously said that he did not want to sign agreements with community groups, because he did not think those agreements could represent everyone. 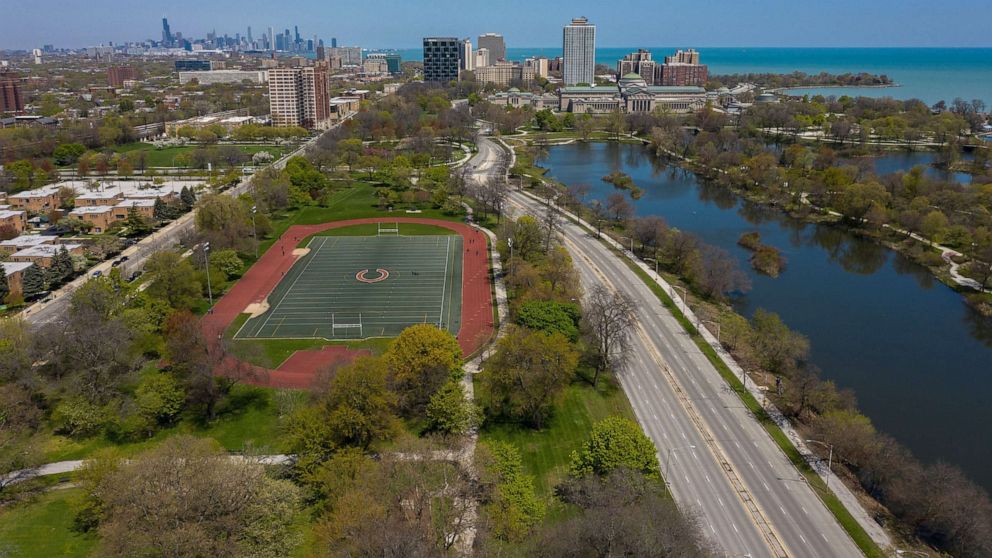 Chicago Tribune/TNS via Getty Images, FILE
In this May 13, 2020, file photo, an aerial view shows the proposed site for the Obama Presidential Center in Chicago's Jackson Park.

All in all, Obama said he wants the center to send a message of empowerment.

"Ultimately, what we wanna do is empower [people in the community] to do the work where they live in their various communities. And part of the goal of the presidential center is anybody who visits the museum, we want them to come through and, at the end of the museum, we're gonna be asking them the question, 'How can you make a contribution?'" Obama told Roberts.

"We wanna be able to say to them, 'Look, this isn't about some president over there. This is about citizens like you who could make a difference,'" he added.