Abbigail Bugenske now has a million-dollar check to go with her clean bill of health.

Ohio lottery officials revealed Wednesday evening that Bugenske, a resident of Silverton, was the first winner of the state's much-anticipated "Vaxx-a-Million" sweepstakes. The five-week contest is offered to all residents who received at least one COVID-19 vaccine shot.

MORE: This is why vaccine lottery prizes may work for some, according to psychology experts

The state also announced that Joseph Costello of Englewood won a full college scholarship to a state school -- the prize for entrants under 18.

Congrats, Joseph! You just won a full-ride college scholarship! If you’re between 12 and 17 years-old and had at least one dose of the vaccine, you could be next! Sign up at https://t.co/ZmJ8iKoSlV! pic.twitter.com/StHlWewhW5

More than 2.7 million adults entered the drawing for the $1 million prize and over 104,000 12- to 17-year-olds entered the competition for a chance to win the scholarships.

The drawing was held on Monday and conducted by a random number generator, but lottery officials said they needed time to verify the winners' vaccination status before they could be announced.

DeWine announced the competition, which is funded by federal COVID-19 stimulus money, on May 12 as a way to raise the state's vaccination numbers. 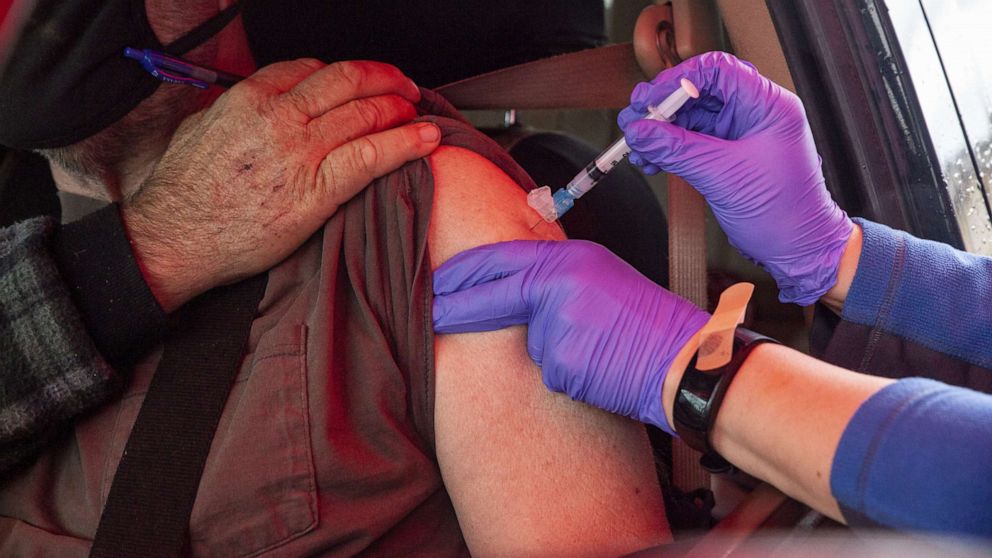 Stephen Zenner/Bloomberg via Getty Images
A healthcare worker administers a dose of the Moderna COVID-19 vaccine to a person in a vehicle at a drive-thru vaccination site at the Meigs County fairgrounds in Pomeroy, Ohio, March 18, 2021.

Four more drawings for a million-dollar prize and college scholarships will take place each Monday in June.

Once a resident enters the competition, it will remain in the system until the contest is over and they do not need to reapply, according to officials.

As of Wednesday, 4.5 million state residents, about 39.19% of the entire Ohio population, are fully vaccinated, according to the Ohio Department of Health. The state had a peak seven-day average of new doses administered on April 18 with 125,600, but it has declined to 46,588 as of Wednesday, according to health department data.

However, since DeWine announced the competition, health officials said they saw an uptick in first-dose administrations. There have been a total of 287,013 new first doses administered over the last two weeks, a 5.8% jump from May 12, according to the data.

Vaccinations rose for all age groups, according to the health department.

Robert Williams, a professor of health sciences at the University of Lethbridge and a research coordinator for the Alberta Gambling Research Institute in Canada, told ABC News that those hesitant to get vaccinated because they fear unlikely side effects might actually be "optimally suited" for a vaccine lottery incentive.

"If you can convince yourself you have a realistic possibility of winning the lottery, you may be the same kind of person who has an unrealistic view of blood clots," he said. 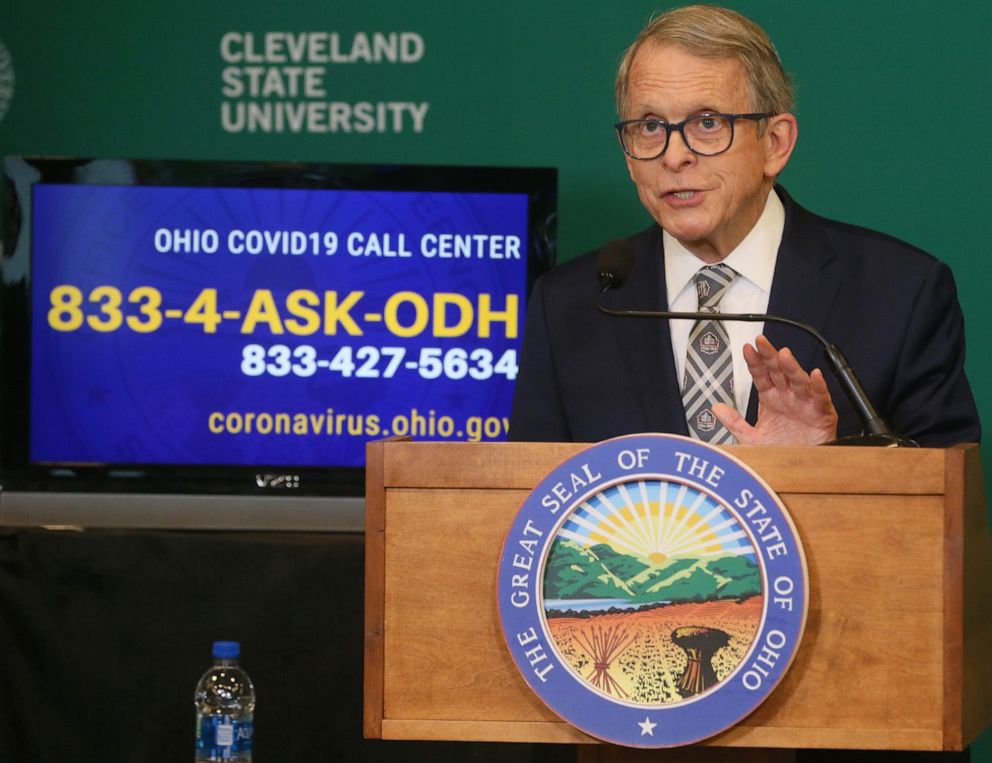 Other states have held incentives to increase their waning vaccination numbers. New Jersey and Connecticut are offering free beers to adults who get their shots, West Virginia is offering a $100 state savings bond and New York is offering free subway cards.

"People do care about getting vaccinated, but it turns out they also have other things they care about," he said. "We encourage states to use their creativity to draw attention to vaccines and to get their states and the country back to normal as quickly as possible."

On Wednesday, New York Gov. Andrew Cuomo announced an additional competition that's open to the state's 12- to 17-year-olds. Residents in that age group who gets vaccinated can enter to win one of 50 full college scholarships, including books and room and board, to any State University of New York or City University of New York.