The family of former U.S. Marine Paul Whelan, who has been held in Russia for more than three years, said they now have "a little bit of hope" after learning that the United States has offered a prisoner swap to bring home Whelan as well as another detained American, professional basketball player Brittney Griner.

"The offer that the U.S. government has made -- and extraordinarily made public -- is super. Hopefully the Russian government will take the concessions that have been made and allow Paul to come home," Whelan's twin brother, David Whelan, told ABC News' Robin Roberts during an interview Thursday on "Good Morning America."

It's the first time the Whelan family has spoken out since U.S. Secretary of State Antony Blinken announced Wednesday that he will hold a call with Russian Foreign Minister Sergey Lavrov "in the coming days." A critical topic of discussion will be securing Whelan and Griner's freedom.

Blinken revealed the U.S. government had already "put a substantial proposal on the table weeks ago to facilitate their release" and remains hopeful for a breakthrough in their cases.

Neither Blinken nor White House spokesman John Kirby would confirm details -- only reiterating that such cases were delicate, requiring the balance of national security interests with the importance of protecting Americans abroad.

"We're still hoping that this proposal will be accepted by the Russians and that we can move forward and bring Brittney and Paul home to their families where they belong," Kirby told ABC News' George Stephanopoulos during an interview Thursday on "GMA."

"We're not going to get too much into the details here of the negotiation and the proposal that we set forth. We want to make sure that we can preserve a little bit on that so that we can actually have useful, productive discussions with the Russians in private on this," he continued. "There was an awful lot of discussion about whether we should even acknowledge that there was a proposal. But ultimately we came down on the side that it was important to put this out there, that the American people know how seriously President Biden takes his responsibilities to bring American citizens home when they've been unjustly detained. But we also thought it was important for the world to know how seriously America takes that responsibility." 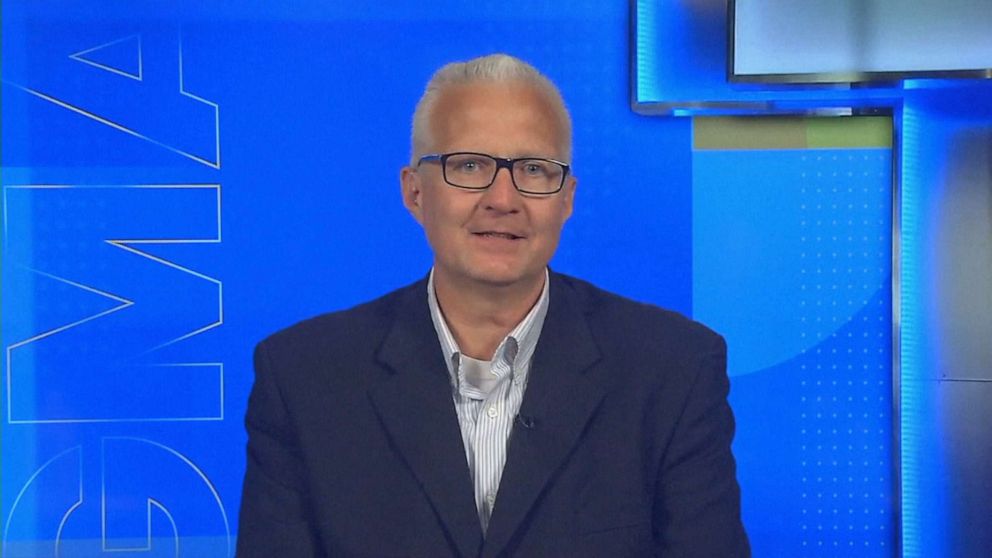 Three sources familiar with the offer confirmed to ABC News that the U.S. had proposed exchanging convicted Russian arms dealer Viktor Bout in order to secure Griner and Whelan's release from Russia. CNN was first to report this plan.

"We speak to people in the State Department and the National Security Council on a regular basis, but not to this level of detail. I think we were all taken by surprise yesterday when the announcement was made," David Whelan told ABC News. "And it's nice also to know that the offers are being made -- that perhaps this is the only one that's been made public, but there may have been other offers made in the past by the U.S. government."

At a press conference in Moscow on Thursday, Russian Ministry of Foreign Affairs spokeswoman Maria Vladimirovna Zakharova confirmed that "the issue of mutual exchange of Russian and American citizens, staying in places of detention on the territory of the two countries, was discussed at one time by the presidents of Russia and the United States," but "a concrete result has not yet been achieved." Meanwhile, Kremlin spokesman Dmitry Peskov told reporters that "there are no agreements in this area yet."

MORE: Brittney Griner testifies in Russian court as US works to secure her release

When asked whether Washington was going public with the proposal now to put pressure on Moscow, a senior White House official told ABC News on Thursday that they would not push back on that characterization. The official would not comment on whether the White House is concerned Moscow will demand two for two, that Bout may not be enough to secure Whelan and Griner's freedom.

Paul Whelan, a 52-year-old former Marine and Michigan-based corporate security executive, has been held in Russia since he was arrested there in December 2018 on espionage charges, which both he and the U.S. government claim are false. In June 2020, he was found guilty and sentenced to 16 years of "hard labor" in a Russian prison.

"We do worry about his condition," David Whelan told ABC News. "He's in a labor colony in Russia -- the food's not great, the environment's not great. He's lost about 20% of his weight since he was arrested. We know that he is not being given proper nutrition because that's the normal diet in a Russian prison and we have to supplement that with quarterly packages of dried fruits, nuts, things like that to make sure he stays healthy." 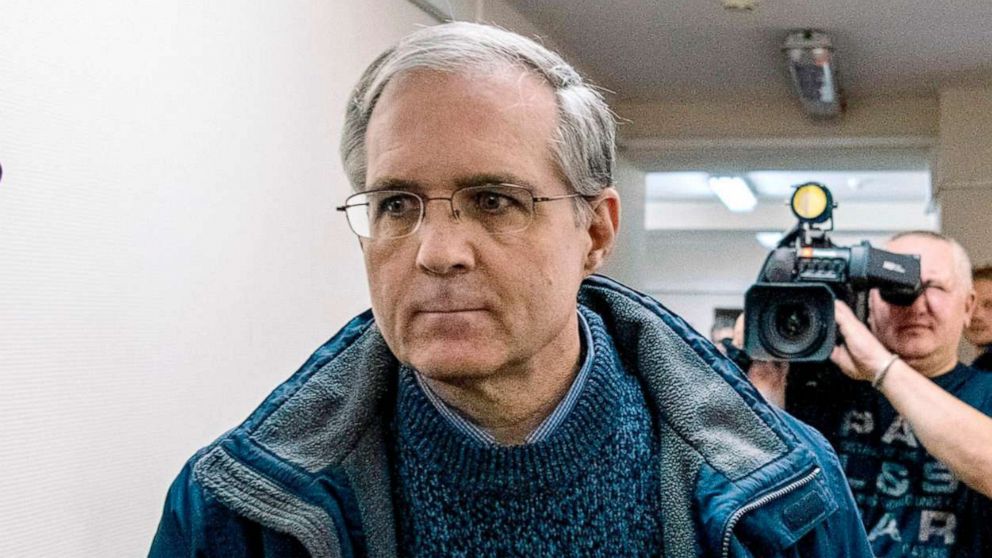 Dimitar Dilkoff/AFP via Getty Images, FILE
Paul Whelan, a former US Marine accused of espionage and arrested in Russia in December 2018, is escorted for a hearing to decide to extend his detention at the Lefortovo Court in Moscow, on Oct. 24, 2019.

Griner, a 31-year-old Houston native and star center for the Phoenix Mercury, was returning to Russia to play in the WNBA's offseason when she was detained at Sheremetyevo International Airport in the Moscow suburb of Khimki on Feb. 17, after being accused of having vape cartridges containing hashish oil, which is illegal in the country. The two-time Olympic gold medalist has been held in Russia ever since and is currently on trial for drug charges.

Griner pleaded guilty in a Khimki court last week, saying that she mistakenly left the cartridges in her luggage and had no "intention" of breaking Russian law. If convicted, she faces up to 10 years in prison and also has a right to an appeal.

The U.S. Department of State has classified both Whelan and Griner as "wrongfully detained." Griner remains classified as such even though she has pleaded guilty, a senior White House official confirmed to ABC News on Thursday.

David Whelan thanked Griner and her supporters for being "very gracious in including Paul's case" in their calls for her release.

"It's been a huge help for someone like Paul, who doesn't have the same celebrity," he told ABC News. "Really, there are so many Americans who are in wrongful detention around the world. Anything that raises awareness about those cases -- and Paul's, in particular for our family -- is hugely appreciated."

Although David Whelan said he hasn't spoken to his brother since October 2018, their parents are able to speak to him on a pretty regular basis," as recently as "a few days ago."

"When they speak to him again, they're going to be able to tell him about Secretary Blinken's statement," he added. 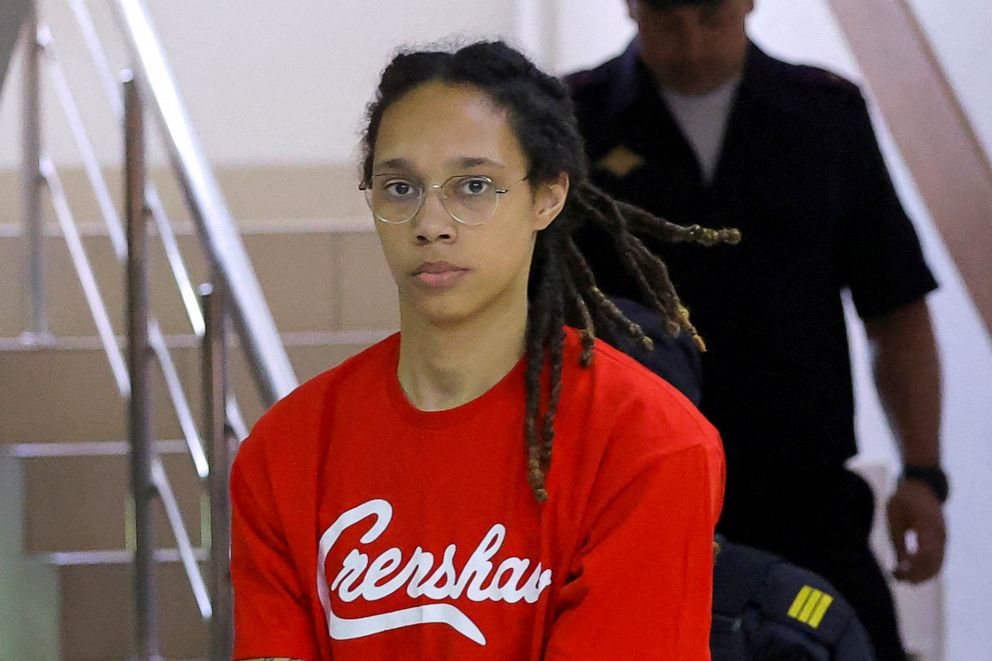 He said their family is not discouraged by the fact that the U.S. made the offer to Russia weeks ago.

"We have been working on this for over three and a half years, Paul's been detained for 1,300 days, and so a couple of weeks really don't seem that long in that perspective," he noted. "It obviously must have taken them quite a while to even make the offer in June, so that means they've been working on these sorts of issues for many months -- both the offer that was made in June and then the executive order that is a deterrent against wrongful detentions the president signed in early July."

Last week, U.S. President Joe Biden signed an executive order that codifies a 2020 law dealing with Americans held hostage or wrongfully detained abroad. The directive authorizes the federal government to impose financial sanctions on those who are involved -- directly or indirectly -- in wrongfully detaining U.S. citizens abroad and reinforces efforts to support the families of these Americans, according to the White House.

David Whelan described his twin brother as a "kind" person with a "very large sense of humor" and a "loud laugh."

"I think he got into trouble for his kindness," he told ABC News. "He went to Russia to help a fellow Marine who was getting married there and then was entrapped by another friend. So unfortunately, his friendships and his kindness have in some way contributed to this problem."