As Americans across the country watch the situation in Afghanistan grow more chaotic, many are likely wondering how to help the thousands of Afghan nationals who have fled their country.

On Monday, planes that were part of the Civil Reserve Air Fleet program, which compels commercial airlines to provide aircraft for the emergency airlift landed in Dulles Airport in Virginia, carrying hundreds of passengers, the first of many who will flee to the United States. A White House official said Tuesday that about 21,600 people were evacuate from Kabul in a 24-hour period, totaling more than 58,000 since Aug. 14. Since the end of July, the White House reports that more than 63,900 people have been relocated since late July.

Many of those fled with only a small suitcase or even just the clothing on their backs, leaving a major challenge settling into a new life. 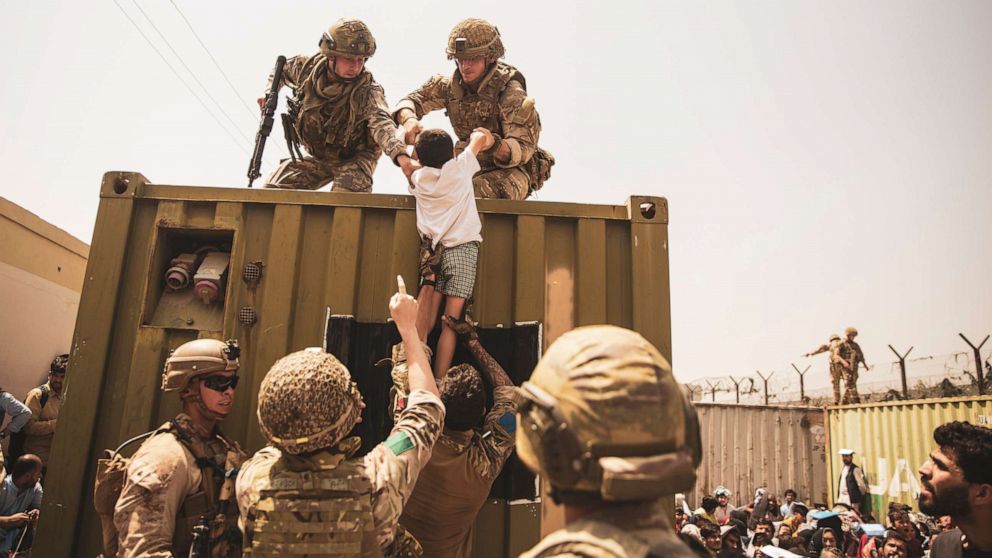 There are many ways to help incoming refugees settle in the U.S., from donations of goods and services to volunteering time to give rides and provide for other needs. Krish O'Mara Vignarajah, the president and CEO of Lutheran Immigration and Refugee Service, a nonprofit organization that aids refugee relocation, said that that there is need for basic necessities and cash assistance.

"Contributions of goods are so helpful as we provide those basic necessities to these families and children in the first few days and first few weeks on American soil," O'Mara Vignarajah told ABC News. "You know some of these families have literally no connections here in the U.S."

MORE: Afghanistan updates: Biden vows to evacuate Americans and Afghan allies, says there may be 'loss'

Aundrea Paulett, who works in external affairs at the U.S. Embassy in Afghanistan, said that the needs also go beyond the basics, citing the importance of volunteers to give refugees rides to appointments, to help translate and for help with legal services when it comes to navigating the immigration system.

Paulett also encouraged people "to be very patient" with refugees as they may face culture shock.

"They're not going to know English, so patience is going to be the biggest key for them to feel safe here," Paulett said. 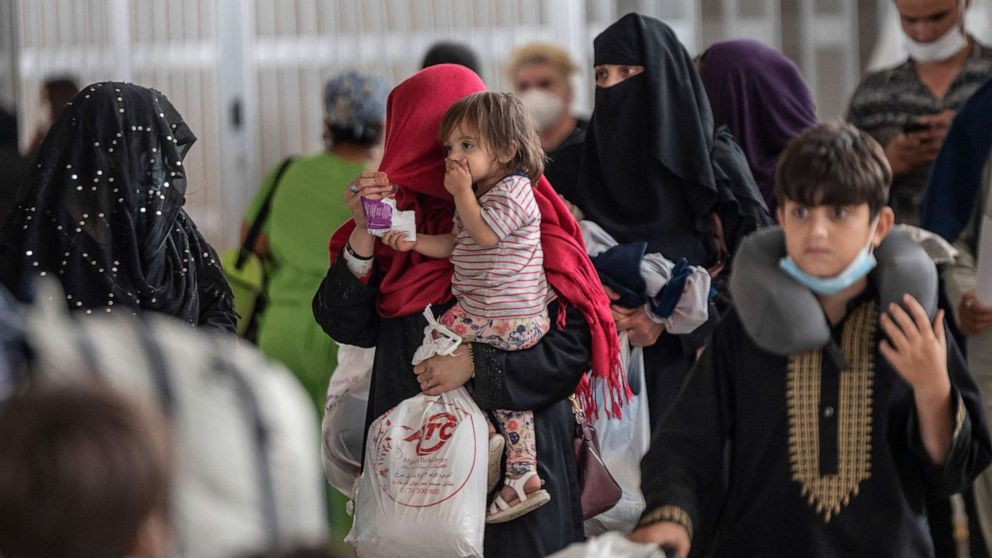 Andrew Caballero-reynolds/AFP via Getty Images
Refugees from Afghanistan are escorted to a waiting bus after arriving and being processed at Dulles International Airport in Dulles, Va. on Aug. 23, 2021.

But Paulett and O'Mara Vignarajah also noted that people should be cautious about where their donations go. O'Mara Vignarajah said that there are many established and well-vetted organizations that are able to navigate the complexities of settling refugee families. Paulett also said that local mosques are a good place to donate, as mosques may provide connections and support for recently settled refugees.

Beyond goods and services, groups are urging Americans to wield their political power and contribute through activism.

MORE: Chaos at Kabul airport amid struggle to flee

"At this critical moment, we also need public pressure on the Biden administration to keep America's promise to protect Afghan allies," Nisha Agarwal, the deputy executive director of the International Refugee Assistance Project, said in a statement to ABC News. "The U.S. government must secure Kabul airport and ensure continuous access to it to vastly expand evacuation of Afghan allies and refugees before it is too late."

O'Mara Vignarajah said that it is an all-hands-on-deck effort to help refugee families get settled. A lot of that effort will come from community members who feel compelled to help, especially in states like California, Texas and Virginia, which are set to accept many of the refugees, according to Paulett. 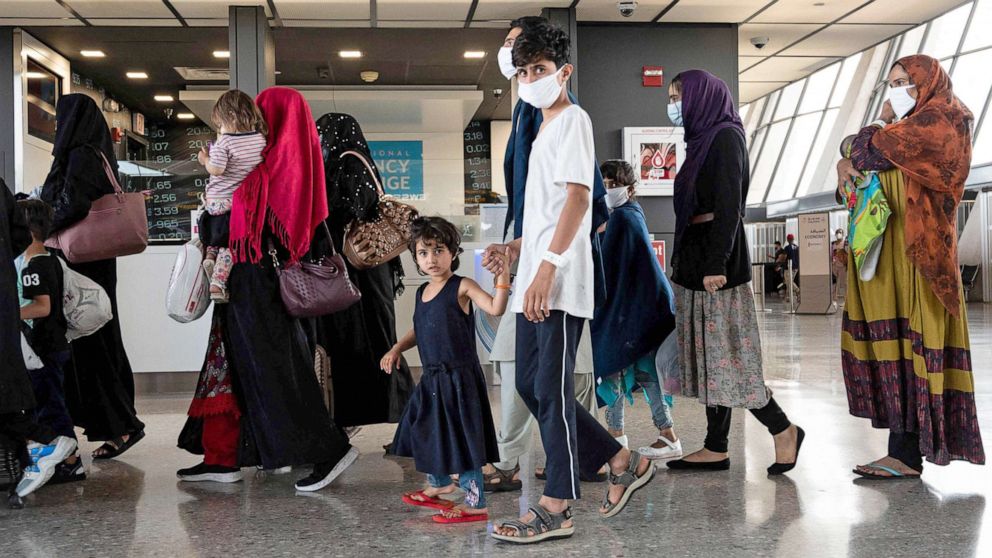 Andrew Caballero-Reynolds/AFP via Getty Images
Refugees from Afghanistan are escorted to a waiting bus after arriving and being processed at Dulles International Airport in Dulles, Va., Aug. 23, 2021.

One of those community members is Fatima Popal, one of the co-owners of a group that operates Washington, D.C., restaurants Lapis and The Berliner. Popal utilized social media to collect donations of supplies, including clothing, household supplies, toiletries and gift cards.

"As Afghans, we felt a little helpless sitting here, not being able to do anything for our homeland, for our people," Popal said. "And so we decided we can't just sit here idle and do nothing, so the best thing that we can do is try to help those that are resettling here in the ... area, and try to make their transition a little bit smoother by getting all these donations."

MORE: An Afghan family's harrowing account of getting to Kabul's airport

Popal teamed up with organizations such as the Lutheran Immigration and Refugee Service and the International Rescue Committee to get donations where they were most needed. Popal said that the outpouring of "love and support" from the community has been inspiring.

"It's just one of the most beautiful things, considering what is going on around the world, not just in Afghanistan, but everywhere else," Popal said. "So you can see that humanity is still not lost and that's the beauty of what I see today and from the people that are volunteering and donating."

Here are some organizations that accept donations for Afghan refugees: