Queen Elizabeth has marked the eve of her Platinum Jubilee with a request that her daughter-in-law Camilla, the Duchess of Cornwall, be known as queen consort when her son Charles succeeds her as king.

"And when, in the fullness of time, my son Charles becomes King, I know you will give him and his wife Camilla the same support that you have given me," she wrote in the statement to mark her 70 years on the throne, "and it is my sincere wish that, when that time comes, Camilla will be known as Queen Consort as she continues her own loyal service."

This is the first time the queen has publicly addressed her daughter-in-law's role in the future monarchy.

In response to the queen's remarks, a spokesman for Prince Charles and Camilla told ABC News they are "touched and honoured by Her Majesty's words," adding that the Prince of Wales will issue his own statement congratulating the queen on her milestone Sunday.

When Charles and Camilla married in 2005 there was some debate as to what title Camilla, a divorcee, would take when Charles became King. At the time of their wedding a spokesperson for the couple suggested she would take the title Princess Consort.

“It's a hugely significant intervention to support Camilla to be known as Queen Consort when the Prince of Wales becomes king” Imogen Lloyd Weber, ABC News royal contributor, said.

“Now, royal aides insisted when Charles married Camilla back in 2005 that she intended to be princess consort, that was a deference to Princess Diana and her popularity. This marks a significant shift in policy," Weber said.

"This really is an important moment for the queen using this historic milestone of the 70th anniversary of her reign to give Camilla, her daughter-in-law, her blessing, that she wants her to be the queen consort when the moment comes," explained ABC News Royal Contributor Robert Jobson.

Queen Consort is the title given to the spouse of a king, and under U.K. law, whoever is married to a king would immediately become that, and be known as Queen. There was some concern when the couple married the public might resent Camilla being known as Queen Camilla, which is why this Princess Consort title was suggested.

"It's the first time really she's spoken about the succession in such detail and she's really saying when Prince Charles becomes king he deserves to have the support and love of a consort like she did with Prince Philip," Jobson added.

There have been indications that this was the queen's intention, and that she is grateful to her daughter-in-law for the support she gives her son. Most recently, the queen gave the Duchess of Cornwall a significant honor, appointing her to the Order of the Garter late last year.

This is pretty major. Queen Elizabeth has let it be known that she'd like Camilla to be known as Queen Camilla, when Charles becomes King.

Mistresses have been made Queens before, of course. But after all the drama of the Diana years, this is quite a moment. pic.twitter.com/75jLNdrSIp

"The Duchess of Cornwall has been an exemplary supporter of the queen and the monarchy," Ailsa Anderson, the queen's former press secretary and ABC News royal contributor, said.

"She has demonstrated her commitment in so many causes, including women's rights and literacy. As a nation we should welcome and embrace this announcement. I believe she will support the Prince of Wales in the years ahead," Anderson added.

On Feb. 6, Queen Elizabeth will be the first British monarch to reach the milestone of a Platinum Jubilee. Traditionally, the queen spends the day quietly at Sandringham, her Norfolk estate, as she remembers her father George VI who died there 70 years ago. 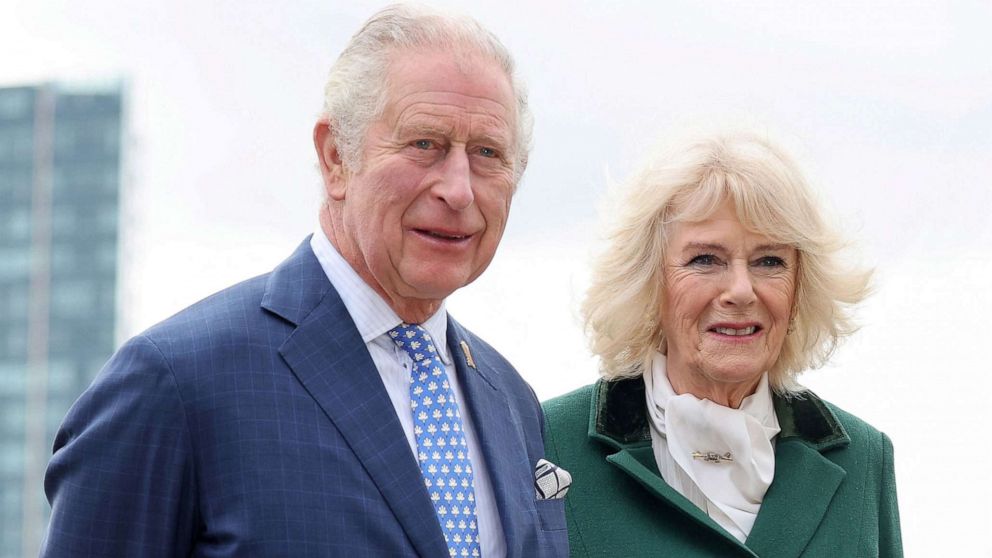 Chris Jackson/Pool/AFP via Getty Images
Britain's Prince Charles, Prince of Wales and Britain's Camilla, Duchess of Cornwall arrive for their visit to The Prince's Foundation's "Trinity Buoy Wharf" training site for arts and culture, in east London on Feb. 3, 2022.

The queen was on tour in Kenya when she found out her father had died and she was queen, making her the first monarch in 200 years to accede to the throne when overseas.

She left the country a princess and returned a queen, leading the nation in mourning her father. The solemn anniversary makes Feb. 6 a day of mixed emotion for Queen Elizabeth. "The queen normally marks her ascension anniversary privately. It's obviously a moment of reflection because it's also the anniversary of her father's death," said Victoria Murphy, ABC News royal contributor.

3:35
From queen of England to queen of color, this is how Queen Elizabeth II's style has evolved.

But this year, as it was such a major milestone, the queen hosted a reception at Sandringham on Saturday. Television pictures showed her cutting a cake to mark the occasion. This was her first public appearance since she was hospitalized last October.

In Saturday's statement she also took the opportunity to thank her people for their support: "I remain eternally grateful for, and humbled by, the loyalty and affection that you continue to give me."

"As we mark this anniversary, it gives me pleasure to renew to you the pledge I gave in 1947 that my life will always be devoted to your service," she wrote.

"I was blessed that in Prince Philip I had a partner willing to carry out the role of consort and unselfishly make the sacrifices that go with it," she wrote. 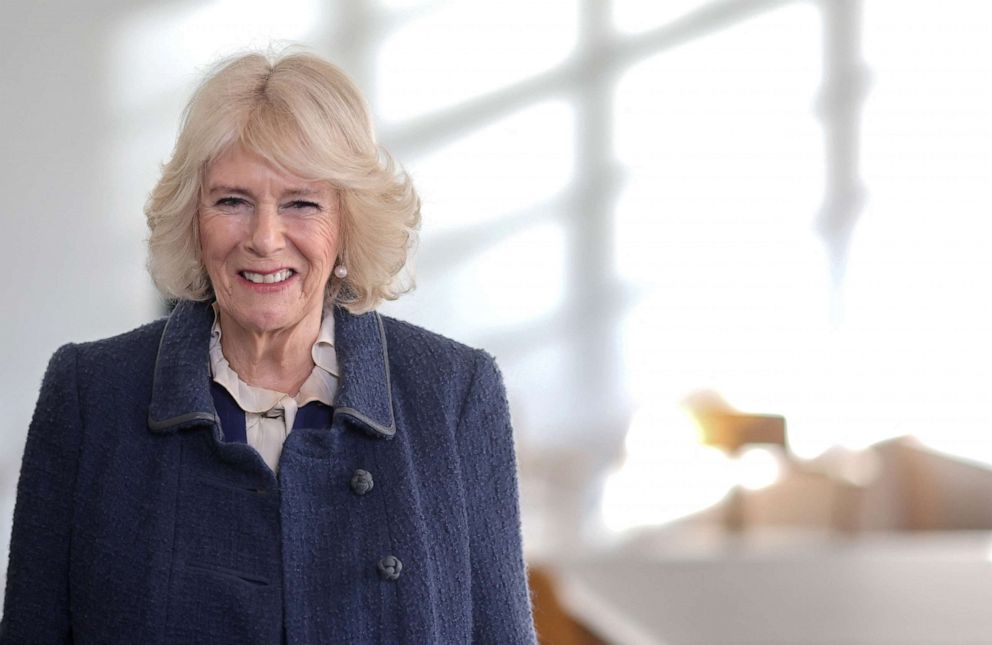 Chris Jackson/Pool via Reuters
Britain's Camilla, Duchess of Cornwall, smiles during her visit to the Bodleian Library at Oxford University in Oxford, Britain, Jan. 26, 2022.

Jobson argued that the queen wants Charles to have similar support from Camilla when he becomes king, and that this announcement will make the transition to his kingship easier.

"She realizes she's not going to live for much longer. She's 96 in April and she wants everything sorted out, so there's continuity and a smooth succession; and there's no controversy over whether or not Camilla should be queen," Jobson said.

"The reality is she will never reign as queen; she's there as a supporter to the Prince of Wales," he said. "There have been enough dramas in the royal family in the last year or so, to last a lifetime. So what the queen wants is a calm and smooth succession."