Former Rep. Katie Hill said she doesn't regret stepping down from her seat in Congress last year, but she does believe the fact that she was a bisexual woman played a huge part in "sensationalizing" the scandal.

"We haven't seen as many of the sex scandals with women," Hill told ABC News Chief Anchor George Stephanopoulos in an exclusive interview that aired Thursday on "Good Morning America."

The House Ethics Committee announced in October 2019 that it would investigate Hill for allegedly having a sexual relationship with one of her congressional staffers -- an allegation she continued to deny to Stephanopoulos. The alleged relationship would have been a violation of House rules that were established in February 2018 following the #MeToo movement. 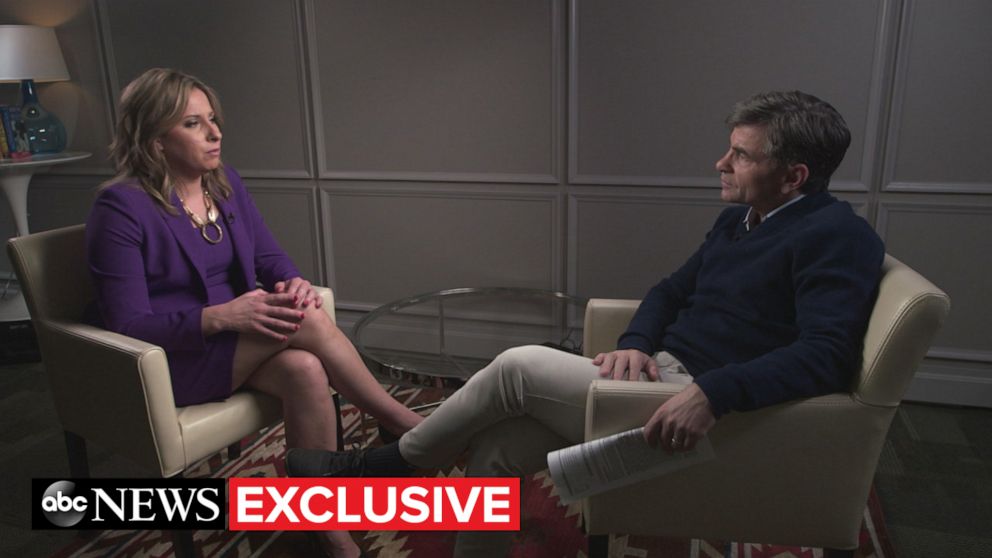 Hill has admitted to – and apologized for – having a relationship with a campaign staffer when she was running for Congress in 2018. That relationship was not covered by House rules since Hill was not a member of Congress at the time.

'Biggest mistake': Hill on not setting boundaries during her 2018 campaign

During the interview, Hill told Stephanopoulos it was "absolutely" her biggest mistake to have a relationship with a campaign staffer.

Even though she had no political experience when she began running for Congress, she said she should have set employer-employee boundaries.

"You're truly in the trenches with these -- this very small team," she said. "Where I think I made the biggest mistake was not setting those boundaries from the very beginning."

It was non-consensual cyber exploitation: Hill on the leaked nude photos of her 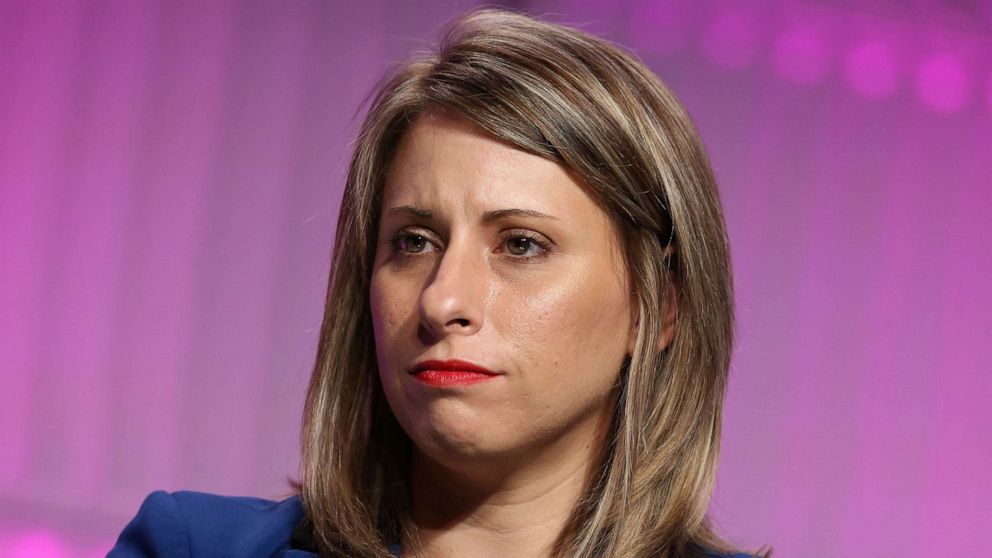 Faye Sadou/MediaPunch/IPx via AP, FILE
In this Nov. 2, 2018, file photo, Katie Hill is shown at The Wrap's Power Women's Summit in Los Angeles.

"It implies A) that there's something to be taking revenge for, right?" Hill said. "That the woman maybe did something wrong in the first place. And pornography also could imply that -- or could imply that it was -- it was consensual, and it's not."

"Ms. Hill has made no allegations of abuse in her petition for dissolution," Heslep's lawyers told ABC News, saying he is asking for privacy during this moment. "Mr. Heslep denies any allegations of abuse or wrongdoing outright. The parties are currently in the process of negotiating an amicable settlement."

'I made the right call': Hill on stepping down from Congress

Hill announced her resignation less than a week after the initial investigation was announced. One of Hill's last actions as a member of Congress was to vote in favor of the impeachment inquiry resolution into President Donald Trump.

"I strongly feel that I made the right call in stepping down, for several reasons," Hill said. "One of which is that I -- I did not want to be a liability to my colleagues."

Outgoing Rep. Katie Hill: "The mistakes I made and the people I've hurt that led to this moment will haunt me for the rest of my life and I have to come to terms with that. Ever since those images first came out, I've barely left my bed." https://t.co/7YcEFnFAdz pic.twitter.com/gia8xyb4gc

Hill's election was historic. She was one of the first openly bisexual members of Congress, and she was a leader among the freshman class of Democrats.

Just before Hill's last speech on the House floor on Oct. 31, House Speaker Nancy Pelosi called Hill an "outstanding young public servant" and told reporters that "Hill's decision to resign is her decision."

Hill represented California's 25th district, and her old seat is now being fought for in a highly-anticipated election.

Katie Hill: "I came here to give a voice to the unheard in the halls of power. I wanted to show young people, queer people, working people, imperfect people that they belong here because this is the people's House. I fell short of that and I'm sorry." https://t.co/7YcEFnFAdz pic.twitter.com/zZHb7ULd4I

Since stepping down from her role in Congress, she hasn't stopped being a public figure. Hill has launched a group called HER Time, which supports female candidates who want to run for political offices.

After Hill announced her resignation, she told the public that she had considered committing suicide. In her interview with Stephanopoulos, she said that it was her family, and the young women who looked up to her, that pulled her out of those dark moments.

"If the ultimate outcome was that this destroyed me, and I committed suicide, then what does that, what does that tell them?" Hill said. "And that can't -- that couldn't be my final story."