Areas within Lee County, including Sanibel Island and Fort Myers, are facing major damage in the wake of Hurricane Ian.

Across Florida, at least 94 people have died in the storm, according to information compiled from local officials. Of those, about 54 were in Lee County, the Lee County Sheriff's Office said Saturday.

"This is going to be a very long recovery process," Smith said. "But right now, [the plan is] getting everybody off that island and to safety. It is not habitable." 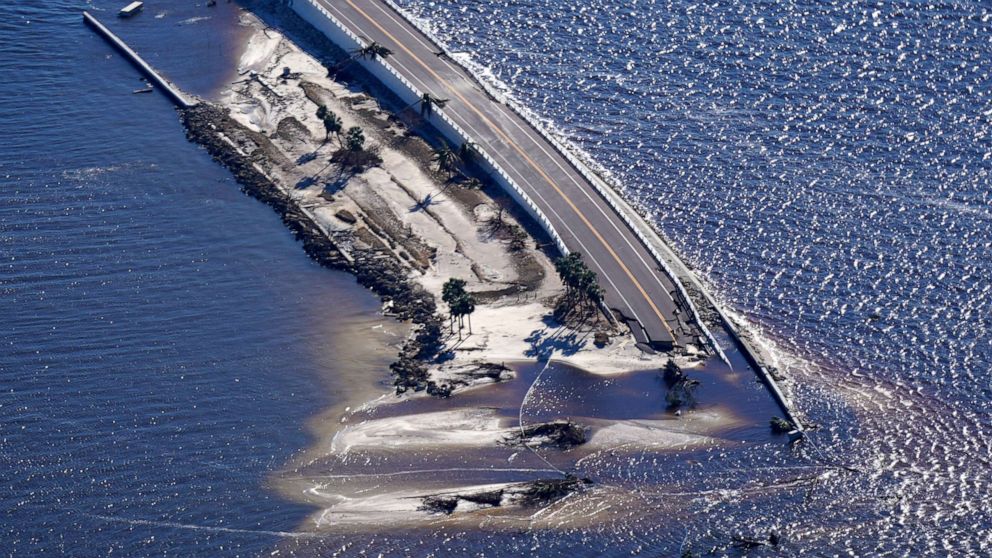 Gerald Herbert/AP
Damage from Hurricane Ian is seen on the causeway leading to Sanibel Island from Fort Myers, Fla., in this aerial photo made in a flight provided by mediccorps.org, on Sept. 30, 2022.

"Florida Guard has about 5,000 soldiers and airmen on duty throughout the state, primarily focused right now on Lee and Charlotte Counties," Daniel Hokanson, chief of the National Guard Bureau General, told "GMA3" on Friday.

The extent of the damage is not yet known as towns wait for floodwaters to recede and search and rescue operations continue.

Destruction in Sanibel Island and other barrier islands 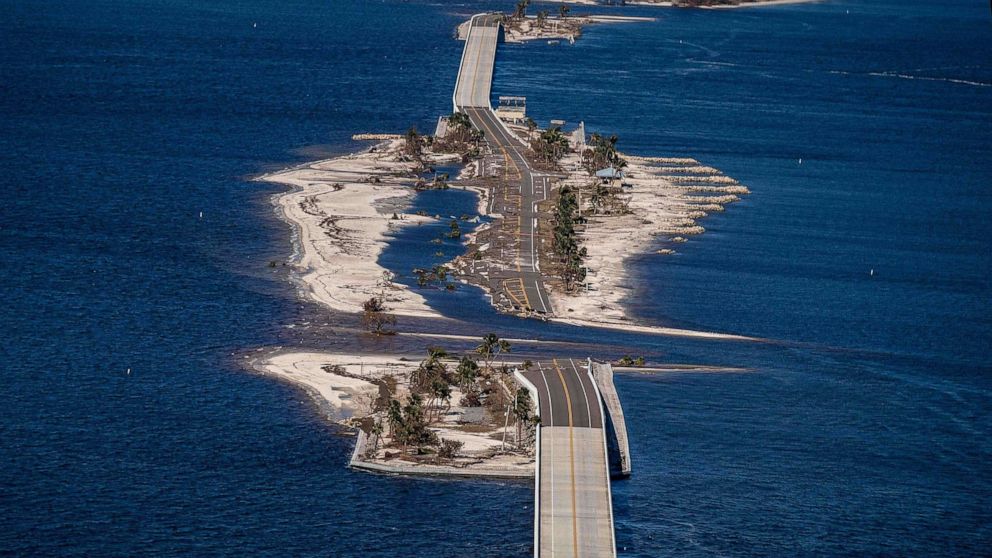 Ricardo Arduengo/AFP via Getty Images
An aerial image shows the collapsed Sanibel Causeway in the aftermath of Hurricane Ian in Sanibel, Fla., on Sept. 30, 2022.

The barrier islands in the county were largely decimated, according to Lee County's Department of Public Safety. An ABC News team on the ground with international rescue group Project Dynamo on Friday called Sanibel "unrecognizable."

"We jumped right onto the beach near, around the middle of the island. Everything we saw was either destroyed or sustained damage," according to the ABC News team, which includes Rachel DeLima, Timmy Truong and Victor Oquendo.

Sanibel, a barrier island outside Fort Myers that's home to fewer than 7,000 residents, faced the brunt of the storm as it made landfall Wednesday afternoon.

With the bridges destroyed, getting people off the island is a top priority, Mayor Smith, who was on Sanibel on Friday via boat, told ABC News. First responders have been working on search and rescue operations, including going through a list of 300 residents to check in on, Smith said.

That process is difficult because it's possible individuals are leaving the island by other means, the mayor said, and there are "several areas that still our assets haven't been able to get to and get through."

"Right now, it's going to be all helicopter operations to get distribution, food supplies, medical aid, [and] people in and out of there," Hokanson of the National Guard said Friday.

Devastation across Lee County, including inland 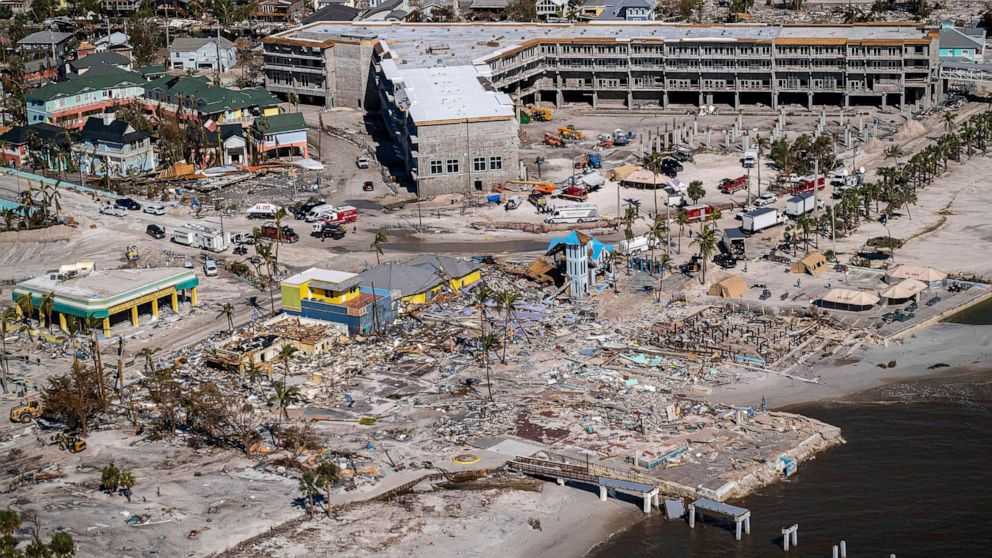 There was obvious destruction throughout Fort Myers from the hurricane. DeSantis said Friday that newer construction was better able to withstand the storm.

"But I'll tell you those older homes that just aren't as strong built, they got washed into the sea, some of them," the governor said. "If you were hunkering down in that, that's something that I think would be very difficult to be survivable. So, they're still trying to figure out who was home and who wasn't." 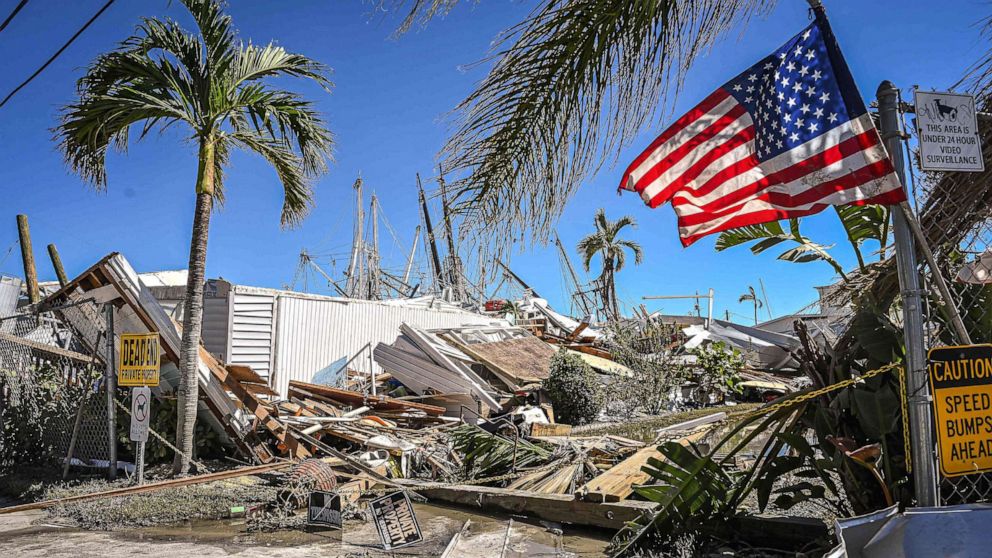 Giorgio Viera/AFP via Getty Images
Part of a destroyed mobile home park is pictured in the aftermath of Hurricane Ian in Fort Myers Beach, Fla., on Sept. 30, 2022.

Lee County officials have asked for support for a water main break at the facility, DeSantis said. The county did not have water as of Friday and FEMA and the Army Corp of engineers were working to get the water back up and running.

The Biden administration said it would assist with search and rescue efforts, power restoration, helping to address challenges faced by local hospitals and problems presented by damage to roads and bridges, according to a statement from the White House.

Lee and Charlotte Counties were 85% without power as of Friday morning, DeSantis said. 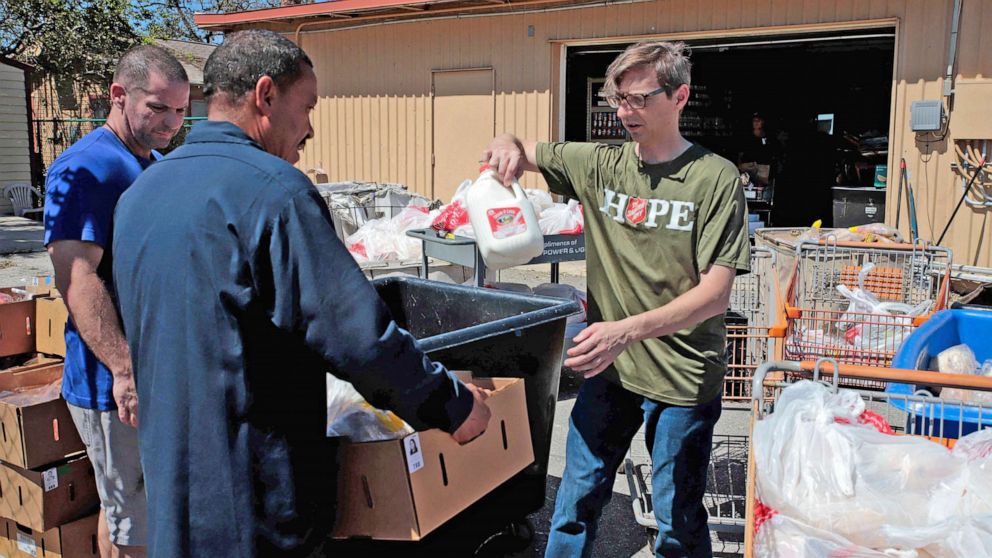 Joseph Agcaoili/AFP via Getty Images
Volunteers distribute food for affected families in the aftermath of Hurricane Ian in Fort Myers, Fla., on Sept. 30, 2022.

City of Sanibel officials said Thursday evening they have confirmed at least two fatalities, while Smith said Friday there could be four.

More than 500 individuals were rescued in Lee and Charlotte Counties, according to the Florida Division of Emergency Management, and search and rescue operations are continuing. There were 600-700 rescues in the county as of Saturday morning, the sheriff's office said.

The U.S. Coast Guard and Miami-Dade Fire Rescue have been involved in search and rescue efforts, including in Sanibel and Captiva. Many rescues were made in waist-high water, public safety officials said Thursday.

Marceno said Wednesday night it was clear the area had been hit very hard and there were reports of buildings being compromised. A curfew was enacted at 6 p.m. but officials were unable to enforce it.

Storm surge was a major concern with this hurricane due to the movement and conditions in the area. It is likely that some areas in southwest Florida had storm surge higher than 12 feet.

Where Hurricane Ian went next 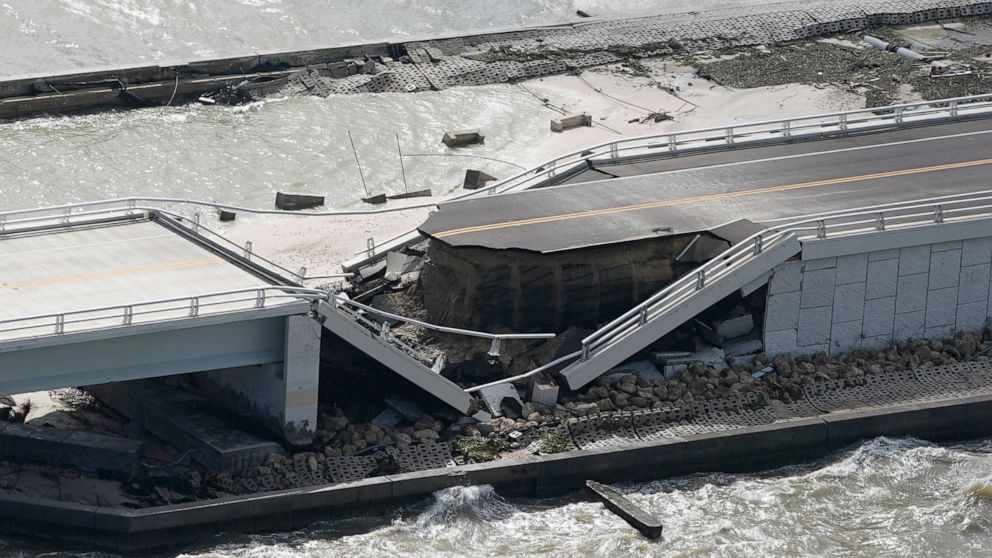 Wilfredo Lee/AP
A section of the damaged Sanibel Causeway seen in the aftermath of Hurricane Ian, Sept. 29, 2022, near Sanibel Island, Fla.

Hurricane Ian initially made landfall in Florida on Wednesday afternoon near Cayo Costa. At that point, it was a Category 4 storm, with winds around 150 mph.

Landfall occurred about 20 miles west northwest of Fort Myers and 20 miles west southwest of Punta Gorda, which was struck by Hurricane Charley in 2004.

The storm then moved east and north before making another landfall, this time in South Carolina on Friday afternoon.