By MaryAlice Parks, Rachel Scott, Brittany Berkowitz
Share —
Sign up for our newsletters to get GMA delivered to your inbox every morning!

Katie Wilson says there are two remarks she gets from people on the campaign trail that male candidates probably don’t: “Who’s taking care of your kids? And you should really smile more.”

“Well, I’m a fighter,” Wilson told "Good Morning America" during a recent interview in her hometown of Keene, New York, responding to why she does not always smile big for the cameras. “And I am angry." 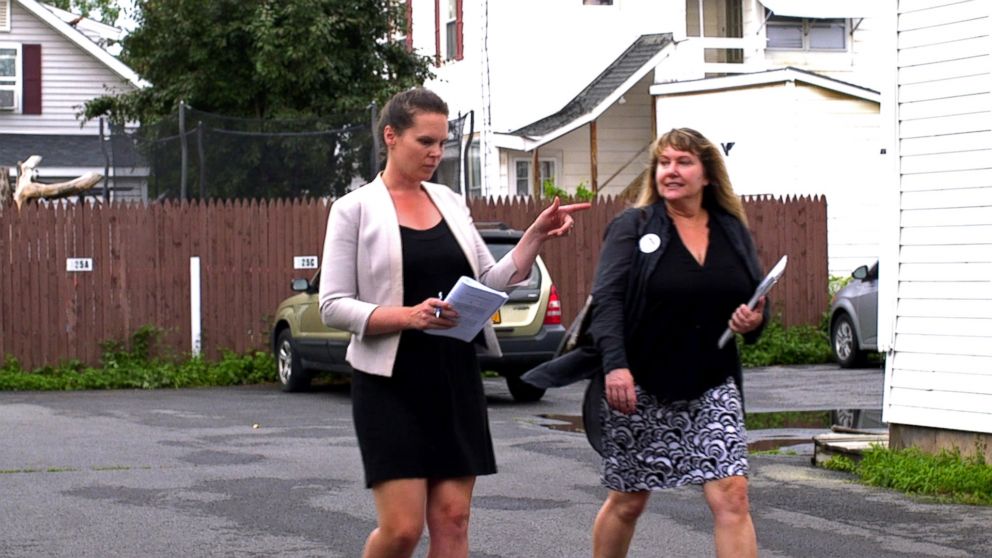 “What I see in this moment is incredible injustice and that’s what's really compelled me to do what I'm doing,” she said, standing around her kitchen sink with her big dog at the window.

Wilson, a single mom with two young, elementary school-aged kids said she decided to run after President Donald Trump was elected. Like so many first-time female candidates this election cycle, she said she felt that a typical, traditional candidate was not going to cut it.

"I'm trying to be a force of good in the world"

“We have a Congress full of people who are worth a million bucks or who come from very similar backgrounds, very similar schools, with similar resumes ... but they don’t get it,” she said during the interview. “We need to bring average voices to the table with direct experience.”

Wilson described the stress of being a single mom and a small business owner. She told stories of the heartbreak and anxiety she has felt over the years, wanting to take her children out to dinner or on vacation, but knowing she could not afford it. She said running her own consignment store in the small town of just over 1,000 people made her intimately aware of local economic issues, including tax policy, health care options for businesses, market demand, income and more. 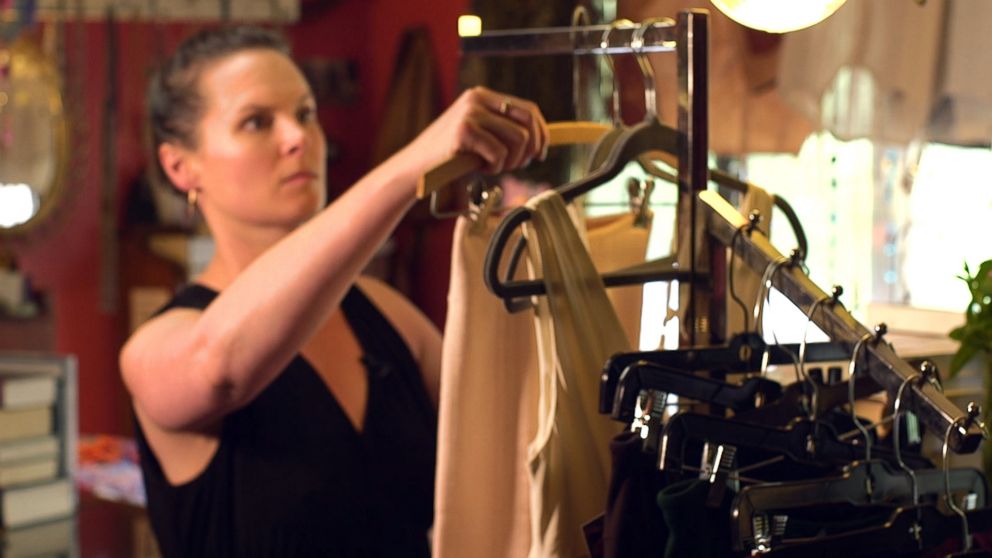 Running a family prepared her for 1st campaign run

Running a family, too, she said, prepared her for the campaign.

"The logistics of running for Congress are not that much different than being a single mom. I'm trying to be a force of good in the world, and yet I'm constantly putting out fires and always worried about money,” she said with a playful but serious smile.

Wilson schedules campaign work around two key events every day: getting her kids to school and being home when they get off the bus. The day of the "GMA" interview she had made egg-in-the-hole for breakfast and argued repeatedly with her youngest daughter who was refusing to eat it. Wilson waited with her daughter's purple backpack slung over her shoulder, tapping her food and staring her down.

When we asked Wilson's son, Cooper, a fourth-grader, what he thought about his mom running for office, he said it was "annoying.” Wilson did not interrupt him or disagree when he talked about missing her in the evenings and having her gone a lot. 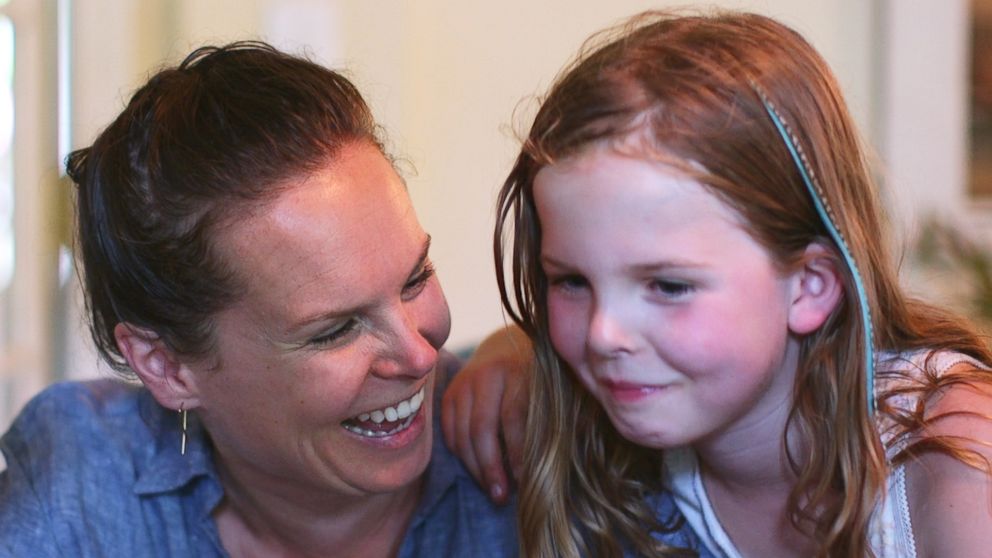 “I live a precarious financial existence, I’m a single mom, I’m not the kind of person who runs for Congress. And everyone said, 'well, that’s why you should do it,'” Wilson continued.

“This moment requires something new, something different. I knew how frustrated I was, and worried I was about my children’s future. I could either sit around and continue to be frustrated and upset, or I could do something about it and actively participate in creating a better future,” she explained.

Erin Vilardi, founder and CEO of VoteRunLead, an organization that supports women from both parties running for office, pointed out the importance and rarity of moms with young children in Congress.

“There are just four moms with children under 3 years old running for Congress in 2018,” Vilardi told ABC News in a statement. “One is Liuba Grechen Shirley, a VoteRunLead alumna. She is the first woman in the country to get approval to spend federal campaign funds on childcare -- and it's a game changer for moms everywhere.”

"A game changer for moms everywhere"

Record number of women running for US Congress

This election cycle a record number of women have filed to run for U.S. Congress: 468 in total. So far, 128 women have won their congressional primaries, and another 349 women are still in the running in primaries still to come, according to the Center for Women and American Politics at Rutgers University.

Wilson grew up on a farm, riding horses and helping her family manage an inn. The sprawling, rural district where she was raised and where she's now running is referred to as New York’s “North Country.”

Way up along the Canadian border, New York-21, stretches from Vermont to the Great Lakes. It includes the state’s entire border with Canada and the town of Lake Placid, which hosted the 1980 Olympics.

The area has been represented in Washington by a Republican since 2014 but is a thought to be a bit independent. Trump won in 2016, but former President Barack Obama won twice before that.

Wilson, who works closely with local farmers in the area, argues Trump’s talk of trade wars and escalating tariffs have created a lot of frustration in local communities. 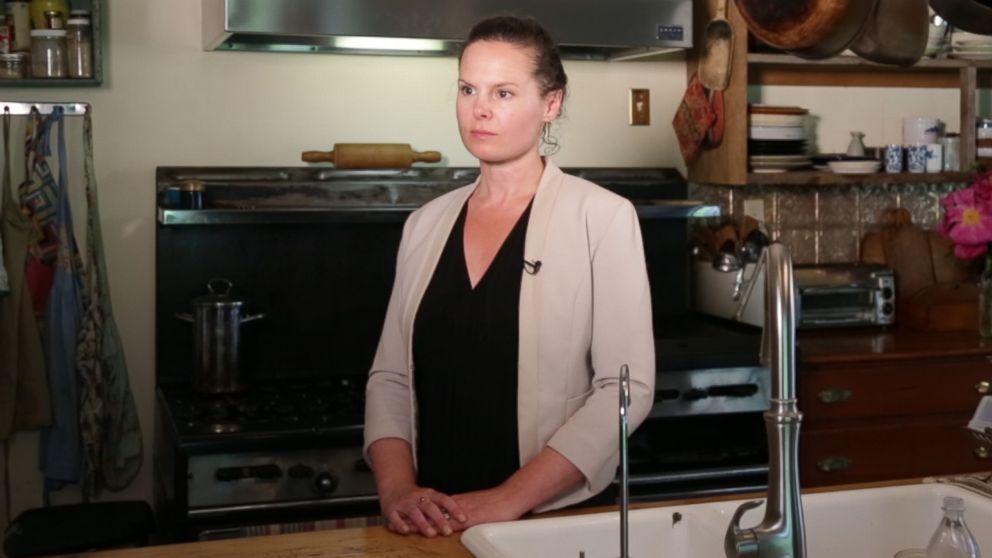 While Democrats see an opening in a place like this, the district is far from an easy flip. The national Democratic Congressional Campaign Committee has yet to get involved and has said they are waiting to see which of the five Democratic candidates make it through the primary.

Wilson is one of three women vying for the party nomination, and if she wins she would also take on a woman in the general election. The Republican incumbent, Rep. Elise Stefanik, made history as a woman herself when, at the age of 30, she was the youngest congresswoman in history to be sworn-in.

Bethany Kosmider, chair of the Essex County Democrats in the district, a county that flipped from Obama to Trump, told ABC News that Wilson had “grown on everyone,” in the local party. “She is pretty dynamic and I applaud her in her desire to serve. She does not pretend to be someone who she isn’t.”

Kosmider predicted a tight race next week and said if Wilson does not make it to the general election, she hopes she will think about running for state government.