By Angeline Jane Bernabe, Will Linendoll
Video by Will Linendoll, Gina Sunseri
Share —
Sign up for our newsletters to get GMA delivered to your inbox every morning!

Many may remember Sully, the loyal service dog that was captured in photos laying quietly below the coffin of President George H.W. Bush last year.

On Monday, the yellow Labrador retriever was honored with a statue at the George H.W. Bush Presidential Library in College Station, Texas, as part of the museum’s permanent collection.

"I feel like the world changed for a moment when we saw the president and we saw his dog," said Susan Bahary, who sculpted the statue. "We became that kinder, gentler nation that the president spoke of."

Bahary said she was captivated by that image of Sully, named after the former airline pilot Chesley B. "Sully" Sullenberger, at a Texas funeral home and she didn’t think twice when the opportunity to create his likeness was presented to her.

"I fell in love with the dog when I saw him. I knew that as a sculptor, I had to sculpt him," she said.

It’s also the same organization that raised, trained and placed Sully with Bush in 2018 after his wife, former first lady Barbara Bush, died. Through the program, Sully was specifically matched to provide assistance and companionship to the president in his daily activities. 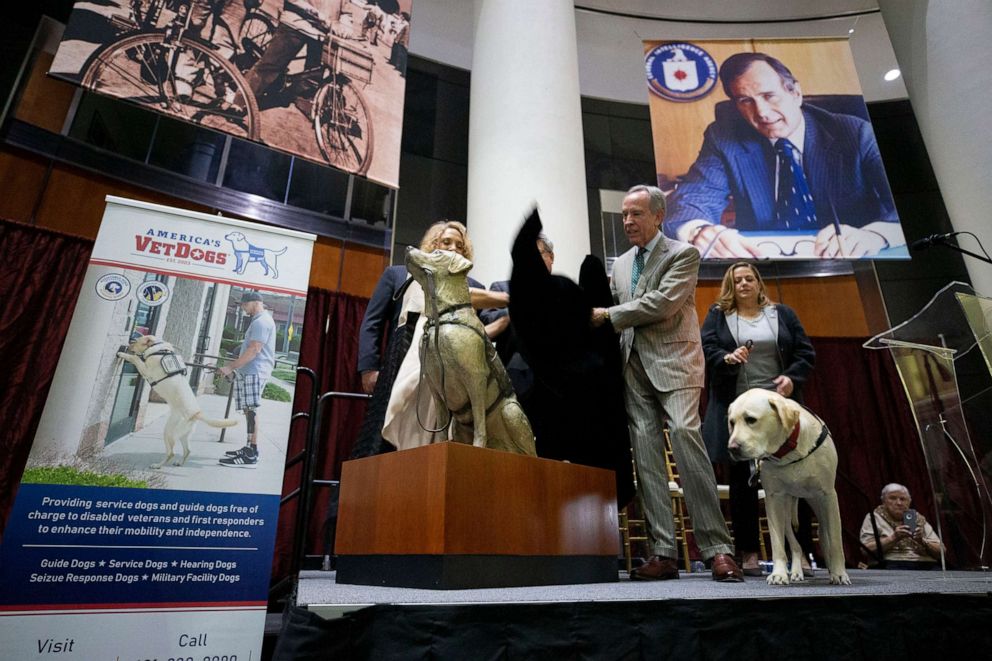 "By all accounts, Sully and the president had a tremendous bond," said John Miller, president and CEO of America’s VetDogs. "First thing that President Bush said to him when he was placed was 'welcome home.' And he was instantly part of the family."

While the sculpture of Sully shows the bond that he and the president shared, it also puts a spotlight on services available for all veterans, not just presidents.

Sully’s sculpture is featured in a sitting position, holding his leash in his mouth and depicting the "retrieve" task that America’s VetDogs trains its service dogs to perform for their handlers.

America’s VetDogs staffers also credit the former president's work to provide services for disabled individuals. In 1990, he signed the Americans with Disabilities Act into law, which prohibits discrimination based on disability. 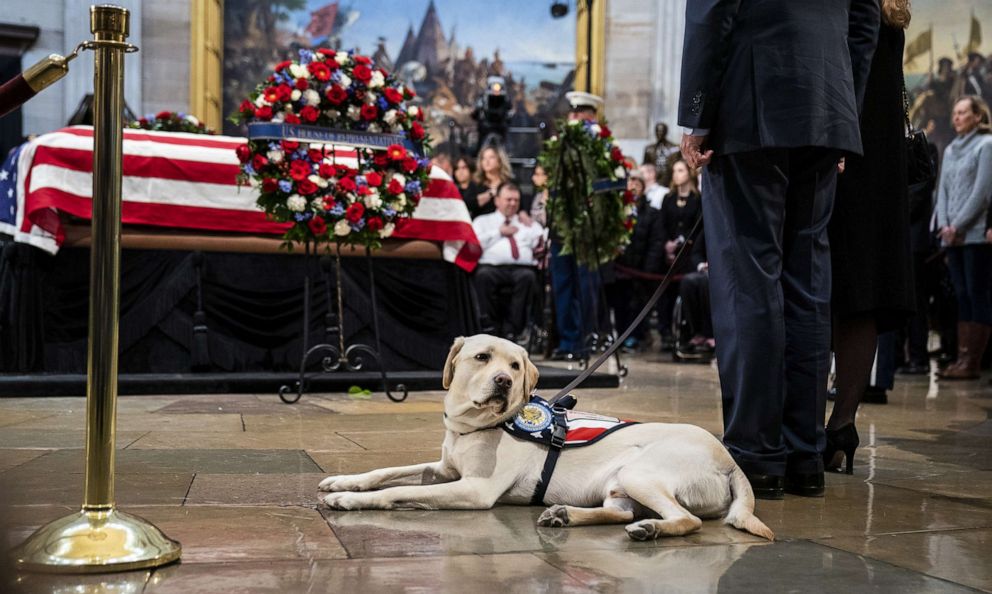 Valerie Cramer, an employee at America’s VetDogs who also trained Sully, is trying to destigmatize the shame that may come with needing a service dog.

"The unique thing about President Bush getting a service dog is such a powerful man not being ashamed of the need of a dog," said Cramer. "There’s no shame in just asking for a little bit of help. In addition to the dogs helping people with tasks that they do, they also give companionship. And so that’s the beautiful thing about Sully and the relationship with him and President Bush -- they not only had a working relationship, they had a true friendship."

She added, "Sully became famous because of his famous owner. But service dogs in general are incredibly helpful to an individual."