Greta Thunberg, the Swedish 16-year-old whose activism sparked worldwide student protests for action on climate change, is planning to sail across the Atlantic Ocean in a zero-carbon-emissions racing yacht as part of a months-long climate tour of the Americas.

Thunberg announced on Twitter that she will speak at the United Nations Climate Action Summit, hosted by U.N. Secretary-General António Guterres in New York City on Sept. 23. She will then attend the U.N. Climate Change Conference in Santiago, Chile, in December. She also plans to meet with climate leaders and activists, participate in climate demonstrations and visit areas in both North and South America most affected by climate change.

Thunberg said she was inspired by other young activists.

Good news!
I'll be joining the UN Climate Action Summit in New York, COP25 in Santiago and other events along the way.
I've been offered a ride on the 60ft racing boat Malizia II. We'll be sailing across the Atlantic Ocean from the UK to NYC in mid August.#UniteBehindTheScience pic.twitter.com/9OH6mOEDce

"During the past year, millions of young people have raised their voice to make world leaders wake up to the climate and ecological emergency," she said in a statement. "Over the next months, the events in New York and Santiago de Chile will show if they listened." 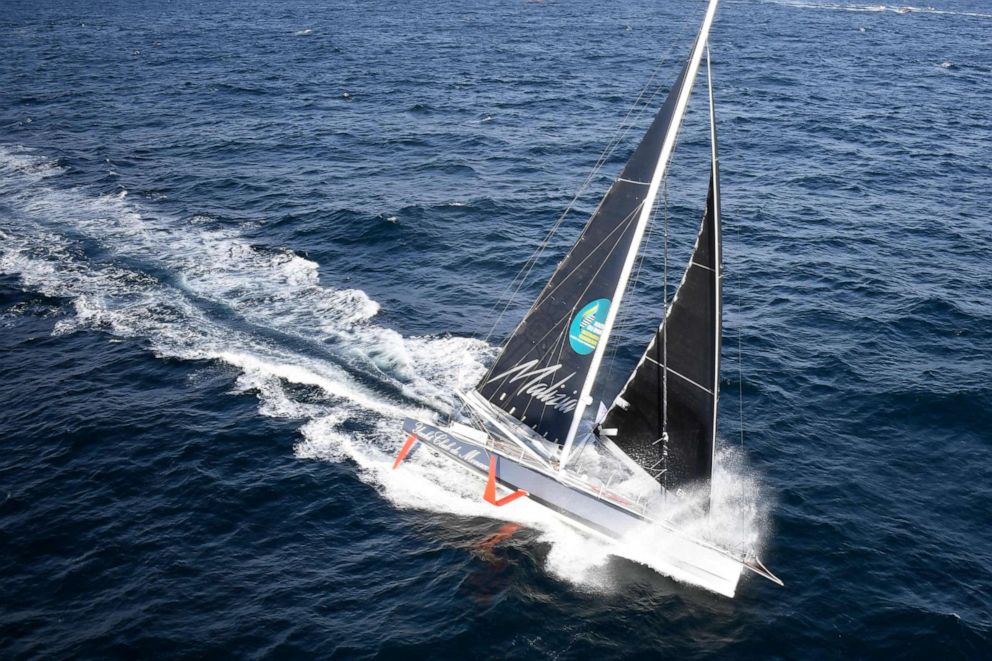 Damien Meyer/AFP/Getty Images
Swedish climate activist Greta Thunberg said on July 29, 2019 that she will cross the Atlantic on the racing sailboat to attend a September UN summit on the climate in New York.

Thunberg is best known for inspiring "Fridays for Future," weekly global student protests that began in August 2018 after her own protest in front of the Swedish parliament went viral. She is now part of an increasingly vocal youth movement on climate change issues that include such activist groups as Sunrise Movement and Zero Hour.

The boat Thunberg will take, the Malizia II, is equipped with solar panels and electricity-producing underwater turbines. The boat was chosen as a zero-carbon alternative to flying, which produces a large amount of emissions. The trip from Britain to the United States will take about two weeks, the length and date of departure depending on weather conditions. 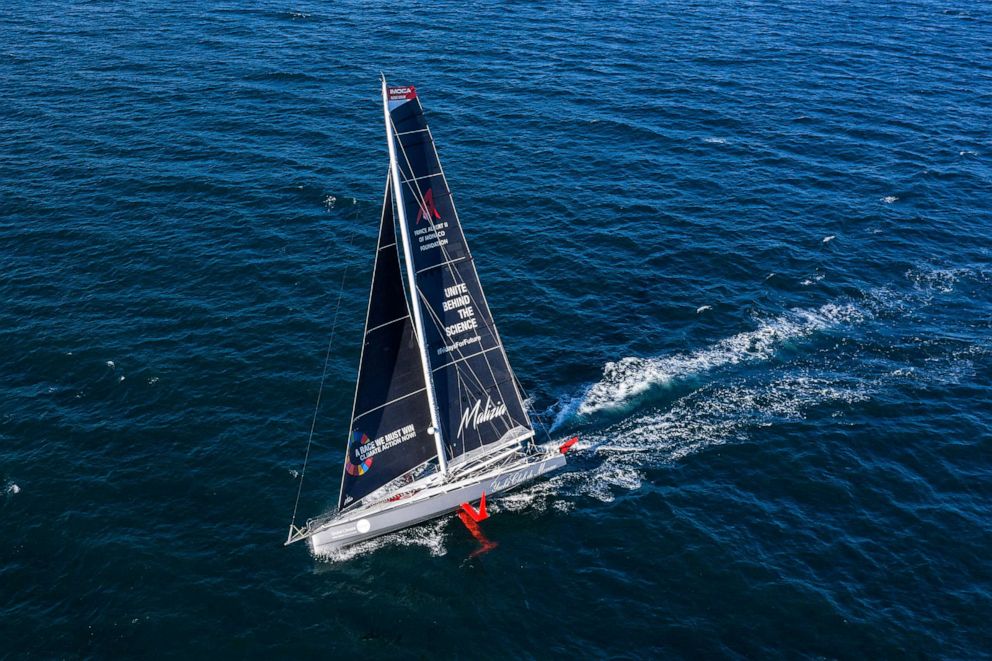 Andreas Lindlahr
Boris Herrmann and Pierre Casiraghi are set to sail Greta Thunberg across the Atlantic in the Malizia II.

The months of August and September are peak Atlantic hurricane season. Because sailors avoid Atlantic waters during this period, finding a boat and captain was challenging, Thunberg said in an interview with the Associated Press. But Pierre Casiraghi, Malizia team founder and one of the boat's captains, said he and the team are proud to be able to host her trip and "respect Greta's courage to take on this adventure."

Thunberg said she will limit transportation emissions throughout her tour and has chosen low-carbon and public options, such as trains and buses, to make her way across the continents. 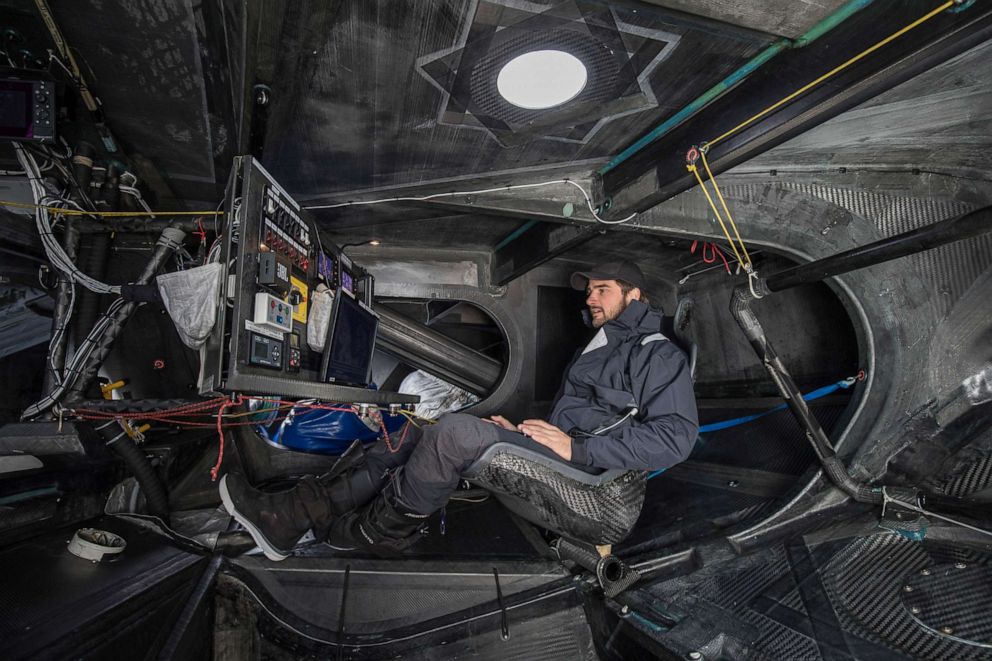 Andreas Lindlahr
Boris Herrmann is seen inside the Malizia II.

But pursuing her latest activist campaign means putting a pause on school. In order to make the trip, Thunberg said she would take a sabbatical year, pointing to what she says is the urgency of the climate crisis.

"We still have a window of time when things are in our own hands," she said in a statement. "But that window is closing fast." 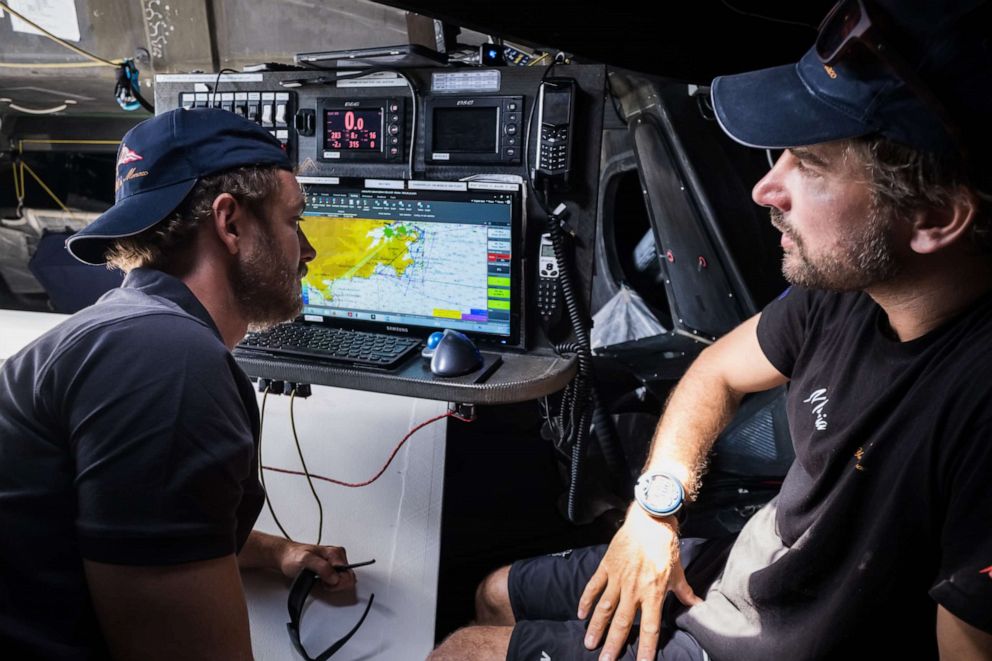 Martin Messmer
Boris Herrmann and Pierre Casiraghi are seen inside the Malizia II.

Thunberg says she hopes to instill the same kind of commitment to change in world leaders through her trip.

"We will make our voices heard," she said. "It is our future on the line, and we must at least have a say in it."