The Texas Department of Public Safety is correcting previous comments it made stating that a teacher had left a door propped open that the Uvalde gunman used to enter Robb Elementary School prior to the shooting. 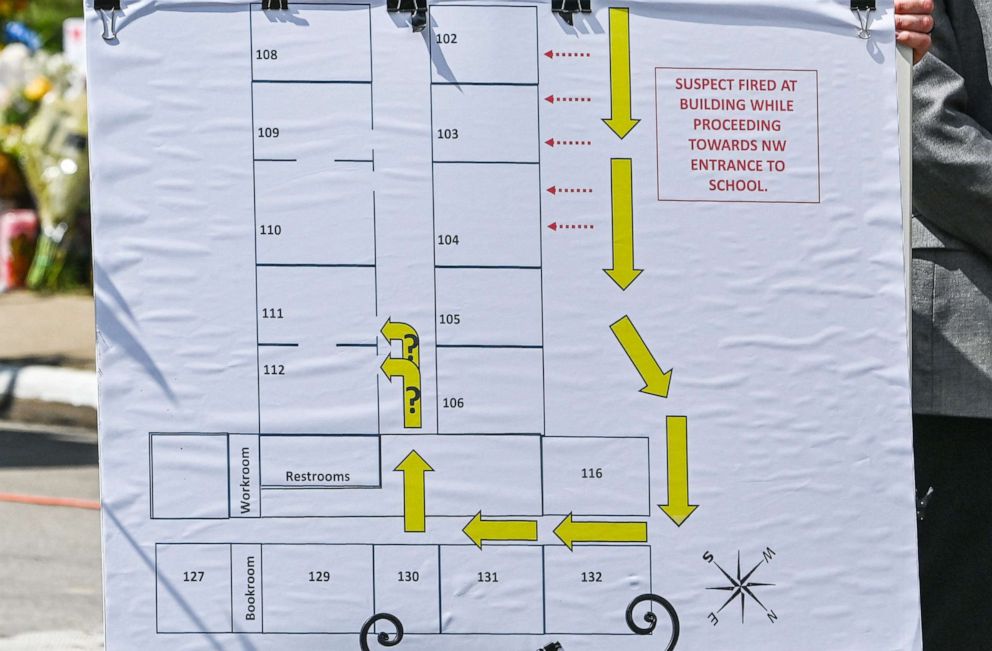 Chandan Khanna/AFP via Getty Images
A crime scene outline of the Robb Elementary School is presented showing the path of the gunman as the Director and Colonel of the Texas Department of Public Safety Steven C. McCraw speaks at a press conference outside the school in Uvalde, Texas, on May 27, 2022.

The clarification comes just days after Steven McCraw, director of the Texas Department of Public Safety, said the teacher left the door propped open prior to the gunman entering the school.

"The teacher runs to the room, 132, to retrieve a phone, and that same teacher walks back to the exit door and the door remains propped open," McCraw said during a press conference last Friday. 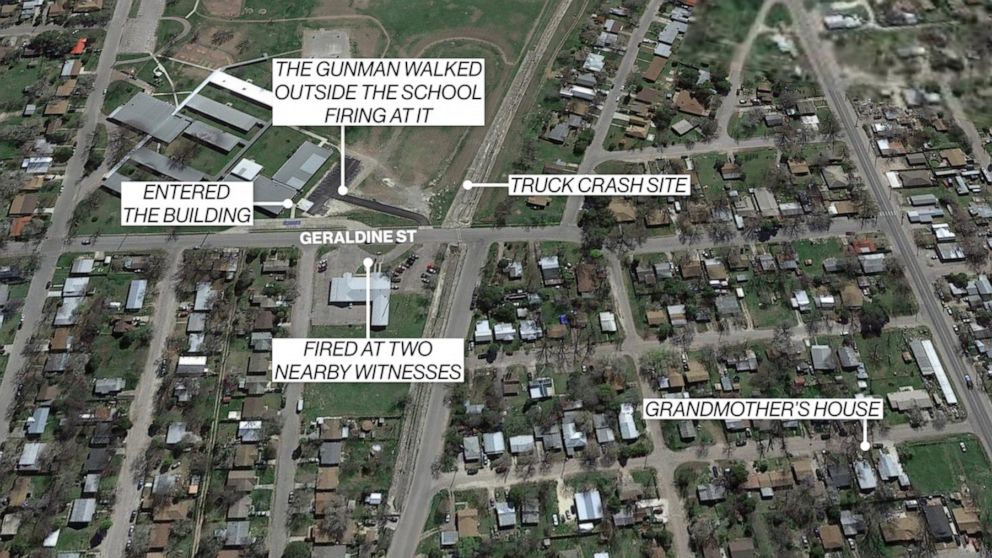 ABC News
On May 24, 2022, 21 people, including 19 children were killed at Robb Elementary School in Uvalde, Texas. The gunman shot his grandmother at her home then crashed a truck in a ditch near the school before entering the school building.

A lawyer for the teacher told the San Antonio Express-News that the teacher "saw the wreck" and then "ran back inside to get her phone to report the accident. She came back out while on the phone with 911. The men at the funeral home yelled, 'He has a gun!' She saw him jump the fence, and he had a gun so she ran back inside."

The lawyer added, "She kicked the rock away when she went back in. She remembers pulling the door closed while telling 911 that he was shooting. She thought the door would lock because that door is always supposed to be locked." 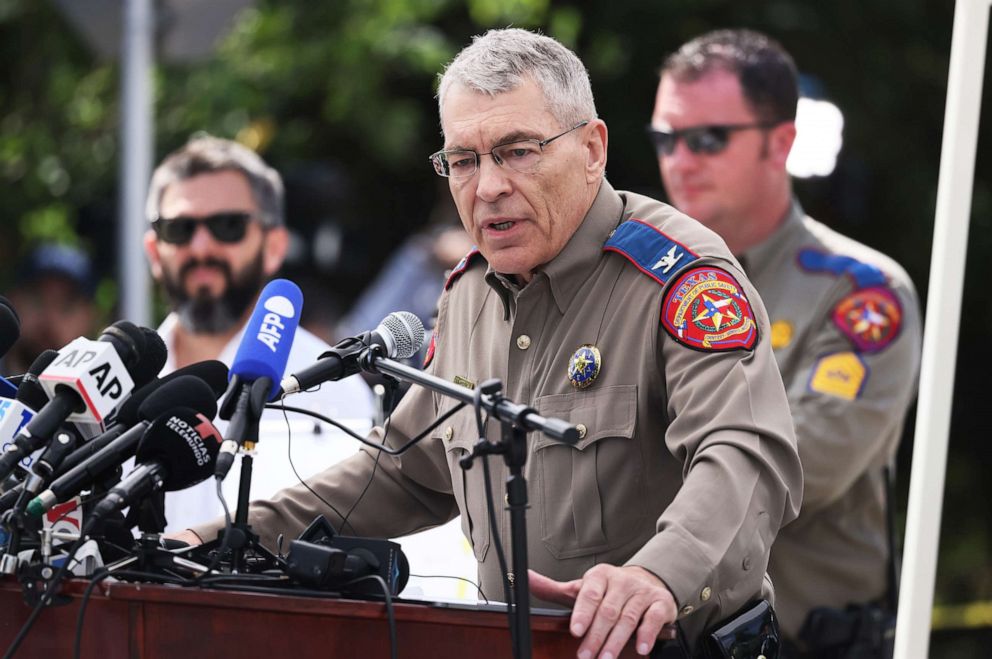 Michael M. Santiago/Getty Images
Director and Colonel of the Texas Department of Public Safety Steven C. McCraw speaks during a press conference about the mass shooting at Robb Elementary School on May 27, 2022 in Uvalde, Texas. McCraw admitted that it was the wrong decision to wait and not breach the classroom door as soon as police officers were inside the elementary school.