The nurses strike in New York City has extended into its second day with more than 7,000 walking out of two major hospitals.

Nurses at Montefiore Medical Center in the Bronx and Mount Sinai Hospital in Harlem say that low pay, lack of staffing and unsafe working conditions are burning out hospital employees and putting patients at risk.

"Can't stop, won't stop until we get a fair contract!" the New York State Nurses Association tweeted Monday night, announcing that the picket line would continue into Tuesday.

The hospitals have been forced to divert ambulances to other medical centers, postpone non-elective surgeries and call in temporary staffers, but the nurses say they've been pushed to the brink.

"There's multiple reasons for why we all need to be paying attention," Gretchen Purser, an associate professor of sociology and a labor expert at Syracuse University's Maxwell School of Citizenship and Public Affairs, told ABC News. "Nurses are really bargaining for the collective good. They are putting, first and foremost, patients' safety above all else and that was the breaking point -- they've been working under less-than-ideal conditions that jeopardized the safety of patients." 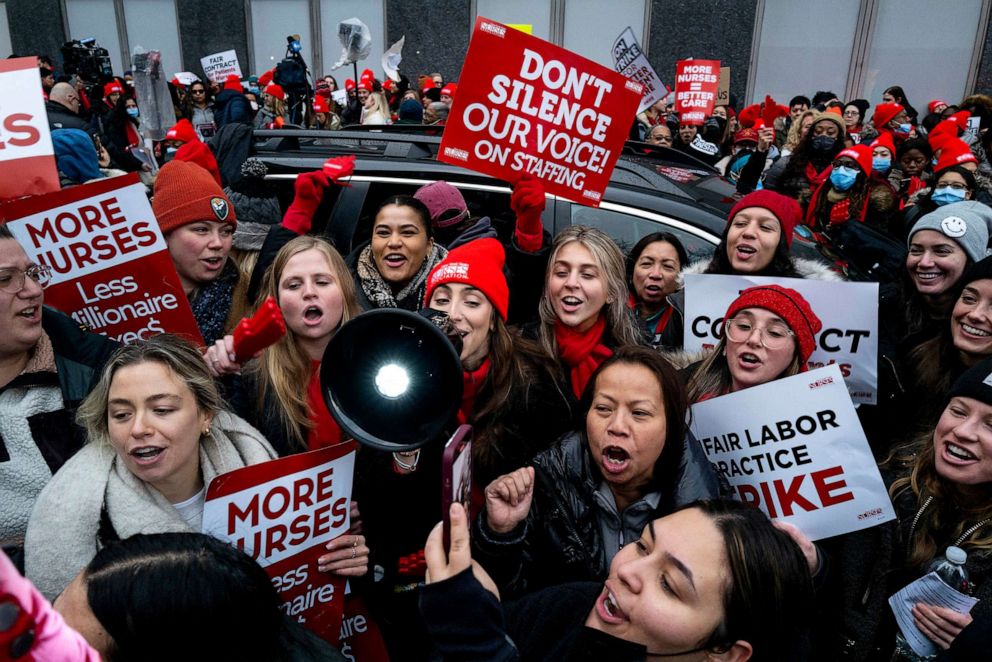 One of the nurses' biggest grievances is the nurse-to-patient ratio, which measures how many patients a nurse is responsible for, at a hospital.

Research has shown that when staffing levels are high and nurses are only taking care of a few patients, there is a lower risk of patients dying as well as a lower risk of infections, medication errors, ulcers and hospital-acquired pneumonia.

What's more, patients are more likely to have shorter stays when there are more nurses, officials said.

One New York State analysis, conducted in 2021, estimated adequate nursing staff levels could save 4,370 lives and $720 million over a two-year period due to shorter hospital stays and fewer readmissions.

The nurses say the hospitals are supposed to have low nurse-to-patient ratios, but they often end up being much higher.

Marcelo Cantu, a nurse at Montefiore for 19 years, who works in the cardiothoracic unit, told ABC News every nurse is supposed to have three patients, but can often end up with four or five due to staffing shortages. He said even one extra patient can affect the level of care.

"Our patients require a lot of time -- we’re not only monitoring their recovery but teaching them how to physically recover from what they’ve been through, teaching them about their new medications, teaching them about lifestyle changes," he said. "We’ve had to learn how to prioritize and because we’re working short, sometimes the quality suffers and that’s very difficult to deal with."

Montefiore said it is offering a 19.1% compounded wage increase over the next three years with pay increases for each level of experience.

Mount Sinai told ABC News in a statement it also offered a 19.1% increased wage proposal, but those nurses rejected the offer. 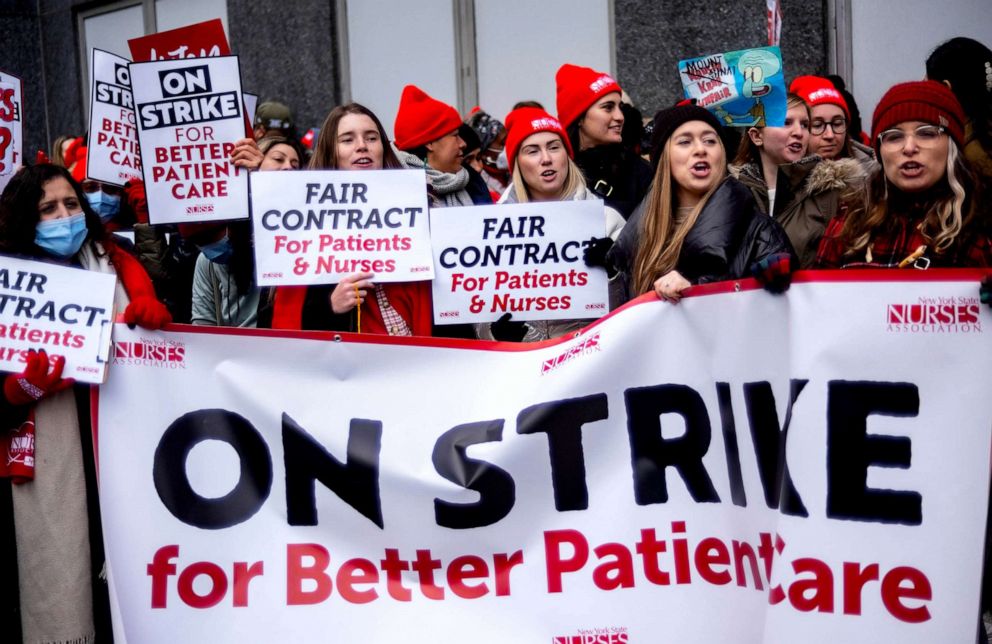 "I’ll be the first to say a nurse deserves a fair compensation," Cantu said. "But it’s not about money, it’s about the allocation of that money in order to provide better care."

He continued, "It’s frustrating and heartbreaking when we fall short in areas not critical to their life but critical to the patients' experience. These are human beings, not just a list of symptoms in front of us."

Labor and economic experts say that when nurses go on strike, the stakes are not just high for them but also for the community at large as well.

MORE: Amazon and Starbucks workers led a union resurgence in 2022. Will it last?

"We need nurses to be able to do their jobs properly because if we get sick or we're older, and we're at our most vulnerable or disabled, that's when we need a nurse," Joelle Leclaire, a professor of economics and finance at SUNY Buffalo State, told ABC News. "If we can't have proper nursing ratios, fewer of us are actually going to be able to overcome conditions that affect our well-being in our health."

She added that's an economic impact as well because nurses are not getting paid their full wages when they're on strike.

"If they're not being paid now that they're striking, and the longer that they strike, that money doesn't go back into the economy," Leclaire said. "So that's another piece of it, too, which granted is smaller, but it's still a piece." 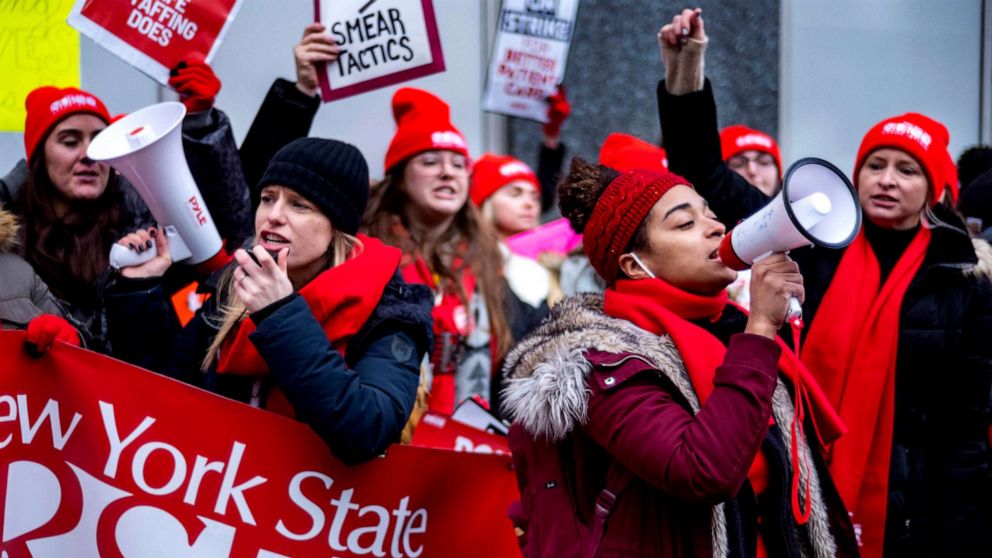 Montefiore said it has since introduced several new offers, including establishing average patient ratio, to end the strike.

"Montefiore remains at the bargaining table, committed to an equitable agreement that reflects the priorities of our dedicated nurses. Contingency plans remain in place to ensure our hospitals remain open, because Montefiore is, and always will be, here for The Bronx," a statement released Tuesday read.