Jon-Pichaya Ferry, known on TikTok as JonsBones, sells every bone in the human body -- including spines and fetus skulls.

Ferry lives in New York City, where he operates his online business. He said his clientele ranges from "chiropractors to universities to artists." He said he also sells to search and rescue teams who are training dogs to find missing people. 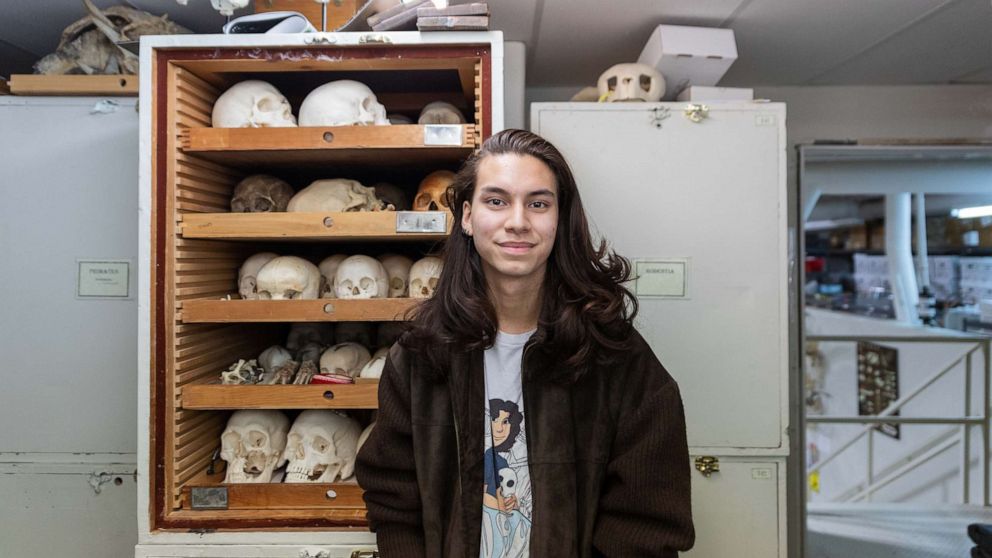 The 21-year-old told ABC News' daily news podcast "Start Here" the bones come from "medical sources that were used for medical education." He said his most common supplies are research organizations, museums and universities, but he's also received calls from people who inherited bone collections from family members in the medical field.

His stated goal is to help people learn from real bones without having to go to a museum or medical school.

Ferry said that the inspiration behind his company started at a young age when his father gave him a mouse skeleton.

"Instead of taking it from a creepy, dark and spooky way, I looked at it really with a fascination and awe," said Ferry.

The main two goals for his business are to make osteology accessible, and "destigmatize a stigmatized industry."

His account has since gone viral and has garnered more than 500,000 followers and 22 million likes.

While Ferry is not the only bone seller in the market, his TikTok videos have sparked a conversation about his lack of education in osteology -- the study of bone anatomy -- as well as the ethics and legality of his company and the commercial bone industry, in general.

"Human remains should never be sold. There are legitimate, ethical ways for institutions and researchers to obtain human bodies for research, and that is through cadaveric donation programs," she said.

Tanya Marsh, a law professor at Wake Forest University in North Carolina who teaches courses on complicated legal issues surrounding death such as estate, funeral and cemetery law, said selling human remains "is unethical because there is no consent."

"People don't request to be skeletonized before they pass, especially when it comes to fetus skulls," she said. "It is not privileged members of society whose bones end up being sold; it is people who are marginalized while they are alive, and they are further dehumanized and marginalized during death."

When asked if he thought he was exploiting human remains, Ferry responded, "I think when it comes to human osteology, it's an extremely sensitive topic. We really believe that the original purpose of these pieces were for education and understanding."

Ferry said he doesn't ask his clients the reason for their purchase. He equated it to being like how a prescription drug company doesn't have direct knowledge of how a patient uses their product.

"It is very hard for the medical company to be able to track exactly how the client or patient will use that prescription," he said.

But he pointed to policies he lists on his website that instructed buyers to "treat these bones with as much respect as possible."

"It is a gray area in the law, as it is not expressly legal. The legal uncertainty allows those who engage in selling bones to continue operating," Marsh said.

MORE: You have to see this Timothée Chalamet makeup transformation

"There are some limitations by statute in a couple of states," she added.

Ferry said he does not ship bones to Tennessee, Georgia, Louisiana or outside of the United States, where there are limitations or bans on the sale of human remains.

Marsh notes that since the debate has picked up attention in recent months she would not be surprised "if some states take another look at enacting statutes prohibiting the sale of human remains."

Editor's note: This report has been corrected from its original version based on additional comments from JonsBones.