More than four decades ago, an unidentified couple was found beaten and strangled in a wooded area in Houston. Although their remains were later found, questions remained about the couple’s baby daughter -- what happened to Baby Holly?

After years of searching, the baby was finally reunited with her biological family -- now as a 42-year-old woman. 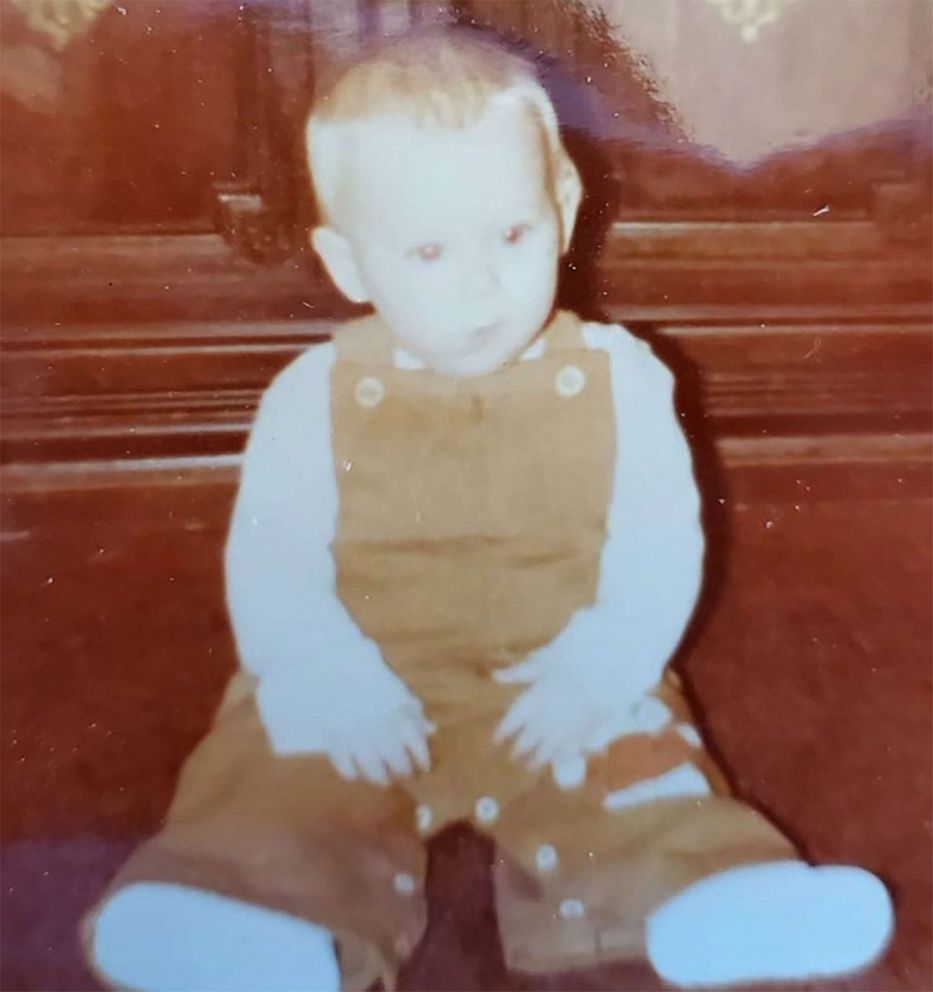 In an embrace over 40 years in the making, Holly Miller hugged her grandmother Donna Casasanta, her aunt Debbie Brooks and her aunt Tess Welch, among other extended family members, for the first time.

"I love you. ... Thank you for all your prayers,” Miller said. "God kept me safe and protected all these years, and I just wanted you to know that."

MORE: 'Baby Holly' found alive after missing for over 40 years after parents were murdered

Miller's grandmother repeated three words she told herself often over the years: "Never give up." 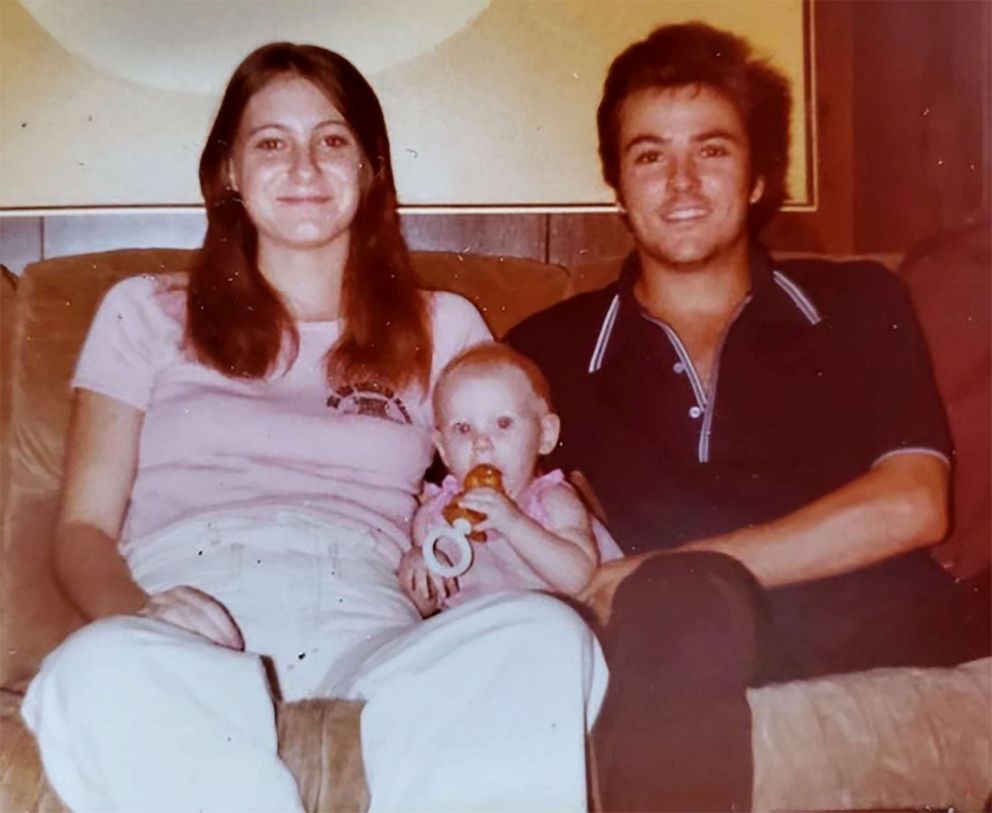 Casasanta/Clouse Family
Tina and Harold Clouse with baby Holly in an undated photo.

Following an investigation, the 1981 murder case of the unidentified couple went cold and the identities of the victims remained a mystery until a break came last year. Forensic genealogy was able to positively identify the couple as Tina Gail Linn Clouse and Harold Dean Clouse Jr., according to Texas Attorney General Ken Paxton. Once the bodies were identified, the couple's family and authorities began to search for “Baby Holly."

Sometime after her parent’s murder, authorities discovered that Baby Holly was left at a church in Arizona, where she was later adopted by her adoptive parents, who are not suspects in the murder of her biological parents. 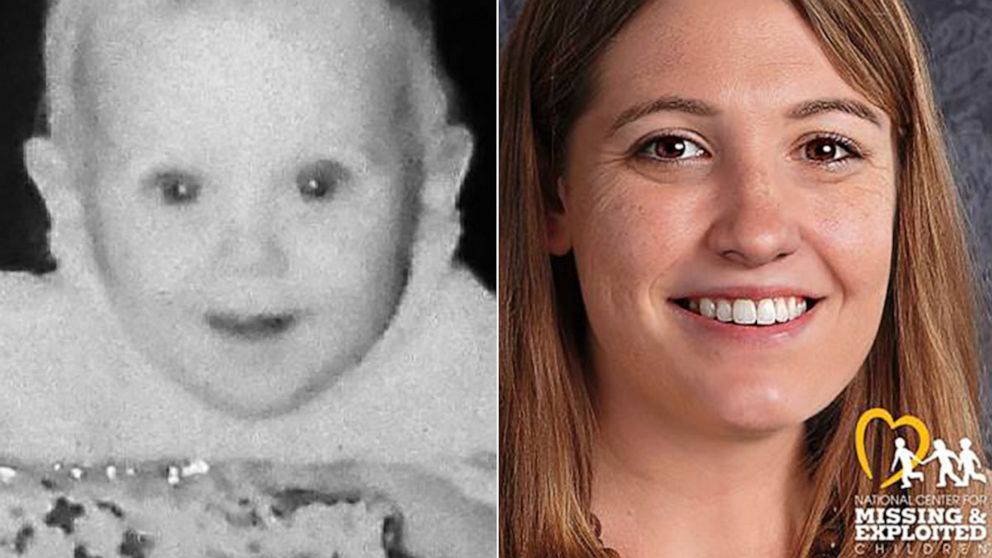 National Center for Missing and Exploited Children
A photo of Holly Clouse before she went missing and an age progression photo of her.

After the family of Tina and Harold Clouse were notified of their murder, they told authorities they hadn't heard from the couple since October 1980, and wanted to know what happened to their baby daughter. Soon they had their answer, Baby Holly was identified as 42-year-old Holly Miller, a mother of five living in Oklahoma.

“I am so wonderfully blessed to have a loving, faithful family to embrace as we meet again after 41 years. My heart is overwhelmed with joy and sadness. Joy to get to know my parents' family who have been praying and searching for me," Holly Miller told ABC News in a statement. "Sadness for our loss of my parents and the time we could have shared together. I am hopeful for many more gatherings with my newfound family to embrace one another and share memories together."

Lanae Holmes, a director of family advocacy at The National Center for Missing and Exploited Children said as they move forward, it's important to acknowledge Miller's experiences so far.

"The interesting thing about these sorts of cases is we have learned that ... we have to honor that person's lived experience. And for Holly, she had 41 years," Holmes said. "She has a family of her own. And she was just as excited to share her life with her biological family. This was a coming together of the past and the present and then being able to share all of that together and really just honor the time that has been lost, but also really honor the life and the lives that Holly and her family members have been living all these years."

Holmes added that the family will still have to grapple with "conflicting and competing emotions" in conjunction with their happy reunion.

"We stand in support of the law enforcement investigation that continues into the murders of Holly's parents," said Holmes. "And we do hope that there can be answers that will come of that, that will give this family some sense of peace, some answers to really understand what happened to them. And having Holly as an example of, that we never, ever give up hope. At the National Center, there's always hope for children to be found."

"It is these cases that really validate the work that we do. And I'm not saying this lightly -- we will never stop looking for missing children. We will never, ever stop," Holmes added. "This is a case that gives us that drive to continue to search and to continue to have that hope. So while 40 years is definitely one of the longest recoveries alive that we have dealt with at the center, it just renews our efforts for all of the employees of the National Center, all of the families that are out there still searching for their children. This is a case that gives them hope."

The investigation into the murders of Harold and Tina Clouse is ongoing. The Texas Attorney General’s Office Cold Case and Missing Persons Unit has asked the public to contact them with any information related to the case at coldcaseunit@oag.texas.gov.