Benjamin and Tina Gibson were blessed on Nov. 25 with their "sweet miracle:" Baby Emma Wren, weighing in at 6 lbs., 8 oz., and 20 inches long, the National Embryo Donation Center announced Tuesday.

But what makes Emma a "miracle" child? Having been cryopreserved for twenty-four and a half years, she's the longest known frozen human embryo to result in a successful birth.

The Gibsons, who live in East Tennessee, were't immediately sold on the concept of embryo options, they told ABC News.

About a year and a half ago, the couple was at Tina’s father’s home, dropping off their dog before heading off on vacation, when her father told them he had watched a TV news report about embryos, having been aware of the couple's desire for children. Ben and Tina thought it was an interesting concept, but they told him they were not interested. So, they left for their vacation.

Still, the Gibsons told ABC News they could not get this option out of their heads -- and hearts. They read every article, watched every video. That was in May 2016. Fast forward about four months to August 2016, and Ben and Tina brought up embryo options again. “I prayed about it,” Tina told ABC News. That night, they filled out the application. 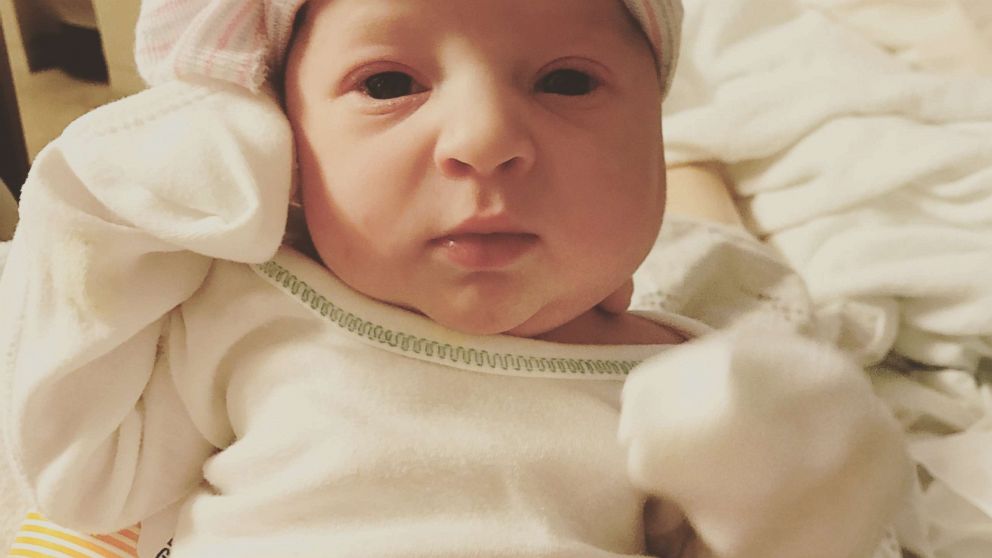 Courtesy Benjamin and Tina Gibson
Emma Wren Gibson was born on November 25, 2017, and was a frozen embryo for over 24 years.

By February, they had picked their donor profiles -– a process, which Tina says, was very overwhelming. “There were over 500 profiles we had to go through,” she told ABC News. In March, she had the embryo transfer. And on Nov. 25, Emma Wren was born.

“In this case, the receiving couple were provided with one-page profiles of all the available embryos that had been donated to the NEDC," NEDC lab director and embryologist Carol Sommerfelt told ABC News. “They selected five donors to view extended profiles on and then they selected their preferred donor."

The Gibson’s selection was the 24-year-old embryo, Emma. Sommerfelt told ABC News the preparation to prepare the uterus took 6 weeks.

Emma had been frozen since October 14, 1992, about a year and a half after Tina was born. Tina, now 26, became pregnant from a frozen embryo transfer (FET) on March 15, 2017 by Dr. Jeffrey Keenan, NEDC's medical director. Emma had been thawed only two days prior by Sommerfelt. 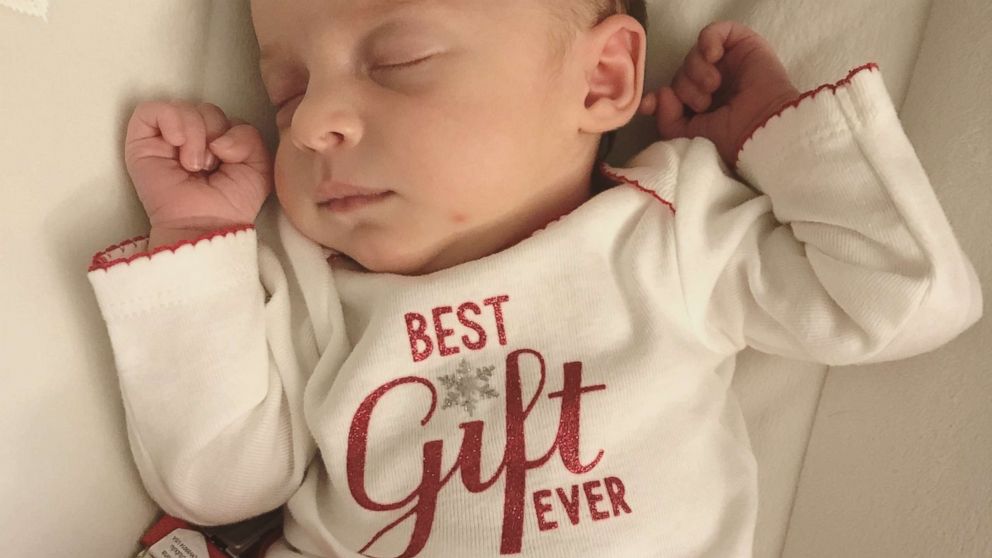 Courtesy Benjamin and Tina Gibson
EmmaRenSleeping.Jpg: Emma had been frozen since October 14, 1992, about a year and a half after Tina was born, the release from NEDC said.

Emma happened to be their second choice embryo. Tina and Ben had to pick three in case one did not take. Tina says “it was meant to be.”

“The NEDC has been privileged to work with the Gibsons to help them realize their dreams of becoming parents,” Dr. Keenan said in a statement. Dr. Keenan is using the Gibson family’s "miracle" as a way to show the amount of opportunity for any family in a similar situation. “We hope this story is a clarion call to all couples who have embryos in long-term storage to consider this life-affirming option for their embryos,” Dr. Keenan added.