A New York woman who spent 15 days in the hospital due to novel coronavirus had an unforgettable send-off thanks to her doctors, nurses and husband and she hopes her triumphant story will continue to inspire others during this tough time.

The Staten Island University Hospital posted a video on Facebook of the staff erupting in cheers as Christina Paz was discharged after her hard-fought battle with COVID-19, the disease caused by the virus. 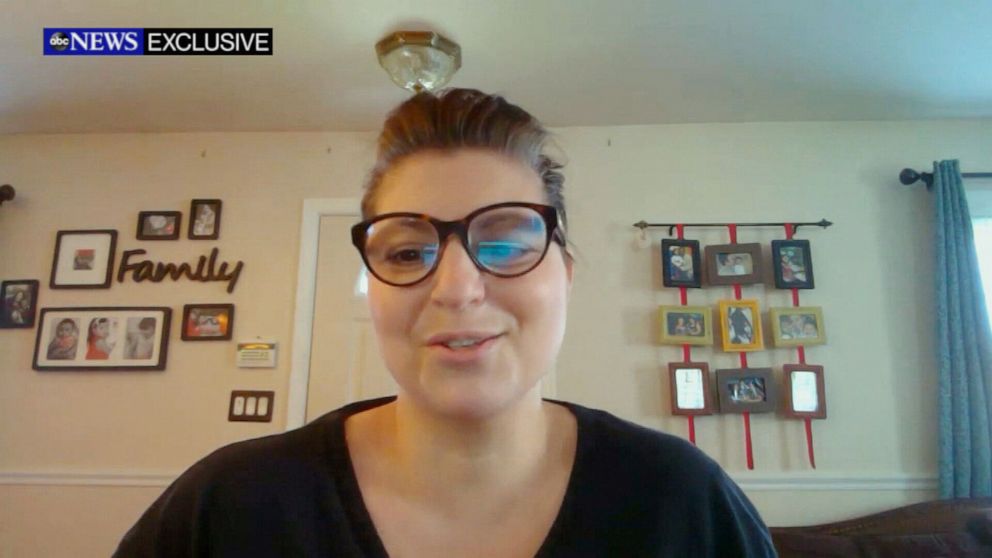 ABC News
Christina Paz is released from the hospital after recovering from Coronavirus.

The 47-year-old mother of five told ABC News in an exclusive interview that the special moment was "something to really be thankful for."

"Knowing that they cared that much to be there -- you know, to say that goodbye, was wonderful," she said.

1:21
A New York City mother of five was cheered on by hospital staff as she left Staten Island University Hospital on April 4, following a lengthy battle with COVID-19.

"When I finally saw him, I could not have imagined what was going to come over me," Paz said of the emotional reunion with her husband.

"I appreciate the opportunity to hopefully give inspiration, hope to those who may be facing or have loved ones facing this situation," she went on. "I have overcome. My heart goes out to those who have not been as fortunate in having a positive outcome. I give my sincere condolences as I can only imagine the pain you were going through. But there is hope and I am living proof of that."

The powerful moment has been shared on social media by thousands but the hopeful, happy ending also serves as a cautionary tale for others. 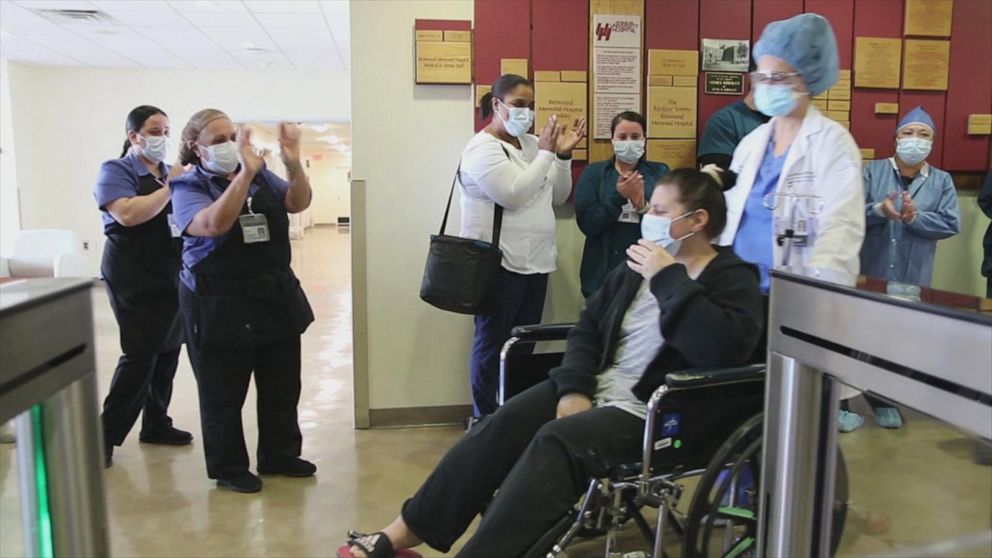 Paz said she had no underlying conditions and began to feel under the weather in mid-March. Her symptoms persisted after a few days.

"I noticed the cough was getting worse and I was having trouble breathing. Then my family started telling me, 'you could have this.' And I'm like, 'no, there's no way,'" she recalled. "Why would I get this? How could I get this? I mean the most I did was, you know, go out shopping and take the precaution while shopping, you know, washing the hands before washing them after."

But her condition worsened and she was hospitalized.

Paz said she didn't realize how bad her health was until she overheard nurses tell her husband that she would be moved to critical care.

"I still refused to accept how serious it was until I heard the nurses on the phone with my husband -- telling him that they were taking me there," she said. "They [were] afraid they may need to incubate and put me on the ventilator."

Paz said the prospect of that was terrifying, but thinking about her family gave her strength. 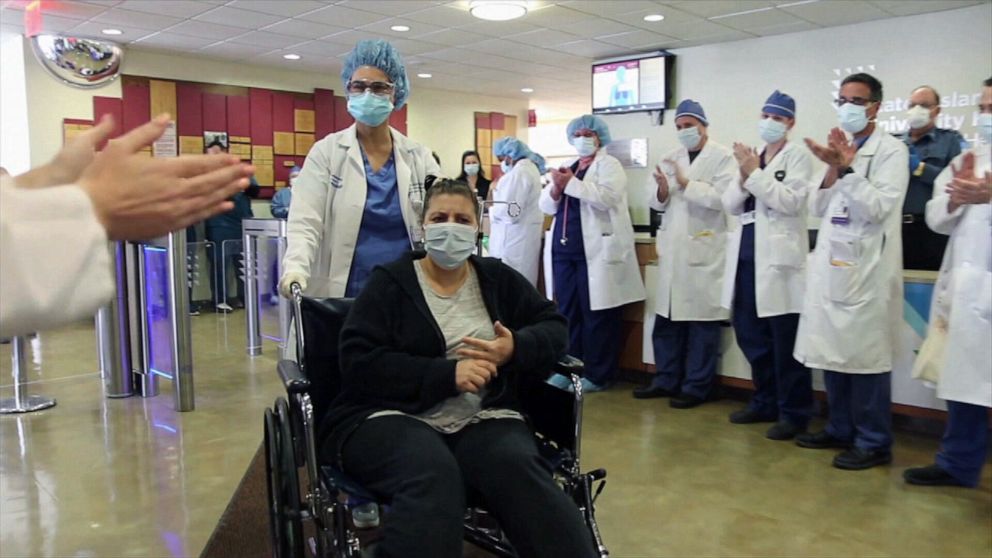 ABC News
Christina Paz is released from the hospital after recovering from Coronavirus.

"I'd sometimes dial just to hear their voices. And that for me was help.That was reminding me what I was fighting for, not to lay there and give up," she said. "I just kept saying, 'I have to keep better enough to go, to go home. I have a lot to go home to.'"

After three days in the critical care unit, Paz's condition stabilized and she finally began to improve. Eventually, thanks to her great medical care team, Paz was well enough to go home after more than two weeks.

"There are not words strong enough to thank them for the care that they give," Paz said. "The doctors, the nurses, they all go way above and beyond. And nobody can thank them enough."