By Tommy Brooksbank
Video by Will Linendoll
Share —
Sign up for our newsletters to get GMA delivered to your inbox every morning!

As the coronavirus pandemic continues to shut down businesses across the country, Jennifer Knox is doing whatever it takes to keep her staff's heads above water.

April usually marks the beginning of the busy season at her Tybee Island, Georgia restaurant, The Sand Bar. But thanks to COVID-19, there's not a customer in sight. The bar closed its doors March 23 to comply with statewide orders limiting restaurants to takeout and delivery only.

"Awful timing for everybody, but we're all in this together," Knox said.

As she began to close up shop, Knox realized there was some good she could do for her staff. Over the last 14 years, it became a tradition for customers to write special notes on dollar bills and staple them to the walls and ceilings of the bar.

"I looked around and thought, 'We had to get this money in the hands of people who need it,'" Knox said. 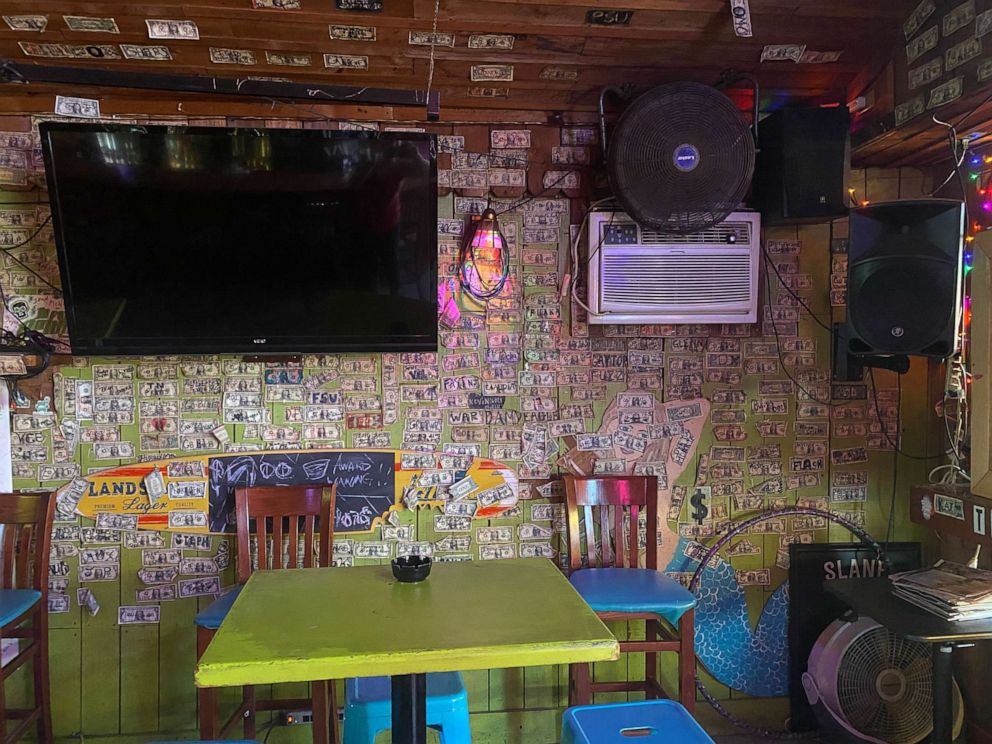 A team of five volunteers joined Knox and her mother and spent 3 1/2 painstaking days taking down the money that surrounded them -- careful to keep each weathered bill intact. Knox posted about the change in decorations on Facebook and a few costumers came by to exchange their message dollars with a fresh bill. 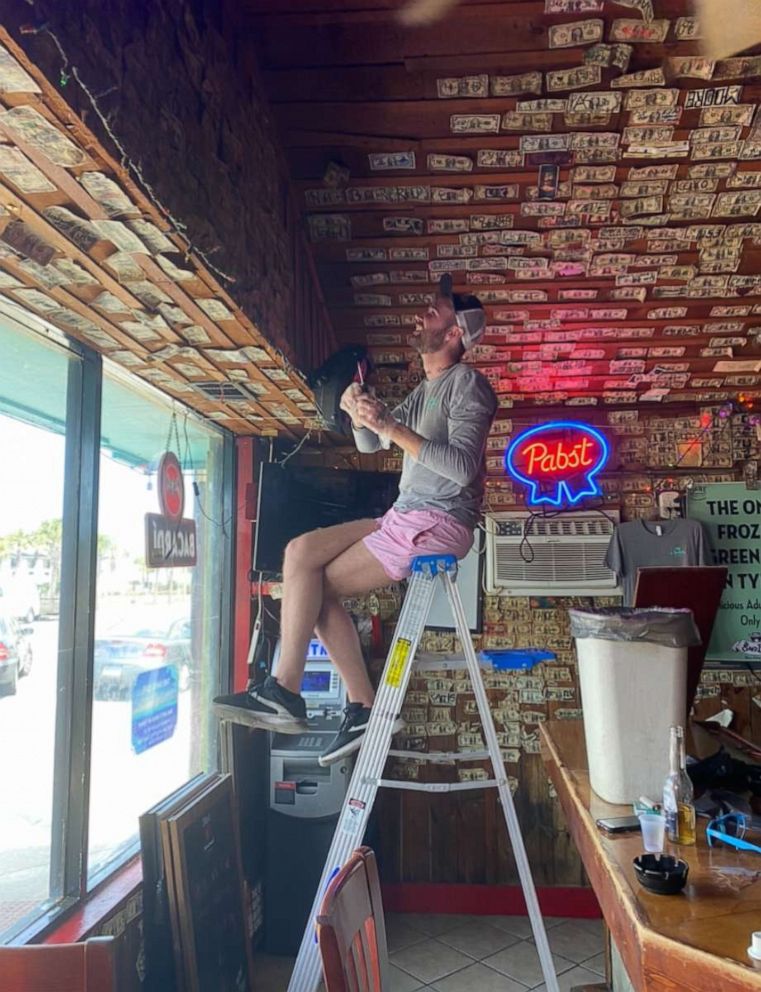 Once cleaned and counted at the bank, the group had a haul totaling $3,714. Several people also donated to the cause, which allowed Knox to divide up a $4,104 grand total to her six staff members, which came out to over $600 each. It's a payday that came as a godsend for many.

"One of our musicians can pay his rent now because of the money and he was bawling," Knox said.

MORE: Hotels are lighting up hearts for health care workers

But the generosity didn't end there. Bartender Katie Mothersbaugh decided to give her cut to a co-worker who needed it more, delivering the news over FaceTime as tears of gratitude flowed from both of them.

"We were all crying because of how much it meant to her, it was amazing," Knox said. 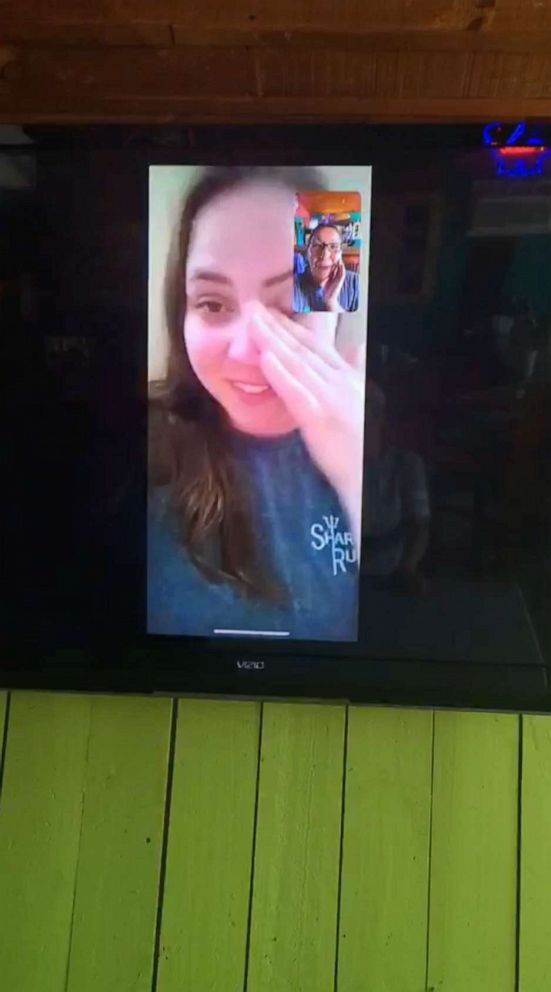 Restaurant employees are particularly vulnerable nationwide. The latest job claims report from the Department of Labor found 6.6 million Americans filed unemployment benefits for last week, bringing the total number of unemployed claims to 16 million in just three weeks. Since government relief packages from these claims haven't materialized yet, employees like those at The Sand Bar are forced to rely on the goodwill of people in their community to help them get by.

"Everyone on our island works in the service industry in one way or another so there is a lot of need right now," Knox said. "I'm glad we're able to help in our own small way." 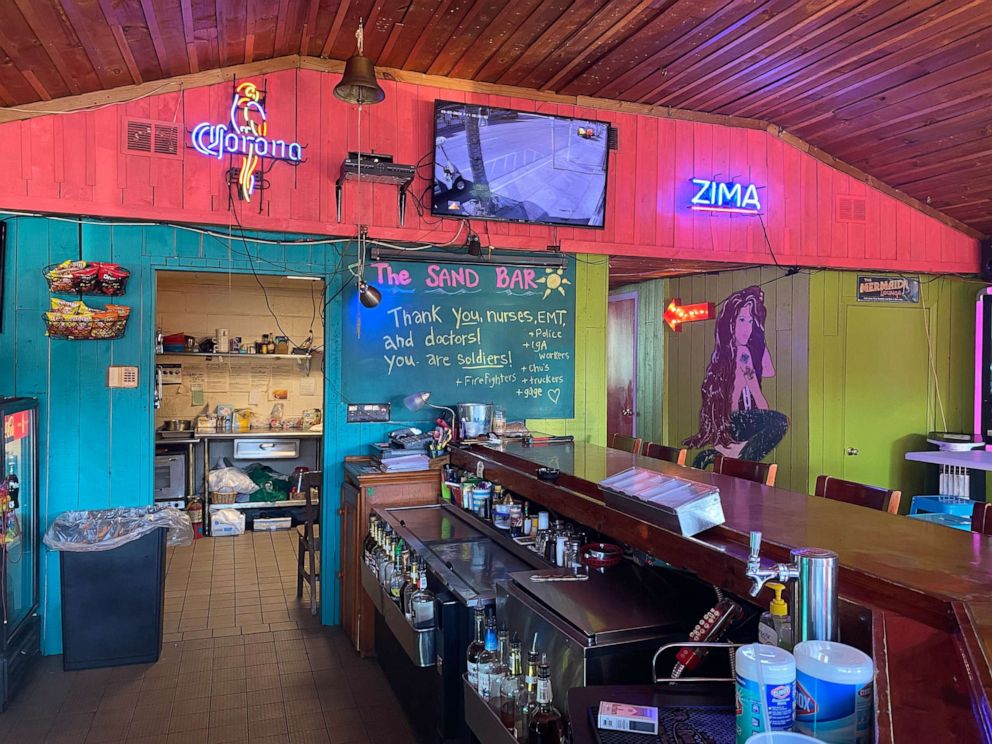 And in that spirit of helping, Knox explained she's continuing to take donations for service industry employees on Tybee Island, setting up a Venmo account that's already raised over $1,000.

As for the bar, Knox revealed she had a cleaning team come in to freshen up the place after all the money was gone, including adding a fresh coat of paint. She's unsure if the bills will still have a place on the walls moving forward, but hopes to have a new way for customers to leave their mark.

"I don't know if people will recognize the bar now," Knox laughed. "But we're trying to come up with neat ways to continue some kind of tradition here for costumers."