For months after its doors were shut in March 2020, preschool teacher Rachel Shelton's old classroom sat as though stuck in a time warp.

Decorations for spring and St. Patrick's Day still hung on the walls even though the kids -- abruptly sent home amid concerns of a new deadly virus -- had moved on.

Now, two years after the nation's schools closed and businesses began laying off workers, Shelton is still out of work, hesitant to return to the classroom because of the high stress and lack of flexibility.

"One runny nose for the little one was like a week out of school, and that happened multiple times … My husband and I -- one of us needed to always be on call basically, because there were so many sick days," she told ABC News. 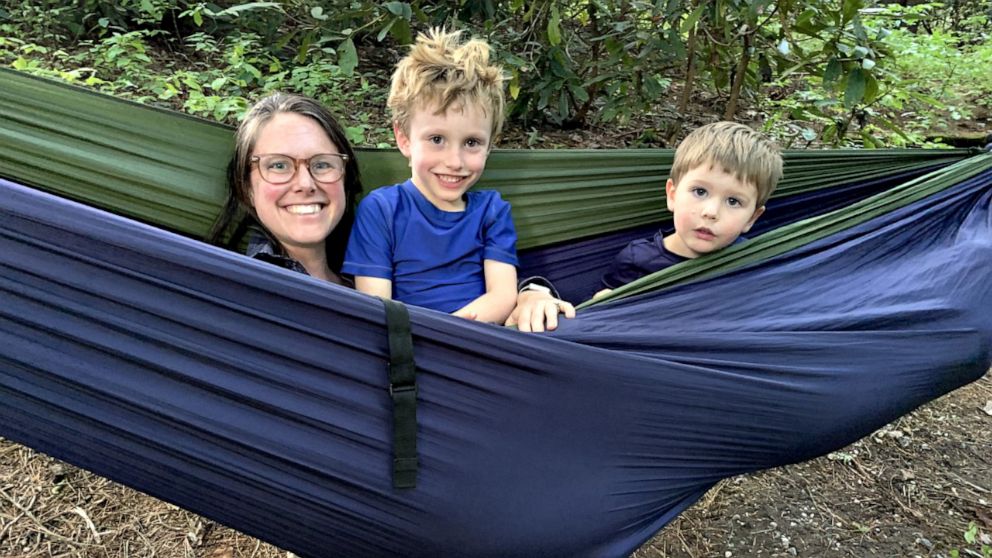 Last month, a triumphant President Joe Biden declared "America is back to work."

But, as it turns out, not everyone is.

Most of the nation's 6.6 million jobs gained since Biden took office have gone to men, according to the Labor Department. As of early February, there were still 1.4 million fewer employed adult woman in the workforce compared to 500,000 fewer adult men.

Simply put, women left the workforce early on in the pandemic at greater rates than men, and they have been more reluctant to return.

Not surprisingly, hardest hit were women in high-stress, low-pay service jobs such as child care and nursing.

"The pandemic whacked women, especially the lesser educated. They're the ones that took the brunt," said Richard Fry, a senior researcher at the Pew Research Center.

"When you go into you look among the lesser educated portions of the labor force, it's clear that women have taken a much bigger hit than less-educated men," Fry said. 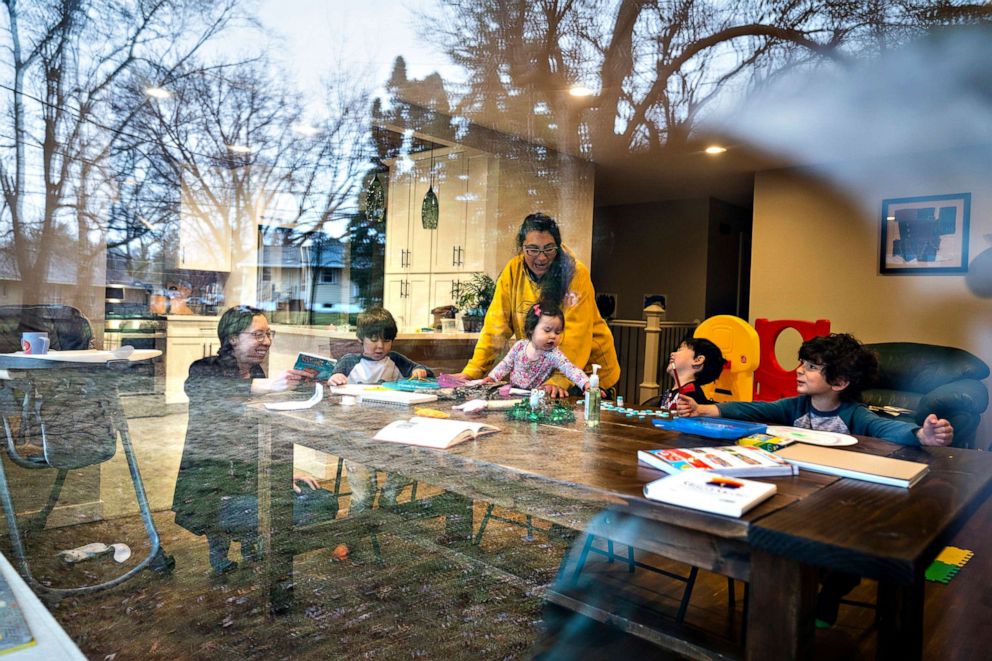 Star Tribune Via Getty Images/Star Tribune via Getty Images, FILE
Andrea Royce, left, homeschooled her children Rowan, 6, Lucy, 1, and Parker, 4, with the help of a friend that helps with childcare, Carlota Bernal in yellow, with her son Blaze Boxell, far right, 5. Andrea Royce spent time homeschooling her three children with help from her friend that helps with childcare Carlota Bernal at Royce's home in Roseville, Minn. on March 25, 2020. Parents had to take on the role of educators as schools closed due to the pandemic.

Particularly vulnerable were Black women. According to the National Women's Law Center, unemployment rates dropped or remained the same for almost every race or ethnicity except Black women, with an unemployment rate of almost double that of white Americans. Meanwhile, while many other groups were joining the labor force last month, 31,000 Black women left.

Parenting appears to be a factor, too. According to one analysis, women with children were three times as likely to lose their jobs early on in the pandemic compared to fathers.

Mandee LaCroix, a mom of two girls in Concord, North Carolina, said none of this surprises her. LaCroix ran a child care center during the pandemic before she burned out and quit. At about $10 an hour, her employees earned less than workers at fast-food restaurants and were not offered insurance or retirement benefits. Eventually, she quit and has since gotten a job working with special needs students at a public school.

"It was a lot of stress on my family. I was working a million hours … I was so worn out that it really had stolen any of the joy" of my job, she said. 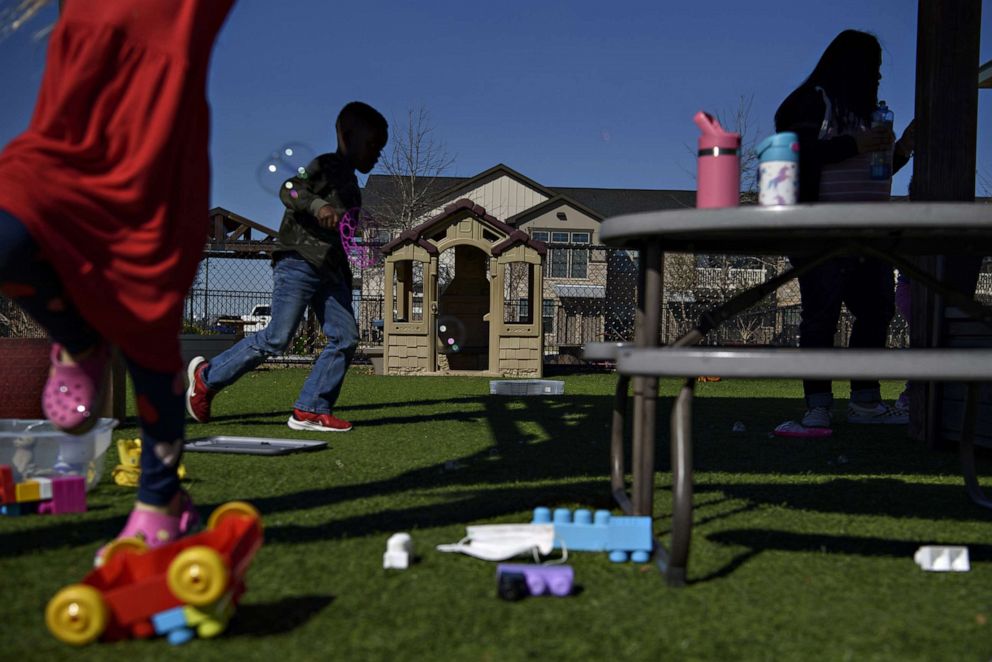 Callaghan O'Hare/Bloomberg via Getty Images, FILE
Children play on the playground of a daycare center in Richmond, Texas, Feb. 9, 2022. Since Covid-19 arrived in earnest in early 2020, about one-third of childcare centers have closed and some 111,000 workers have departed the sector.

While there's no doubt that female caregivers have been hit harder in the pandemic, the current job market also is a golden opportunity for many higher-skilled women, according to Emily Dickens, chief of staff and head of government affairs the Society for Human Resource Management.

Faced with a worker shortage, many employers are scrambling to find skilled employees and are willing to entertain flexibility they weren't before.

Dickens says women should jump now if they are considering getting a new job.

"You've got to voice what your demands are on the front end and this is the opportunity to do it. This window is going to close."

Shelton said she's finally looking for a job again, although she doesn't want to return to the classroom because of the high stress and inflexibility. It frustrates her that no one has found a solution.

"We're just not valuing the people who take care of other people, either professionally or in their personal lives," she said.