Brenna Lyons, a young mom living with her husband and toddler son in Augusta, Georgia, suffered a miscarriage last spring.

The procedure she required to remove tissue from her uterus was the same used for a woman getting an abortion, called a "dilation and curettage."

At the time, Georgia's six-week abortion ban wasn't in place. And because her fetus no longer had a heartbeat, she shouldn't have been impacted by the law anyway.

Still, Lyons wonders: Had the law been different at the time, would her doctors have believed her that she was miscarrying? Could they have denied her the procedure to avoid legal trouble? Would she have been forced to pass the pregnancy at home by herself instead of getting help right away? 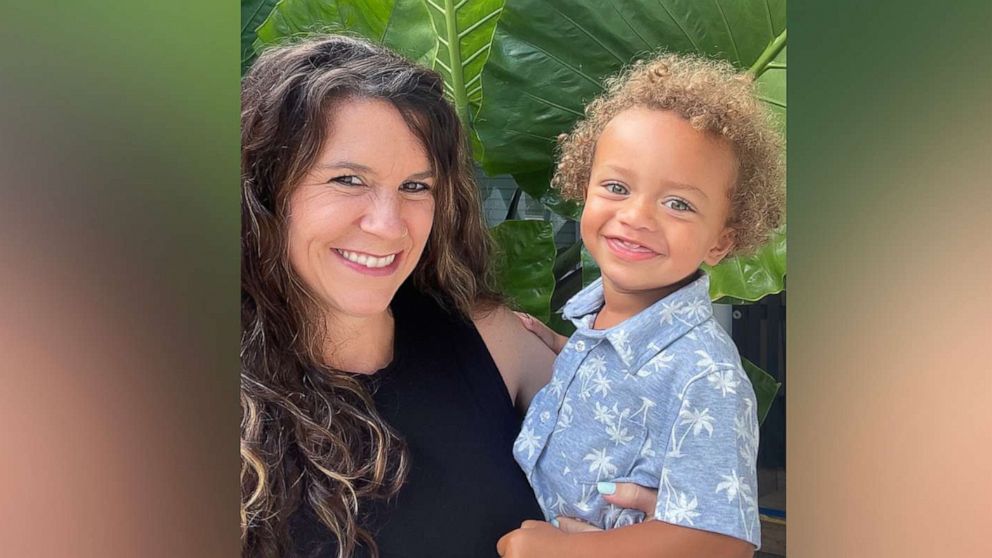 Courtesy Brenna Lyons
Brenna Lyons, a young mom living with her husband and toddler son in Augusta, Ga., says recent restrictions on abortion will be a major factor for her and her friends in the 2022 midterms.
MORE: White House set to highlight Republican-led abortion restrictions in 100 days since Roe was overturned

Lyons, who is pregnant again, says those questions haunt her and her female friends with similar experiences. And they are fired up to vote next month.

"I have friends in Arkansas who have voiced the same kind of concern that the law just puts that hesitance there, that pause" on what's legal and what's not, she said.

"Whereas when we had a constitutional right (to an abortion), our doctors felt like they could do what they needed to do to protect us," she said. 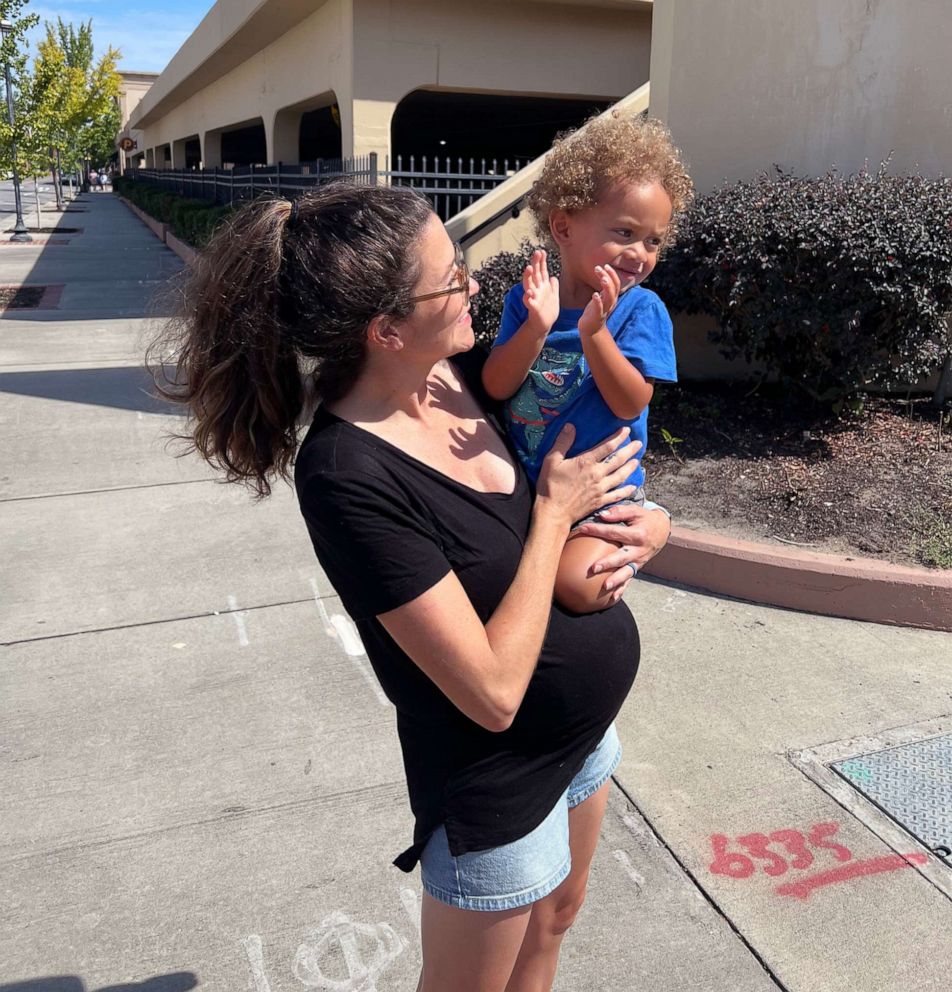 Courtesy Brenna Lyons
Brenna Lyons, a young mom living with her husband and toddler son in Augusta, Ga., says recent restrictions on abortion will be a major factor for her and her friends in the 2022 midterms.
MORE: For these Black activists, abortion isn't just a woman's issue. It's about race, too

As the nation inches toward a midterm election next month where Republicans have high hopes of major gains, poll watchers are eyeing whether women like Lyons and her friends could become a kind of wild card that tips the outcome of close races.

According to a survey released Tuesday and paid for by the right-leaning think tank American Enterprise Institute, abortion rights now dominate what younger female voters care about – surpassing inflation, crime and immigration by a significant margin.

Also, young women overwhelmingly say abortion should be legal, including nearly half who say there should be no restrictions on it at all.

MORE: Biden struggles, as does his party, as most Democrats look elsewhere for 2024: POLL

While it's unclear if that passion might translate into actual votes – the survey was taken in August with the midterm elections still weeks away – today's abortion debate is emerging as a kind of "generational defining moment" in US politics that could impact future elections, said Dan Cox, director of AEI's Survey Center on American Life.

"No one cares about this issue more than young women," he said. "In fact, and I've never seen this before in roughly 15 years of polling, abortion is ranking as the most important issue" in that group.

The final impact though is far from clear. Complicating the election outlook is that the woman most directly impacted by abortion restrictions – namely Black women living in the South where bans are most prominent -- aren't the majority of voters.

In Georgia, for example, before it's six-week ban took effect this summer, Black women sought out 65 percent of the abortions in the state, compared to 21 percent of whites, according to data compiled by the Centers for Disease Control of and Prevention.

Advocates say poverty and a lack of affordable health care, including contraceptives, are to blame.

Yet, the majority of voters in Georgia's recent elections are white and over 65 -- a demographic typically more concerned with inflation and cost of living, than abortion. That's a major liability for a candidate like Democrat Stacey Abrams, who is running again for Georgia governor after narrowly losing four years ago to Republican Brian Kemp. 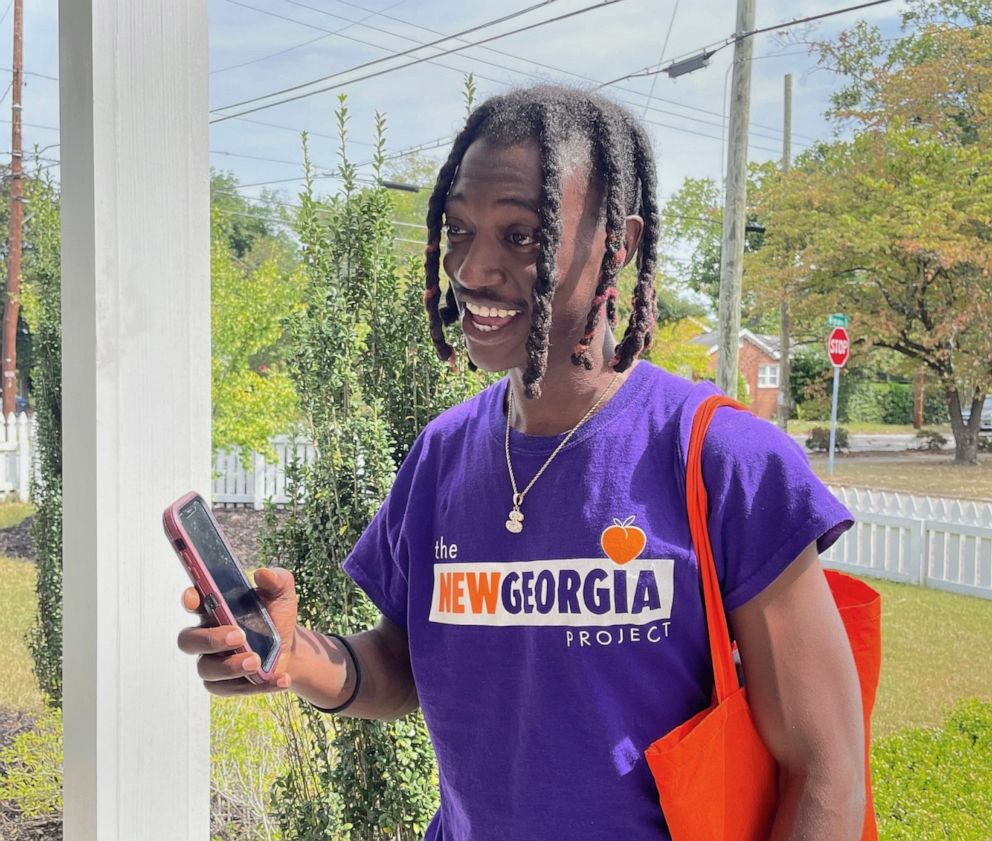 Jasmine Keith, an Atlanta-based organizer for the New Georgia Project, a voter rights group originally founded by Abrams, wants to change that equation.

Keith spent a recent weekend handing out emergency conception with voter guides at a block party in a Walmart parking lot in South Fulton. Another weekend, she helped to host an event at a roller-skating rink called "Rollin' With Repro" for "an afternoon of roller skating, reproductive justice and voter education."

The majority of people she speaks with are young and Black, like her, and very concerned, she said.

"A lot of people don't know," she said of Georgia's six-week ban. "And when they do find out, I feel like it's a push for them" to vote.

Emily Greene, who runs the organization's Augusta office and has been working on voter engagement efforts since she was a teen, said she's sensed a difference in voters this election.

"They're just ready … They want to go. They won't be pushed back down," Greene said of voters.

MORE: Why some anti-abortion rights backers want a ban that would stop few abortions

But to political strategists and pollsters like Cox, the question remains whether voters passionately in favor of abortion rights will show up at the polls this November in a new way.

Lyons, for example, is a long-time voter who said she would have punched a ticket for Democrats anyway.

"For certain constituencies, for certain segments of the population, I think it's going to have profound political impacts long term," said Cox.

For Lysons, she has decided to speak up more on the issue.

Her goal? "Hopefully be a voice for someone who feels like they can't speak up, can't be heard, can't make it to the polls," she said.