With a Grammy win and an appearance in her first film, it's been a history-making year for Cardi B. Now she's landed on the cover of Vogue.

The rap star wears a red Michael Kors dress and matching Jimmy Choos on the January cover. Her toddler daughter, Kulture, is photographed sitting on her lap.

Cardi, 27, told the magazine, "This is about making music. I always need help when it comes to talking about my feelings. It's hard for me to be soft, period."

On the subject of feminism she said, "Feminism means being equal to a man, and I am."

Cardi is the fourth star to be featured as part of the magazine's "Vogue Values" issue which highlights four incredible women with four individual covers.

"She is undeniably one of the most powerful women that we have," Tonne Goodman, contributing editor at Vogue, told "GMA." "She's not only powerful in music, she's powerful in politics and in her whole creativity and in motherhood." 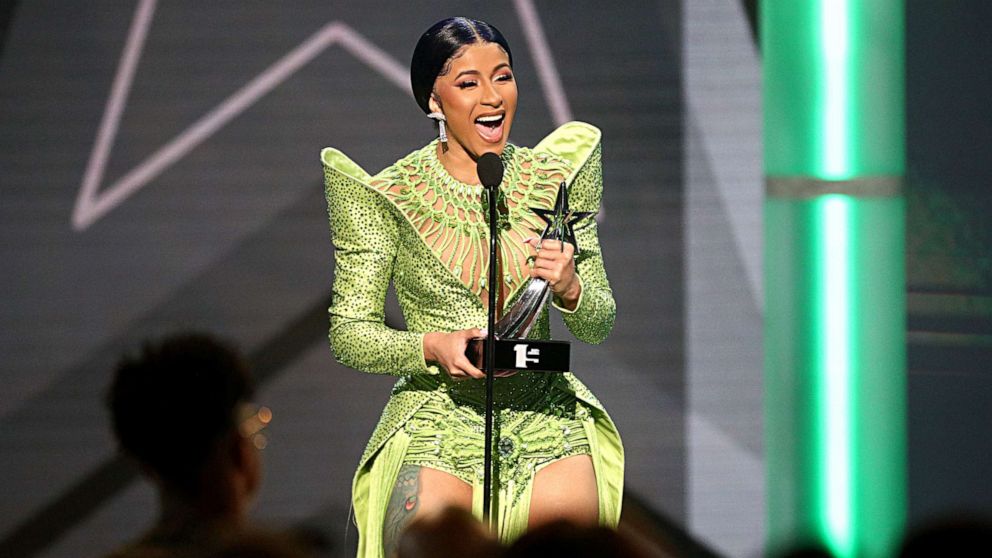 Frederick M. Brown/Getty Images, FILE
Cardi B accepts the Album of the Year award for 'Invasion of Privacy' onstage at the 2019 BET Awards at Microsoft Theater, June 23, 2019, in Los Angeles.
(MORE: Okurrr! Cardi B wants to trademark her signature catchphrase)

Staff at Vogue was apparently able to get Kulture to smile on set by breaking out in a "Baby Shark" routine for the 1-year-old.

"You couldn't get it out of your head, so everybody was singing it for days," she added.