Ashley Graham is celebrating the new year by appearing on the latest cover of Vogue.

The model scored her first cover of American Vogue in 2017 when she posed alongside Kendall Jenner, Gigi Hadid and other top fashion models.

Vogue describes Graham as "the model who changed an industry."

"Honestly, that is an incredible compliment and I have to say this is such a milestone moment that I can't just take all the credit for," Graham said Friday on "Good Morning America." "I have to really thank all the people who have embraced diversity and inclusion for all women because that's what a cover like this means."

The pregnant model is the third star to be featured as part of the magazine's "Vogue Values" issue which highlights four incredible women with four individual covers.

"Being a girl from Nebraska, having this cover and knowing that this opportunity is available for someone like me just reminds me that anything is possible--anything," she said.

Graham will soon become a mother to a baby boy. She said she turns to social media for support from other mothers and hopes to change the narrative for pregnant women.

"I want mothers to know that there is honesty when it comes to the difficulty behind your body changing and growing," she said. "I have an amazing community on social media that I have been honest with about stretch marks, new roles, things that I haven't been able to control and the mommy community is so real. I had no idea, and they've embraced me with open arms." 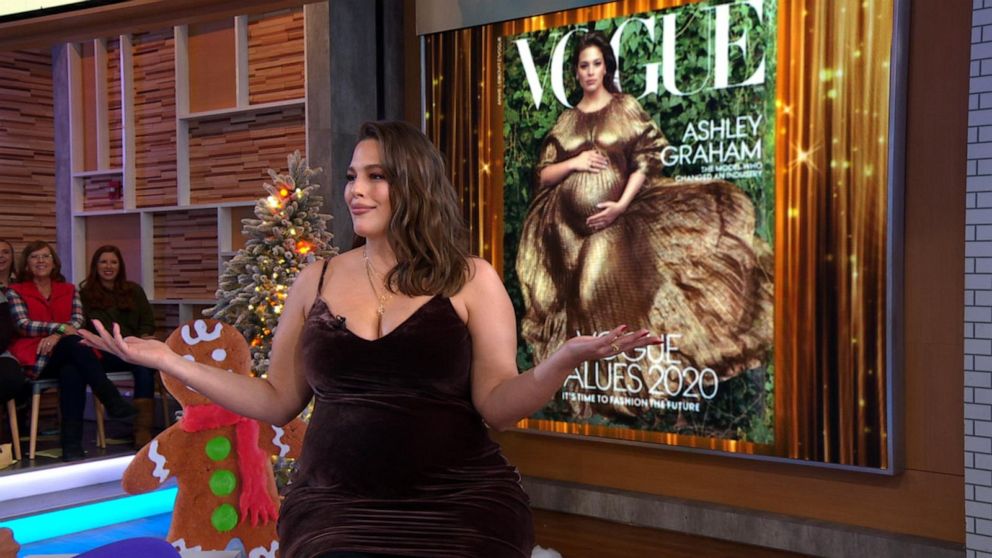 Graham said she thanks Vogue's staff and editor-in-chief, Anna Wintour, for the honor.

"They are the catalyst in saying what is fashion? What is the future? And this is the future. It's about diversity and inclusion," Graham added.