One of Dua Lipa's most recent looks is evoking memories of an unforgettable and iconic Britney Spears ensemble.

The singer posted several behind-the-scenes photographs of herself on Instagram Wednesday from her Future Nostalgia tour. In the photos, she can be seen wearing a studded and belted denim spaghetti-strap dress and a large sparkling cross pendant.

"show 93 baby!" she captioned the carousel of snaps. 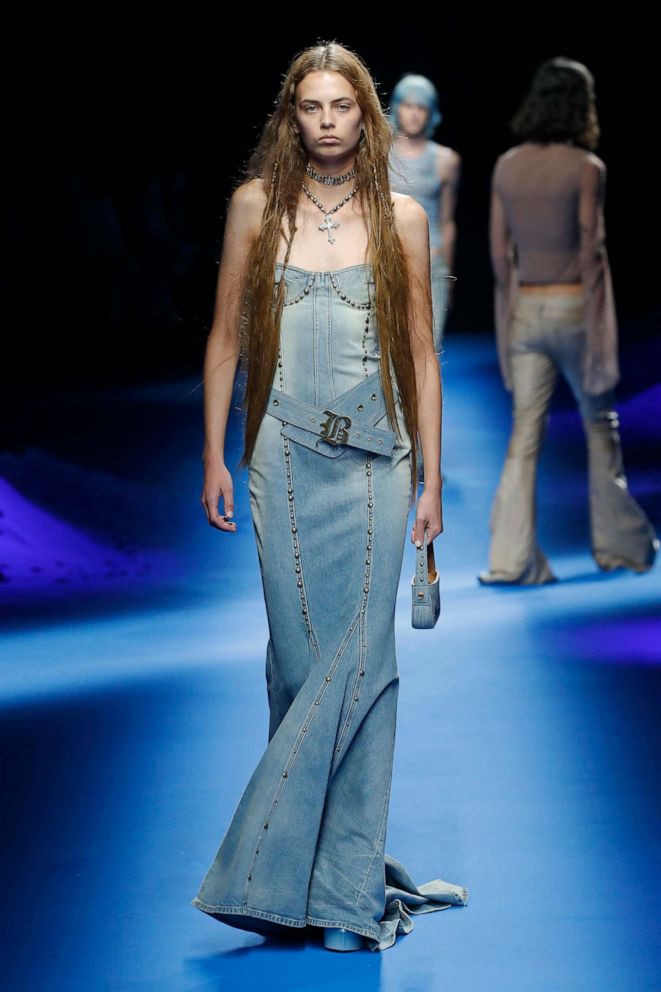 Estrop/Getty Images, FILE
In this Sept. 22, 2022, file photo, a model walks the runway of the Blumarine Fashion Show during the Milan Fashion Week Womenswear Spring/Summer 2023 in Milan, Italy.
Editor's Picks

Observant fans were quick to make comparisons to a similar ensemble worn by Spears over a decade ago.

In 2001, the "Baby One More Time" pop star showed up to the American Music Awards alongside then-boyfriend Justin Timberlake wearing an unforgettable Kurt and Bart bustier denim patchwork dress, pairing the look with a sparkling choker necklace, jeweled bracelets and a silver chain belt.

"It's giving Britney Spears," one Instagram user wrote in the comments of Lipa's post. Another chimed in, writing, "This screams Britney Spears at the 2001 AMAs."

Several other fans shared similar thoughts on the twin looks. 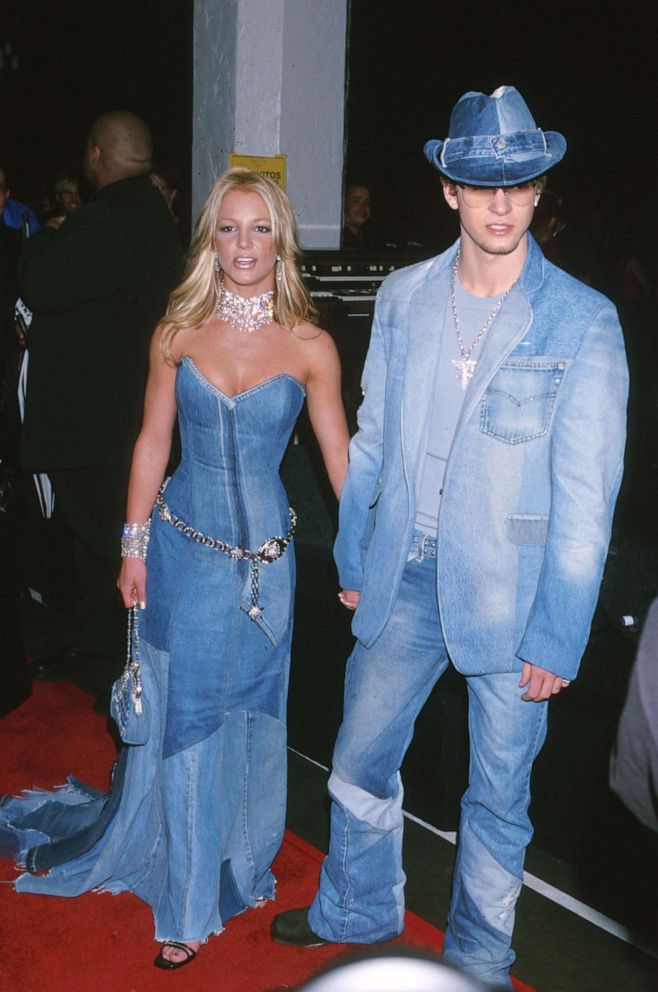 Jeffrey Mayer/WireImage via Getty Images, FILE
In this Jan. 8, 2001, file photo, Britney Spears & Justin Timberlake attend the American Music Awards in Los Angeles.
MORE: Dua Lipa opens up about new music and the next chapter of her life

Spears' 2001 ensemble -- which was matched with Timberlake's all-denim suiting -- became an instant sensation at the time, and over the years sparked a few copycat looks from other celebrities.

In 2014, Katy Perry gave the denim trend a go, trying her own rendition of Spears' look as she attended the 2014 MTV Video Music Awards with rapper Riff Raff, who also donned a denim suit.

Calling out her custom Versace look, Perry tweeted to Spears shortly after the show, writing, "I did my best impression, hope u likey!"

Spears responded, "Just when I thought the denim dress had retired....you bring it back! You looked amazing tonight bb ;)."