Goldie Hawn and her daughter Kate Hudson had a glowing moment as they hit the red carpet for the premiere of "Glass Onion: A Knives Out Murder Mystery" in Los Angeles on Monday.

The two were photographed together smiling in sparkling looks.

Hudson dazzled in a floor-sweeping gown from Elie Saab's Fall/Winter 2022 couture collection that included sequined embroidery and elongated sleeves. She wore her hair pulled back.

Hawn also was hard to miss wearing a black patterned jacket, pants and silver metallic boots. She completed the look with a beautiful updo that included face-framing bangs. 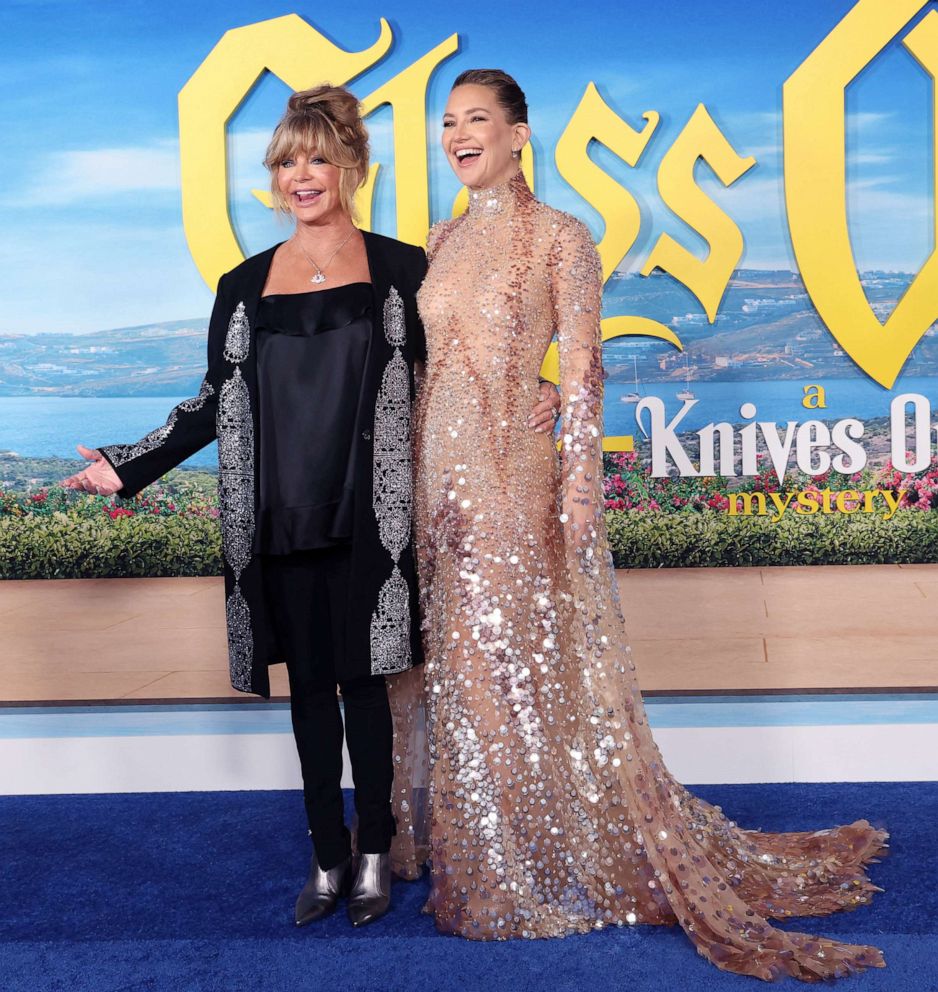 Hudson stars in the upcoming movie, which is slated to hit theaters on Nov. 23 for one week only.

The film is a follow-up to Rian Johnson's 2019 "Knives Out." In the sequel, detective Benoit Blanc, who starred in the first film and is played by Daniel Craig, travels to Greece to peel back the layers of a mystery involving a new cast of suspects.

A post shared by Glass Onion: A Knives Out Mystery (@knivesout)

After hitting theatres in November, the movie will premiere on Netflix on Dec. 23.