For the 2021 People's Choice Awards, Kim Kardashian was presented with The Fashion Icon Award.

Wearing an all-black ensemble by Balenciaga paired with dark shades, the reality star and businesswoman was introduced by Tracee Ellis Ross, who was last year's recipient of the award.

"To receive the award from the fashion icon herself," Kardashian said to Ross, "I am so honored. Thank you."

During her acceptance speech, she expressed gratitude for opportunities she's been granted and called her win a "pinch-me moment."

Kardashian also thanked her ex-husband Kanye West for "introducing" her to the fashion world. "And I fell in love with fashion, and I'm so inspired by so many people." 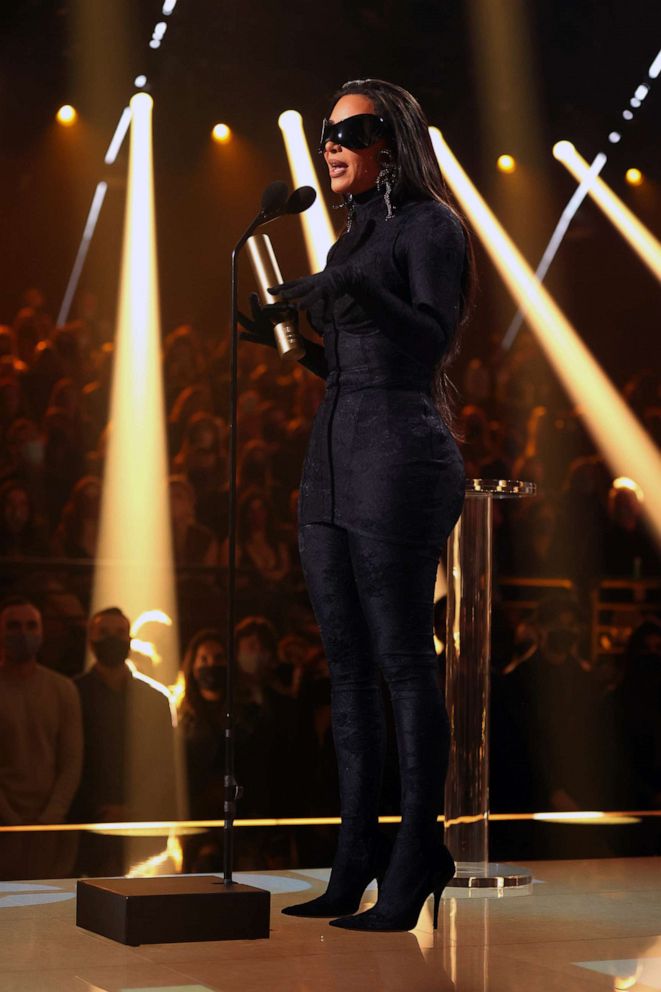 Seven years after getting married in 2014, Kardashian and West filed for divorce in February.

The former couple has four children, North, Saint, Chicago, and Psalm and "GMA" previously reported that they were seeking joint custody.

In addition to receiving The Fashion Icon Award, Kardashian and her family also received an award for Best Reality TV Show.

"I'm so humbled and honored and the people who voted. Also, special thank you to Demna and the Balenciaga team for a year of iconic looks …. I meant to include in my speech last night but we ran out of time."

Earlier this year, Kardashian attended the 2021 Met Gala, themed around "In America: A Lexicon of Fashion," wearing another head-turning all-black head-to-toe ensemble by Balenciaga.

"What’s more American than a T-shirt head to toe?!," she said in a post alongside a photo of her wearing the mysterious look.