As President Joe Biden was sworn into office on Wednesday, inauguration attendees bundeled up to stay warm in the mostly cloudy, 42-degree weather, but no one appeared more prepared than Sen. Bernie Sanders. 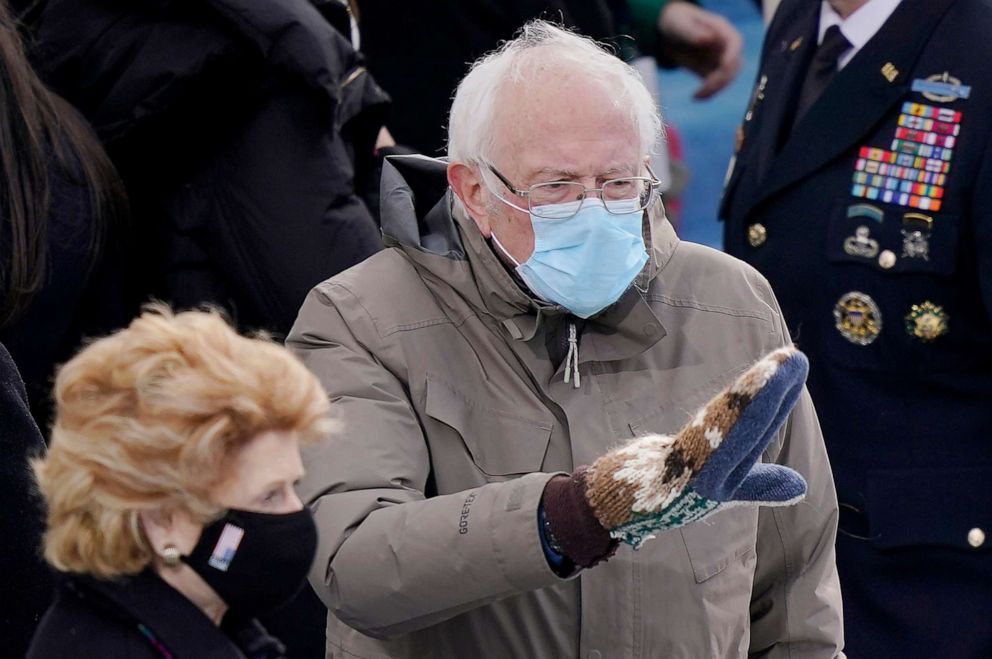 Drew Angerer/Getty Images
Sen. Bernie Sanders arrives at the inauguration of President-elect Joe Biden on the West Front of the U.S. Capitol, Jan. 20, 2021 in Washington, D.C.

Bernie dressed like the inauguration is on his to do list today but ain’t his whole day. pic.twitter.com/wCRyoxU3V2

Sanders' simple look was photoshopped into the front row of a fashion show, the New York City subway and even under the sorting hat at Hogwarts.

A post shared by Lola Tash and Nicole Argiris (@mytherapistsays)

The mittens that made such a splash were handmade by Jen Ellis, a second grade teacher from Vermont, who gave the fleece-lined winter accessories to Sanders in 2016.

"I take wool sweaters that would otherwise be thrown away, cut them up, piece them together -- and I line them with fleece," Ellis told "Good Morning America" of the recycled materials. 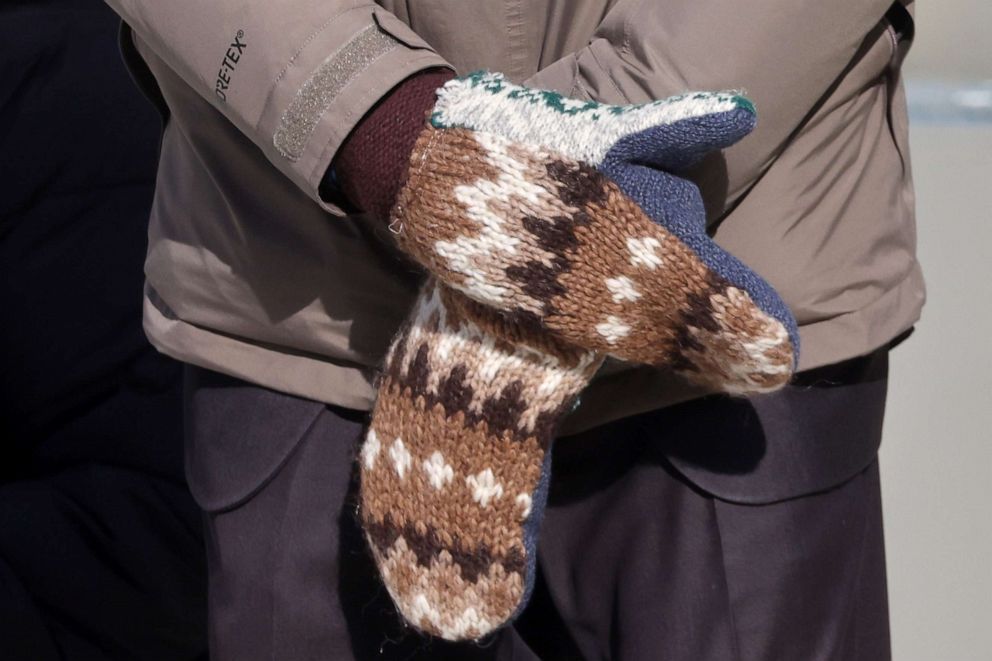 Jonathan Ernst/Pool via Reuters
Senator Bernie Sanders wears mittens as he attends the inauguration of Joe Biden as the 46th President of the United States on the West Front of the U.S. Capitol in Washington, D.C., Jan. 20, 2021.

Her eco-friendly wool mittens first made their debut with Sen. Sanders out on the campaign trail five years ago.

Ellis said "I was just so flattered" when "something that I made in my craft room with the sewing machine my mom gave to me when I was 12 made it to the national stage." 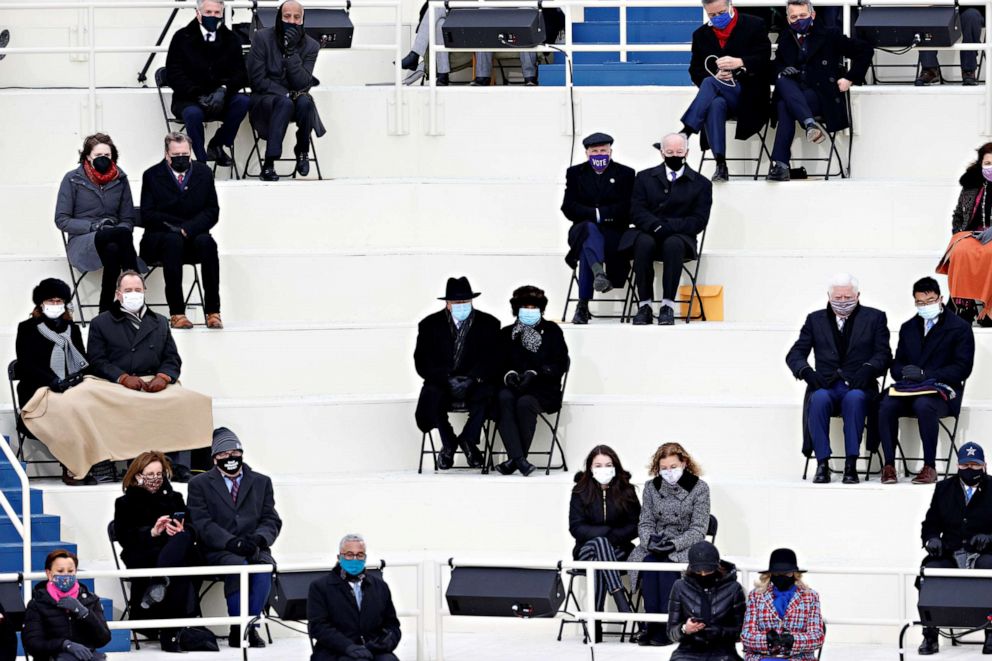 Brendan Mcdermid/Reuters
Guests socially distance during the inauguration of Joe Biden as the 46th President of the United States on the West Front of the U.S. Capitol in Washington, Jan. 20, 2021.

Since the viral meme exploded in popularity, Ellis has received 12,000 inquiries, and while she was honored to represent Vermont on Inauguration Day, she said more mittens are not for sale.

"There were my mittens -- which were a statement too -- a little shout out to Vermont, a shout out to ordinary people who get up every day and might have cold hands and put on a pair of mittens right, that's who we are," Ellis said.