Brad Ryan, 41, and his 92-year-old grandmother, Joy Ryan, are nearing the finish line on a goal they once thought was impossible: visiting all 63 U.S. national parks together.

The duo from Duncan Falls, Ohio, kicked off their adventure in October 2015, when Brad was looking for a way to spend a three-day weekend during veterinary school. He said the idea was sparked by a conversation he had with "Grandma Joy" about his past adventures on the Appalachian Trail.

"I felt bad that she was always living vicariously through my stories," Brad told "GMA." "And so just knowing that she had never seen deserts and mountains and the ocean and these incredible wild places on Earth, it just felt like a responsibility that I had to her to make sure that she had some memories to take away in her life story as well."

Brad invited his grandma on a weekend trip to the Great Smoky Mountains National Park, anticipating it would be their only excursion together.

MORE: How to plan a safe summer road trip

"You don't assume going into that that your 85-year-old grandmother going with you on a camping trip is going to be anything less than challenging," Brad said. "That was my fault. That was my misperception of what age means and more importantly, what her spirit would allow her to do."

"I've always tried to be positive in my life and it didn't hurt to try something once," Grandma Joy said. "I didn't want to have to regret the next day that you didn't do it." 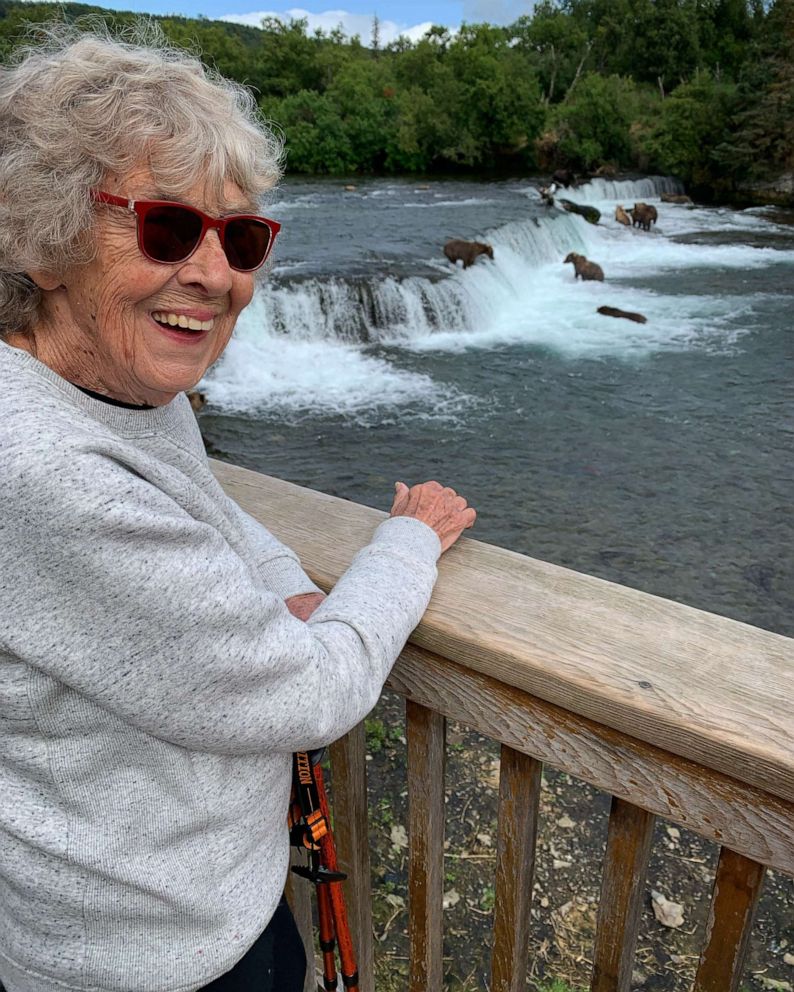 "We didn't expect that," Grandma Joy said. "He just put that on the social media so the people back home in Duncan Falls knew what we were doing."

National Parks Services Chief of Public Affairs and Chief Spokesperson Jenny Anzelmo-Sarles said in a statement that "Grandma Joy, and her grandson Brad, are an inspiration to us all."

"National parks are best enjoyed with the people we love, and it is clear to see that Joy and Brad share a special bond, which has been strengthened by their time traveling together," Anzelmo-Sarles said.

They had visited 29 parks until the COVID-19 pandemic forced them to slow down.

"All we could do was hope that things would change and that those opportunities would still be there and then be grateful for everything that we had been able to do and see up until that point," Brad said.

In July 2021, Grandma Joy and Brad embarked on one of their wildest adventures yet: visiting the eight National Parks of Alaska, where they went white water rafting down class three rapids, hiked near glaciers and fjords and crossed a wild animal encounter off Grandma Joy's bucket list.

"I always wanted to see the bears get the fish and I finally got to see it. And it was fun, it really was," Grandma Joy said. 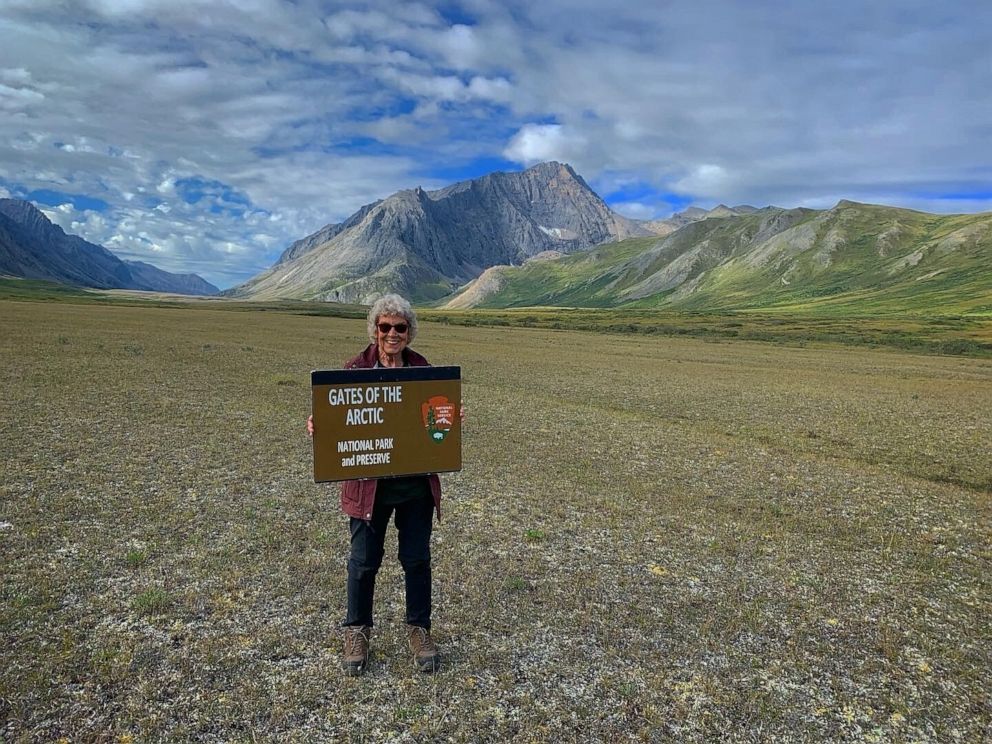 Brad Ryan, @GrandmaJoysRoadTrip
92-year-old Joy Ryan poses while hiking in Gates of the Arctic National Park and Preserve in Alaska.

After years of planning and traveling, Grandma Joy and Brad are almost able to hang up their hiking boots: the duo has just one national park left to explore, the National Park of American Samoa which is over 6,700 miles from their home town of Duncan Falls.

While they're looking forward to the day they visit their final park, Brad said completing their extraordinary feat will be "bittersweet."

"It's been a grand adventure, it really has," Grandma Joy said. "It's really been a beautiful, beautiful time. And I wouldn't trade it for anything."

As for advice from Brad and Grandma Joy, they encourage everyone to seek out opportunities for exploration.

"We realize that not everybody is going to be able to travel to every U.S. National Park," Brad said. "But there is some adventure to be found in every corner of of the country and we hope that people will go out and seek that adventure."