Disney unveiled a new rendering of the highly anticipated "The Princess and the Frog" attraction, Tiana's Bayou Adventure, coming in 2024 to Disneyland Resort in California and Walt Disney World Resort in Florida.

Tiana's Bayou Adventure is based on the 2009 animated film from Walt Disney Animation Studios. Anika Noni Rose, who voiced Princess Tiana, will reprise her role for the attraction, along with Jenifer Lewis (Mama Odie) and Michael-Leon Wooley (Louis) -- and a few new characters unique to just the ride, Disney announced on Friday. 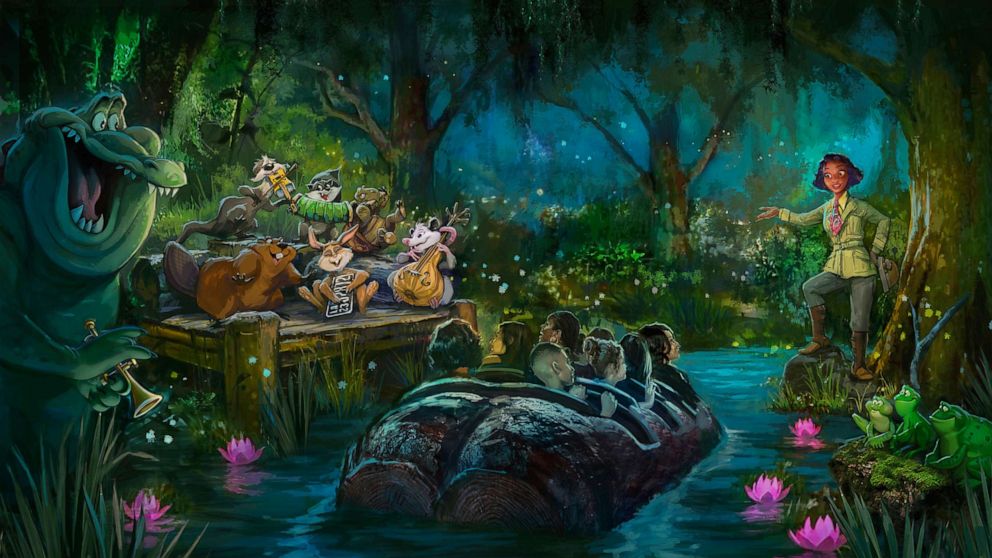 Disney
First look at a new scene and some of the brand-new characters from Disney's highly-anticipated new attraction Tiana's Bayou Adventure.

The new rendering of one of the ride's new distinctive scenes features zydeco-style tunes, a type of music native to Louisiana born from a special blend of rhythm and blues. Tiana and her friends old and new -- including jazz-loving alligator Louis, and a band full of critters that includes an otter, a rabbit, a racoon, a beaver, a turtle and others -- will explain the importance of zydeco, the blending of sounds and styles of so many cultures, and invite all guests to join in on the celebration.

The re-themed ride was unveiled in June at the 2022 ESSENCE Festival of Culture in New Orleans -- a fitting location since the Louisiana city is also Princess Tiana's hometown.

The ride will officially open in late 2024 at Disneyland Park in Disneyland Resort and Magic Kingdom Park at Walt Disney World Resort.

Last August, Disney released the first look at Tiana's Bayou Adventure with a moody and colorful rendering showing the princess carrying a lantern and helming a boat, highlighting the region's unique bayou landscape. 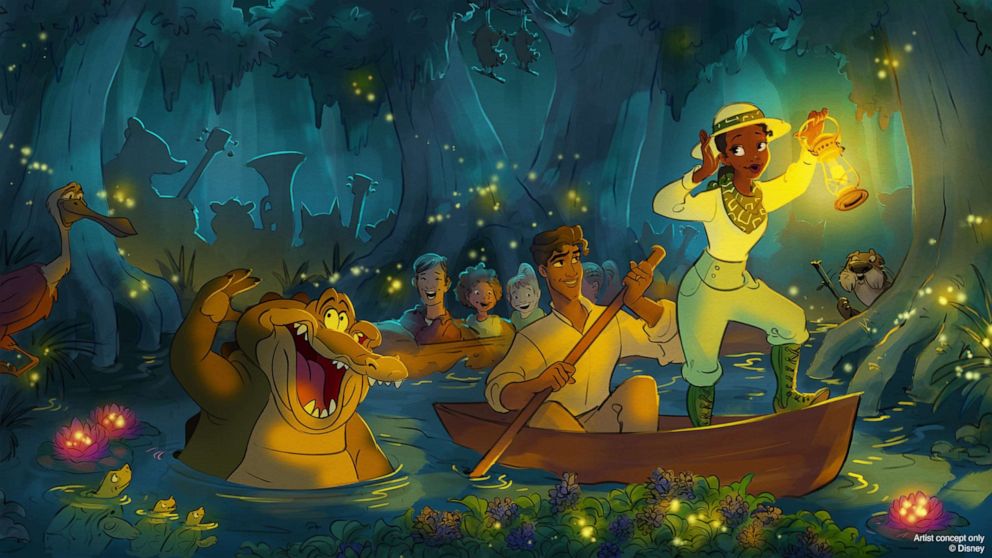 "The story will take place after the final kiss as Naveen and Louis join Tiana on her latest adventure, hosting a one-of-a-kind Mardi Gras celebration where everyone is welcome -- during which some original music inspired by songs from the film will bring guests into the story," a Disney Parks Blog post revealed at the time.

MORE: 1st look at Disney's new attraction based on 'The Princess and the Frog'

Disney's team of Imagineers has been traveling to New Orleans and Louisiana frequently to research and gather information to make the ride extra special and reflective of the famed city and region. 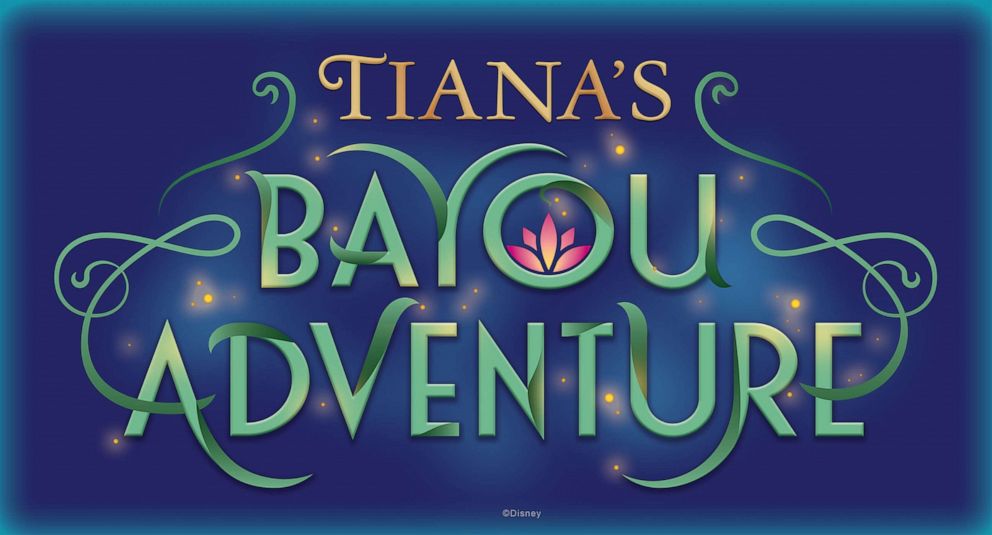 "In many ways, Tiana's Bayou Adventure is a love letter to New Orleans," Charita Carter, executive producer of relevancy activations for Walt Disney Imagineering, said in a statement. "Like the musical city that inspired this attraction, Tiana's second act is about a community working in harmony to achieve something extraordinary. She reminds us of an immutable truth we can all relate to: 'If you do your best each and every day, good things are sure to come your way.' And that's a melody we can all sing along to!"

MORE: Disney's Splash Mountain to be re-themed to the 'Princess and the Frog'

Previously, the attraction was named Splash Mountain and featured characters from "The Song of the South," a controversial film from 1946 that was criticized for racist and offensive depictions of Black people and misrepresenting the culture of the South in the 1800s.

In addition to the attraction's new name, Princess Tiana will get a new look for the ride. Her outfit is inspired by the styles and trends of the 1920s and will be historically accurate, according to Ida Muldrow, a costume designer for Disney Live Entertainment. 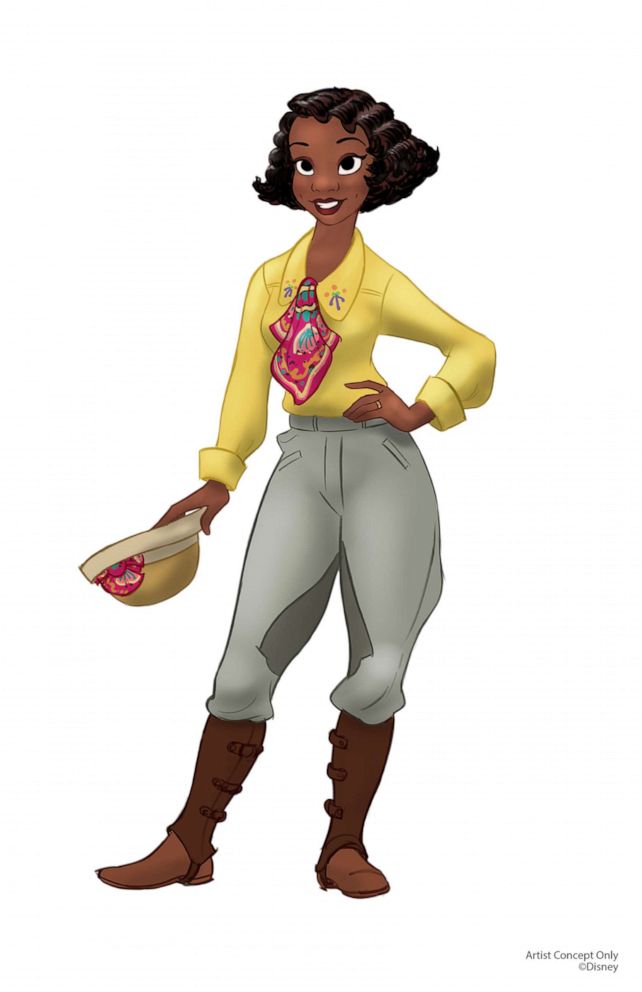 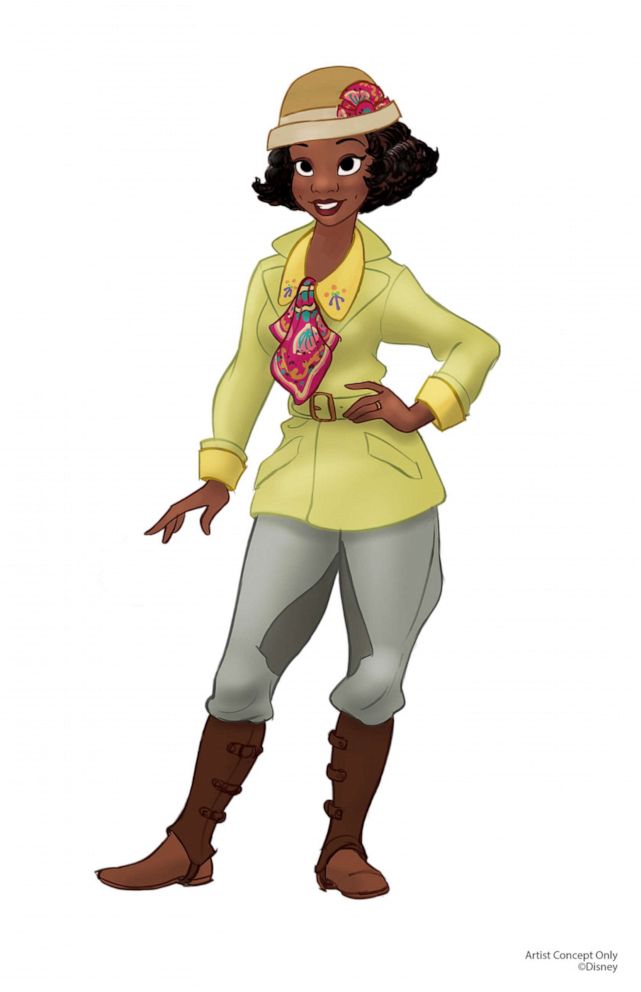 "Tiana was equally at home in the bayou as she was at a banquet," Muldrow said. "We wanted her look to reflect that, and be a compliment to the story's setting."

The Disney team also made sure to carefully consider Tiana's hair, creating a unique style that reflected the versatility of Black women's hair.