For Jonathan and Ashley Longnecker, suburbia was not quite the utopia they thought it would be.

Sure, they had a big house in a nice neighborhood in Knoxville, Tennessee, but it "felt like we were building our own kingdom," Jonathan Longnecker told "Good Morning America."

Work on the house never seemed to stop. Friends and neighbors always seemed caught up in the onslaught of kids' sports and activities.

"We never really did much of anything," Longnecker said.

The couple home-schooled their kids and they weren't all that interested in the typical suburban pastimes. Longnecker said he had never lived outside of Knoxville and had traveled very little. 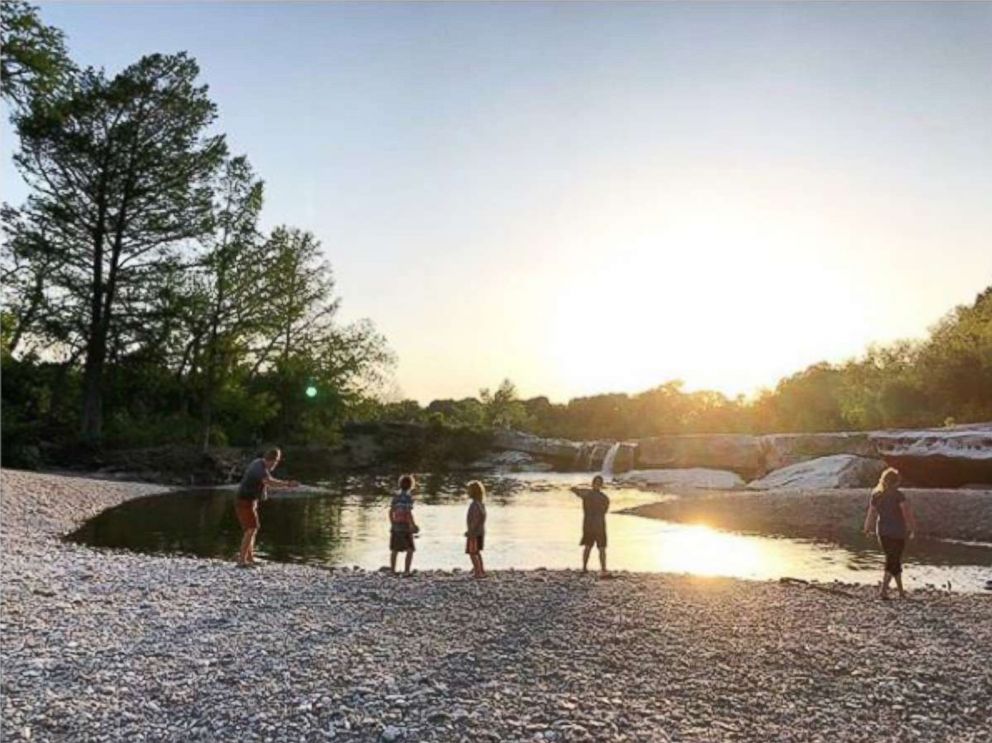 The Tiny Shiny Home
The Longnecker family exploring while on the road.

So, the couple decided to sell their house and get rid of most of what they owned. Today, three years later, they live in a remodeled Airstream and travel the country with their four kids.

"I had a friend doing the same thing a couple of years before," Longnecker said. "He was a good catalyst for us. I didn’t know this was an option until I saw what he was doing. I never thought of it before." 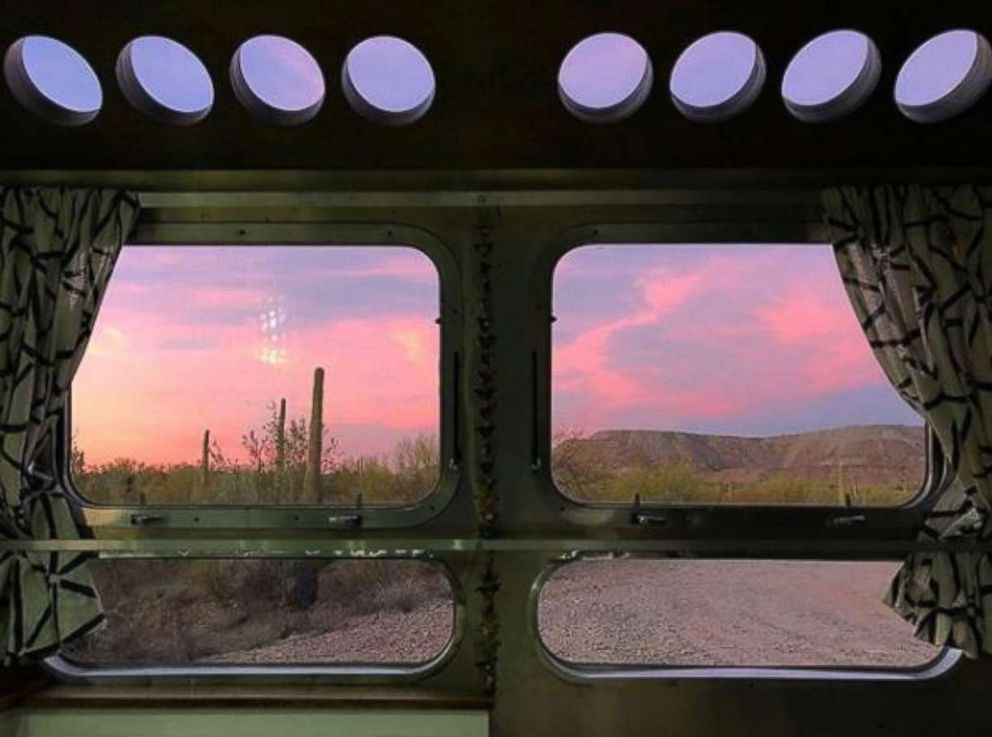 The Tiny Shiny Home
Sunset in the desert.

Still, the decision to downsize and leave suburban life behind was a difficult one.

"We researched and talked it to death," he said. "Finally, I just said,'Why not?' If the worst thing that happens is we end up buying another house in a year, well that's not so bad." 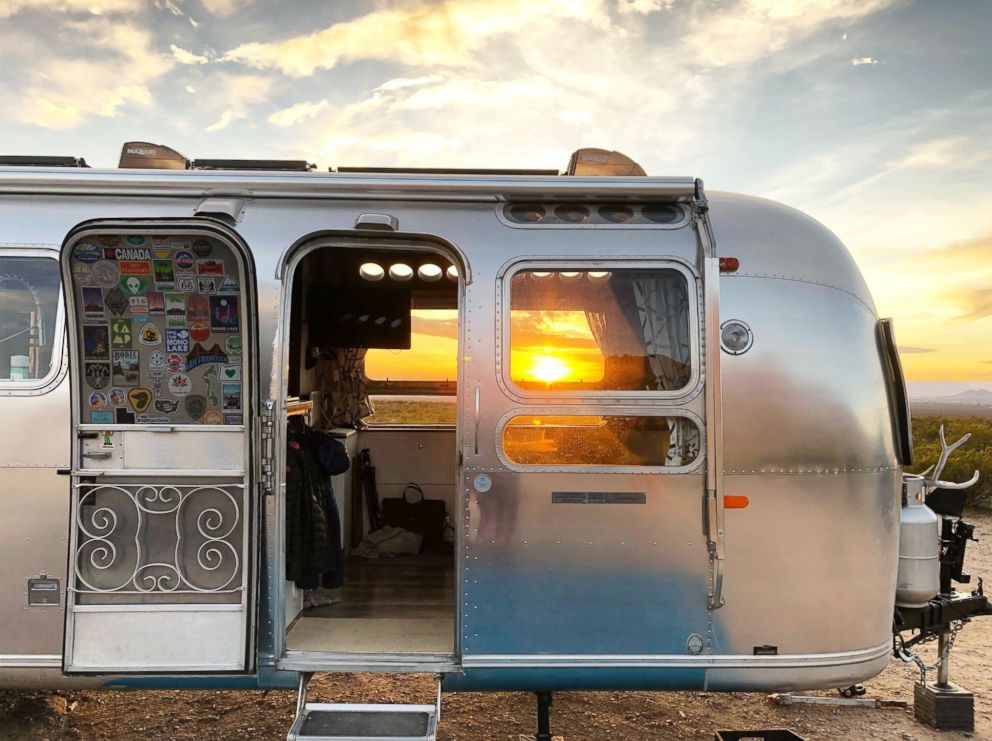 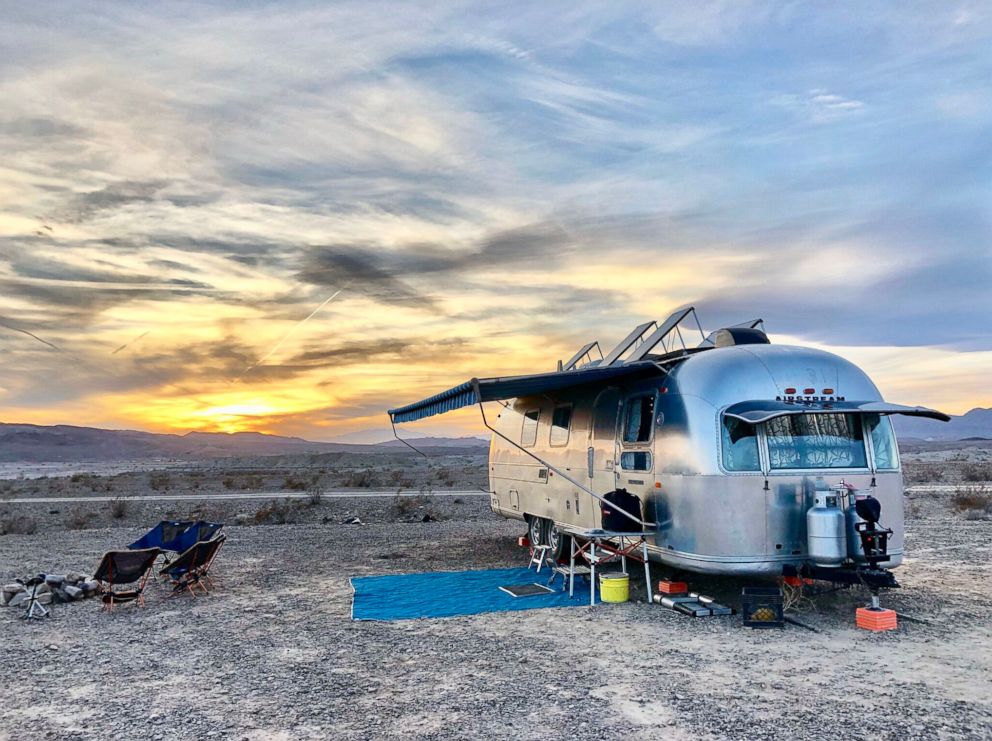 The Tiny Shiny Home
"Boondocking" in the Airstream.

That didn't happen. At first, the family had a fifth wheel that connected to a special hitch in the bed of the truck. But soon it became clear the family enjoyed "boondocking" -- that is, traveling to more off-the-beaten-path destinations -- and that wasn't always possible with the fifth wheel.

The purchase and renovation of a 1972 Airstream Sovereign was the next step. It allowed the family to boondock as much as they liked.

When Longnecker spoke to "GMA" by phone, the family was just outside Yellowstone National Park on a lake.

Some of their favorite places so far? The Dry Tortugas was "the kids' favorite," he said. The family loves Arizona in the winter. For far-out scenery, Longnecker said it would be hard to top the other-worldly landscape of Trona Pinnacles, California. 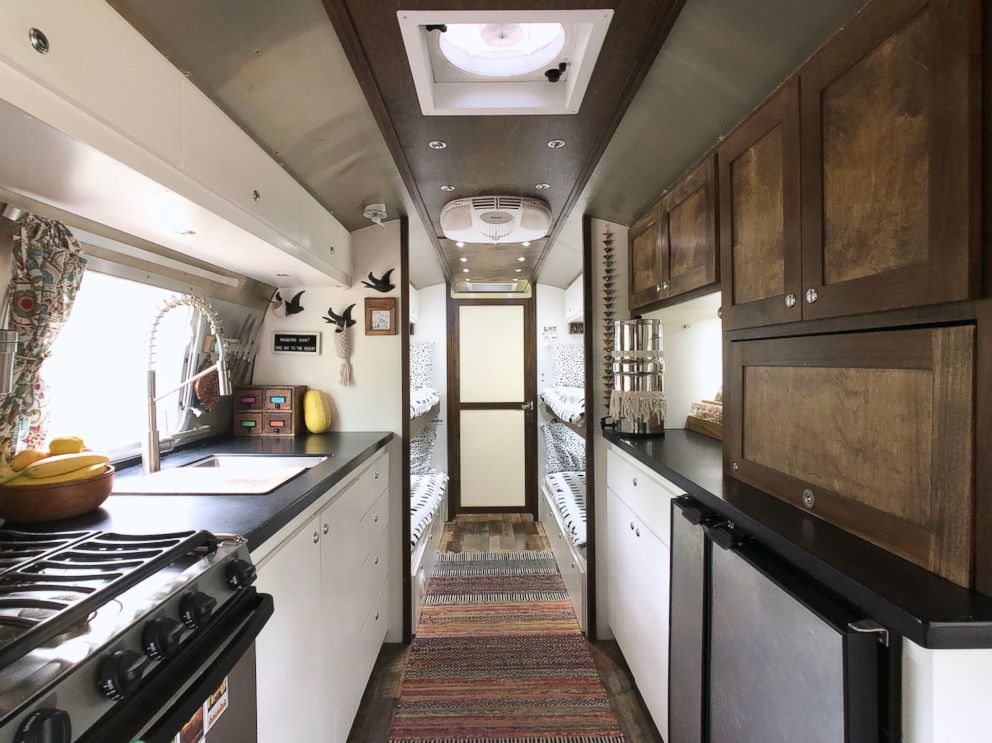 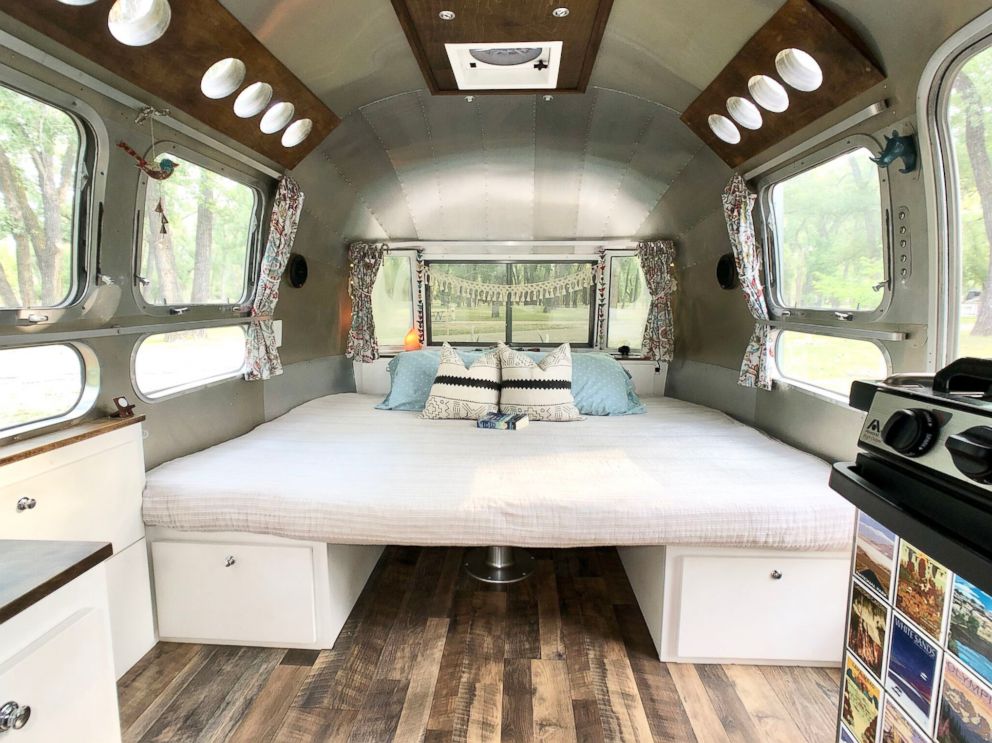 The Tiny Shiny Home
Bedroom on the Airstream.

The kids continue to be home-schooled and Longnecker works remotely. They stay in each area about 1-2 weeks and try to do their driving and moving around his work schedule, which means they spend many weekends driving.

Longnecker wasn't sure where they would head next, but said they were looking at the Grand Tetons.

The family's Instagram page @tinyshinyhome documents their travels in almost real time. They night before speaking to "GMA," they met up with a family who is also on the road and realized they were nearby through their Instagram page. 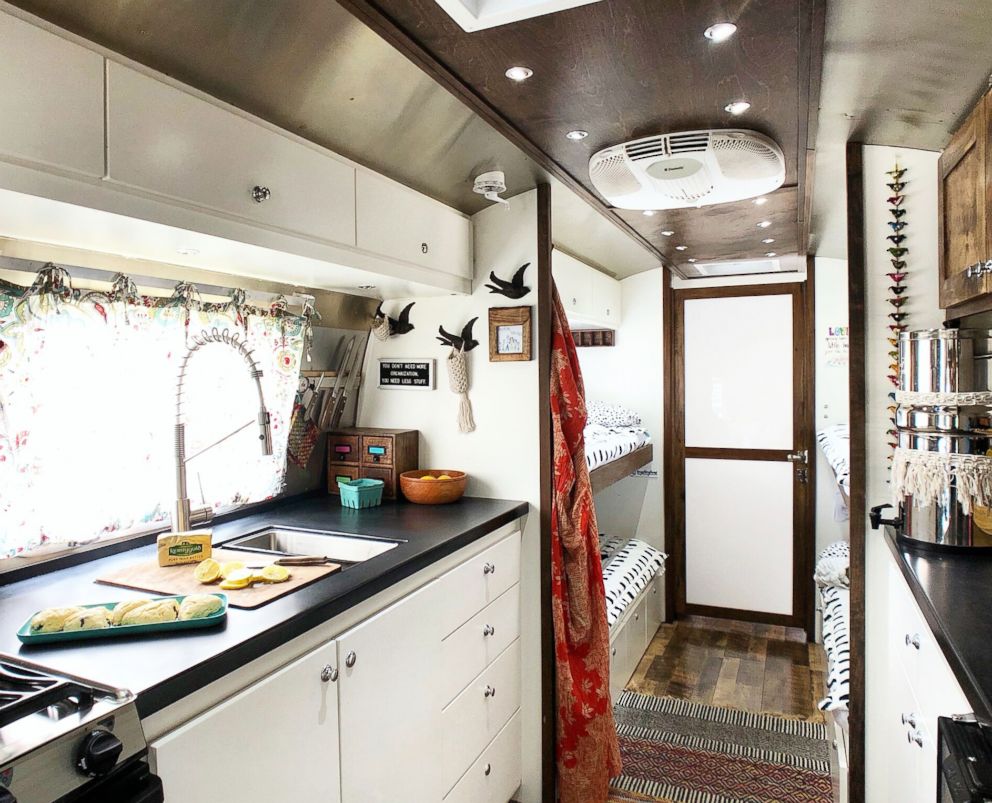 "They came over and spent a few hours and the kids played outside," he said.

The family offers advice on their web site, TinyShinyHome.com. There, they document the details of their Airstream renovation and share more photos of their favorite places.

Someday, Longnecker said, they'd like to buy a tiny farmhouse off the grid somewhere. But, for now, they're staying on the road.

"We get to look at locations all over the country before we decide," he said. "That's the thing. I don't know if we would have ever known that's where we wanted to end up if we had never taken this journey."