Hawaii may be celebrated for its pristine beaches and epic volcanoes, but it isn't known as a bargain travel destination.

The ocean-facing hotel rooms, umbrella drinks, and lomilomi massages usually come with a large bill. For travelers who want to visit Hawaii on a budget, it's important to remember that the destination's major activities -- soaking in the golden sun, swimming in the blue water and hiking through the emerald green countryside -- are either free or come at a low cost.

For everything else -- flights, accommodations and luxury perks -- you'll want to be careful with your choices.

(MORE:Take a sneak peek at the first-ever roller coaster at sea)

Below, we rounded up some tips for visiting Hawaii on the cheap. 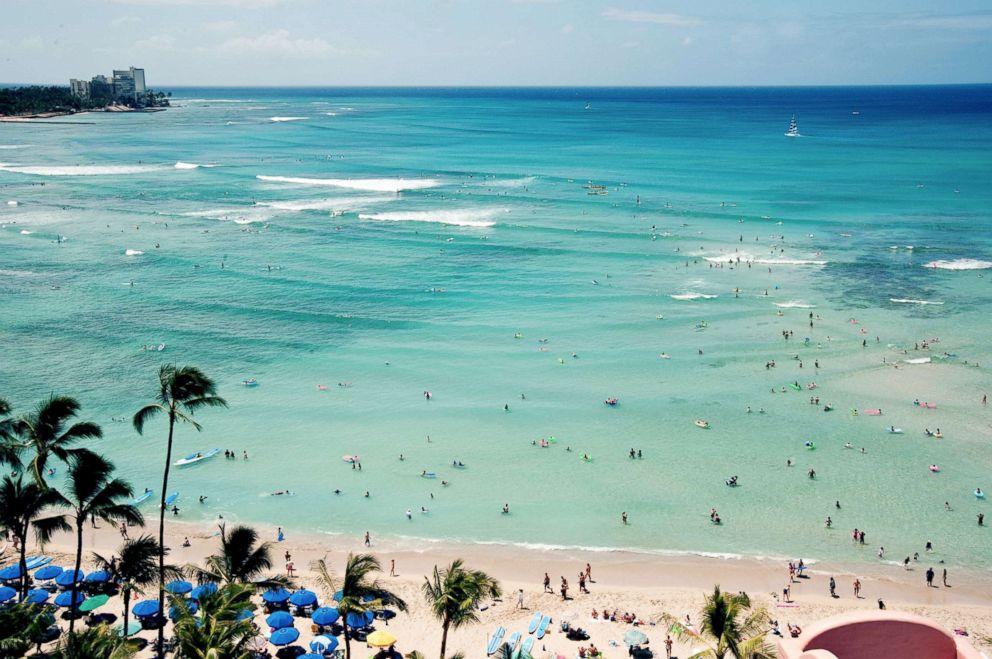 Finding the cheapest time to fly to Hawaii requires some strategy. The islands' high season coincides with the snowy months on the mainland and, in particular, the Christmas and New Year's holidays.

In late January, though, there's often a dip in airfare prices, and February brings sporadic deals. Summer, while not as popular as winter, can also be a busy time as families pack the beaches.

September, October and November offer bargain opportunities for low-season travelers. Be mindful that local celebrations, like the Aloha Festival on Oahu in mid-September, can also cause price bumps.

Tip: Try to avoid heading to Hawaii in the last week of April, also known as Golden Week. That time coincides with a Japanese holiday and tourists flock to Hawaii from the Land of the Rising Sun.

Finally, don't forget to consider alternative airports. When searching for flights, it may pay off to check some of the airports on smaller islands. For example, Kauai can be cheaper to fly into than Honolulu. 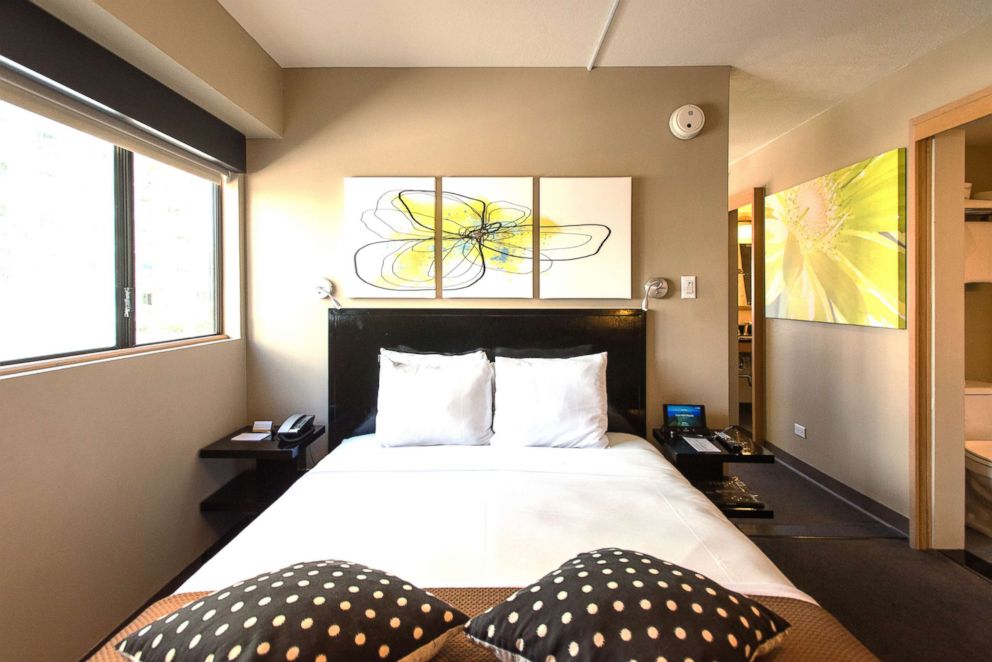 Paying $400 per night for a luxury hotel in Honolulu (and even more for an all-inclusive resort) is fairly standard. Still, there are reasonably priced 3-star options that can be found for under $150 a night, as long as you book in advance.

For example, the Vive Hotel Waikiki has modern, sleek rooms, some of which have ocean views. The rooms are on the smaller side and the hotel doesn't have a fitness center, but since you're only a five-minute walk from the beach, you can break a sweat down there.

The Ramada Plaza Waikiki is slightly more expensive and has a nice outdoor pool and a laundry room. The decor is a bit ho-hum and could use an update, but you're likely not in Hawaii to hang out in your hotel.

Some 2-star hotels can even be had for under $100 a night, and as long as you're willing to relax in minimalist accommodations, they can be absolutely fine. 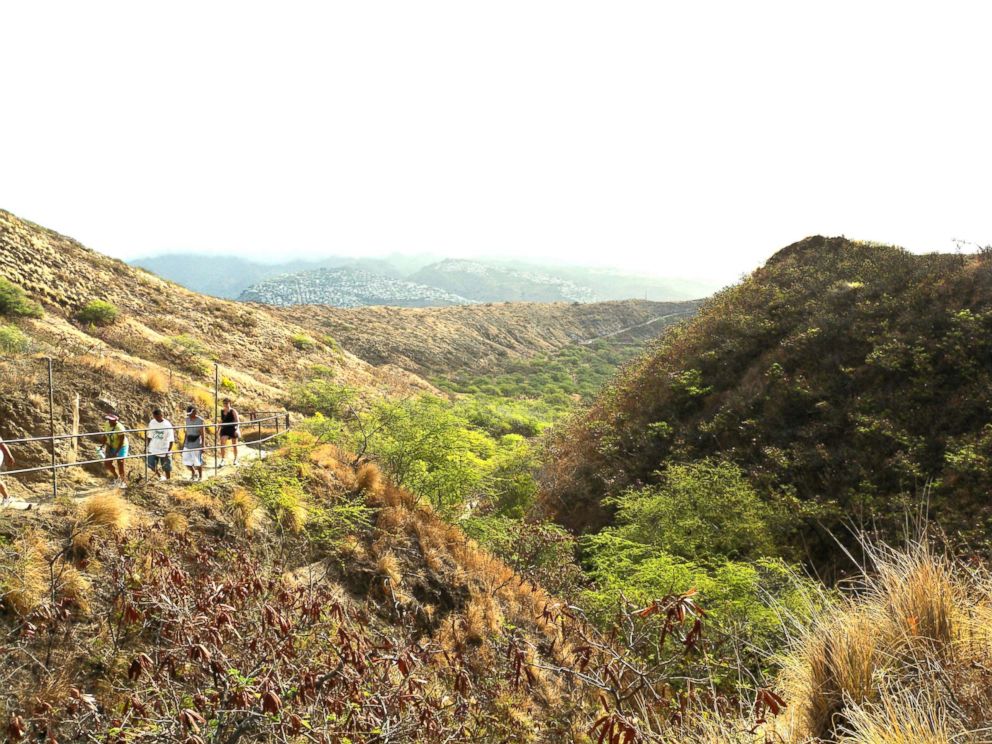 The most famous beaches in Hawaii are public and will only cost you if you have a vehicle. Vacationers who plan on spending most of their time on the sand may want to pick a hotel within walking distance of a beach.

Waikiki Beach is popular with families -- and just about everyone else, too. The North Shore of Oahu is known for surfing and whale watching, while Punalu'u Beach on the Big Island is famous for its black sand and green sea turtles.

Next to lying on the beach, hiking in Hawaii is one of the most awe-inspiring things you can do. It's also extremely economical.

Diamond Head, the iconic, volcanic state park, only costs $1 for pedestrians and $5 for a car. The cone-shaped lava formation takes almost two hours to hike and includes expansive skyline and oceanside views.

Honolulu's Manoa Falls Trail, located in the Ko'olau Range, is a patch of rainforest that costs only $5 per car. Hiking for about an hour will get you to the local highlight, the 150-foot Manoa Falls.

The nearby Lyon Arboretum has more than 5,000 species of plants, including palms, heliconias and bromeliads. Although admission is technically free for the public, a $5 donation is requested. 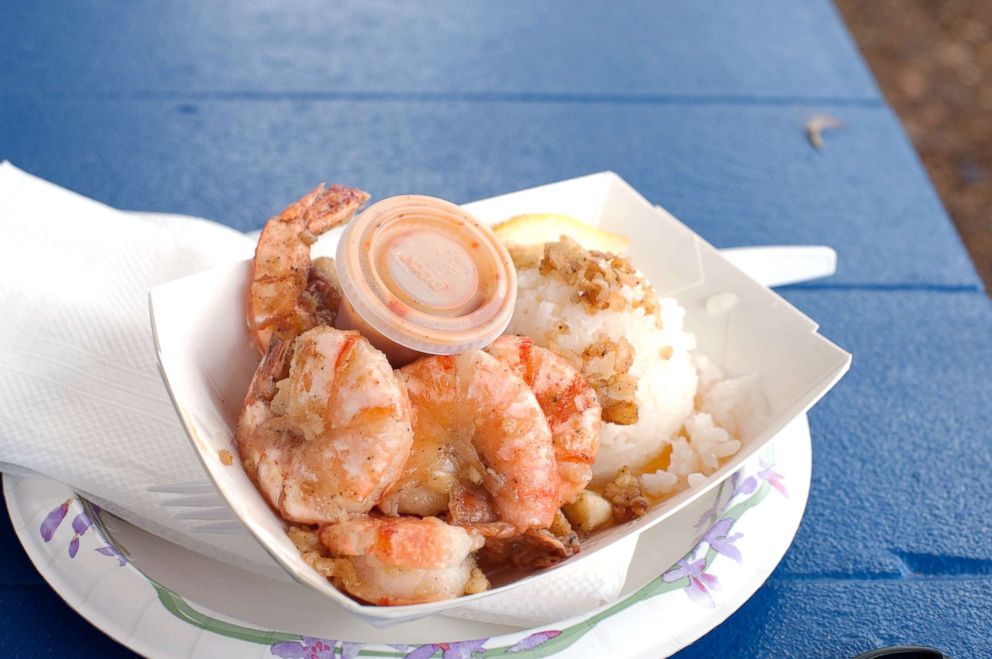 Honolulu is home to plenty of upscale dining options that usually come with a hefty price tag. Many ingredients are imported, so there's a natural markup on edibles.

However, a hungry belly can definitely be satiated by eating local food. Chowing down on a Hawaiian lunch is a must for visitors on any budget.

These overstuffed platters, usually between $10 and $20, often come with teriyaki beef, fried chicken or another meaty main dish, and large scoops of rice and macaroni salad. Some of the best purveyors for this around Honolulu include Aloha Mixed Plate, Rainbow Drive-In and Zippy's.

And on the North Shore of Oahu, you'll find a colony of shrimp trucks that serve an aquatic take on the Hawaiian lunch.

Poke bowls, popular around the world today, got their start at local Hawaiian barbecues. These dishes, which come packed with raw fish and sushi rice, can be found at Aloha Cones, among other spots.

Another place to score tasty grub: Hawaii's numerous farmers' markets, which offer a lot more than vegetables and fruit. Plenty of renowned cooks sell meals here, giving visitors the option to grab a great lunch in addition to stocking up on produce.

If your hotel has a kitchenette, you can likely save more money by making a few meals yourself. At Oahu's Kapiolani Community College Farmer's Market, you can fuel up on Vietnamese noodles and sandwiches from The Pig and & Lady.

5. Avoid renting a car and use public transportation. 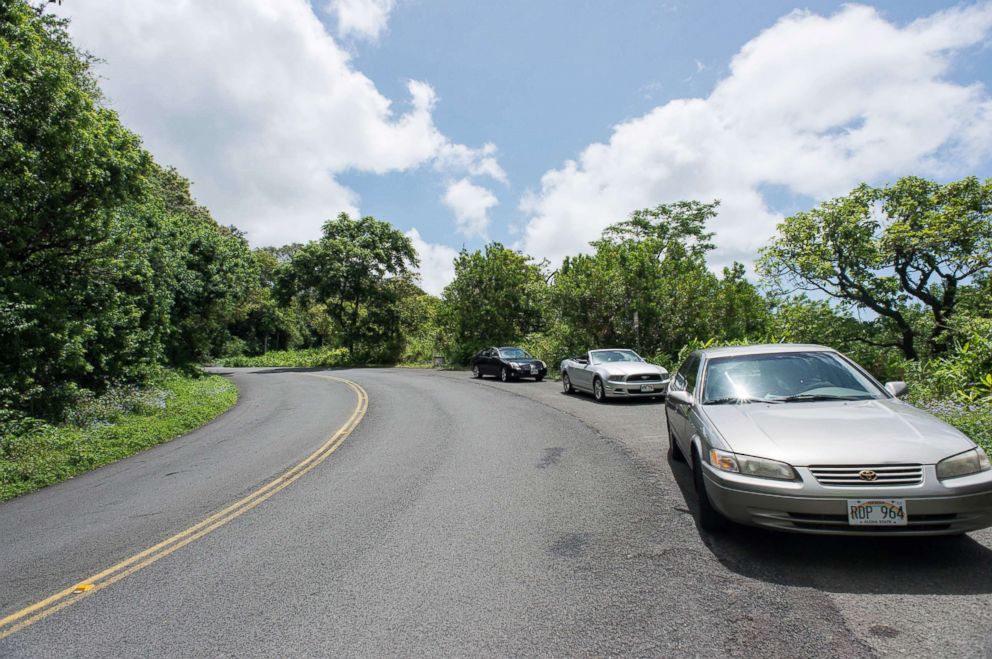 While it's possible to find an economy car rental for $20 a day, it might be wise to skip it entirely. Not only will you have to pay for gas, but you'll also have to shell out for parking at a hotel as well as any valet service.

If you're staying in Waikiki, you can walk to many beaches or take public transportation. The Honolulu bus system is efficient and passes most of the notable spots.

Route 70 stops at Kailua and Lanikai beaches, and Route 22 heads out to Diamond Head and Hanauma Bay. Yes, you'll need to be patient as some buses pass every 10 minutes, and others only show up once every half hour.

That said, you can read on a bus instead of stewing in Honolulu traffic, which can get notoriously bad during the high season. Tour buses or Uber can take you to the northern part of the island.

One of the challenges of using a ride-sharing service is the ability for drivers to find your location since GPS can be spotty on the islands. Be prepared to give good directions.

On the other hand, if you're planning to drive the road to Hana on Maui, you'll need a car to follow the long, winding road, which takes the better part of a day to cover. Do your best to find a good deal and make the most of the experience by stopping several times along the way. 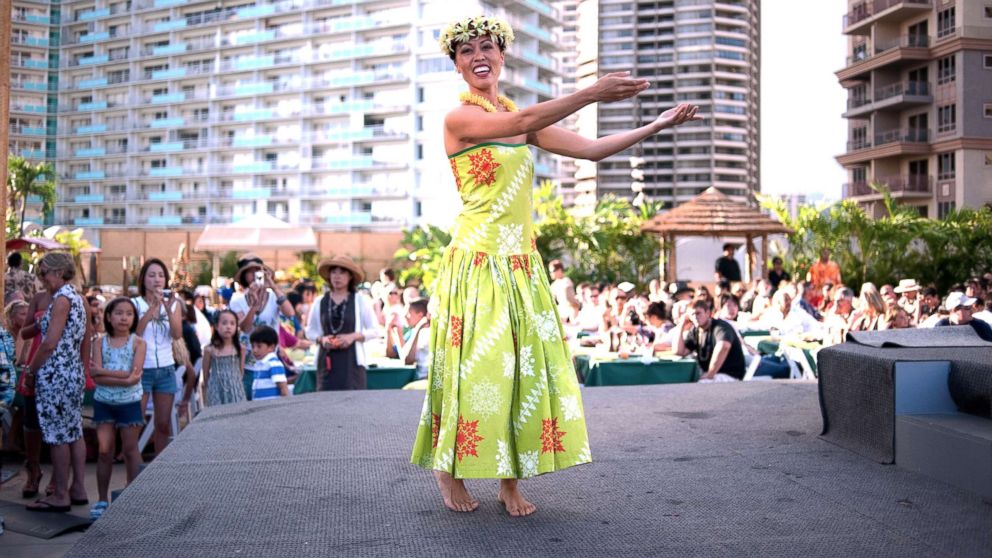 You may think luau dinners cost a pretty penny, but plenty can be found for only a few dollars. Several days of the week, Kuhio Beach hosts free hula and torch lighting shows in the early evening.

The Royal Hawaiian Center also offers an impressive number of free classes on lei-making, hula dancing, and ukulele playing. If you want to learn more about how America was drawn into World War II, head to the USS Arizona Memorial, which recounts the story of Pearl Harbor's bombing.

Fireworks, while not exactly traditional, are always fun. Every Friday, Hilton Hawaiian Village organizes a free fireworks display. For $30, you can even get a poolside seat and a mai tai. 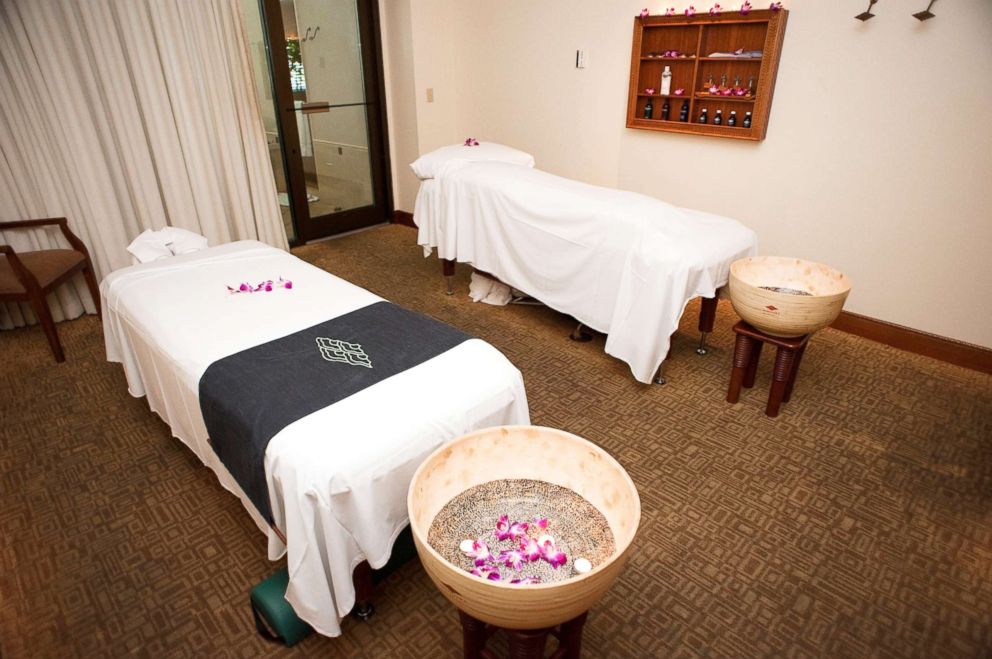 Trying to get a luxurious massage on the cheap can be tricky. If you're expecting a private mud bath followed by a steamy shower and plush robe, you will probably need to part with lots of cash.

But there are reasonably priced options that offer a bit of luxury on a budget. Honolulu Magazine recommends trying one of the local Korean spas for a hot tub experience and massage.

The hot tubs are communal, which is part of the trade-off for low prices. Aloha Sauna & Spa has a package for around $130 that includes a body scrub, fresh cucumber facial and lavender essential oil massage.

Herbal Spa and Salon charges only $40 for access to the hot tub and sauna. If those prices are still too high, you may want to take the free lomilomi massage at the Royal Hawaiian Center and volunteer to be a test subject as often as possible.

(Editor's note: Oyster.com is an independent hotel review site that does not have any financial arrangement with the individual hotels reviewed.)