The Thanksgiving and Christmas holidays are shaping up to be the most expensive for travelers in recent years, and experts say the clock is ticking to find last minute deals on flights.

Domestic airfare for Thanksgiving is averaging $281 roundtrip – up 25% from last year, according to Hopper. Christmas will be even more expensive, with prices averaging $435 roundtrip, 55% more than what tickets cost during the 2021 holiday.

The jump in prices is fallout from the pandemic, as airlines continue to scale up their schedules.

"Airlines have not built back their networks to the size they were in 2019. So, over the holidays right now we're going to see about 5,000 less flights scheduled per day headed into Thanksgiving and Christmas," Haley Berg, economist at Hopper, said in an interview with ABC News. "Both of these factors are going to mean there are fewer flights available to book and higher prices for each of those flights."

The best times to book flights for the holidays is typically four months before travel – but consumers can still lock in a good prices over the coming weeks, according to Scott Keyes, founder of Scott's Cheap Flights.

MORE: Recent flight disruptions are 'unacceptable,' Buttigieg says as he calls on airlines to improve service 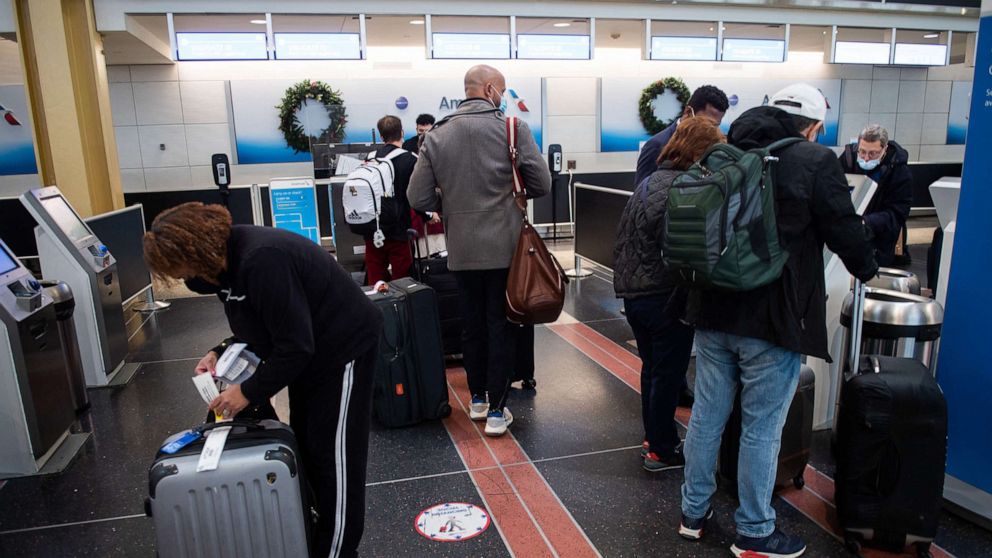 Roberto Schmidt/AFP via Getty Images
Travelers go through the check-in process before flying out of Ronald Reagan International Airport in Washington, D.C., Dec. 27, 2021.

"If you're hoping to travel this upcoming winter holidays, you're going to want to try to get those flights here booked here in the next couple weeks," Keyes told ABC News. "In the second half of October and November, flights are likely to get significantly more expensive than they are today."

Using tools such as Google Flights to track prices can be helpful, Keyes said. Also taking advantage of the lack of change fees among airlines can help save money if you've already bought your tickets.

"If the price goes down, that lets you again cancel your original ticket, get your full travel credit for whatever you'd paid, and then turn around and rebook the same flight using that travel credit and have some left over that for future for a future trip," Keyes said.

The holidays can also be a good time to use points and miles accrued over the year, but Keyes says it's important to make sure you're using them wisely.