By Katie Kindelan
Video by Zoe Moore
Share —
Sign up for our newsletters to get GMA delivered to your inbox every morning!

At 103, Julia Hawkins might have fallen short of the record-setting 100-meter dash she completed two years ago, but she is still living up to her nickname the "Hurricane."

At the 2019 Senior Games in Albuquerque, New Mexico, Hawkins won gold medals in both the 50-meter dash and the 100-meter dash in the women’s 100-plus division.

At the 2017 games, Hawkins, of Louisiana, set a world record with her 100-meter dash. She finished slightly slower at the race on Tuesday. 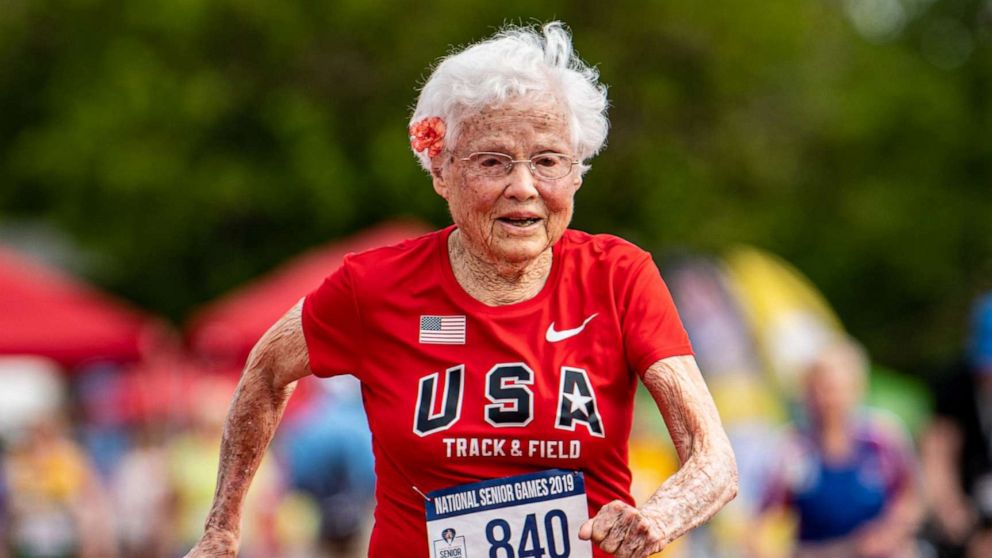 “I’m thrilled I did as well as I did but I didn’t do as well as I have done,” Hawkins told “Good Morning America.” “I don’t know if it’s because I’m older, or maybe it was the atmosphere.”

She turned to running at age 100 when biking on mountainous courses became too challenging.

She is the oldest woman to compete on an American track, according to the National Senior Games Association, the non-profit organization that runs the Senior Games. 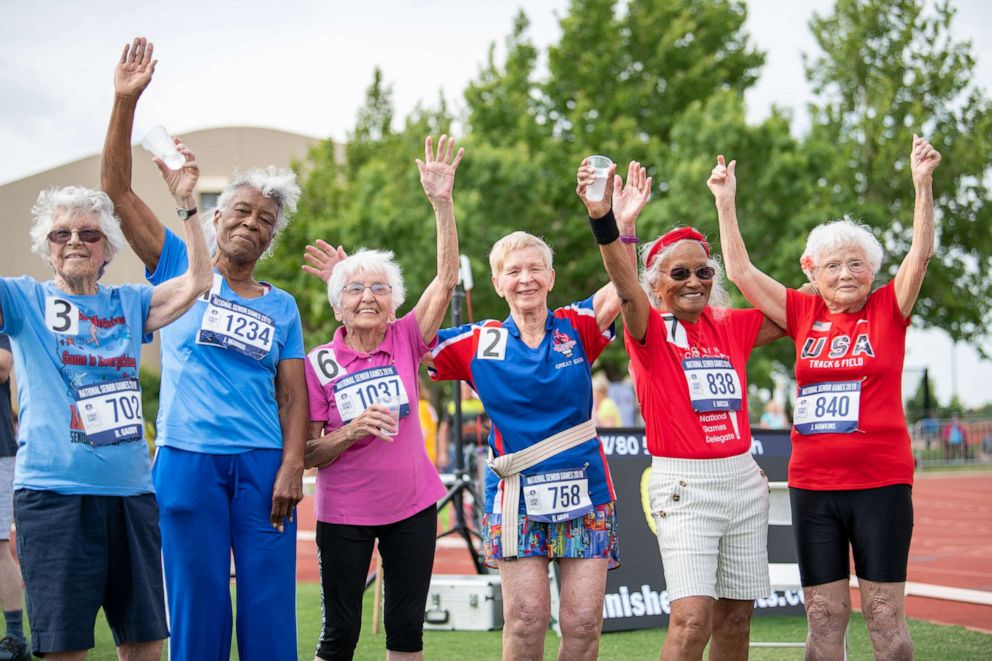 “I just keep busy. I keep moving,” Hawkins said of her longevity. “I don’t do any exercises particularly. I used to, but I don’t think I need to anymore.”

“I’ve always been careful how I eat, eat healthy and keep my weight at a certain point,” she added.

(MORE: Woman born with 1 arm does intense workouts that are pure inspiration)

Hawkins gets most of her activity working in her garden at her home in Louisiana. Inside her home are all the gold medals she’s accumulated over the years.

“[I keep them] here and there. I’ve got a good many,” she said of her medals. “My husband made a box for me to keep them.” 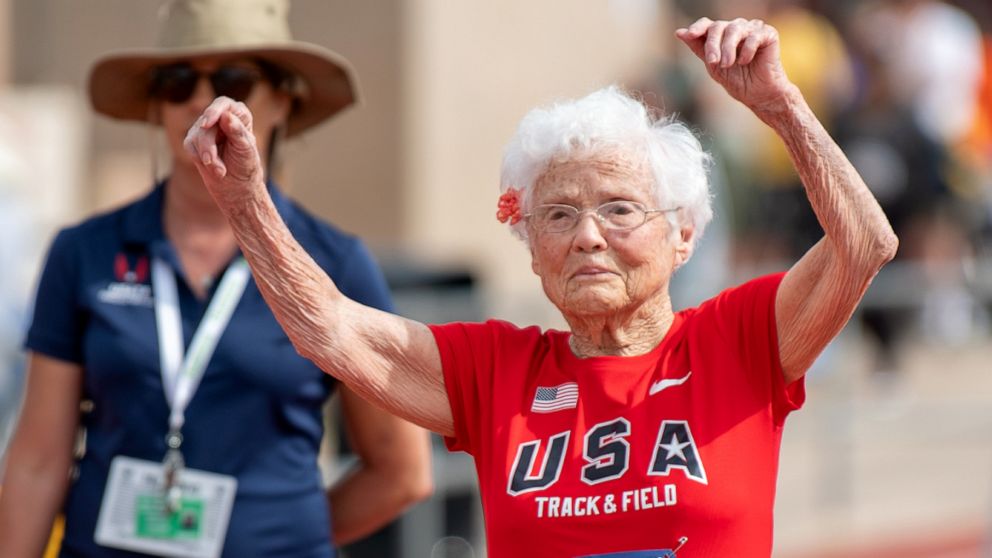 Brit Huckabay/NSGA
Julia Hawkins celebrates her win at the 50-meter race at the 2019 National Senior Games in Albuquerque, New Mexico.

When it comes to planning ahead for her next race, Hawkins said, “You never know.”