As a New Yorker who enjoys a good workout, I’ve been to just about every group fitness studio you can think of, and I consider myself in shape. So when I heard about a boot camp workout class called ConBody, founded and run by an ex-con, it sounded like it would be no joke.

ConBody's founder, Coss Marte, has an intriguing and inspiring story that made me want to check out the class. Coss said he grew up in New York City, and by age 19 was making $2 million a year running a drug operation. At 23, he said he was charged in a major drug case in New York, and sentenced to seven years in prison. 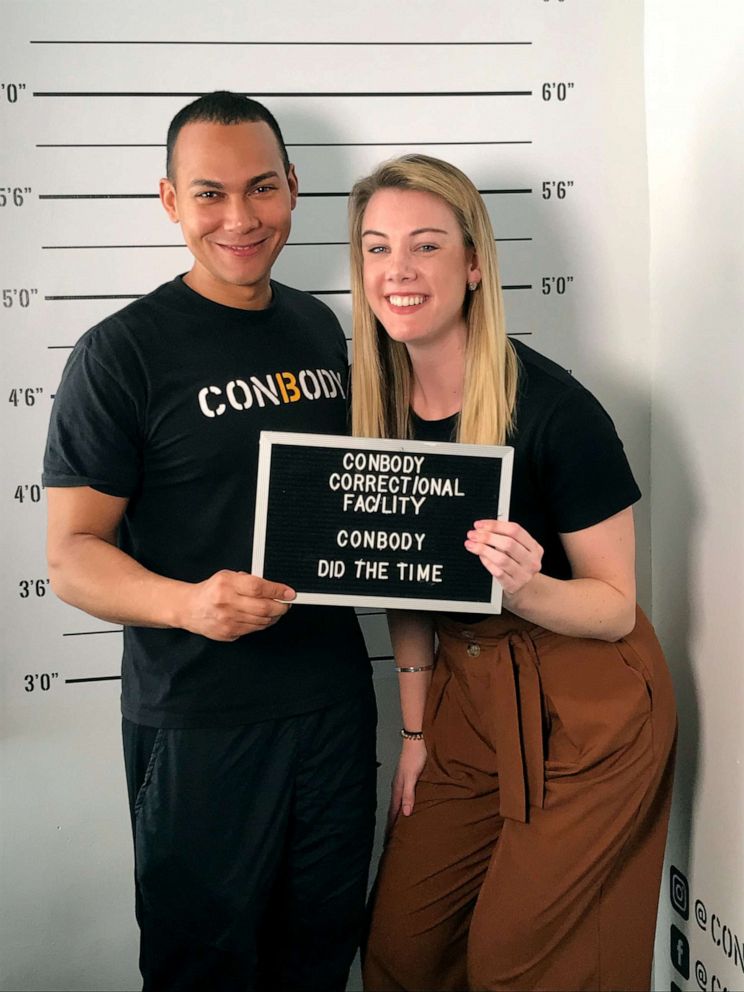 When Coss entered prison, he said he was so overweight that a doctor told him that he may only have five years left to live due to his cholesterol. Coss began to work out in his 9-by-6-foot cell. He designed a program, using military boot camp techniques, that allowed him to work out with no additional equipment.

Why haven’t you been behind this gate yet?! #dothetime

After prison, Coss struggled to get hired because of his record, so he decided to take matters into his own hands. He brought the exercise program he used in prison to personal training sessions, then eventually to a studio in New York City, and ConBody was born.

Coss said he wanted to make a living with his new gym, but he also wanted to give people like him a second chance. He decided he would only hire people who had been incarcerated to teach his fitness classes. Coss said every trainer at ConBody has served time in prison, and each has a story of how fitness gave them a second chance at life.

"I felt the pain of myself coming out [of prison] and having doors slammed in my face," Coss said. "This is a community that understands and gives you work along with help with technology, housing and parole issues."

Happy Thanksgiving from the #CONBODYFAMILY 🦃😜 but be ready to burn that turkey off tomorrow! #dothetime 📸: @energyshots

I was curious about how the workout would be challenging at ConBody with no equipment. No weights? No cardio machines? How hard could it really be, right?

I can’t even tell you how wrong I was. 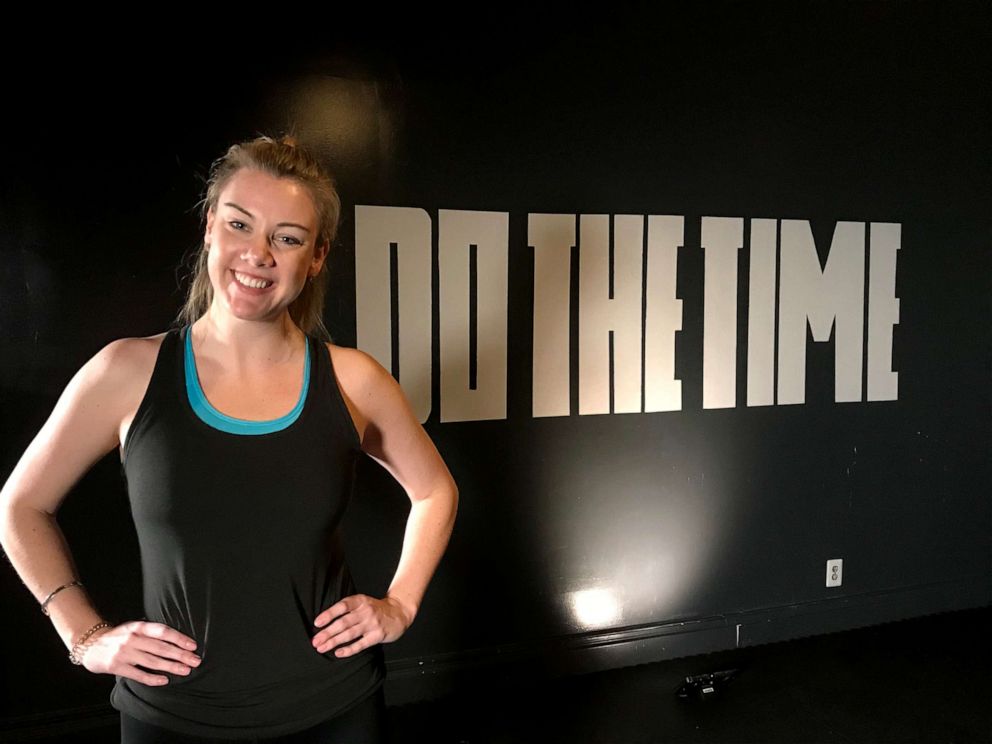 ABC News
ConBody's motto "Do The Time" is written in bold letters inside their fitness studio.

"You're probably gonna feel like you're gonna die afterward," Coss warned me before the workout.

This workout was absolutely brutal. It was 45 minutes of nonstop cardio, strength and calisthenic movements. We did upwards of 70 chest-to-ground burpees, jump squats, crab walks and every other body weight exercise you can imagine. It was so hard that at one point my colleague who was filming me stepped out from behind the camera to sincerely ask, “Shannon, are you OK?”

The trainers did not let me slack off. In some fitness classes, it can be easy to get lost in the crowd and give yourself some nice long breaks. Not here. The ConBody fitness class is in such an intimate setting that the trainers saw every slip. When I started doing pushups on my knees, I only got through two before I heard, “Shannon, we don’t use our knees in prison!”

While the workout was intense, I found the training to be not only motivating but really helpful. The staff wants you to have a great workout, but they also don't want you to get hurt. The trainers were constantly pacing the room to check and correct peoples’ form.

At the end of the class, which was complimentary for me to attend, I was so sweaty that it truly looked like I had jumped in a pool.

Sweating on a social justice mission

One of Coss’ goals opening this gym was to improve the relationship between formerly incarcerated people and young professionals. The trainers are friendly, funny and passionate about what they do. A class there is a small reminder that no matter what our backgrounds, we are all human.

"We grew up seeing ex-cons as killers and predators," Coss said. "What I wanted to do was change that perception. We're just all human beings that made mistakes as kids."

We’re not that mean! 😏 #dothetime

As far as a workout goes, it was one of the hardest I’d ever done. I also never felt more accomplished when it was over. One of the people in my class told me he began doing ConBody four times a week, and in 3 months had lost 40 pounds. The atmosphere allows you to push yourself in ways you didn’t think possible.

If you’re not in the New York, ConBody has an app, which allows you to complete no-equipment workouts for $5 a month with their trainers from home. 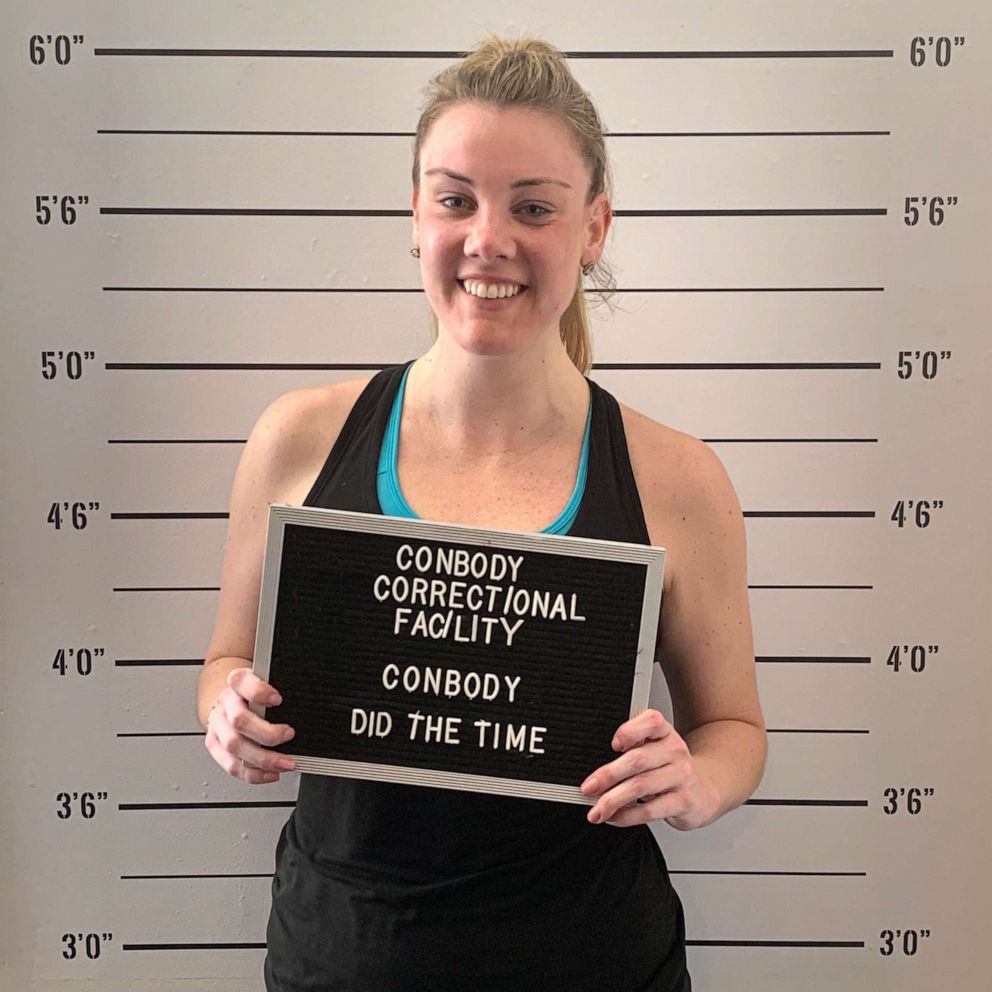 ABC News
GMA digital producer Shannon McLellan poses in front of the "Did the time" wall after (barely) completing the ConBody workout.

Sweat and an amazing social mission, what could be better than that?