A boy who weighed just 15 ounces at birth has been named by Guinness World Records as the world’s most premature infant to survive.

Curtis Means, of Alabama, was born on July 5, 2020, when his mom, Michelle Butler, went into labor just 21 weeks into her pregnancy and gave birth to twins.

Curtis's sister, C’Asya, died one day after birth, but Curtis survived while being cared for in the Regional Neonatal Intensive Care Unit (RNICU) at University of Alabama at Birmingham's Women and Infants Center.

Bulter said she remembers praying that one of her twin newborns would survive the premature delivery.

"My prayers have been answered," Butler told "Good Morning America." "I gave God my little girl and he let me continue to be the mother to Curtis."

Curtis, who was born 132 days premature, was so delicate at birth that Butler said she had to wait four weeks after giving birth to hold her son. At the time, he could fit in palm of her hand. 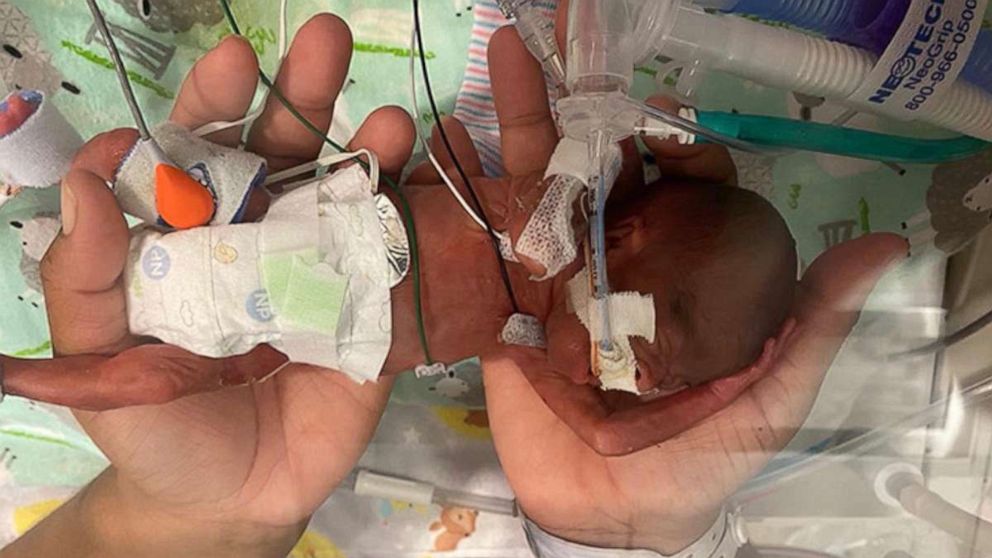 Curtis would go on to spend the next nine months in the RNICU, where doctors and nurses cared for him around the clock.

"He showed a lot of response to the things we were doing," said Dr. Brian Sims, professor of pediatrics in the UAB Division of Neonatology, and the attending physician on-call when Butler arrived. "It definitely was a surprise that a baby at his age was as much of a fighter, or as strong as he was."

Sims said he and his colleagues had to watch Curtis's responses to treatments closely because there is no medical precedent for a baby born so premature.

"The truth is no baby has survived at this particular age," he said. "There was no data." 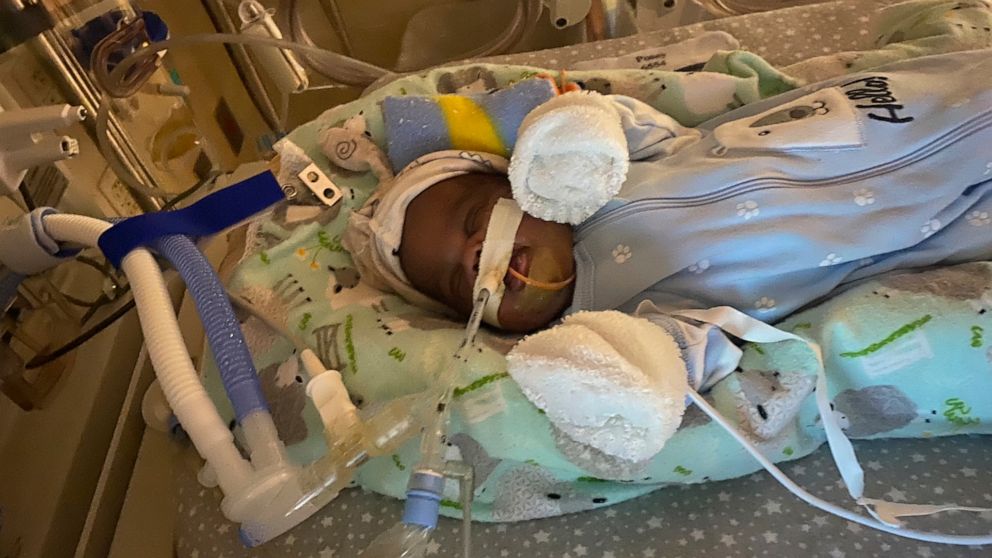 Butler, also the mother of two older children, ages 14 and 7, drove from her home to the RNICU three or four times a week, a three-hour commute round trip, to see her son. On days she could not visit in person, Butler said the nurses would coordinate video calls so she could see Curtis.

"It was ups and downs, good and bad days," she said. "For a couple of weeks he’d do really well and then he’d get sick and go about five steps backwards." 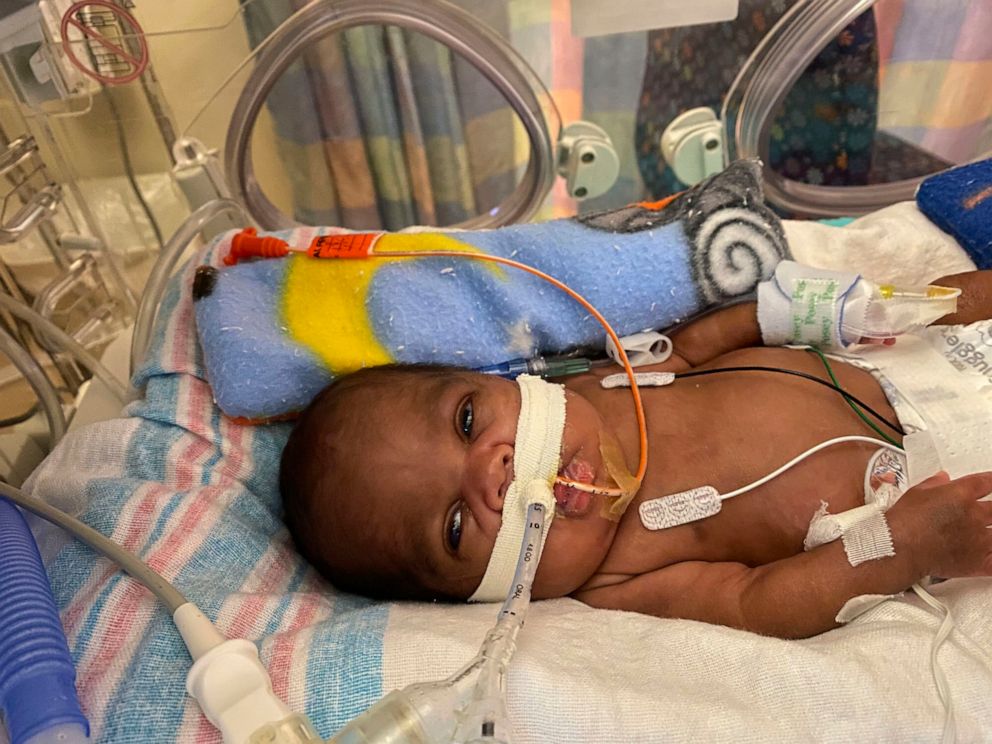 Michelle Butler/UAB University Relations via AP
Curtis Means at UAB Hospital Birmingham, Ala. has been certified by Guinness World Records as the world's most premature baby to survive.

Though he had a less than 1% chance of survival at birth, according to doctors, Curtis graduated from the RNICU after 275 days.

Butler took him home on April 6, 2021, where he met his siblings for the first time. They had not been able to visit Curtis in the RNICU due to COVID-19 restrictions.

"I surprised my kids," said Butler. "They didn’t know we were coming home and they were so excited."

Six months after that surprise, Butler and Curtis returned to the University of Alabama at Birmingham's Women and Infants Center, where they were surprised by doctors and nurses who presented them with the Guinness World Records certificate naming Curtis as the world's most premature infant to survive.

"People talk about awards and things but to see a patient who had virtually no chance of survival on paper be looking at you and smiling is one of the greatest rewards and awards that a doctor can have," said Sims. "Curtis did most of the work, but it was an honor to be able to assist him." 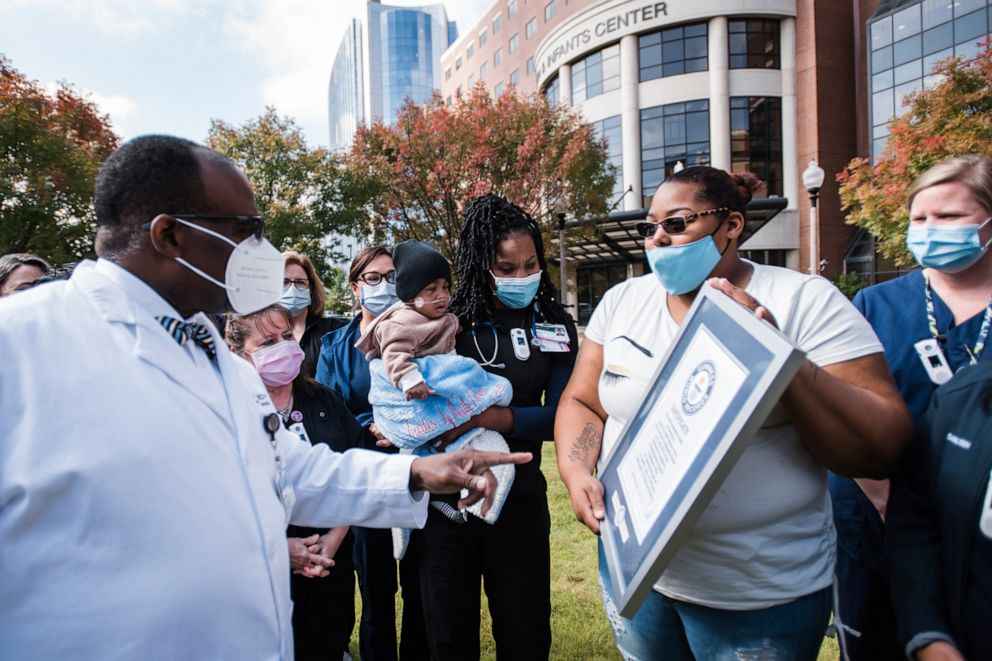 He is still on oxygen and remains on a feeding tube, but he should wean off of both of those in the future, according to Sims.

"The good news is that all of the things that he has right now, strong babies can get off of those things, so that's very encouraging," said Sims. "But when we’re taking care of a baby that we’ve never had the opportunity to take care of, a lot of this will be us watching him develop over time."

Butler said her son is continuing to thrive at home. 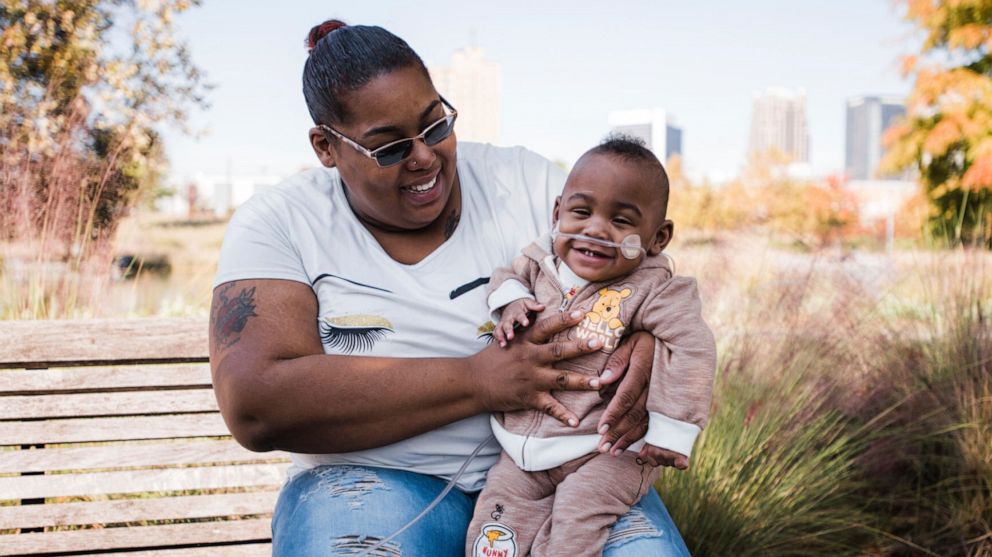 Andrea Mabry/UAB University Relations via AP
Michelle Butler of Eutaw, Ala., and son Curtis Means in Birmingham, Ala. The child has been certified by Guinness World Records as the world's most premature baby to survive.

Looking back on Curtis' long journey since birth, Butler said she would encourage other parents of premature babies to be their child's "biggest advocates."

"Us parents are the biggest advocates for our children, so whatever you feel in your heart you go by it," she said. "And continue to pray."