A Chicago toddler who was born with a one-in-a-million condition that left him without part of his right leg is now walking thanks to a prosthetic leg.

Dakari Miranda, who will turn 2 this fall, took his first steps this month, less than eight months after undergoing an hours-long surgery to have most of his right leg amputated.

Dakari was born without a tibia, or shinbone, in his right leg, a rare condition known as tibial hemimelia.

His mom, Dawn Miranda, said she learned her son had the condition while she was 20 weeks pregnant, and that from the start, doctors spoke with her about possibly needing to amputate her son's leg.

"Once we found that out, I was distraught," Miranda told "Good Morning America." "That was like the scariest thing I'd ever heard."

Miranda said she initially worried about what kind of future Dakari would have, and whether he would be able to run and play with his siblings and friends.

As she began research the condition and later joined a Facebook group of parents and people with tibial hemimelia, she said she grew optimistic about her son's future.

"I just started to realize that Dakari is going to be great," said Miranda, adding that she was also encouraged by Dakari's orthopedic surgeon, Dr. Romie Gibly, who told her that one day Dakari could be a field goal kicker for the Chicago Bears. "He made me feel like don't think because Dakari not going to have the rest of his leg, that his life is over."

After Dakari was born, Gibly, a board-certified pediatric orthopedic surgeon at Lurie Children's Hospital of Chicago, presented Miranda and her husband with two options. 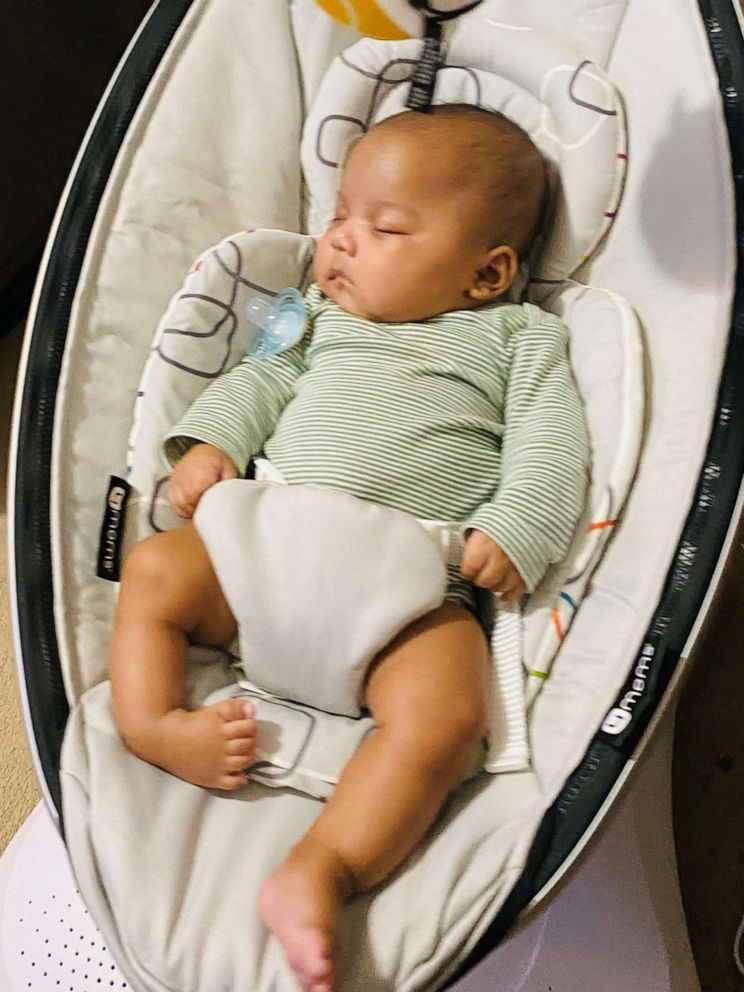 They could either try to preserve the foot and build a leg for Dakari through multiple reconstructive surgeries and lots of rehabilitation work, or they could perform an amputation and fit Dakari with a prosthetic leg that would allow him to start walking immediately, and on schedule for him developmentally.

Both Miranda and Gibly say the decision to amputate Dakari's leg became clearer after they saw the difficulties he had in trying to crawl and walk with his foot the way it was.

"Over that first year of life, it became really apparent pretty quickly that the foot was really just getting in his way," said Gibly. "It just kind of flopped around and he didn't really have any control over it, and it really prevented him from getting moving."

In December, Gibly oversaw the surgery to amputate Dakari's leg from below the thighbone.

Soon after the surgery, once his surgical cast was removed, Dakari was able to crawl and move, according to both Gibly and Miranda. 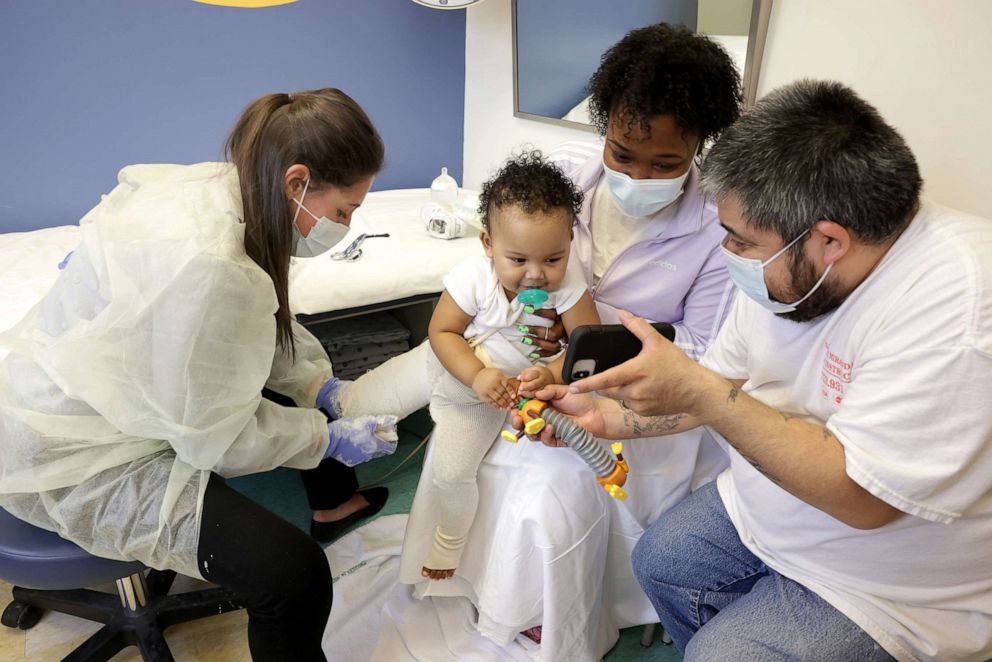 "When we went to get the cast off, the kid shot down the hall like a sprinter," said Miranda, adding that seeing Dakari's joy was a relief after having to make the decision to amputate his leg. "He was on the move and it was almost like he wanted to say I appreciate it, like thank you so much."

Over the next several months, the team at Lurie Children's Hospital worked to design, fabricate and fit a prosthetic leg for Dakari. 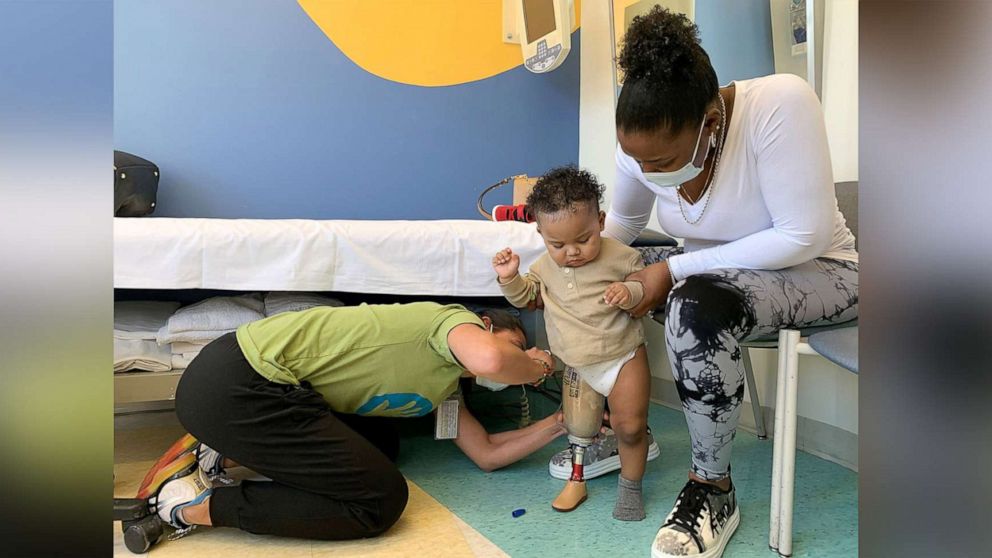 "[Adults] say that losing a limb is like losing a family member and having to relearn to walk using a prosthesis at an older age is difficult," said Breanna Baltrusch, a board-certified prosthetist and orthotist who treated Dakari. "For Dakari, he’s not going to know any different. His first steps are with a prosthesis."

She continued, "Most pediatric patients become fantastic prosthetic users because they’ve learned to acclimate to the prosthetic from the start." 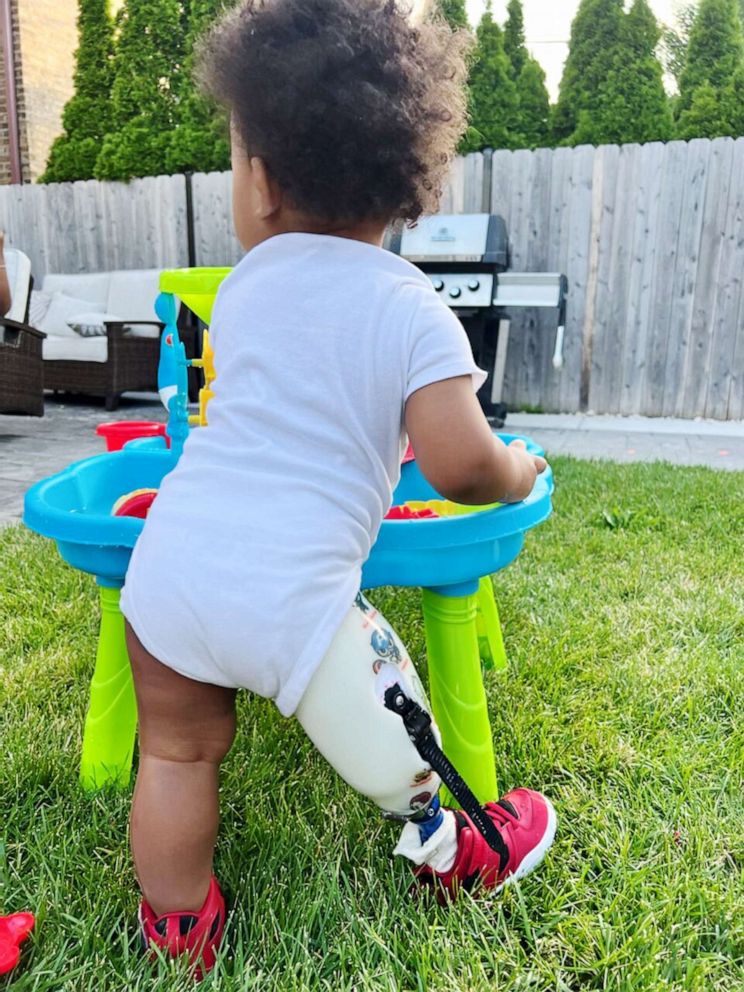 Dakari will need to have his prosthesis adjusted over the years as he grows and may need future minor surgeries, but he is not expected to have any limitations due to the amputation, according to both Baltrusch and Gibly.

"He's done with the hard work so he can just move on and learn to walk and make progress," said Gibly. "And probably the biggest factor for him is [his] family, who are engaged and interested and enthusiastic and supportive."

Deavinna Edwards, 16, Dakari's older sister, said she can already play more with Dakari because it's so much easier for him to move.

She said she has big dreams for her brother to achieve whatever he wants in life, and looks forward to cheering him on.

"In high school, he could probably be on the swim team and be like Michael Phelps or play basketball or he can follow in my footsteps and play volleyball," she said. "I can see he's really more comfortable and confident now." 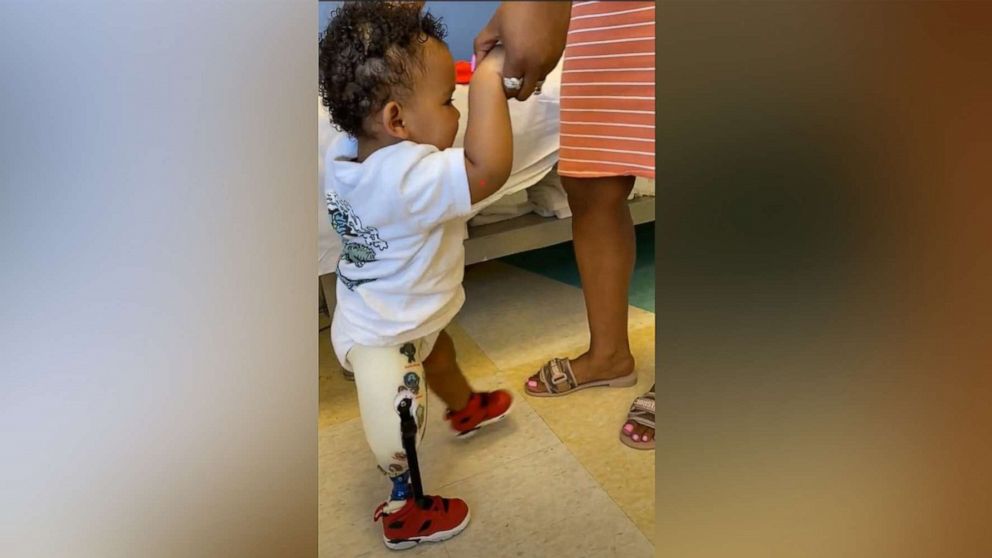 Miranda said that as Dakari continues to improve, she wants other parents of other kids with rare conditions to see him and know that they are not alone.

"The rareness of your child is one-in-a-million but it's not one-in-a-million that you have people on your side," she said. "We're here. We can help you get through it, and it will just be better."