Professional poker players Jamie and Matt Staples won $150,000 after a friend bet that the then 304-pound and 135-pound brothers could not weigh the exact same amount.

Just a year ago, Jamie Staples tipped the scale at 304 pounds while his younger brother, Matt Staples weighed in at only 135 pounds. Now, the pair both weight the exact same: 188.3 pounds. 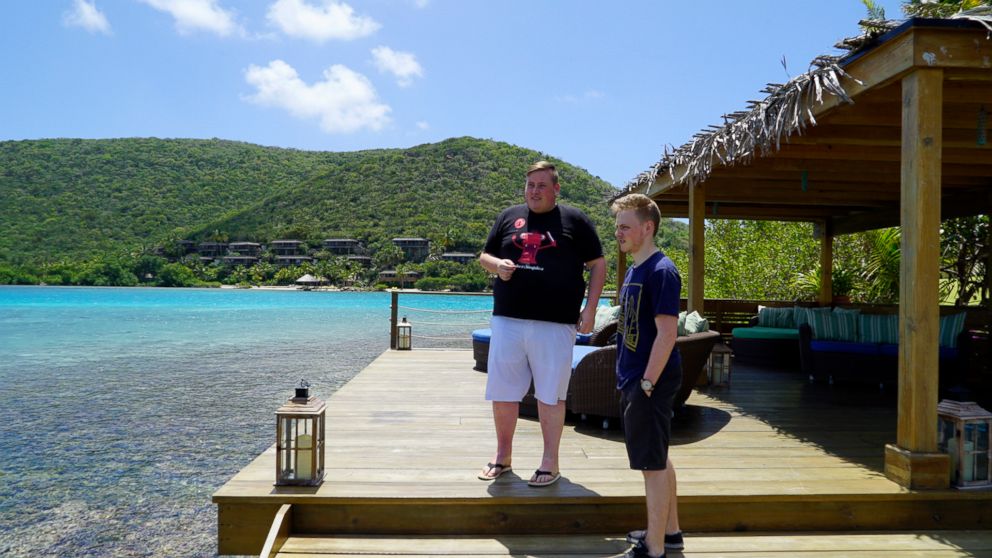 Their weight transformation was spurred by a $150,000 bet offered by Bill Perkins, a fellow poker player and friend of the brothers, with the challenge of getting to the same weight in one year.

"There is so much incentive to start taking health seriously and to learn how to live a better lifestyle," Jamie Staples said of the bet. "I don’t know about you, but for me, I was like, 'Here we go.'" 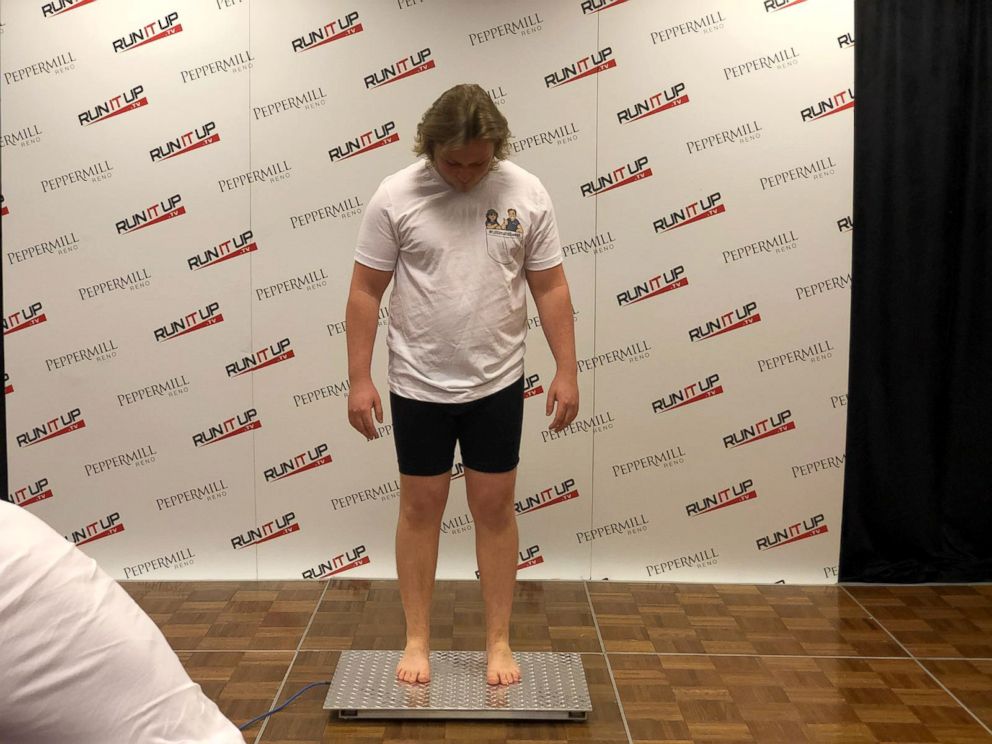 Jamie and Matt Staples
Matt Staples dramatically transformed his weight to win a $150,000 bet with his brother.

"I fell in love with it," Matt Staples said. "I enjoyed putting on muscle, putting on size."

"A year ago," Jamie Staples said, "I was eating whatever my heart told me I wanted to eat."

After the challenge began, however, he started trading fast food for healthy smoothies.

Jamie Staples said that his diet consisted of "No sugar, very low carbs, protein and vegetables." 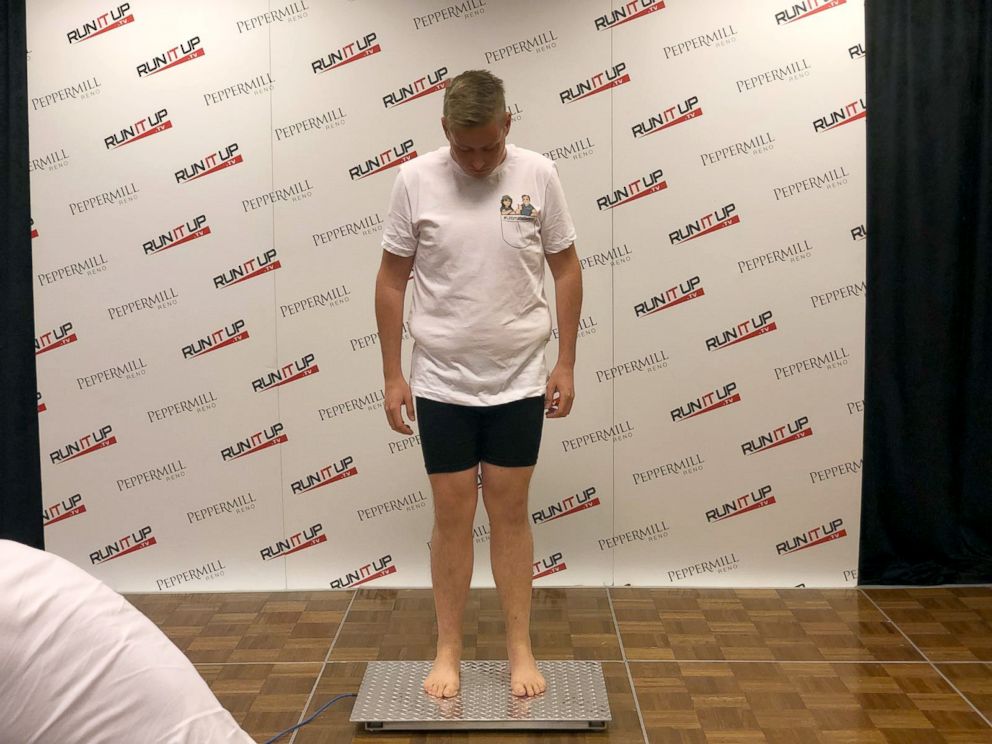 Jamie and Matt Staples
Jamie Staples dramatically transformed his weight to win a $150,000 bet with his brother.

Meanwhile, Matt Staples added pasta, rice, and lots of protein to his diet.

"The food part of this bet was a lot harder for me than the workout part of it," Matt Staples said. "Eating 3,000 to 3,500 calories for the last three months of the bet when I had already put on a ton of size got really tiring." 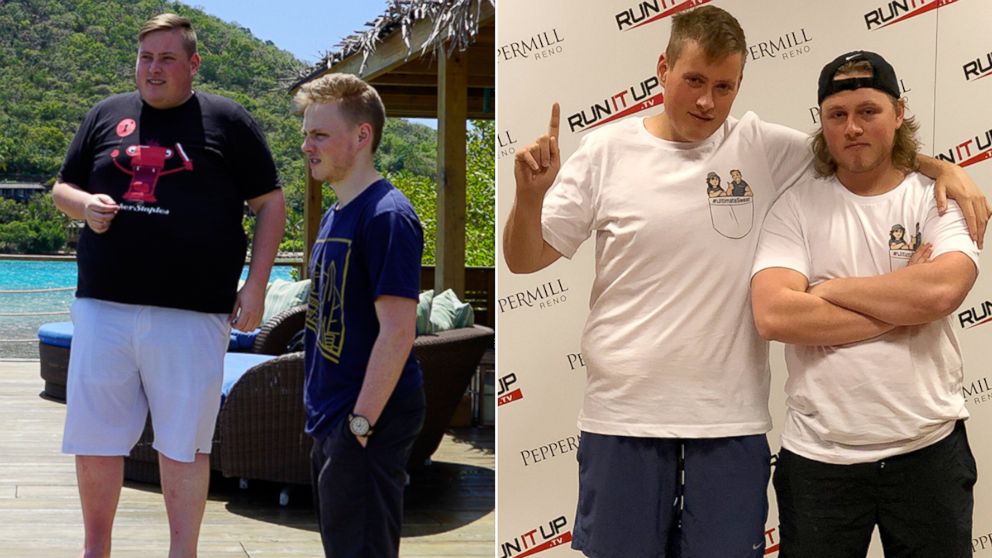 Jamie and Matt Staples
Brothers Jamie Staples, left, and Matt Staples are photographed here before and after they dramatically transformed their weight together to win a $150,000 bet.

"They really spent some time saying, you know, 'How are we eating, how are we exercising,'" Feller said. "And said, 'Let's make this conscious effort to not only win but to make sustainable change that's based in reality.'"

In addition, their transformations "brought them together, which I think is really wonderful," Feller said.

At the brothers' final weigh-in, Jamie Staples lost more than 115 pounds. Meanwhile, Matt Staples bulked up by more than 50 pounds.

At the end of their year-long journey together, the brothers' reset their health, and became $150,000 richer.