By Mary Kekatos, Katie Kindelan
Share —
Sign up for our newsletters to get GMA delivered to your inbox every morning!

COVID-19 vaccines are safe and effective for children, according to three new studies released Thursday by the U.S. Centers for Disease Control and Prevention.

One study, which evaluated the safety reports of more than 42,000 children ages 5 to 11 who received a Pfizer shot, found the side effects from the Pfizer vaccine were mostly mild and temporary. It also found that myocarditis, a heart inflammation side effect that has been associated with the mRNA vaccines in very rare cases, does not appear to be a risk.

A second study, which looked at data from 243 children ages 12 to 17 in Arizona, found the Pfizer vaccine was 92% effective at preventing infection. The study, conducted between July and December when delta was the dominant variant in the U.S., also found that adolescents who developed COVID-19 reported a lower percentage of time masked in school and time masked in the community.

The third study, also conducted when delta was dominant, found that among children ages 5 to 17 hospitalized due to COVID-19, less than 1% were fully vaccinated against the virus.

"I think these studies taken as a whole confirm what we’ve been saying all along, which is that these vaccines are incredibly safe and effective," ABC News medical contributor Dr. John Brownstein, an epidemiologist and chief innovation officer at Boston Children's Hospital, said. "The side effects that were highlighted originally do not appear to be a risk, including myocarditis, and the efficacy is incredibly impressive."

"Essentially, they provide additional support for the incredible benefit of these vaccines and the incredibly low risk of any adverse events from taking them," he said. "Hopefully, this provides support to increase uptake of the vaccine, which unfortunately has been slow in our pediatric population." 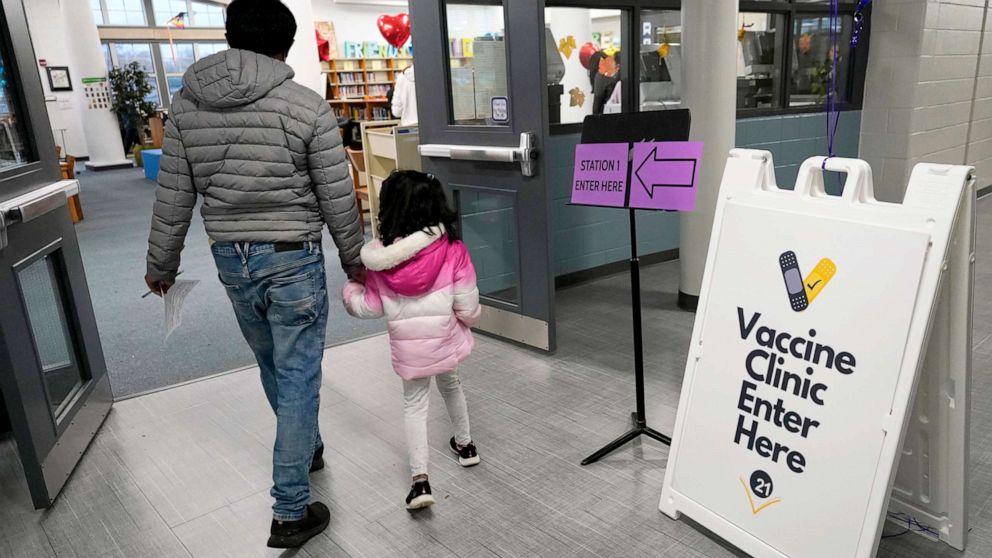 Nam Y. Huh/AP, FILE
An information sign is displayed as a child arrives with her parent to receive the Pfizer COVID-19 vaccine for children 5 to 11-years-old at London Middle School in Wheeling, Ill., Nov. 17, 2021.

Currently in the U.S., less than a third of eligible children -- ages 5 to 17 -- have been fully vaccinated.

The Pfizer vaccine has been available for children ages 5 to 11 since November, while it was authorized for emergency use in children ages 12 to 15 in May.

The U.S. Food and Drug Administration approved the Pfizer vaccine for people ages 16 and older in August.

The studies showing the vaccines' efficacy in children comes as the highly transmissible omicron variant of COVID-19 spreads across the country, impacting children, too.

Experts say it's unlikely that omicron is affecting children differently than prior variants, but rather this new surge is impacting people who are unvaccinated, including children

Last week, nearly 200,000 children in the U.S. tested positive for COVID-19, up by about 50% since the beginning of December, according to new data from the American Academy of Pediatrics and the Children's Hospital Association.

And federal data shows more than 2,100 children are currently hospitalized with confirmed or suspected cases of COVID-19 -- up by approximately 800 pediatric patients compared to just a month ago.

The increasing numbers are colliding with the holidays as well as cold and flu season and the upcoming return to school from the holiday break.

Brownstein said the data showed it is more important than ever that people eligible to get vaccinated against COVID-19 do so, especially children. 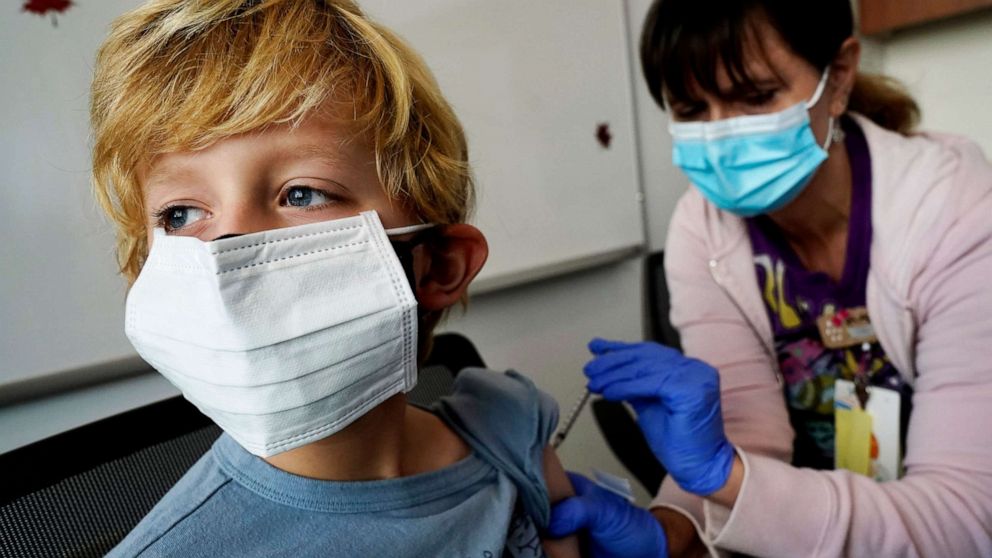 "We know that COVID does not spare kids. Maybe it’s less severe than their adult counterparts but we also know that the virus has had real significant impacts on morbidity and mortality in kids," he said. "We also know that kids play an important role as vectors of spread and, especially in light of increases we’re seeing right now with increases of cases in kids in record numbers, infections among kids further perpetuate community transmission and further create risks for those who would be the most vulnerable of the virus."

Brownstein and other experts also said families should go back to mask-wearing when in public, especially in indoor spaces like grocery stores, and limit social gatherings during this omicron surge.

"What’s clear is that the protection against COVID has always been about layers of intervention and, so while the vaccines are affording incredible protection, the idea is that vaccines plus additional interventions, especially in the middle of the surge, is still incredibly key," Brownstein said. "This is why masking continues to be an important tool in reducing community transmission."