“Real Housewives of Beverly Hills Star” Denise Richards is thanking fans for alerting her to a potential medical scare.

Richards, 48, shared on Instagram that fans told her she had an enlarged thyroid after watching her appearance on a recent reunion episode of the reality TV show.

“You were right, it was something I ignored until pointed out,” Richards captioned her post.

The mom-of-three went on to say that she has since eliminated gluten from her diet, which she says has helped her condition.

“I thank all of you who sent me messages,” Richards wrote, adding the hashtag #selfcare.

Richards is not alone as a woman facing a thyroid issue. One in eight women will develop thyroid problems during her lifetime, according to the U.S. Office on Women's Health. 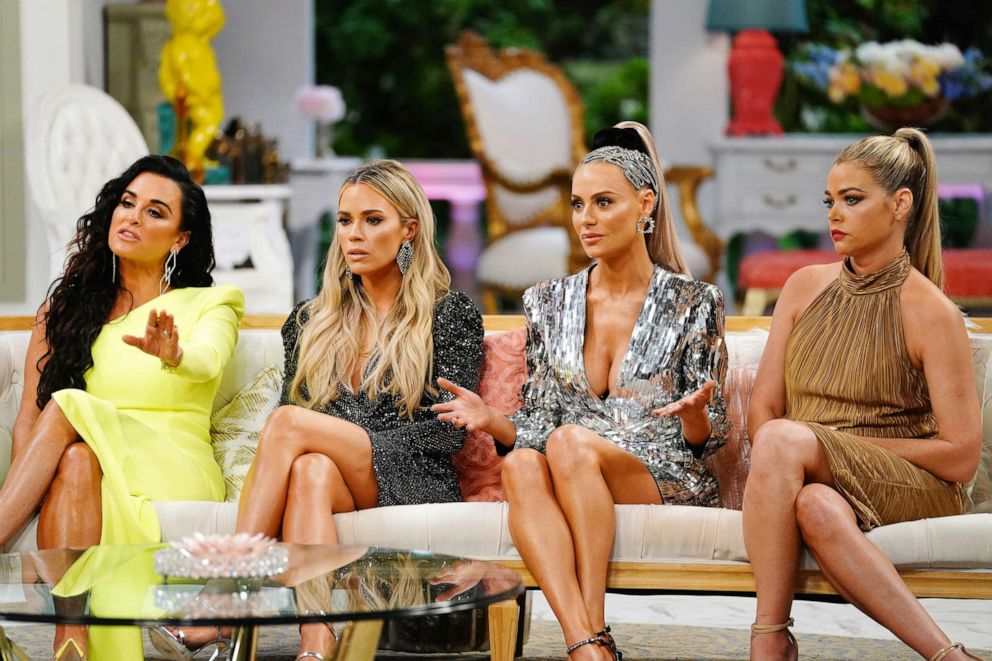 Here is what to know about the thyroid and it's particular impact on women.

What is the thryroid?

The thyroid is a small and butterfly-shaped gland found at the base of the neck that is the "major hormonal regulator" for the entire body, according to ABC News chief medical correspondent Dr. Jennifer Ashton.

The thyroid hormone that the gland produces regulates the metabolism and affects everything from body temperature to how fast a person burns calories and how fast their heart beats, according to the Office on Women's Health.

Problems occur if the thyroid makes too much hormone or not enough.

How do thyroid issues impact women?

In women, thyroid diseases can affect menstruation because the thyroid helps control the menstrual cycle.

Thyroid disease can cause your periods to stop for several months or longer, or make periods very light, heavy or irregular, according to the Office on Women's Health.

Because thyroid disease affects the menstrual cycle, it also affects ovulation and can make it harder to get pregnant.

During pregnancy, thyroid hormone levels sometimes need to be carefully monitored and adjusted based on the patient's history and the provider's suspicion for thyroid disease. The American College of Obstetrics-Gynecology (ACOG) recommends against routine screening for thyroid disease in pregnancy. Providers may choose to screen based on the patient's history and symptoms.

After pregnancy, some women have abnormal levels of thyroid hormone for a year or more, according to the National Institutes of Health (NIH).

Who is most at risk for thyroid disease?

Thyroid problems are most likely to occur in women or in people over age 60. Having a family history of thyroid disorders also increases the risk, according to the NIH.

(MORE: Woman who appeared on HGTV finds out she has cancer after a doctor watching spots a lump on her throat)

The women most at risk include those who have had a thyroid problem, who have had surgery or radiotherapy affecting the thyroid gland or who have a condition such as goiter, anemia, or type 1 diabetes, according to the Office on Women's Health.

What are the types of thyroid disease?

Nearly 1 in 20 Americans ages 12 and older has an under-active thyroid, or hypothyroidism, which can cause many body functions to slow down.

Around 1 in 100 people have an over-active thyroid, or hyperthyroidism, according to NIH.

Sometimes a thyroid can become enlarged for benign reasons and is temporary, according to Ashton. In other cases, an enlarged thyroid can be a sign that it is under-active or over-active, or there's an infection or cancer, she noted.

How is thyroid disease diagnosed?

Blood tests can help to confirm a diagnosis of a thyroid disease, though thyroid issues can be hard to detect.

Symptoms of a problem with the thyroid can include everything from weight loss or gain to fatigue.

How is thyroid disease treated?

Most cases of thyroid disease can be treated with medication.

Richards' option of going gluten-free to help her thyroid is supported by only limited and anecdotal data, experts say.

"Going gluten-free or changing your diet in any way can help you feel better, and as long as it does no harm, medically I’m all for it," said Ashton. "But if you have a significant thyroid condition, that needs traditional medical management, sometimes with an endocrinologist."