A 21-year-old who was diagnosed with Lupus and advanced kidney disease met the man whose organ donation saved his life, live on "Good Morning America" Monday.

"I really wish there was any words that I would be able to say to describe to you how grateful I am for you giving me this new opportunity," Chris, 21, told his kidney donor, Abraham, after the two embraced in an emotional hug. "I really want you to know your kidney went to a good place."

"I hope to make you proud one day and everything I do I’m going to do it for you," he added.

"I’m grateful I’ve been able to do it," said Abraham, a 19-year-old college student who wished to only be identified by his first name. 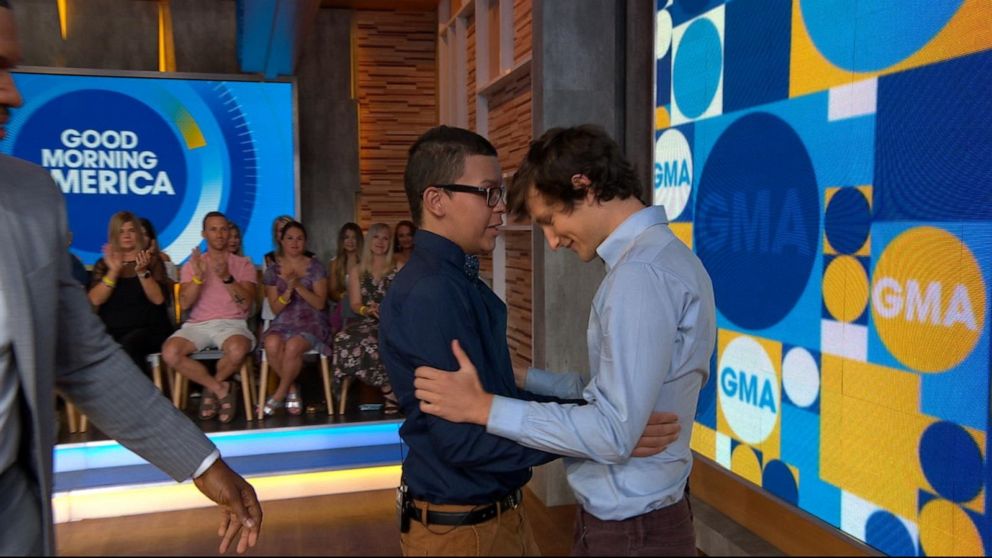 At just 16-years-old, Chris, who also wished to only be identified by his first name, was diagnosed with Lupus that led to advanced kidney disease.

"It was around the beginning of the school year. Me and my brothers, we played flag football in, like, a league," Chris recalled. "I tried to throw the football but, I ... literally, the ball went, like a couple feet and just hit the ground. And, like, that's when I really knew that something was like, wrong."

(MORE: After their dad died in need of a kidney transplant, 2 sisters donate their kidneys to strangers)
Editor's Picks

Chris said he ended up going to the emergency room where he was told he had nephrotic syndrome, saying, "It was basically like my kidneys were leaking proteins and stuff throughout my body."

He was told he needed a kidney transplant, and though his family prayed he would receive one instead of having to go on dialysis treatment, his kidneys began to fail and dialysis soon became his only option.

"The hardest part was putting him on dialysis. That was you know, I've had family members who, once they go on dialysis never came off, have passed away," his mom, Christina, told "GMA." "So that was a really big scare for us."

"But he's always remained positive. He's such a smart kid. Never let it affect him," she added. "When I would cry, he would text me, 'cause he would have a mask on 'cause he couldn't breathe. He would go, 'Don't worry, Mom. I'm going to graduate high school. I'm going to go to college. You don't have to worry about me. I'm gonna be okay.'" 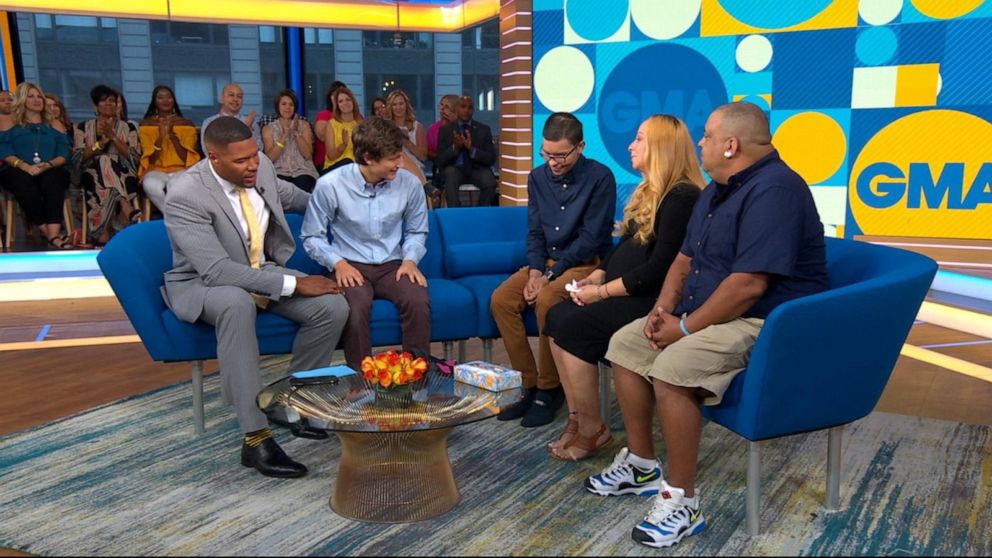 While Chris was receiving dialysis, however, tragedy struck the family when Chris' 13-year-old sister, Bria, passed away from a bleeding disorder.

"The doctor came in and told us that they were pronouncing her dead," he said. "I was devastated but I sat there for a moment. I was, like, 'It just can't be for no reason,'" Christina said through tears. "So I run out the room and I reach her doctor. And I'm, like, 'Is there any way that she can give her kidneys to her brother?'"

Dr. Laura Malaga, Chris' pediatric nephrologist at the NYU Langone Transplant Institute, told "GMA" having that conversation with Chris was "one of the hardest things I've ever had to do."

"And I remember going with Dr. Stewart ... his surgeon ... back to the room to tell him and his parents that we just couldn't do it," she said.

Chris said that shortly after that point, he was "in and out of the hospital basically every week after she passed away."

"It was really hard," he said. "Especially being away from my family, 'cause I'm always in the hospital."

Then, approximately a month ago, Chris received the life-changing call that he had a potential kidney donor.

"My body started to, like, shake and everything...I couldn't speak," he recalled. "So they were, like, 'Oh, we have a potential donor.'"

That donor was Abraham who had learned about the prospect of donating after reading an article just a year before.

"I realized that this is really just a chance to seriously improve someone's life at very little cost to my own," he told "GMA."

Abraham took a test and a year later found out he was a match for Chris.

"The more I learned about the process, I think rather than feeling more worried, I think I felt more reassured that this was the right thing to do," he said.

Chris said when he found out that he had a donor the first thing he did was "cry."

Dr. Malaga added , "It's almost like Bria was watching over him and it was meant to happen."

Chris says he wants to be a doctor someday, with his biggest inspiration being Dr. Malaga.

"She diagnosed me and everything...from that day, she basically treated me like her child," he said. "She's been like my mother. Even I would not have gotten this without her. She's the one that fought for me from the beginning."

Abraham said in the future he hopes to connect more with Chris, saying "there's no reason that it's not me" who would be in need of a kidney. 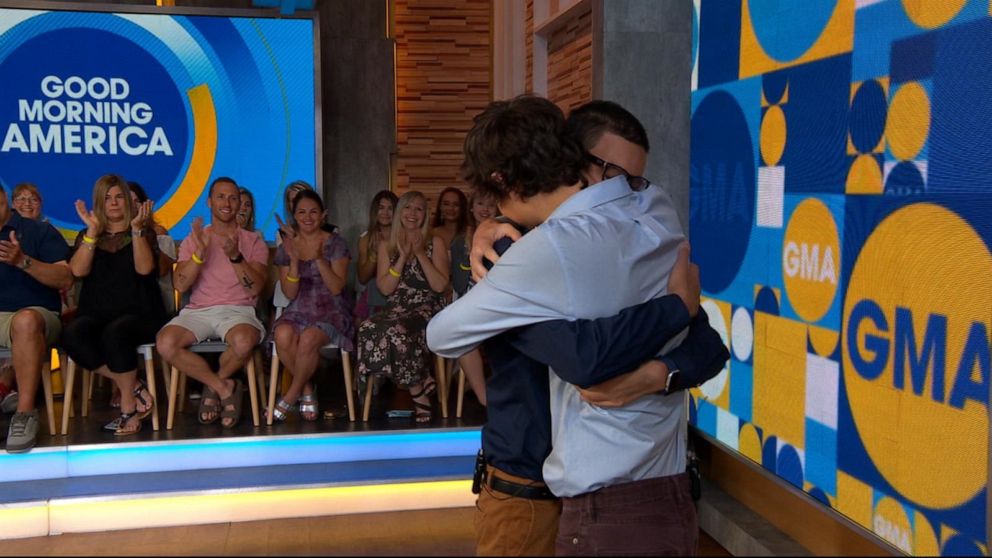 "It's just sheer luck that I have two healthy kidneys. And it's a privilege that I'm, I think, able to give one up," he said.

Abraham said his kidney donation is already having a ripple effect in his own family, with his mom now starting the process of becoming a kidney donor.

"I would say go for it," he said of his advice to other people. "Reach out to a hospital and see if you’re eligible and if you are eligible, really consider it. I was in the hospital for two days. I was off painkillers in five days. I feel great."

Chris said that he "never really thought that it could happen like this." His mom, Christina, also had a special message for Abraham, who gave her son his life back.

"I just want to say thank you," she said. "There’s no words that I can every say to repay you or your family. I’m just so grateful to you."

For more information about how to become an organ donor, check out the United Network for Organ Sharing's website here.