After their father died while in need of a kidney transplant, two Illinois sisters each donated their kidneys 24 hours apart to total strangers to make sure two other families didn't have to suffer the way theirs did.

"I hope he would be really proud," Bethany Goralski, 25, of Chicago, told "Good Morning America."

After a long battle with Crohn's disease and kidney failure, their father, Mark Goralski, passed away in September of 2018. Bethany Goralski said she was prepared to donate her kidney to her father -- who had already underwent a transplant in 2011 -- but doctors "told us at the time he wasn't healthy enough for a transplant."

"We just want to make sure two less families had to go through what we went through," Bethany Goralski said. 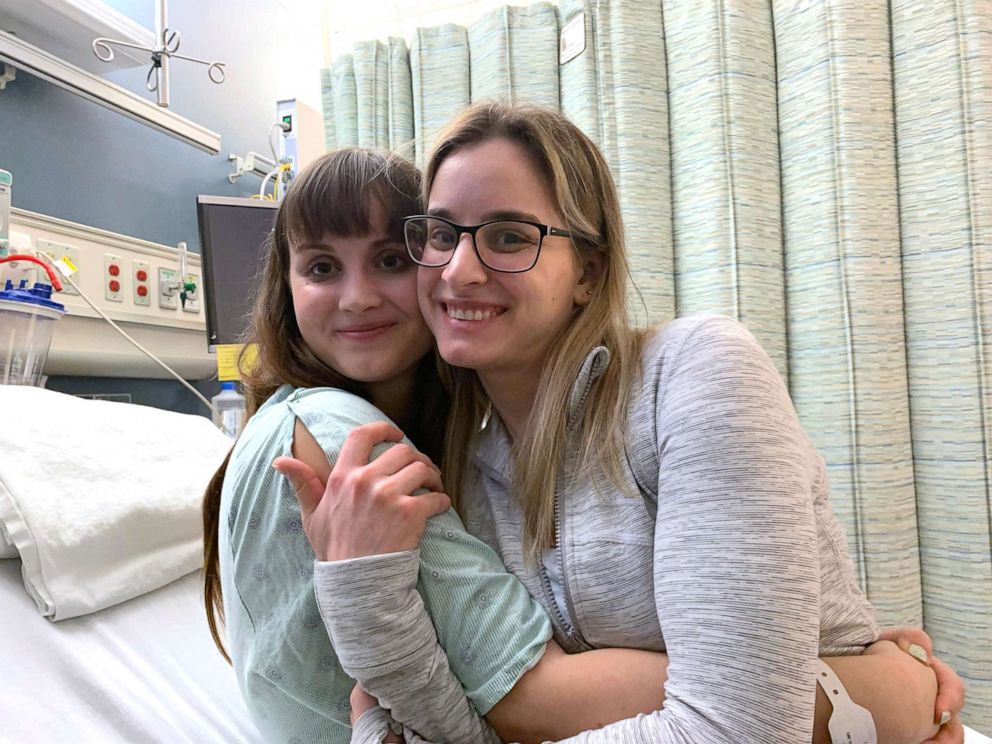 Courtesy Bethany Goralski
In this undated photo, Hannah Goralski (left) is pictured with her sister before she underwent surgery to donate her kidney.
(MORE: Teacher overcome with emotion as former student reveals she's giving him her kidney)

Her sister, Hannah Goralski, 24, said that she also decided to give the gift of life to a stranger after her father's death.

"My dad was always giving, he was always helping others," she added. "And I thought what a great way to honor him."

"Knowing a lot of people who have been affected by organ transplant, it felt selfish to keep my kidney," she said. 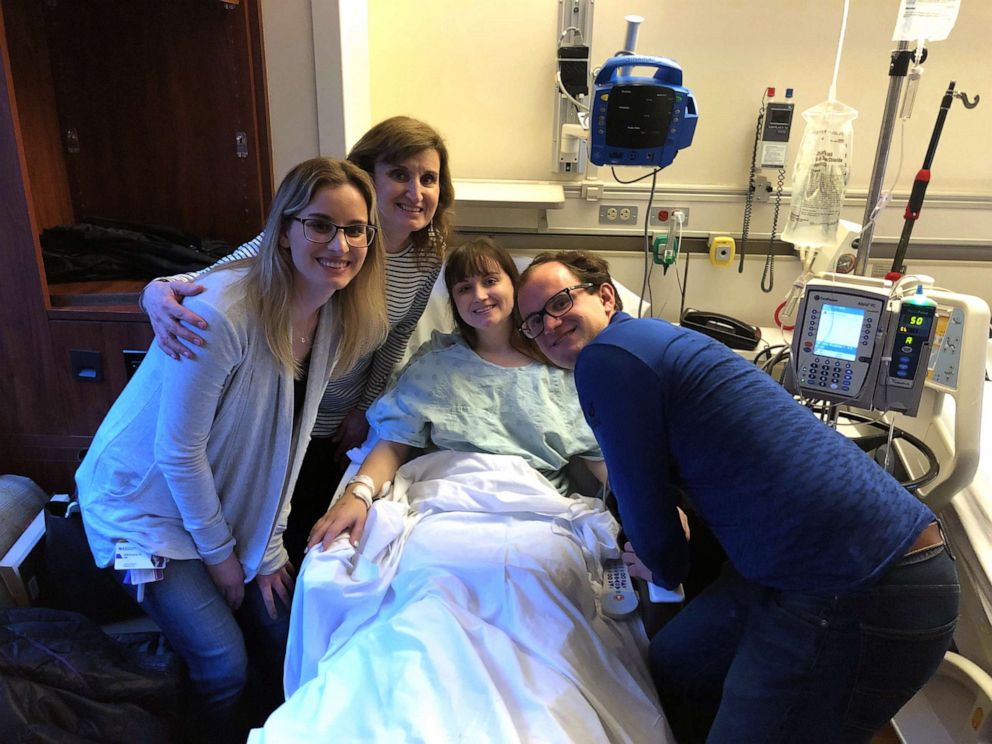 Courtesy Bethany Goralski
In this undated photo Hannah Goralski is pictured with her family before undergoing surgery to donate her kidney.

Hannah Goralski said that she called Northwestern Memorial Hospital about a month after her father passed away, and the sisters underwent the surgeries about a day apart in March 2019.

Hannah Goralski added that she believes if her father "was in this position, I think he would have done the exact same thing, he was always helping others."

"I know he would be proud," she said. 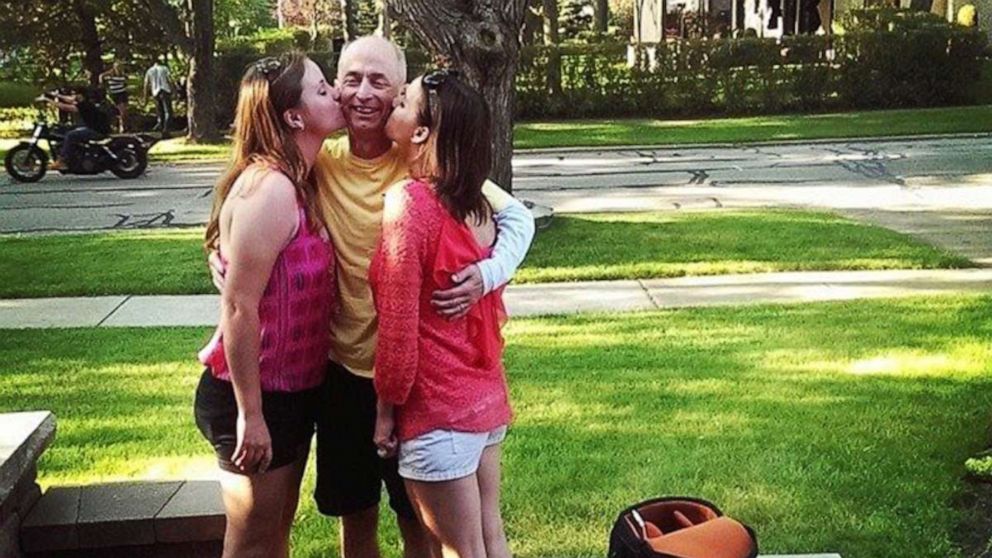 Courtesy Bethany Goralski
Bethany and Hannah Goralski are pictured in this undated photo with their father before he passed away.
(MORE: Son gives his mother the gift of life with organ donation: 'I want her to experience grandchildren')

"I would tell them to do it, I don’t regret it one bit," she said. "We’re young and healthy, so my recovery was only about 10 days."

Hannah Goralski added that "the age I did it was very ideal." 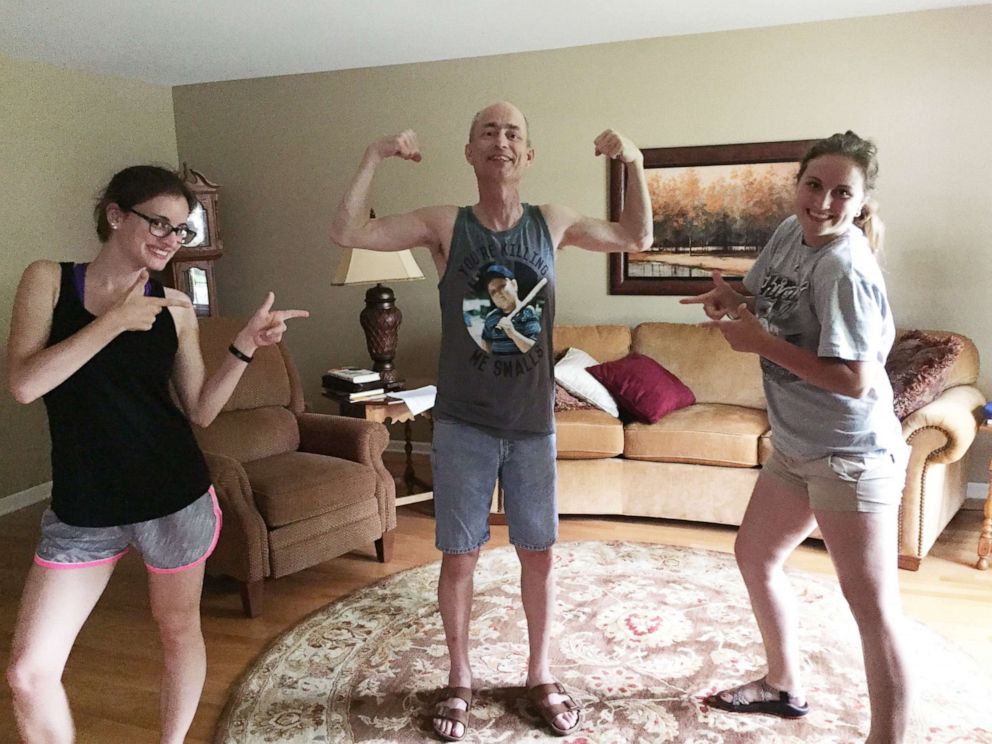 Courtesy Bethany Goralski
Bethany and Hannah Goralski are pictured here with their father before he passed away.

"I’ve never had any major health issues," she said. "I’ve only ever had my wisdom teeth removed so this was my first surgery ... I felt like I bounced back very quickly."

She acknowledged that while there are "definitely risks for women like preeclampsia ... all women are at risk for that anyway."

"I thought why wait, if someone's dying now and I can help them now, hopefully by then when I'm older I'll look back and say, 'I'm glad I didn’t wait," Hannah Goralski said. 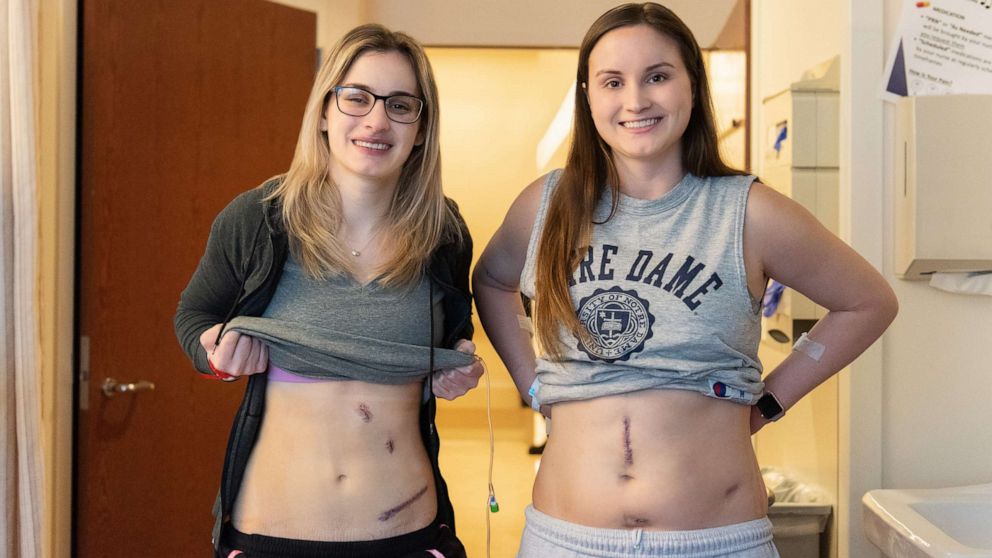 Meghan Mccloud/Courtesy Northwestern Medicine
In this undated photo, Bethany and Hannah Goralski are shown prior to their kidney donation surgery.