As the number of COVID-19 cases in the United States have reached 6 million, a new study from Florida Atlantic University is revealing the ineffectiveness of face shields to protect against the spread of the disease.

In a video, researchers used a water and glycerin mixture to simulate a cough or sneeze from a mannequin's mouth and nose. The simulation was done under two different conditions -- once when the mannequin was wearing a face shield and the other, when the mannequin was wearing a mask with an exhalation valve, to examine the effectiveness of each in stopping the spread of droplets.

In the one with the face shield, droplets were seen escaping from the visor. 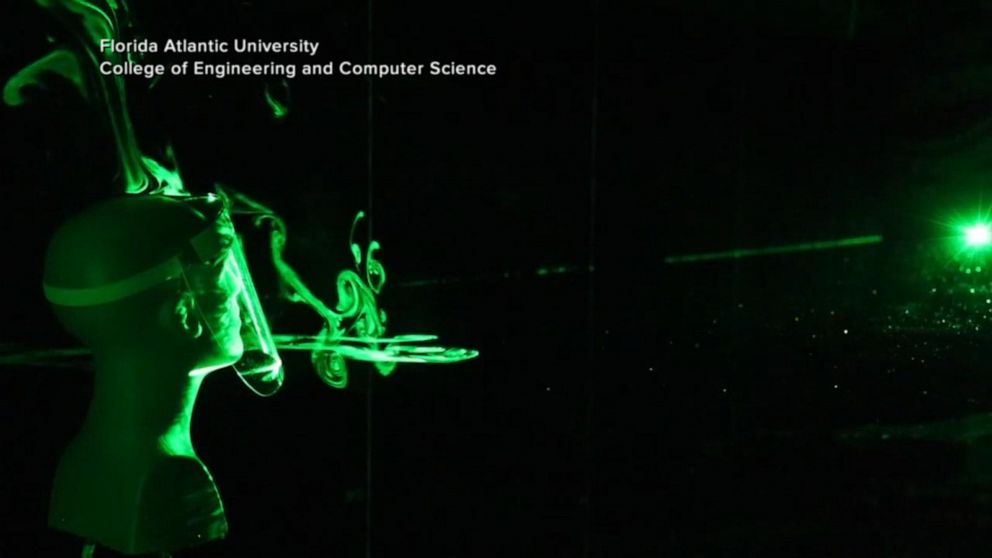 "The larger droplets, they will get stopped, but the smaller droplets, they follow the air streams very well, so they can basically flow around the visor very easily and then they are released into the environment," said Siddhartha Verma, Ph.D., a professor at Florida Atlantic University and one of the study's authors. "From there they can be distributed within the room, depending on what the air conditioning flow looks like and many other factors."

Earlier this summer, researchers of a 2014 study found in the Journal of Occupational and Environmental Hygiene called the "Efficacy of Face Shields Against Cough Aerosol Droplets From a Cough Simulator," pointed out, on "Good Morning America," that face shields "cannot be used as a substitute for respiratory protection when it is needed."

Similar to the Florida Atlantic University study, the 2014 study performed a simulation of individuals wearing plastic face shields, and showed that it reduced the inhalation of droplets from a cough by 96%, protecting the wearer, but still ineffectively protecting others against the wearer's droplets.

The Centers for Disease Control and Prevention also don't recommend the use of face shields in lieu of face coverings, as "it is not known if face shields provide any benefit as a source control to protect others from the spray of respiratory particles," according to their website.

"That was the main motivation for the study," Verma told "GMA." "For people to see for themselves what really happens to these tiny droplets when you use a face shield." 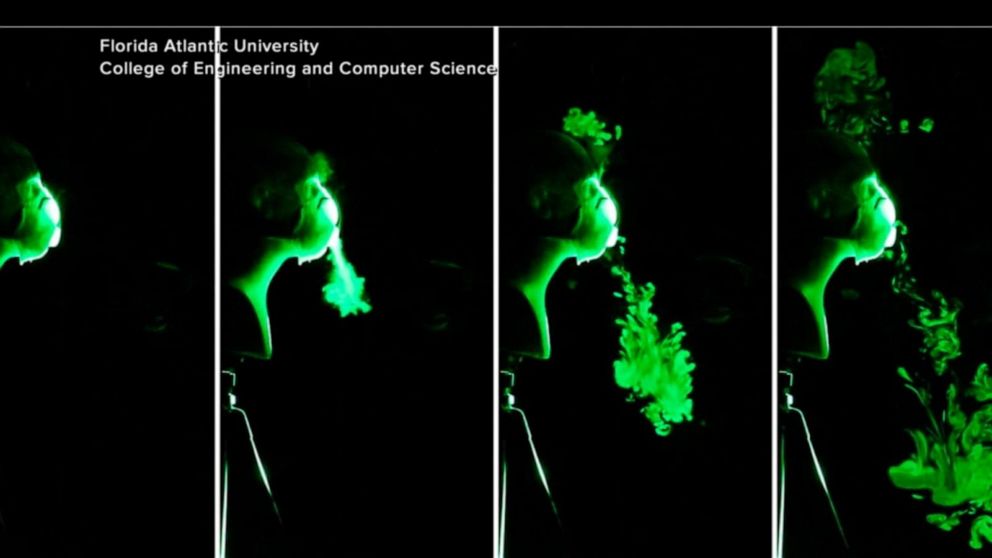 When a mask with an exhalation valve was tested it showed that it protected the wearer, but similar to face shields, not others.

"These masks with valves are not meant for acting as source control," Verma said. "Imagine if you're working at home and it's a very dusty environment. You don't want to inhale any of the dust, but you don't really care about what you exhale. So, in that situation this sort of a mask is perfect, not meant for use in a medical setting or in the current pandemic." 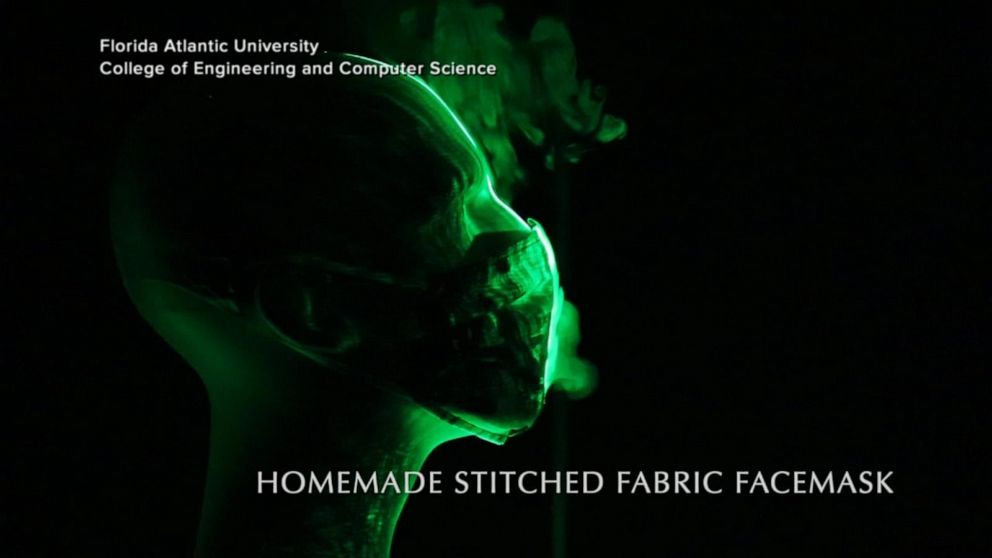 So, what kind of masks are effective at blocking particles from traveling?

Last month, scientists from Duke University tested 14 types of masks, including surgical masks, cotton masks and fitted N-95 masks. The N-95 masks, which have a sealed fit, were effective in protecting the wearer and others around them as well. Surgical masks were also found to be effective. 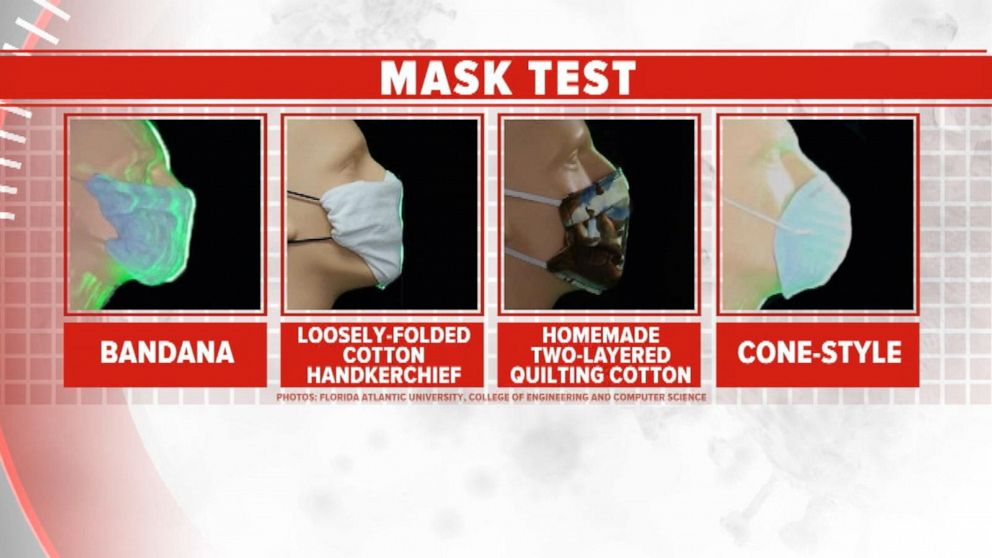 "The main hope for the study was, once people see what happens when using just a shield or a mask with a valve, it's not very effective," said Verma. "A much safer, better option is to use even a homemade mask that is well made and of good quality. They work really well."