Now McCallie, a married mother of two, is opening up about an off-court battle she has faced: Bipolar disorder.

McCallie was 30-years-old, a new mom and the women's basketball coach at the University of Maine when she received the bipolar diagnosis.

"Mostly it was the people around me that knew something was not right," she said Wednesday on "Good Morning America." "I was in denial. I felt great. It was a manic episode. Quite frankly, I thought I could do no wrong.

"I was productive and happy and how dare anyone say to me something’s wrong, and that was the first realization I had a problem," McCallie added. 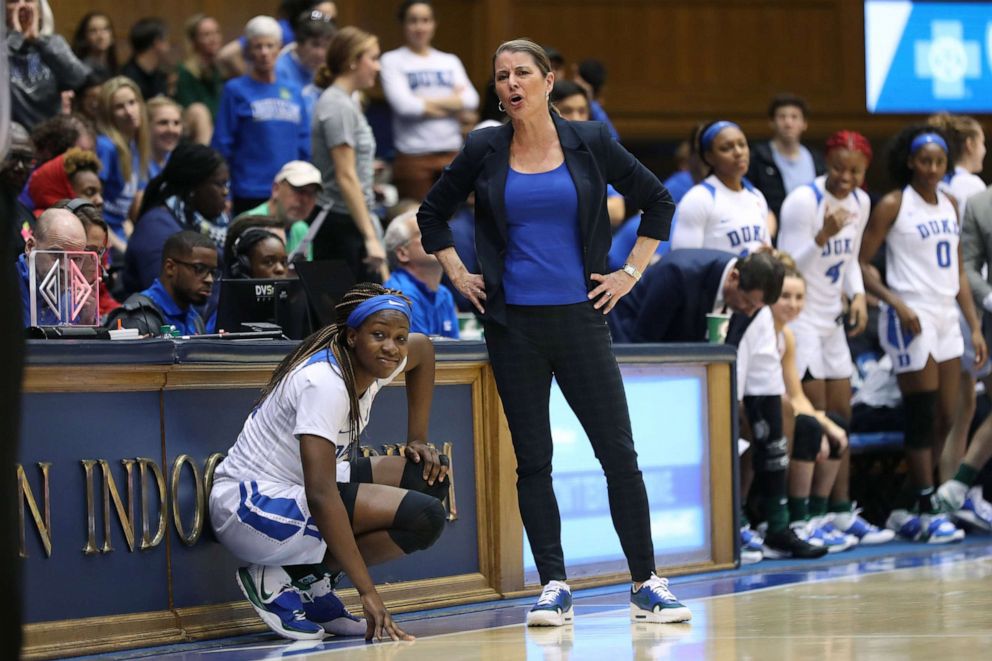 Bipolar disorder, or manic-depressive illness, is "a brain disorder that causes unusual shifts in mood, energy, activity levels, and the ability to carry out day-to-day tasks," according to the National Institute of Mental Health (NIMH).

Nearly 3% of U.S. adults had bipolar disorder in the past year, according to the NIMH.

MORE: Mariah Carey opens up about her bipolar disorder in 'hope of helping others'

McCallie, 55, opens up about her own journey with bipolar disorder in her new memoir, "Secret Warrior: A Coach & Fighter, On and Off the Court." The book was released Tuesday, more than six months after McCallie stepped away from her 13-year career as the head coach at Duke.

"Hello from Coach P. I hope you all are safe and healthy during these very challenging times.

I just had a very difficult conversation with a group of women that I love and adore and admire..." pic.twitter.com/5pN2Swdfau

McCallie said revealing her bipolar diagnosis publicly at this time in her life and career was the "only way to do it fairly."

"It would have been terrible for my teams to bring a huge distraction and to bring it publicly," "And to be quite frank, I don’t think I was ready. I think it takes some time and maturity to be able to tell your story and to tell it in a heartfelt matter with truth behind it, no denial." 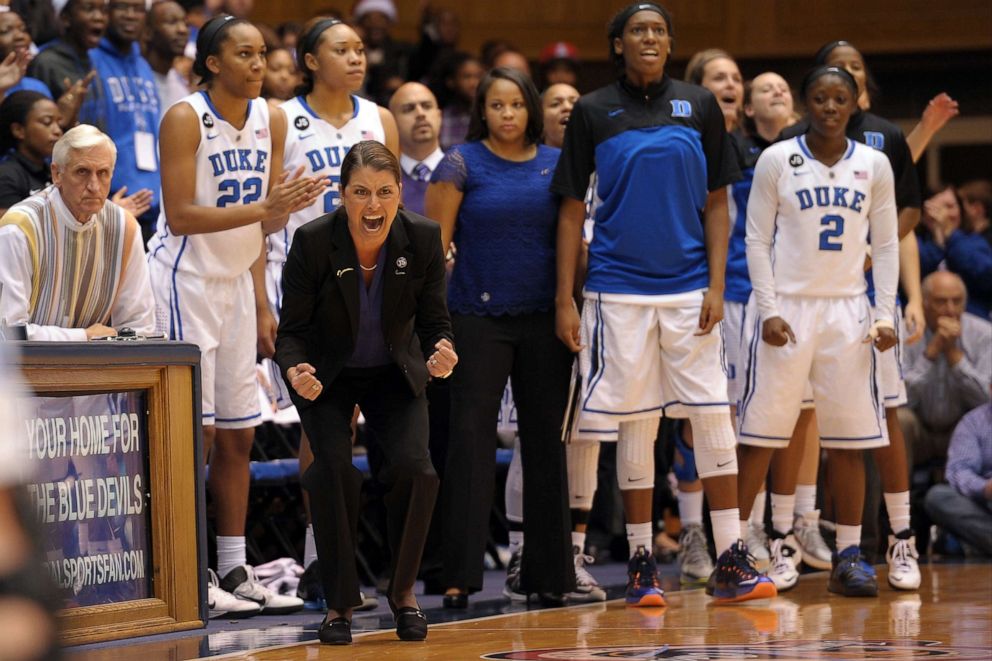 McCallie, who said she hopes to continue coaching in some capacity in the future, used her experience as a coach in assembling a team to help her live with bipolar disorder.

"It’s so important for people out there to know that they’re not alone, and speaking from a coach’s perspective, to build your team," she said. "You’ve got to have a team of people behind you -- people that know your truth, that love you for who you are and that can reach out and make a difference in your life." 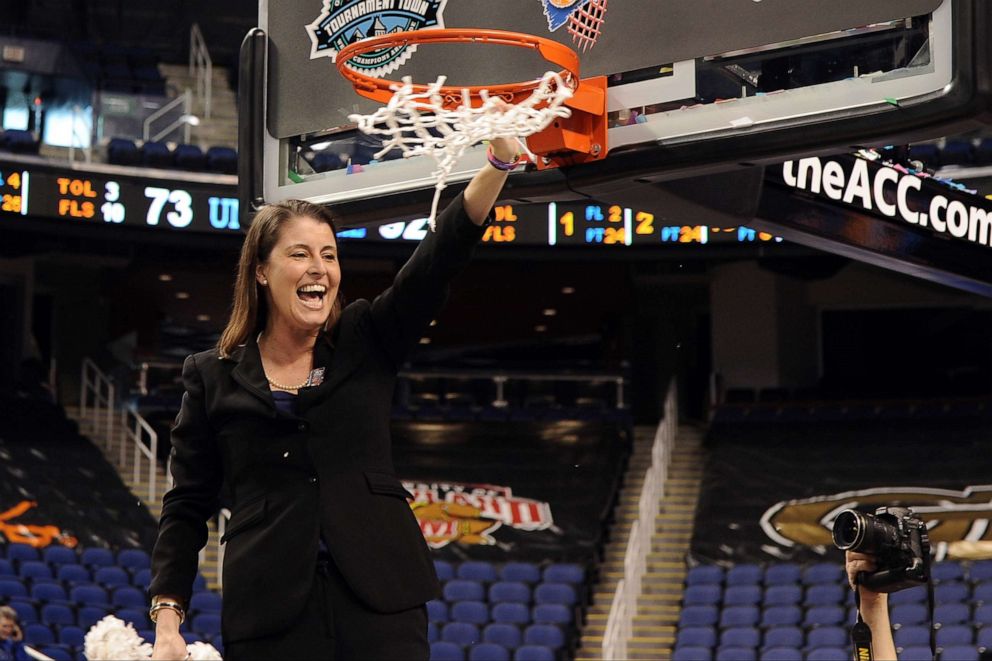 Lance King/Getty Images, FILE
Head Coach Joanne P. McCallie of the Duke Blue Devils celebrates following their 92-73 victory against the North Carolina Tar Heels during the finals of the 2013 Women's ACC Tournament at the Greensboro Coliseum on March 10, 2013 in Greensboro, N.C.

"Don’t go alone. Don’t ever try to manage your brain health alone," McCallie said. "There are so many people out there who can help."

The basketball coach also credits her faith with helping to guide her, specifically a concept she calls "faith over fear."

"It’s an amazing concept when you feel that hope and you feel it with God and you understand that there is a higher power because all of us get to that point where we really do wonder if there is a higher love there to take care of us," she said. "I’m really fortunate to have a great faith and lots of people around me that have taught me about my faith."

McCallie, who is also a cancer survivor, said she wants people with bipolar disorder to know the importance of understanding their own brain. 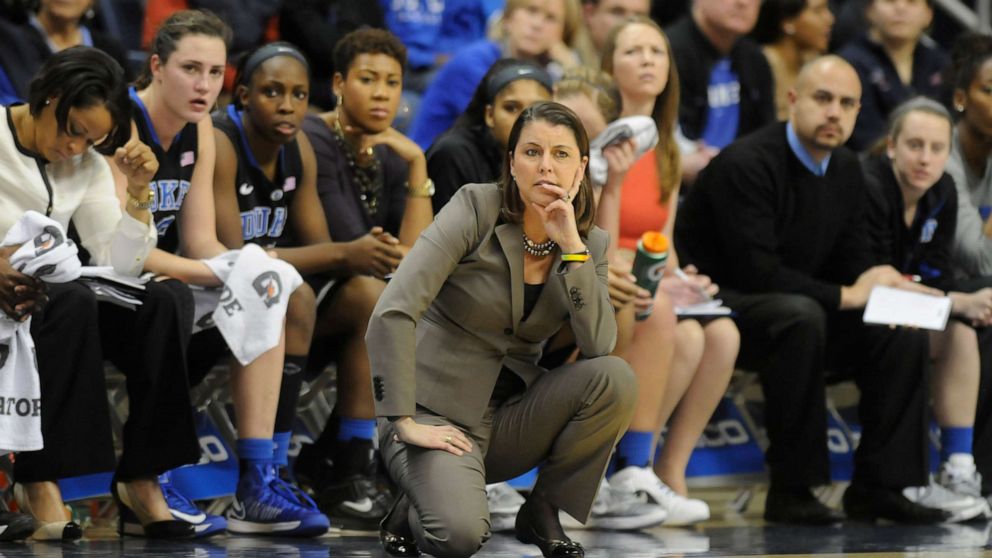 "You have to be honest with yourself. You have to self-analyze," she said. "You have to understand the power of the brain and do all of the little things -- exercise, eat right, get your good sleep -- do what you need to do to be in your best health possible."

McCallie said she also hopes that by speaking out she'll help reduce the stigma of mental illness, saying, "Stories need to be the critical part over any stigmas."