David Caldwell pulled out his own baby book when his first child, a son named Zayne Alexander Caldwell, was born on Jan. 30.

More than three decades earlier, in 1986, Caldwell was also born several weeks early and spent around six weeks in the same NICU as his son.

"I got the baby book out because wanted to compare photos of me and Zayne as babies and in the NICU," Caldwell, now 33 and a professional wedding photographer, told "Good Morning America."

Caldwell and his fiance, Renata Freydin, Zayne's mom, were looking through his baby photos last week at their home in Edison, New Jersey, when Freydin took a second look at one photo in particular.

The photo, taken by Caldwell's late mom, showed him being held by his mom's favorite nurse in the NICU, a woman named Lissa McGowan, on the day he was discharged from the NICU. 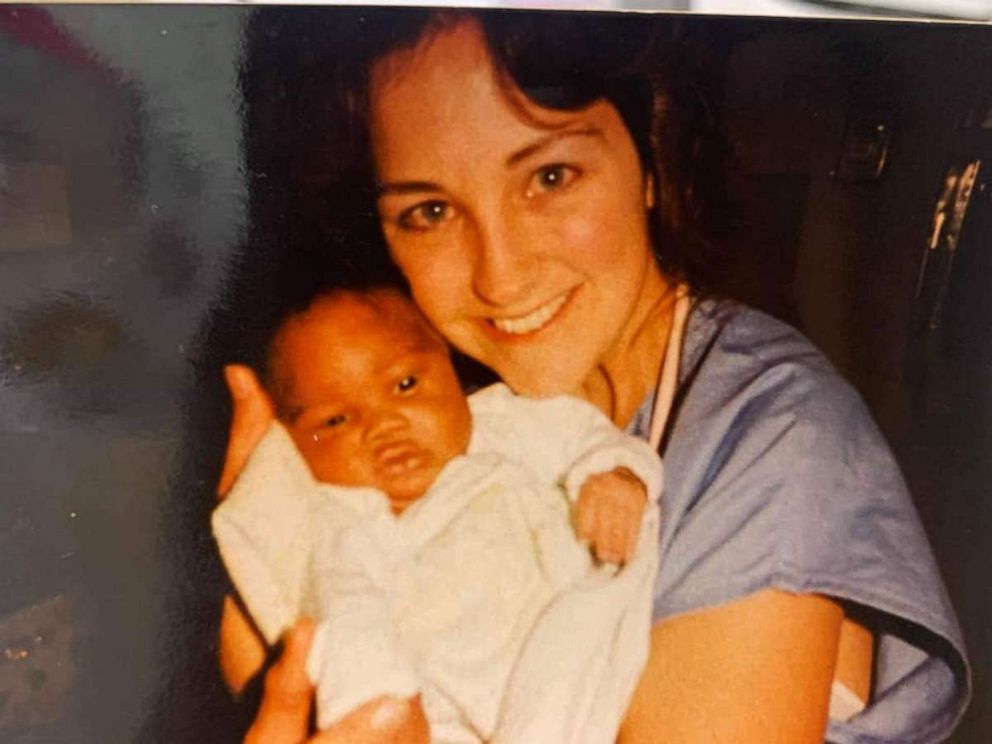 Freydin immediately recognized McGowan as the same nurse who had been taking care of Zayne in the NICU since his birth.

"We brought the [photo] in and two of the other nurses confirmed that it was [McGowan]," said Caldwell. "And my fiancé lost it and was like, 'I told you it was her.'"

Caldwell described his own reaction at learning the same nurse who cared for him as a newborn was now taking care of his son as one of pure shock.

"It’s 33 years later and this does not happen every day," he said. "She was the only nurse in my baby book. My baby book came apart and the photo stayed in there."

Caldwell and Freydin waited until McGowan's next shift, on Valentine's Day, Feb. 14, to tell her about the special connection she shared with one of her patients and his dad. McGowan was equally shocked.

"I have never had this happen before," said McGowan, who started her career at Saint Peter’s University Hospital in 1981. "It’s kind of unusual having your preemie come back after 34 years ... but to have a dad come in and be the dad of a preemie is a whole other story."

McGowan was part of the team that admitted Zayne to the NICU right after his birth and then spent the next three days as his nurse. She said she remembers speaking with Caldwell and helping to "calm his nerves" when Zayne was admitted, but never put together that she was speaking with a former patient.

Making the connection even more remarkable is the fact that Saint Peter’s University Hospital has an award-winning and very large NICU. The department cares for about 1,500 babies per year, has 56 beds and employs 120 staff members, meaning there was a good chance McGowan could have been working but not assigned to Zayne.

"At any given day there are 20 nurses working in the unit," McGowan said. "Just to be in the area that he was admitted to and being on that side of the room, everything kind of lined up to put us together."

Caldwell, the youngest of seven siblings, said he sees having McGowan care for his son as a sign that his mom, who passed away in 2004, is looking out for his family. 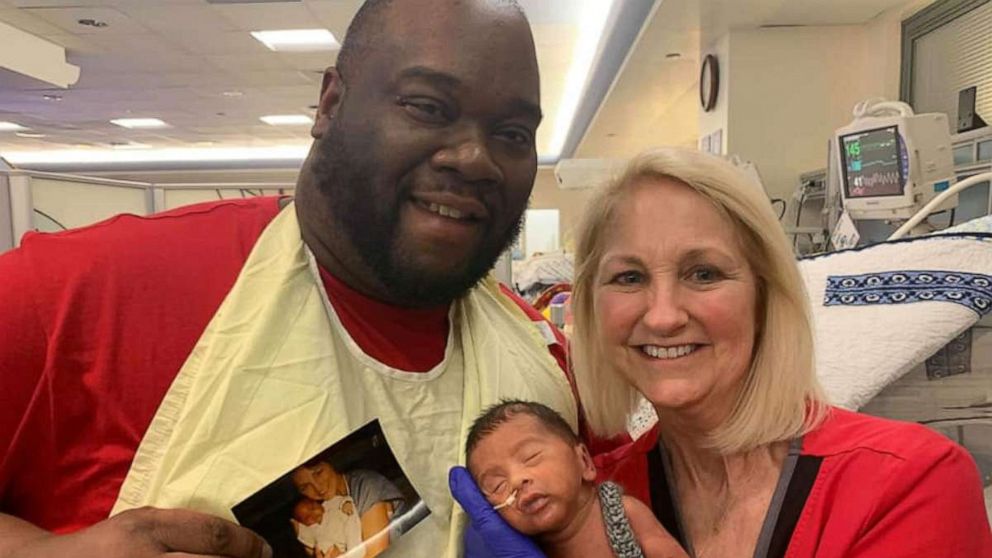 Courtesy David Caldwell
David Caldwell poses with his son Zayne and Lissa McGowan, the NICU nurse who cared for them both.

He remembers asking his mom as a kid about the woman holding him in the photograph in his baby book.

"She was like, 'Oh this woman was so nice. She was so great. She just reassured me every day that you would be fine,'" said Caldwell. "This happening is like a way of telling me that my mom is looking over me and my baby."

"I know my mom is watching down on me and her grandson and making sure that we’re in good hands and God is watching over us," he said. "It’s just a really emotional thing."

Under the care of McGowan and her fellow NICU nurses, Zayne is gaining weight, eating well and showing all the developments of a full-term baby, according to Caldwell.