A new study has shown the effectiveness of the HPV vaccine, and found a dramatic decline in human papillomavirus infections in both vaccinated and unvaccinated teen girls and young women in the United States.

"This study shows that the vaccine works very well against a common virus, HPV," Dr. Hannah Rosenblum, lead author of the study and medical epidemiologist at the Centers for Disease Control and Prevention (CDC), told "Good Morning America."

"HPV can cause serious health problems later in life, including some cancers in both women and men," she said. "HPV vaccination is cancer prevention -- by vaccinating children at age 11 or 12, we can protect them from developing cancers later in life."

HPV is the most common sexually transmitted infection in the United States and can cause health problems like genital warts in addition to cancer, which are most commonly cervical cancer in women and throat cancer in men, according to the CDC.

The HPV vaccine was first authorized in the U.S. for females in 2006, and for males in 2011. There has since been a more than 80% decline in HPV infections nationally, according to the CDC study. 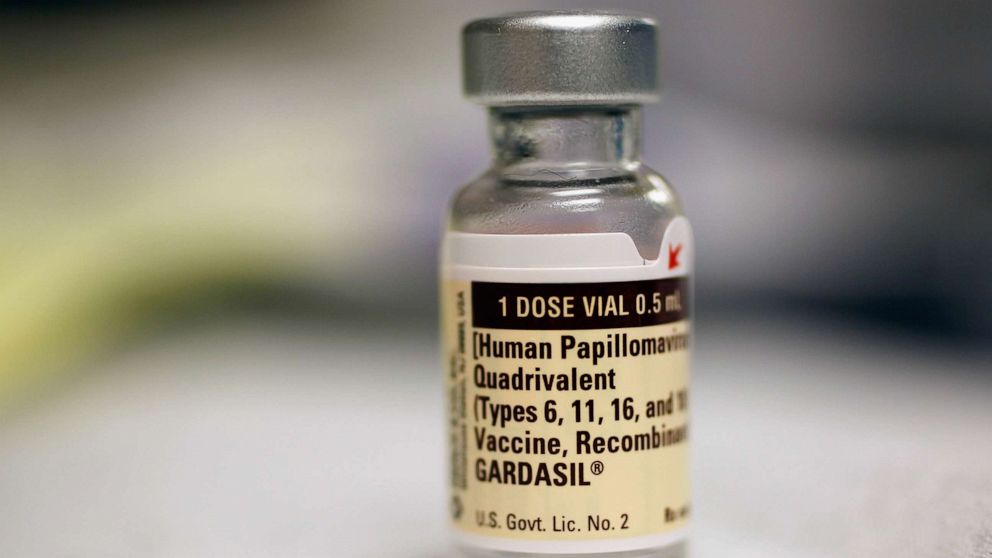 Joe Raedle/Getty Images
A vial of the Human Papillomavirus vaccine is seen at the University of Miami Miller School of Medicine on Sept. 21, 2011, in Miami.

There has also been a drop in unvaccinated females, according to Rosenblum, who warned that does not mean people should let their guard down.

"We also see an effect among unvaccinated females in these age groups due to less spread of the virus, however, unvaccinated persons are not immune and are still at risk of getting HPV," she said. "They should talk to their doctor about getting vaccinated if they are 26-years-old or younger."

HPV viruses are found in 80 million people in the United States, according to the CDC. There are hundreds of subtypes of HPV, and 1 in 4 people in the U.S. are infected with HPV at some point in their lives.

The CDC recommends two doses of the HPV vaccine, taken six to 12 months apart, for all girls and boys ages 11 to 12, but says the vaccine can be given to children as young as 9.

Teens and older who are not vaccinated are encouraged to do so by the age of 26. People ages 15 and older need three doses of the vaccine, according to the CDC. 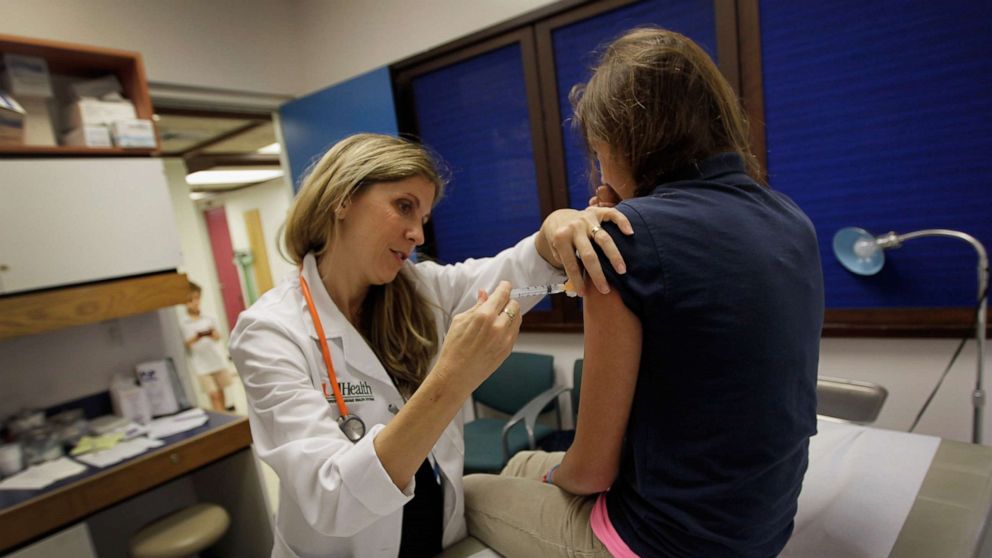 Joe Raedle/Getty Images
University of Miami pediatrician Judith L. Schaechter gives an HPV vaccination to a 13-year-old girl in her office at the Miller School of Medicine on Sept. 21, 2011, in Miami.

The timing of the vaccine has to do with the state of children's immune systems and also trying to vaccinate pre-teens before they are sexually active, Dr. Laura Riley, chair of obstetrics and gynecology at Weill Cornell Medicine and New York-Presbyterian in New York City, told "GMA."

"Your immune system [at ages 11 and 12] is such that you have a robust response to this vaccine, and it lasts for a really long time," she said. "But if you haven’t had it, still continue talking to your doctor about getting it up to age 26."

Riley said she hopes the CDC's new data -- which stands out for being a 10-year study -- combined with the safety of the HPV vaccine eases any remaining concerns parents may have about getting their children vaccinated against HPV.

"When [the HPV vaccine] first rolled out, the message wasn’t quite clear, so instead of people recognizing that you were going to prevent your kid from getting cancer, people were focused on the fact that HPV is a sexually transmitted disease," she said. "The education has to continue so that parents can understand the real benefit of this vaccine."

"The real benefit is to prevent your child from getting cervical cancer," Riley said. "The fact that you can prevent [cervical cancer] with a vaccine that has been used for years and has shown to be safe, why wouldn’t you do it?"

Long-lasting infection with certain types of HPV is the main cause of cervical cancer, which has the best survival rates if detected early according to the CDC. Doctors routinely screen for cervical cancer with the Pap test and HPV DNA testing depending on age and risk factors.

"We need to make sure that the teenagers and pre-teens are getting the benefit of the HPV vaccine, because it really is an anti-cancer vaccine," said Riley. "[Cervical cancer] is a really devastating disease."

Globally, a woman loses her life to cervical cancer every two minutes, according to a 2019 article published in the medical journal The Lancet.

In the U.S., doctors on the frontlines like Riley said more must continue to be done to educate parents about the HPV vaccine and make sure that all children across the country have access to the vaccine. As of 2018, nearly 40% of adults ages 18 to 26 reported receiving one or more doses of the HPV vaccine, according to the CDC.

"We need to make sure that we work on access to this vaccine and make sure that all girls of all races and ethnicities have the access," said Riley. "And we need to be sure that the message is clear so that everyone gets the two doses of the vaccine, because that’s what is associated with the best protection."