Shona Moeller, 28 weeks pregnant, has spent the past six weeks on bed rest at a Chicago-area hospital awaiting the birth of her first child, a son.

And once a week when she looks outside the window of her hospital room, she sees her husband, Robert Conlin, sitting four floors down on a sidewalk at a table decorated with flowers and candles.

Conlin, who is not able to visit his wife in the hospital because of COVID-19 restrictions, started bringing date nights to Moeller at the hospital as a way to help things feel normal in a very abnormal time. 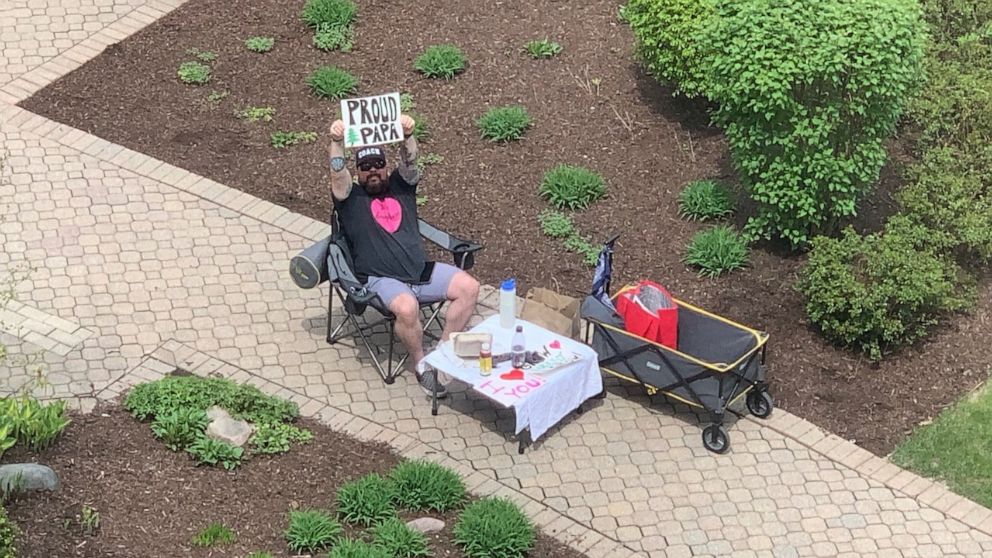 He orders takeout from the couple's favorite restaurant and has Moeller's entree brought to her hospital room. Conlin enjoys his entree at the sidewalk table and the two FaceTime with each other while they eat dinner.

MORE: Husband holds sign outside for wife who has to go to chemotherapy alone because of coronavirus

"I think it’s a little glimpse of some normalcy," Conlin, 45, told "Good Morning America." "We ask each other on dates all the time still and the first time I came [to the hospital] as a date night, I asked her the same thing, 'Do you want to go on a dinner date with me?'"

"She thought we were just going to do it over FaceTime so when I showed up, she was really surprised," he said. 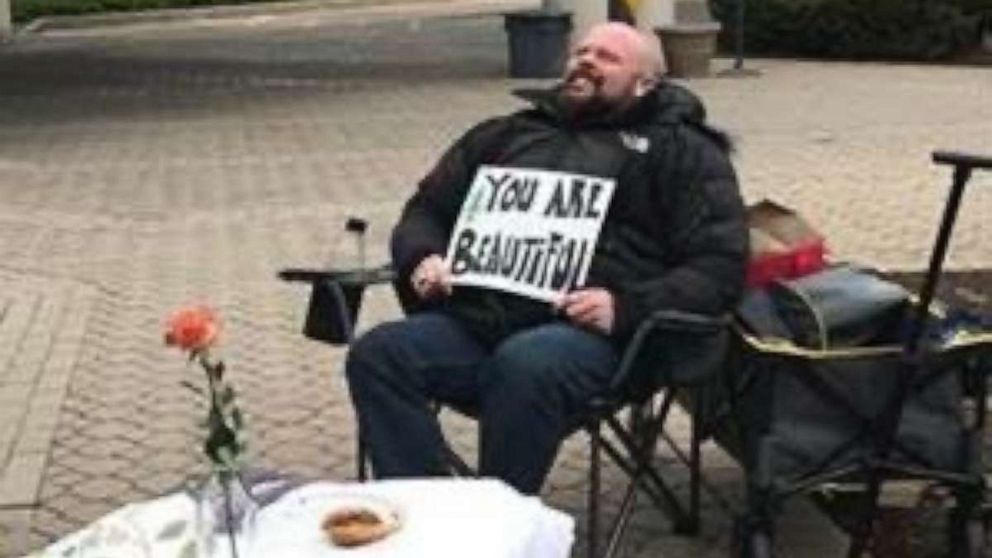 Moeller, 41, said she "lost her breath" the first time she went to the window and saw that Conlin had set up a date night.

"In this time where I’m by myself, every gesture feels so monumental and lovely and sweet," she said. "It felt like he had traveled the world to come see me because it meant so much."

Moeller, a high school teacher and part-time life coach, had a normal pregnancy up until 20 weeks when her water broke prematurely. She spent three weeks on bed rest at home trying to not go into labor and then was admitted to AMITA Health Adventist Medical Center in Hinsdale, Illinois, when she reached 23 weeks of pregnancy. 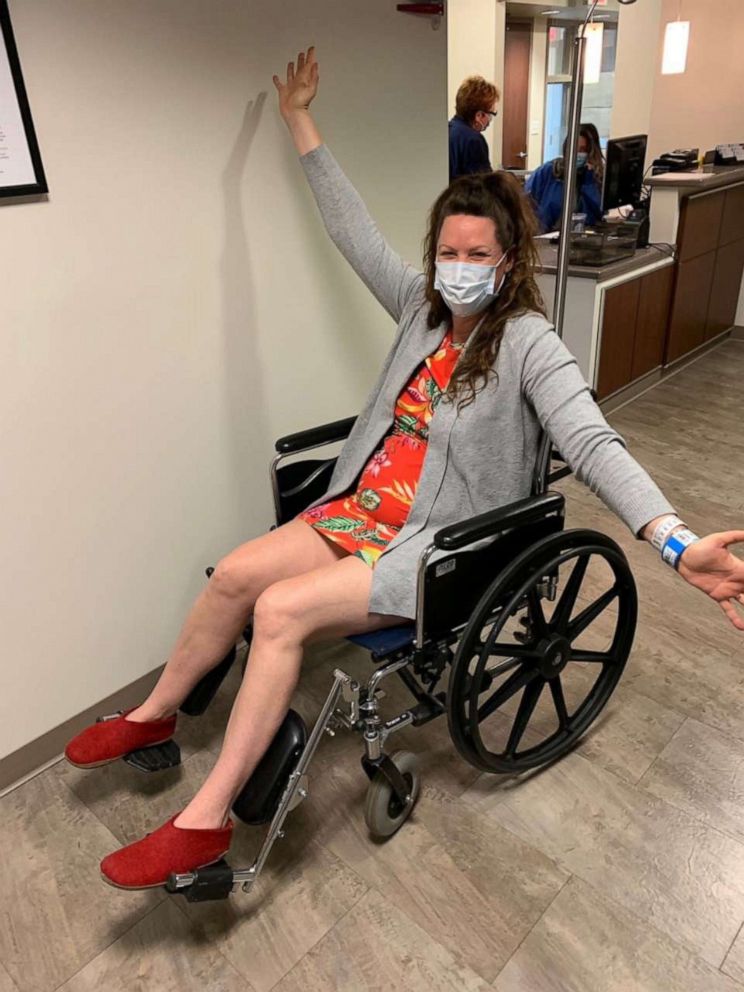 Since April 13, Moeller has been in her hospital room, trying to keep her pregnancy on hold for as long as possible in order to increase the odds that her son, whom she and Conlin plan to name Forest, is born healthy.

"Had you asked me at 20 weeks, I would have said there’s no chance to deliver a healthy baby boy," said Dr. Monique Brotman, the board-certified OBGYN treating Moeller. "Now at 28 weeks the mortality risk jumps down to probably 5%. The outlook right now is so much better than it was five weeks ago or eight weeks ago when [her water broke]."

Because of the hospital's strict no visitors rule during the coronavirus pandemic, Conlin, a relationship coach, has had to be creative to help his wife and son make it through this emotional time from afar. 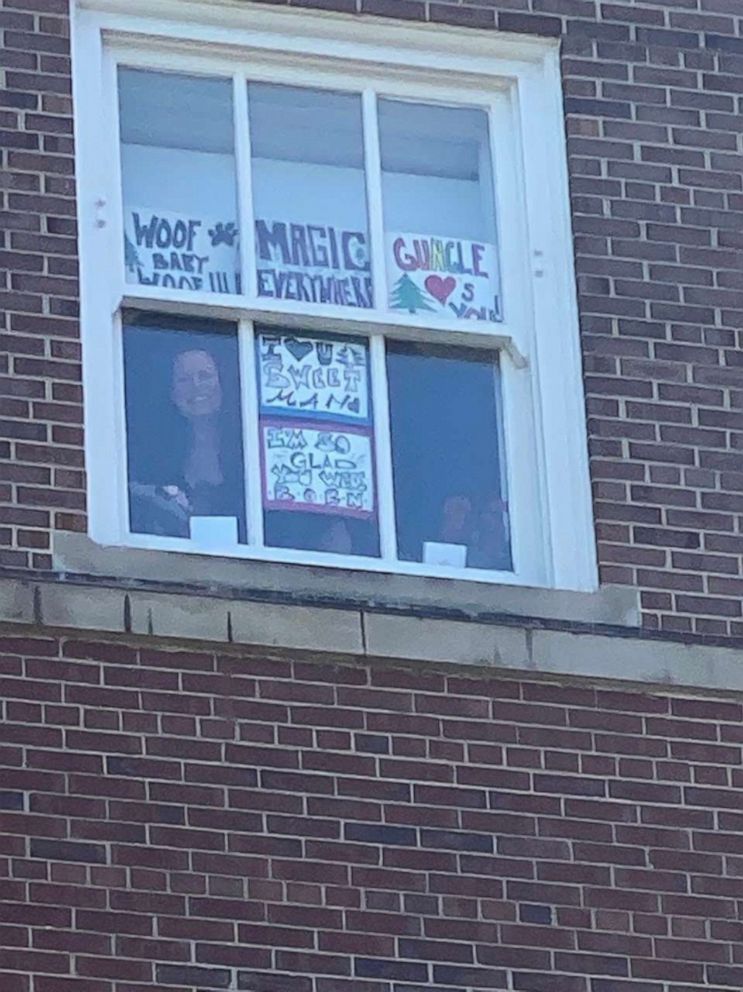 In addition to FaceTime and Zoom calls, the sidewalk that Moeller's window looks down onto has become a refuge for Conlin, who, along with date nights, often brings a lawn chair to just sit and be as close to Moeller and Forest as he can.

"I remember the day before she went into the hospital and we were both just sobbing and I was thinking how could Shona possibly be going through this without me by her side," he said. "It was really sad and scary but we just focused on the baby and tried to make the best of the situation."

"Shona has been really great with sending pictures and Forest gets monitored a few times a day and she calls me every time it happens so I’m able to hear his heartbeat," added Conlin, who holds signs outside the window that say things like "Proud Papa" and "Protect our Forest." 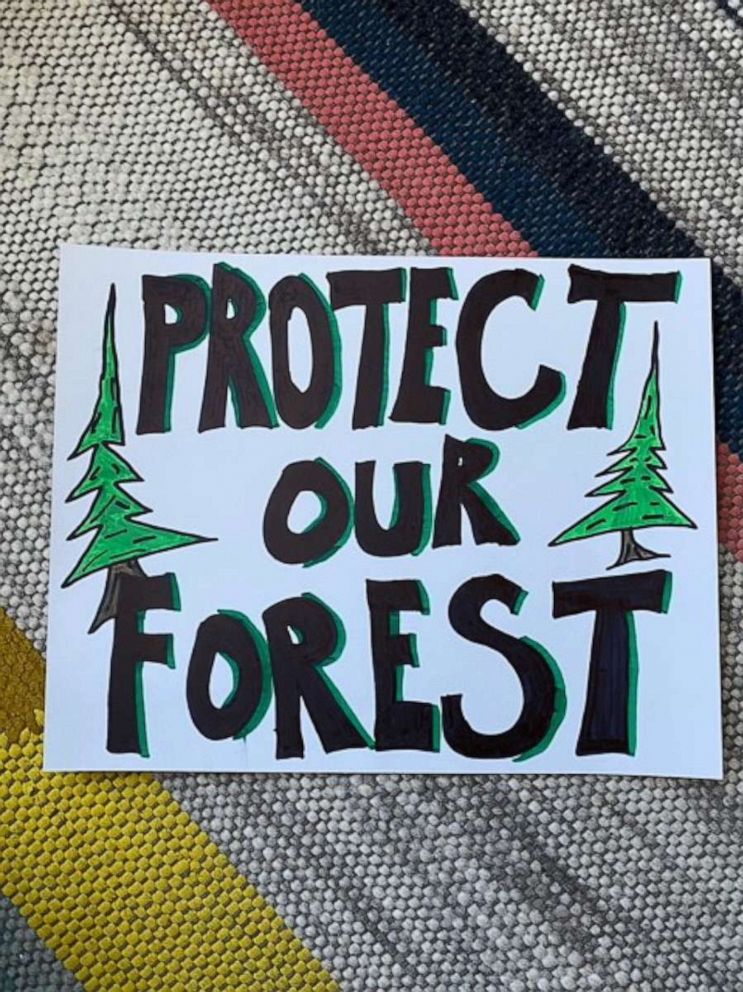 Moeller also FaceTimed Conlin when nurses at the hospital surprised her with a woodland-themed baby shower for Forest when they found out her baby shower with family and friends had been canceled.

"I lost it when Shona FaceTimed me," said Conlin. "It's so sweet." 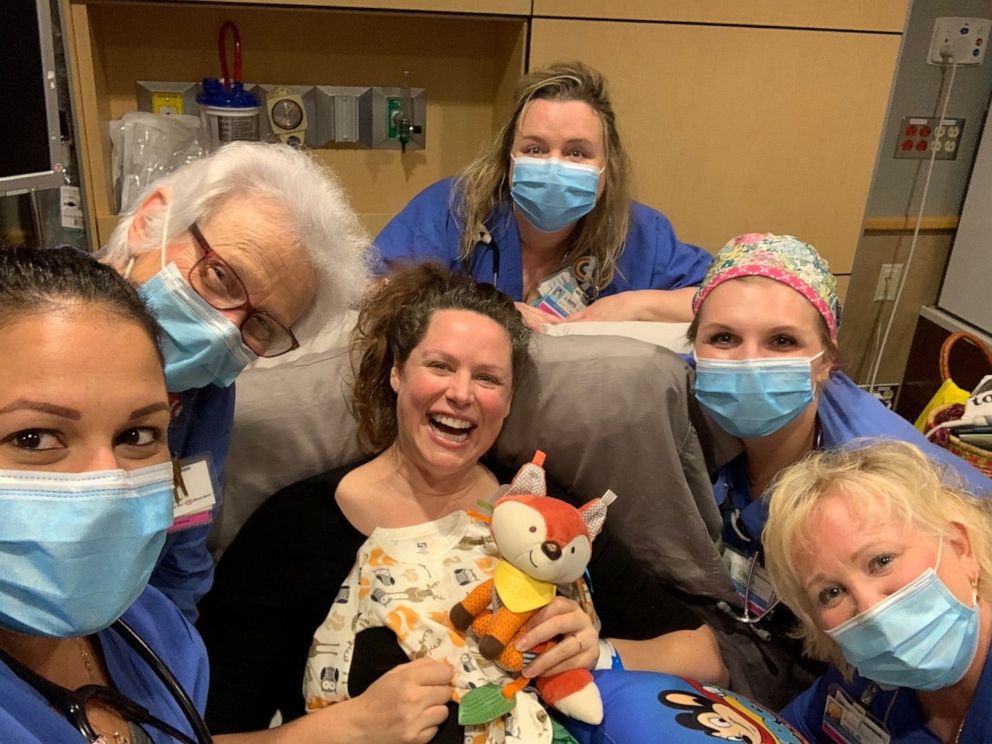 Conlin will be allowed in the delivery room when Moeller goes into labor and said he already has his go-bag packed and ready. Until then, the couple -- who started a GoFundMe to help cover the medical expenses associated with Moeller's weeks-long hospital stay -- will continue to stay by each other's side, even if they have a hospital's walls between them. 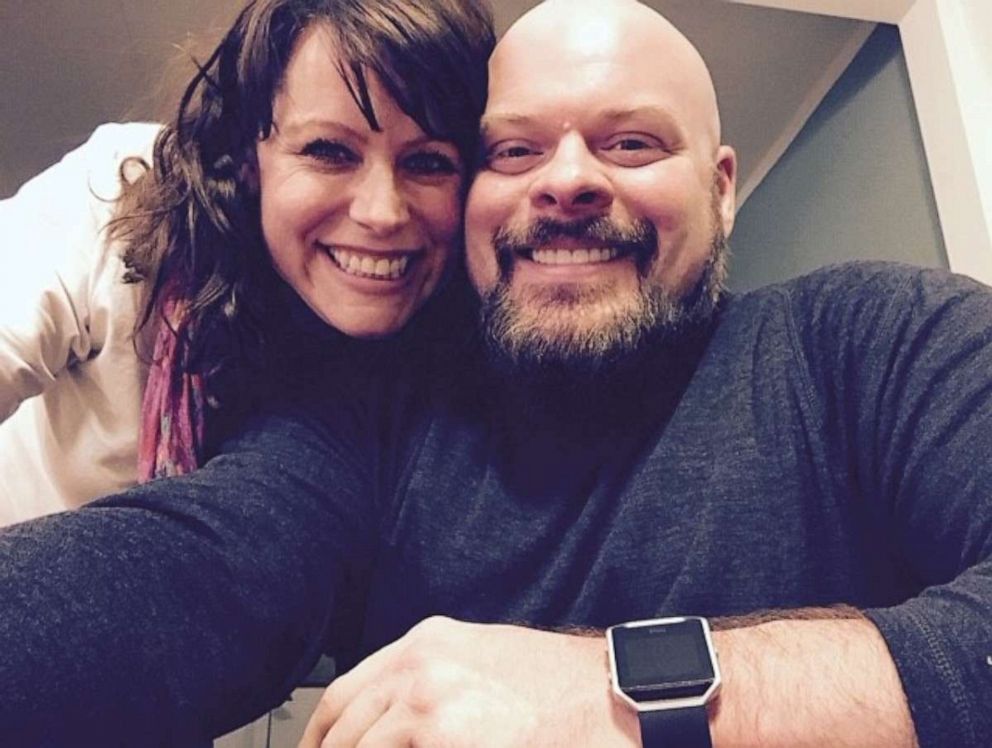 "He’s just been a beacon of support," Moeller said of her husband. "He has such a big heart."