When Tennille Webb returned to her job with Walmart after giving birth to a son in 2017, she was traveling four days each month and faced a dilemma well-known by breastfeeding moms: finding a place to pump.

While at an airport during one trip last year, Webb, a senior business relations manager in Walmart's global business solutions department, discovered a solution that is now part of a pilot program in three Walmart stores.

Webb was able to pump at the airport in Atlanta in a Mamava freestanding lactation suite.

(MORE: Travel advice for nursing and pumping moms: What you should know)
Editor's Picks

She brought the idea back to her bosses at Walmart and worked with her peers to create a business plan to install Mamava pods in Walmart stores. Now, one year later, Mamava breastfeeding pods have been installed in Walmart stores in Bentonville, Arkansas, Gilbert, Arizona, and Williston, Vermont. 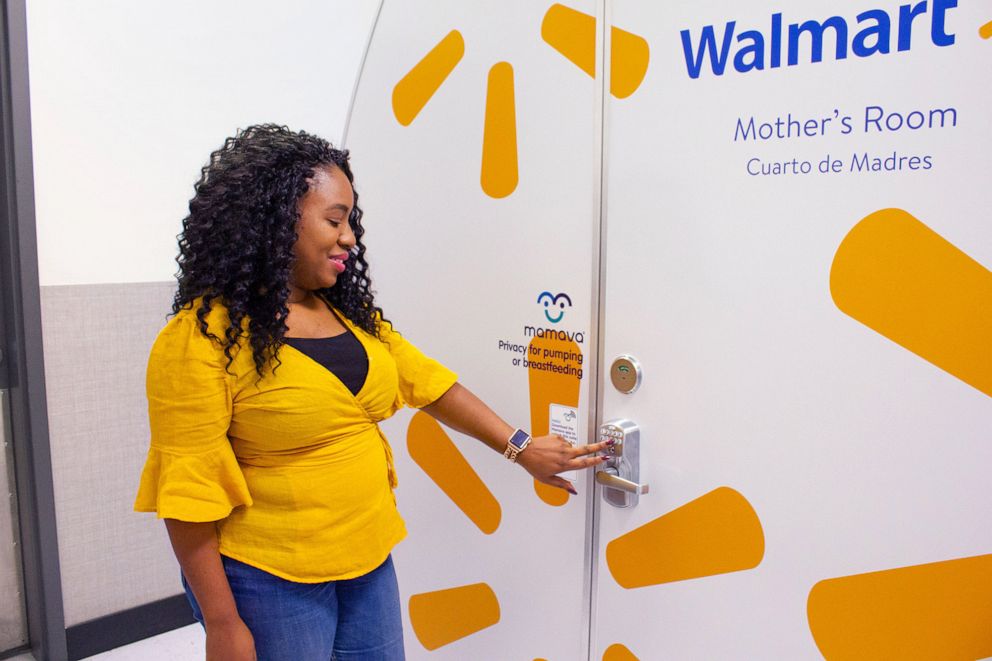 Walmart
Walmart associate Tennille Webb stands next to the Mamava pod at the Walmart in Bentonville, Arkansas.

Walmart, which has more than 5,000 stores across the U.S. and Puerto Rico, is the first retailer in the U.S. to install Mamava pods in stores, according to both Walmart and Mamava.

"To hear moms in all the cities that we have this pilot going tell us, 'I’m so happy this is here. I’m so grateful,' it's incredibly fulfilling," Webb told "Good Morning America." "It’s probably in the top three things that I’ve done and have been able to be part of in my life."

(MORE: Engineers, doctors and moms team up to 'make the breast pump not suck' and hack other barriers to breastfeeding

The Mamava pods are available for both customers and Walmart associates to use at no charge. The company is encouraging users in the three pilot cities to send feedback via the Mamava app that it will then use to decide whether to roll out the pods to other stores.

"It's safe to say that we have a lot of moms shopping in our stores every day," said Anne Hatfield, a Walmart spokeswoman. "This is another way to support moms, both our associates and our customers." 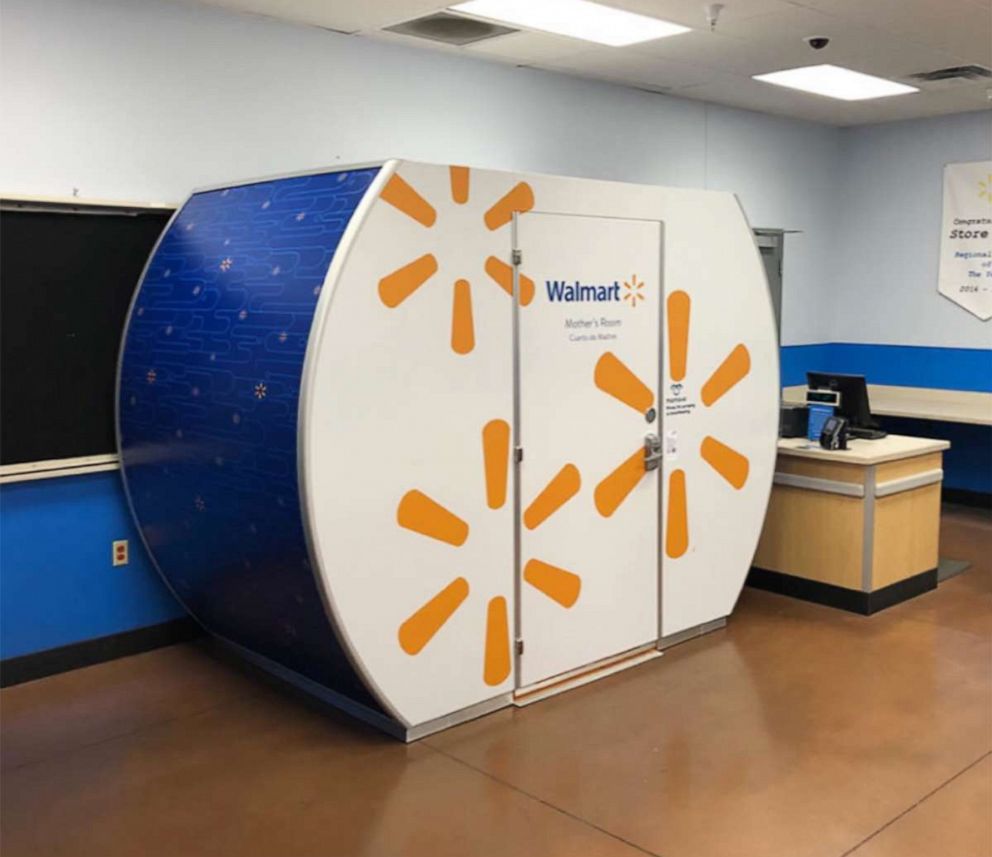 Walmart
A Mamava pod is pictured at a Walmart store in Gilbert, Arizona.

Mamava describes its product as an "all-in-one turnkey lactation solution for offices and public spaces," according to its website.

Each pod contains amenities that breastfeeding moms need like plugs, seating space and air conditioning. The pods can be opened via the Mamava app, which also lets users know the location of the pod nearest their location.

Moms can also control the air flow in the pod and dim the lights via the app. 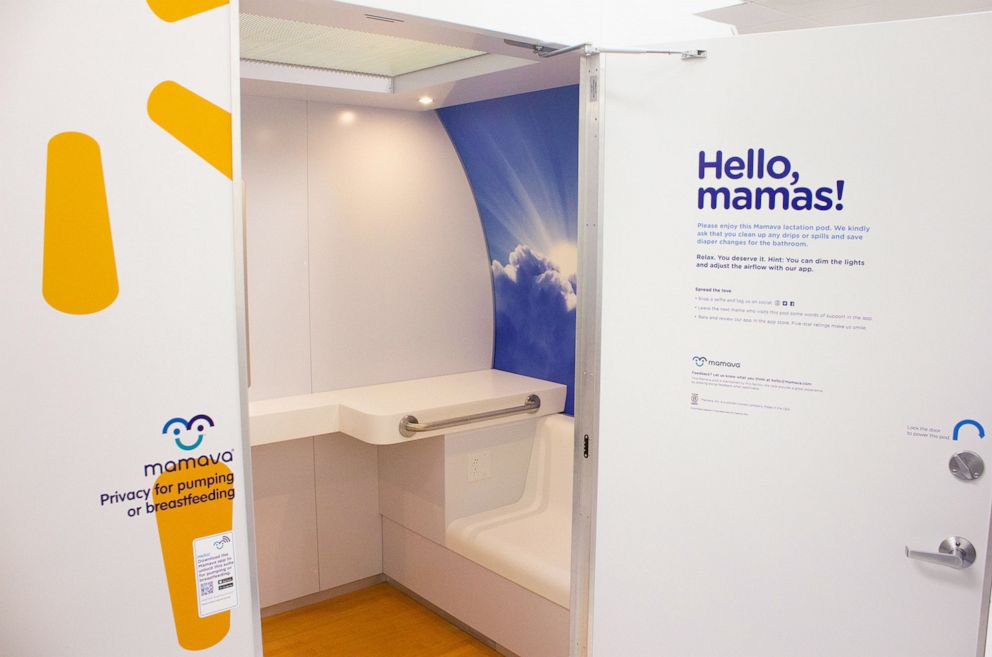 Walmart
A Mamava pod is pictured at a Walmart store in Bentonville, Arkansas.

The Mamava pods were created, as most breastfeeding inventions are, by two moms who were motivated by their own experiences, and those of their friends and coworkers, of breastfeeding and pumping in public places that lacked appropriate accommodations.

The Vermont-based company has seen its product placed in places like airports and Amtrak stations -- thanks to a petition from working moms -- but Walmart marks its first entry into the retail space.

"Our mission is to support all mothers who chose to breastfeed," Sascha Mayer, co-founder and CEO of Mamava, said in a statement. "We are so excited for Walmart to be the first retailer piloting this program, which not only supports the 'mama' guest shopper and family, it also provides a new option for Walmart associates who work at the store."

"Our hope is that we can help roll this out nationally so that mothers will be able to find a comfortable place to pump or breastfeed in every community," she said.