A group of kidney donors is going to great heights to educate others about being a live organ donor.

The Kidney Donor Athletes, a national organization working to educate and change the perception around live organ donation, is doing so through their “one kidney climb.” This year, on March 10, which marks World Kidney Day, the group of 22 kidney donors are climbing to the summit of Mount Kilimanjaro in Tanzania.

“The purpose of this climb is to show people around the world that it’s possible to thrive on one kidney,” Tracey Hulick, founder of Kidney Donor Athletes, told “GMA.” 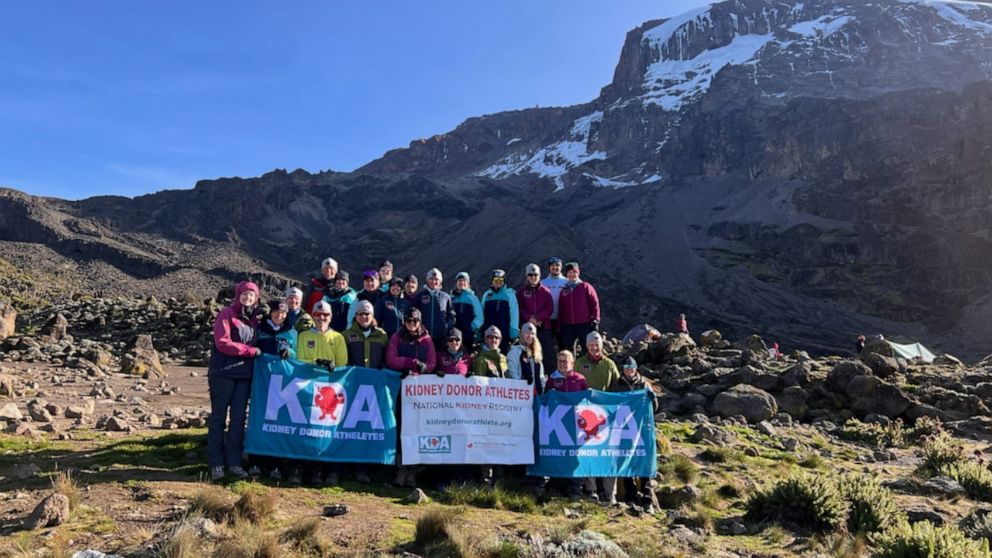 Hulick and the rest of the climbers are part of 22 separate donation chains. When someone donates to a stranger on behalf of someone they know, it sets off a chain reaction and an opportunity for many more lives to be saved. The donors who are taking part in the climb have different reasons for donating.

“Growing up, I had a classmate who passed away because he couldn’t find a bone marrow donor,” Samantha Carreiro of Dover, New Hampshire, said. “In that moment, I kind of just knew that given the chance to help somebody eventually in my life, I would do so.”

Carreiro eventually donated a kidney to a spin instructor at a gym she belonged to for years. She learned that he needed a kidney and knew this was something she was supposed to do.

For Steve Wilson of Katonah, New York, he was inspired to become a kidney donor after learning about his high school acquaintance’s daughter, who received a life-saving kidney transplant from a woman in their hometown.

He said he was “excited” for the recipient and her parents and was deeply moved by the “ultimate act of selflessness” from the donor. Wilson said he later donated his kidney to a 53-year-old woman in Seattle.

“It’s a way to leave an imprint on the world, to make somebody’s life better, to give somebody else a second chance at life,” Wilson added “To see their children grow up and maybe their grandchildren.” 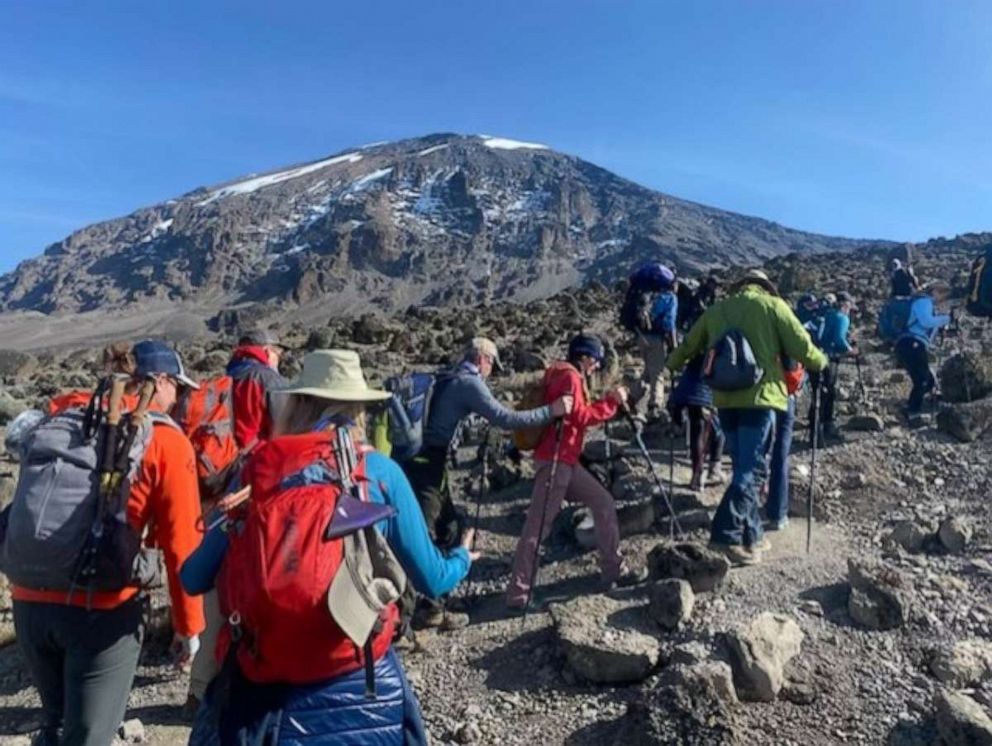 Patients need kidney transplants if theirs start to fail and are no longer able to rid the body of toxins, according to the University of Chicago Medicine. Patients can wind up extremely ill: symptoms of kidney failure can progress from mild fatigue to life-threatening heart rhythms.

There are approximately 97,000 people on the National Kidney Transplant List, and more than 3,000 are added to the list each month. However, many patients spend years on the waiting list because there aren’t enough organs available, according to the University of Chicago Medicine.

The National Kidney Foundation notes that 13 people die each day while waiting for a life-saving kidney transplant.

MORE: Nurse who traveled to treat COVID-19 patients donates her kidney to toddler

Through their climb, the Kidney Donor Athletes are hoping to get the message out there that it’s possible to live on one kidney, and they hope to inspire others to donate, too.

“Something that’s important to all of us is to normalize kidney donations,” Patty Graham, a Kidney Donor Athlete from Boulder, Colorado, said. “We’re not heroes, we’re normal people. We lead normal lives. In fact, all the donors -- I know our lives are even better and more enhanced after donation.”

“What is life if we’re not helping each other?” Carreiro added.