Laurent Duvernay-Tardif is known as an offensive lineman for the Kansas City Chiefs, but last May, the NFL player swapped his football jersey for scrubs to help out on the front lines of the coronavirus pandemic.

Laurent, who is the only active NFL player who is also a doctor, rushed back to Montreal, his hometown, just weeks after he and his team took home last year's Super Bowl title, to help at a long-term care facility.

Now, as the Chiefs try to beat the Tampa Bay Buccaneers on Sunday for their second straight Super Bowl title, Tardif will be cheering his team on from afar after making the decision to opt out of the 2020-21 season to continue his work on the front lines.

"It's tough, I miss the game, I miss the locker room, I miss being with the guys," Tardif told "Good Morning America." "But I'm in peace with my decision. I do think I made the right choice."

When Tardif started at the long-term care facility, he was assigned to administration of medication and did a little bit of everything as an orderly, working three to four shifts a week.

"I went back to the hospital setting really with the mindset of the medical student," said Tardif. "It took me a while to kind of figure out like, 'OK I want to do part-time work in the long-term care facility.'"

In addition to his time as a health care worker, Laurent continued to train virtually with the Chiefs, who were supportive of his work.

When he made the decision to skip football just days before training camp -- an option given to all players due to COVID-19 -- Tardif still received an outpouring of support from his teammates and his head coach, Andy Reid.

MORE: Little girl channels favorite Chiefs player and the Super Bowl has never been this cute

"He had to make a big-time decision and he did that for a great cause," Reid said earlier this week. "I mean who could argue with that? This was to save people's lives."

"I thought everybody was going to crush me for not playing football. For him to say, 'I respect your decision and I support you' back in July, it really means a lot," Tardif said. 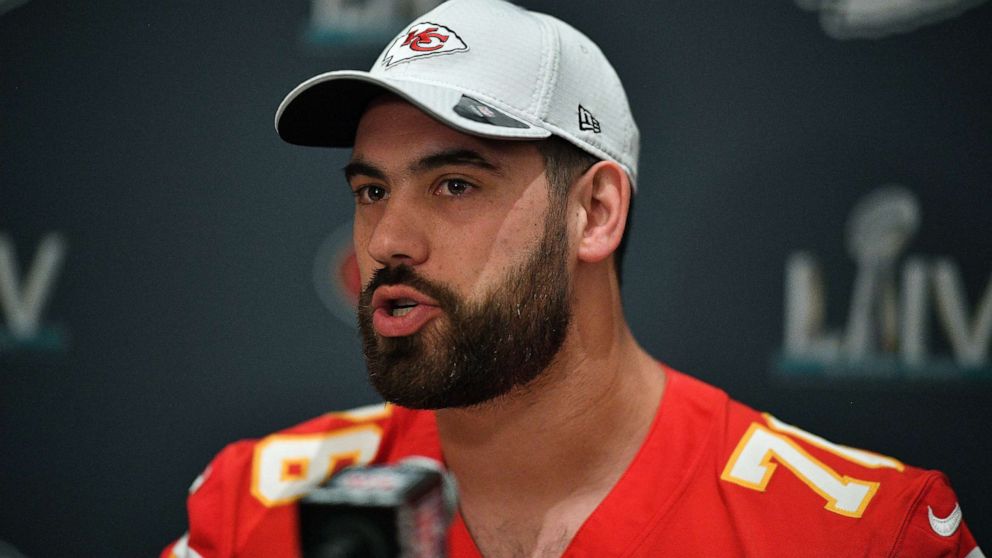 This weekend, he'll be rooting for his team from home.

"Right now, I'm the biggest Chiefs fan," said Tardif. "I wish I could be on the field right now for sure. I'm going to watch it by myself because that's all we can do right now and support the Chiefs."

And while Tardif misses football, and knows what the game means to millions of fans, he said he ultimately made the right call. And he won't be saying goodbye to the game anytime soon.

"I think this year my role was here in Montreal, trying to help and contribute like thousands of others did," he said. "I still have some football left in me."