Romar Lyle’s dream job was becoming a police officer, and now thanks to a nearly 200-pound weight loss, his dream has become a reality.

Lyle grew up in Brooklyn, New York, and said he and his friends sometimes would have their possessions stolen.

Whenever that happened, Lyle said he felt "hopeless" and wanted to learn why people do such things. Therefore, he went for a degree in psychology and criminal justice. After graduating, he sought a master’s degree in investigative forensics.

While studying for his master's, he began working as a resident director helping students with mental health incidents, sexual assault and other issues on campus. He began riding along with university police officers and decided he wanted to become an officer after graduating. There was one thing in the way of obtaining his dream job -- his weight. Lyle weighed 405 pounds and knew that would be a problem meeting the physical demands of the job. 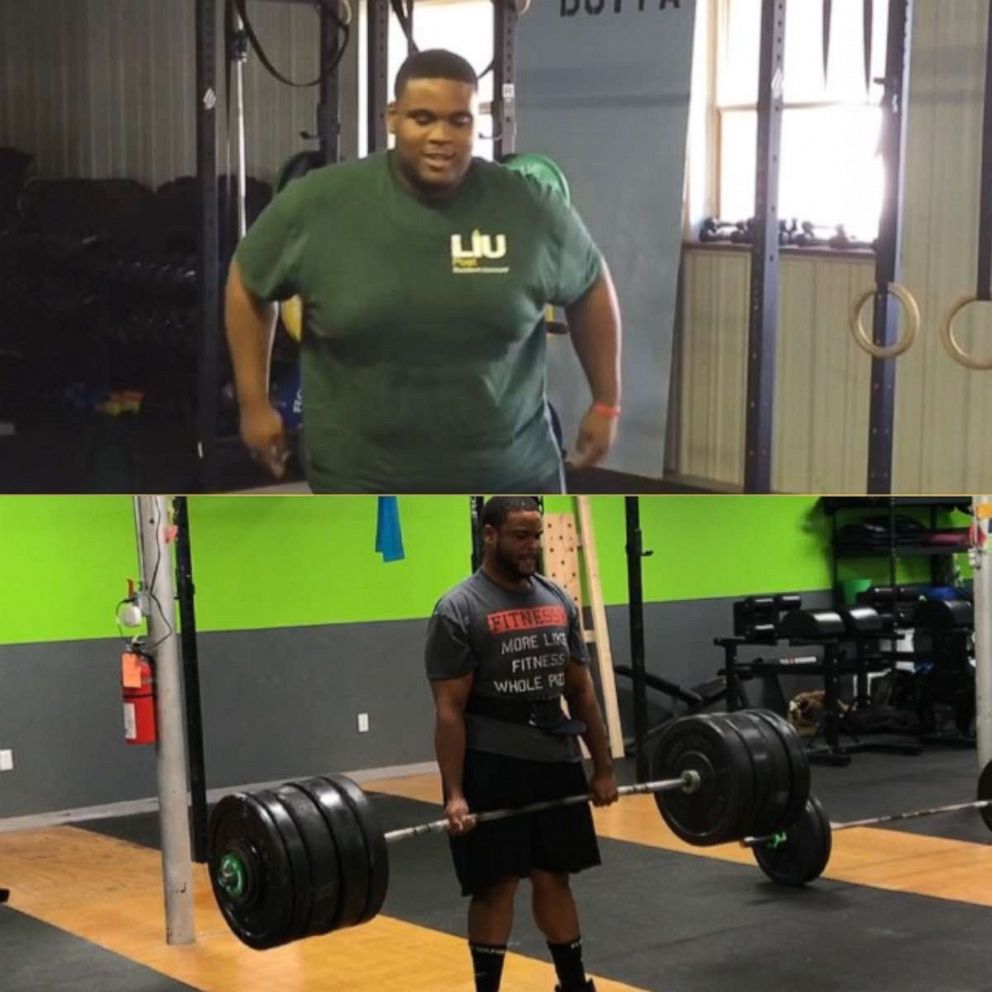 Courtesy Romar Lyle
Before and after photo of Romar Lyle on his weight loss journey.
Editor's Picks

“When I was doing my master's I knew I was overweight,” he said. “I knew I needed to lose weight, but it was just so hard.”

(MORE: How 3 women lost over 100 pounds each by changing their diets and lifestyles)

In late 2015, Lyle said his supervisor told him about a CrossFit gym he went to that was five minutes from campus and invited him along. Lyle said he had hesitations about going because he felt uncomfortable about his weight. However, he went, but told himself he wouldn’t stick with it. 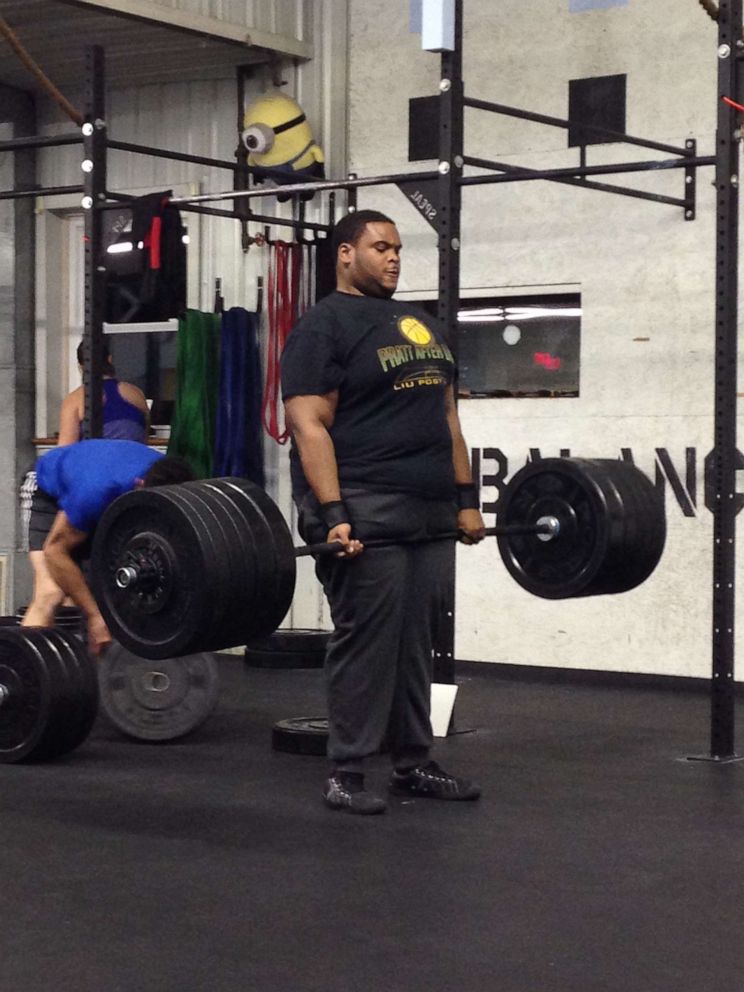 Courtesy Romar Lyle
Romar Lyle at the Crossfit gym in Pennsylvania he worked out in while getting his masters degree.

“I’ll never forget that first workout,” Lyle said. “We had to run 400 meters and instead I just ran 100 meters. By the time it took me to get there the people had already run the 400 meters and were on their way back. I wanted to cry.”

But he got cheers from his gym classmates. 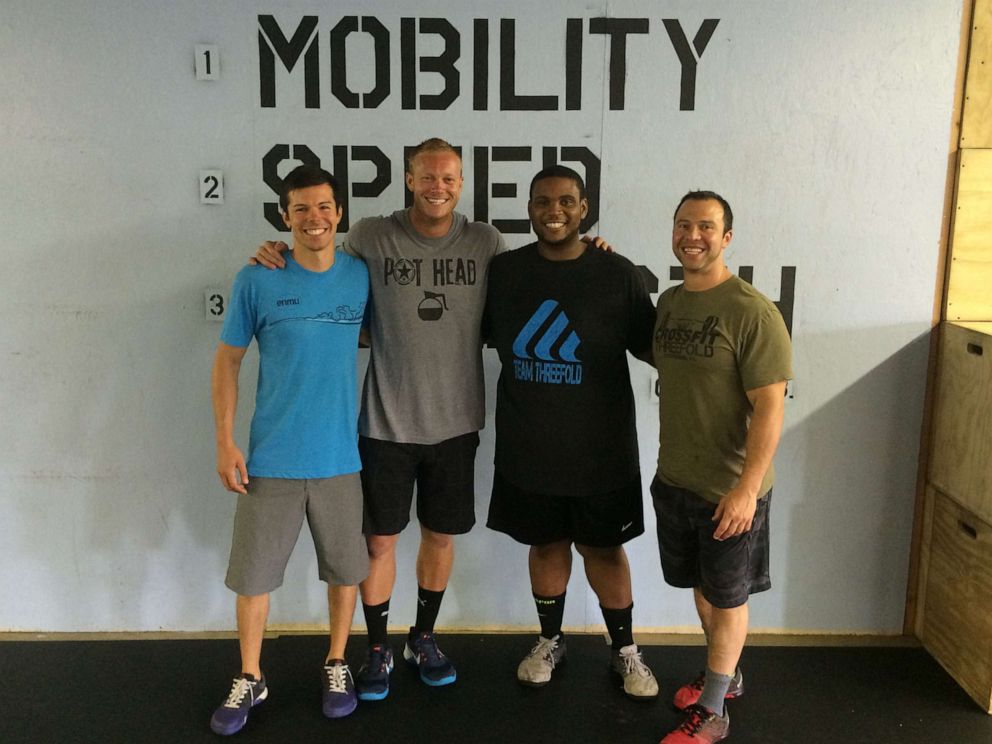 Courtesy Romar Lyle
Romar Lyle poses with his coaches who help him continue to live a healthy lifestyle.

“I remember saying to myself, ‘Wow nobody’s laughing.'" Lyle said. "Everyone was encouraging.”

With the support of his trainers and fellow gym goers, Lyle soon started going to CrossFit every day. The change of lifestyle also brought a change of perspective.

(MORE: How 4 relatives lost more than a combined 400 pounds)

“I kept going, and I started to love it. It wasn’t even about weight loss anymore. I genuinely had fun working out and trying to build a better life,” Lyle said. “Before, I knew I couldn’t work in law enforcement, but the more time went by the more I thought, ‘Wait, this is actually possible.’” 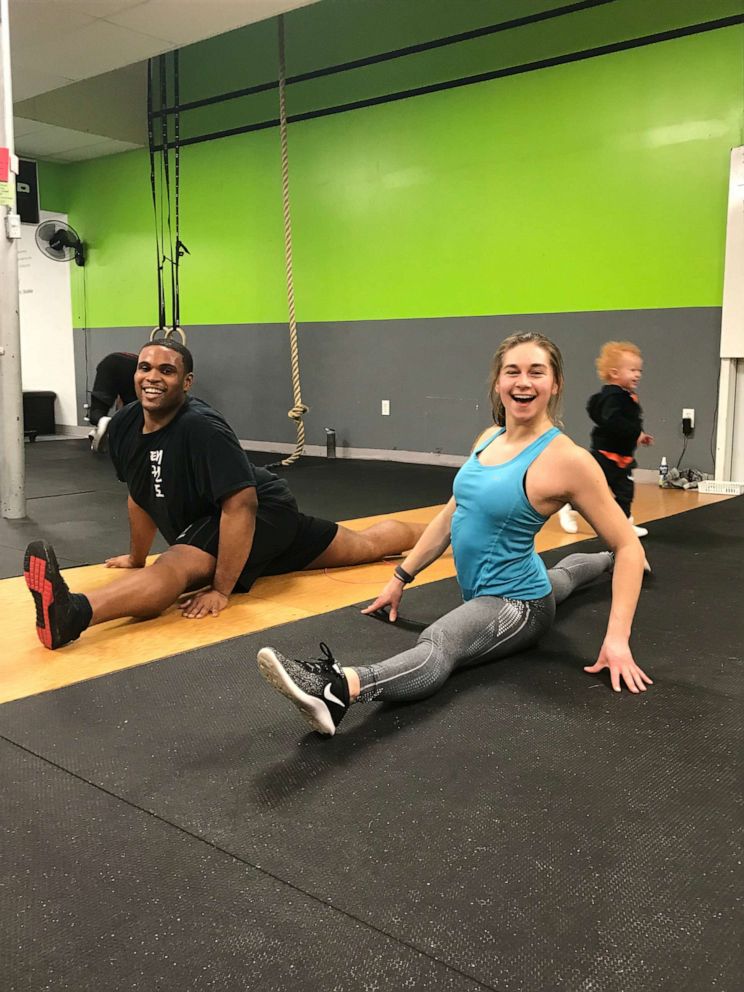 Lyle earned his master's in 2017 and had lost enough weight to get into the police academy. The academy -- seven months of physical and mental training -- proved to be Lyle’s biggest challenge.

“It was so challenging and draining, but I kept trying to push myself each day,” Lyle said. “One of the other recruits said, ‘You motivate me to do this every day.’ It was just having that support to keep going that got me through. Every day is a new day to be a lot healthier for me than that day I was before.” By the time he graduated from the academy, Lyle had lost 183 pounds. 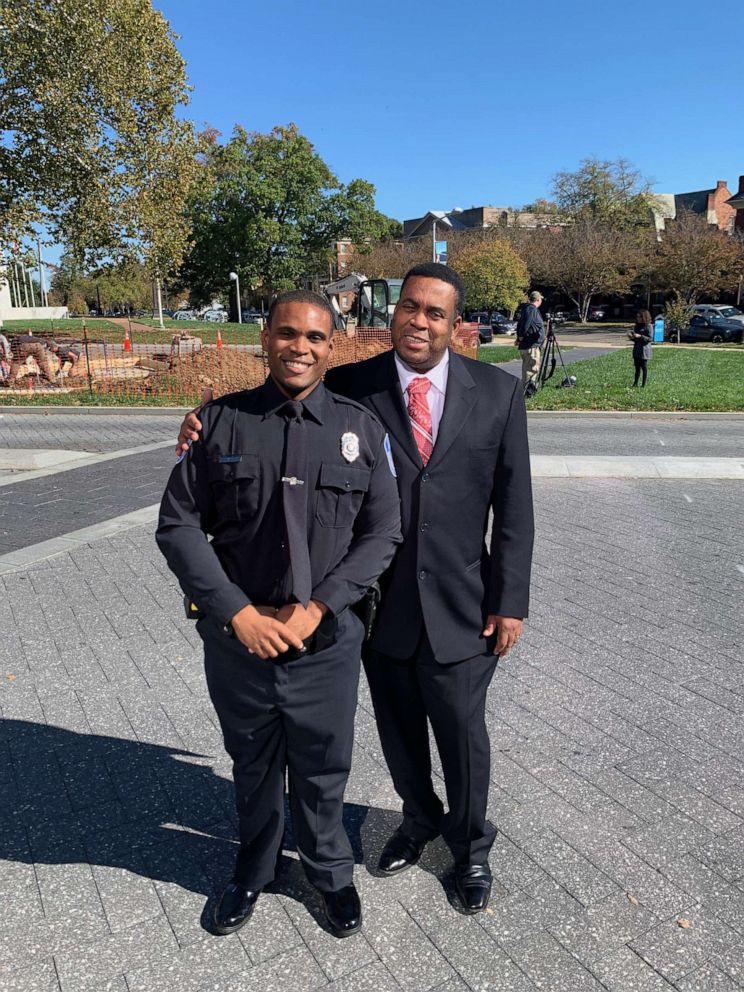 Courtesy Romar Lyle
Romar Lyle and his father pose after Lyle's graduation from the police academy.

For anyone who feels their weight is holding them back from their goals, Lyle says it’s all about “baby steps.”

(MORE: 4 ways to improve your diet this season)

“Start to make different choices and don’t go cold turkey. It’s a small step and eventually it will click. It just gets better and better from there,” Lyle said. “It doesn’t happen all in one day. It’s a lifestyle change. Find people who support you in that change and focus on what you want to do.”

Now weighing just 222 pounds and working as an officer, Lyle says he is “exactly where he needs to be.”

“I’m in a good place where I feel happier and healthier,” Lyle said. “I can’t wait to see where I can go from here.”