Jennifer Nash was 24 weeks pregnant when she contracted COVID-19 in March, just as vaccinations for the virus were being distributed more widely across the United States.

Nash, 34, of Yorba Linda, California, was not eligible to be vaccinated when she contracted the virus, which led to a months-long hospital stay and potential lifelong health complications, according to her husband, Ryan Nash.

"I never thought this would ever happen to her or to us," Ryan Nash told "Good Morning America." "I'm glad our story is getting out because it's a reminder to people of what the ramifications [of COVID-19] could be. You really just don’t know."

When Jennifer, a hairstylist, first contracted COVID-19, she isolated herself from her husband and their 2-year-old daughter, who later also tested positive for COVID-19.

Around six days into her quarantine, Jennifer was getting continually worse and developed a severe cough and shortness of breath, according to Nash.

"She doesn’t complain a lot and I think she was just trying to power through this and didn’t realize how bad it was," he said. "I heard her coughing too and just thought it was part of COVID, so it’s hard to know." 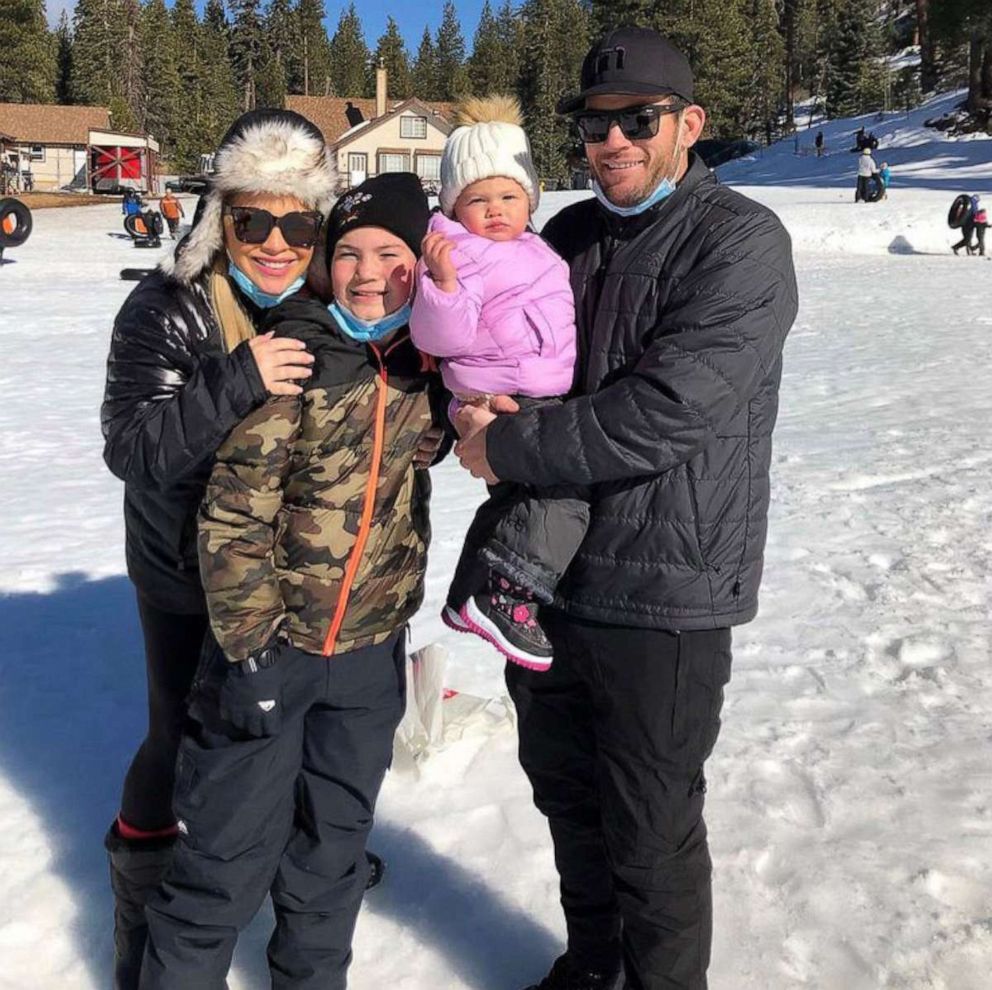 Jennifer was hospitalized for the virus on March 30 and has not returned home since. The severity of Jennifer's case led her to be transferred from a local hospital to a hospital in Los Angeles for higher level care, according to Nash.

She was put on a ventilator and then an extracorporeal membrane oxygenation, or ECMO, machine, which removes carbon dioxide from the blood and sends back blood with oxygen to the body, allowing the heart and lungs time to rest and heal.

In early May, doctors told Nash that Jennifer continued to get worse and they needed to do an emergency C-section to deliver the baby. 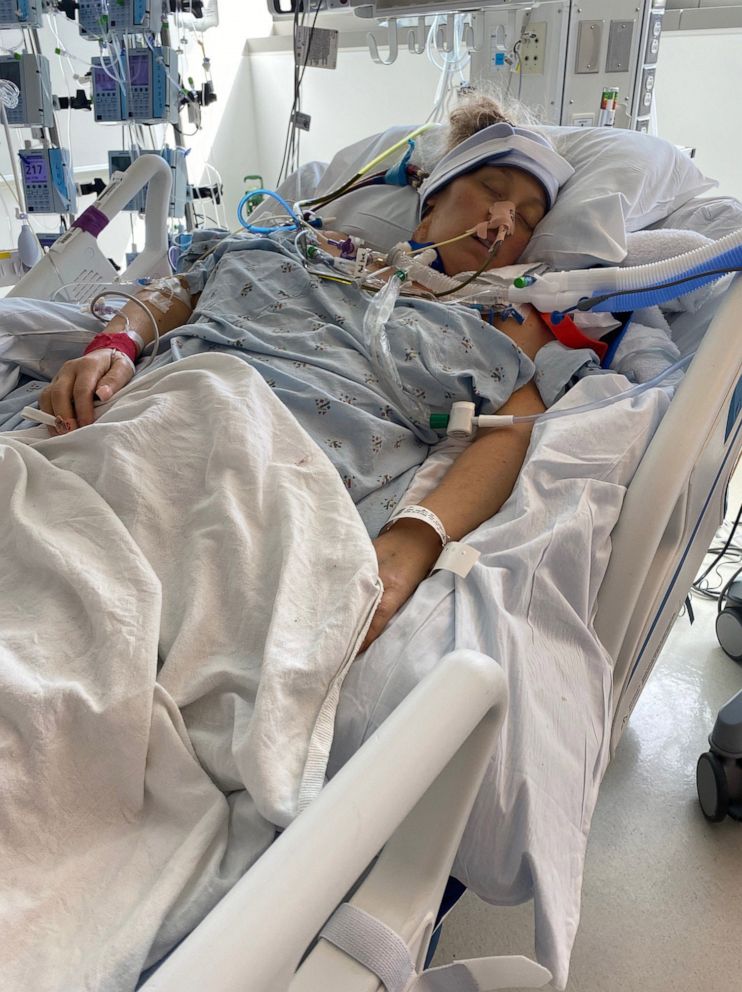 Ryan Nash
Jennifer Nash, of Yorba Linda, California, was contracted in COVID-19 in March when she was 24 weeks pregnant.

"Being her age and being healthy, they always thought that once the baby came her body would get better because it had been trying to work for two people," said Nash. "On May 1, they called me and said that Jen’s blood pressure was dropping and they thought they’d have to take the baby sooner than they wanted to do."

Two days later, on May 3, doctors delivered the Nashes' daughter, Presley, who was born at 29 weeks. Jennifer was sedated when she gave birth, according to Nash.

"We didn’t think Jennifer would make it through the surgery and didn’t know what kind of quality of life the baby would have," he said. "Then they thought when the baby was delivered, she’d do a turnaround but she got worse after."

Presley, who weighed 2 pounds, 13 ounces at birth, tested negative for COVID-19 at birth and is expected to remain in the neo-natal intensive care unit (NICU) for another month. 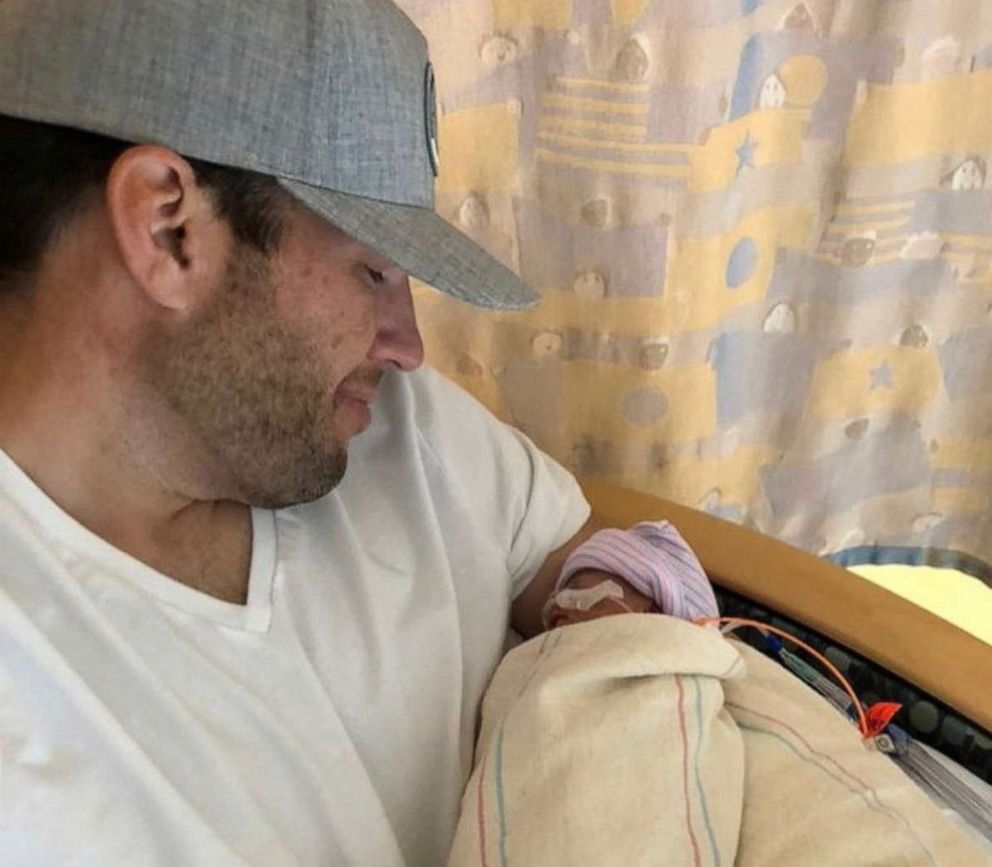 Jennifer had to wait to meet her newborn daughter until nearly one month after her birth.

"Jen was kind of coming out of sedation and she had all her tubes in and wasn’t talking at that time either," said Nash. "The team said they thought it was important to get Presley there to see her mom for motivation." 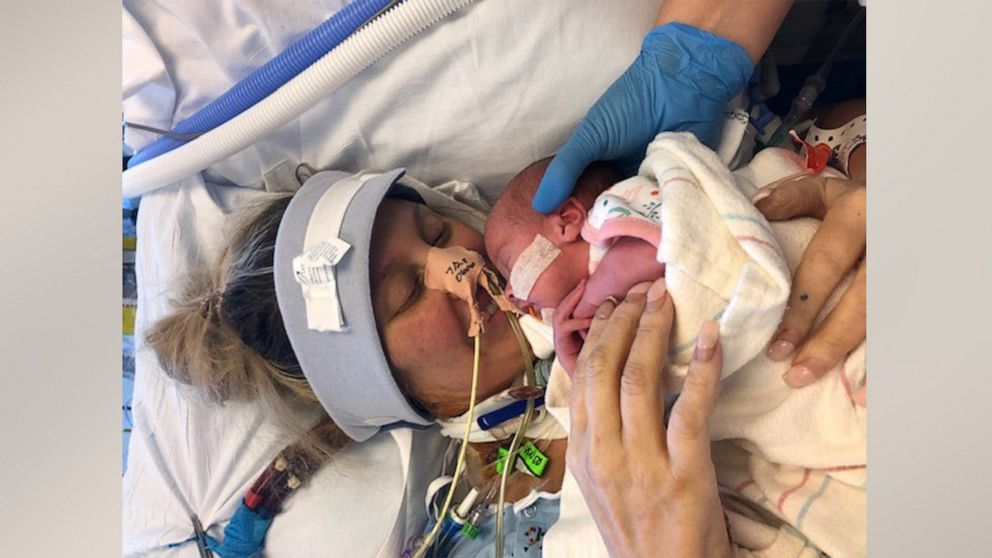 Describing the moment that Jennifer met Presley for the first time, Nash added, "It was the most emotional moment of my life. It was a moment we at some points didn’t think we were going to see."

"There was definitely a visible connection and you could see tears coming from her," he said of Jennifer. "And Presley knew that was her mom. Even the NICU nurses said she was so calm being held by her mother." 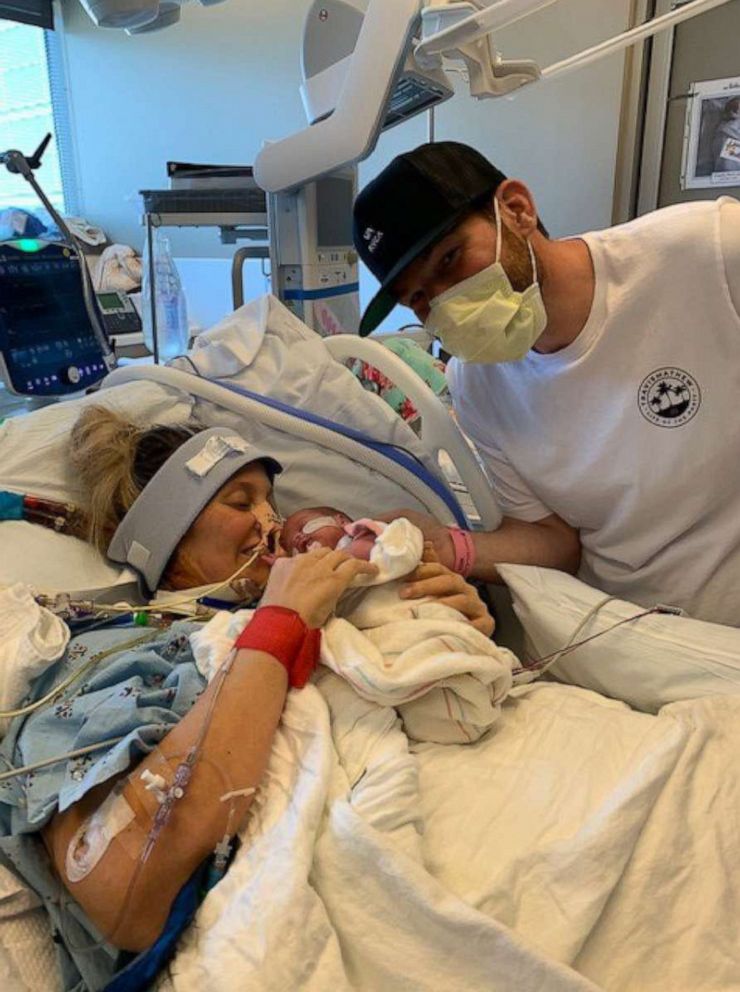 Meeting Presley for the first time did seem to provide motivation for Jennifer, who has continually improved ever since.

"It's a miracle in that sense," said Nash. "Doctors have told me that scientifically and medically, she should not be here right now."

Jennifer is now in physical therapy, relearning how to walk and talk. Doctors still do not know what kind of long-term complications she'll have from COVID-19, including the possibility of needing to be on oxygen for the rest of her life, according to Nash. 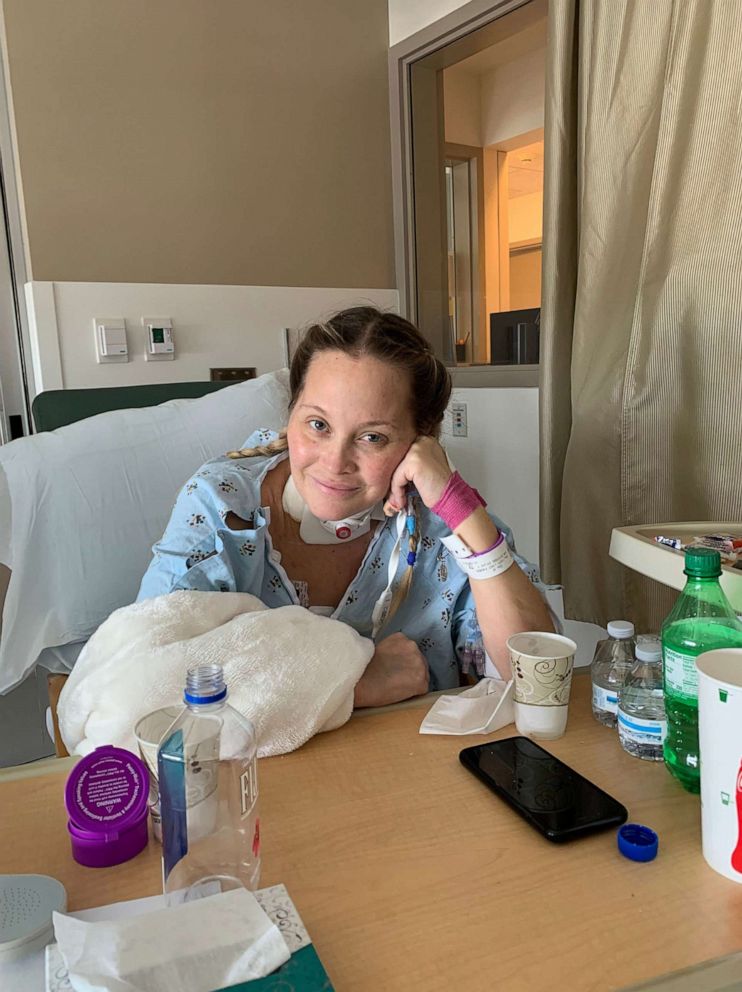 Ryan Nash
Jennifer Nash, of Yorba Linda, California, remains hospitalized as she recovers from complications due to COVID-19.

The Nashes' family and friends have started a GoFundMe account to help the family as they prepare for Jennifer's recovery ahead, including rehabilitation and a home health nurse.

Earlier this month Jennifer was able to see her oldest daughter Camryn, in person, for the first time since March.

"That was another emotional time, just tears of happiness," said Nash. "I tell people all the time, she didn’t stay on this earth for me, she did it for children. Her goal in life was to be a mother."